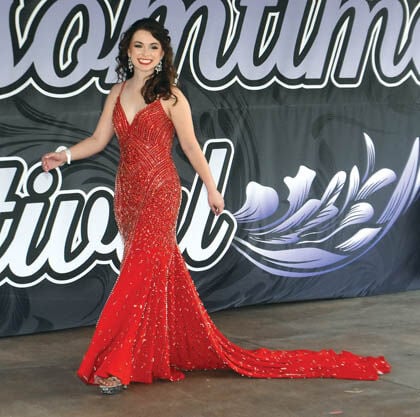 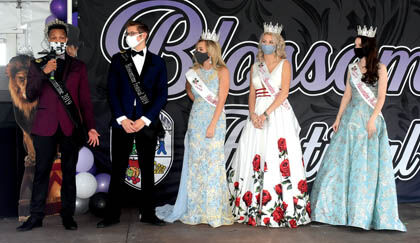 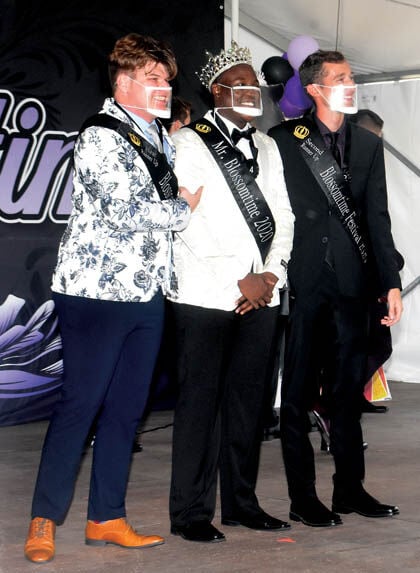 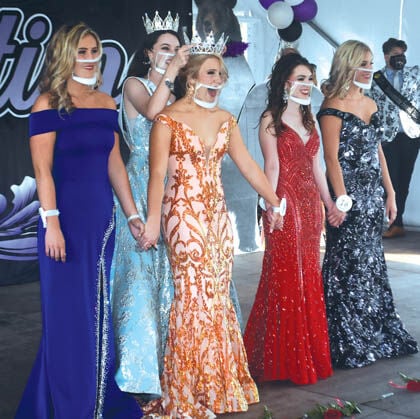 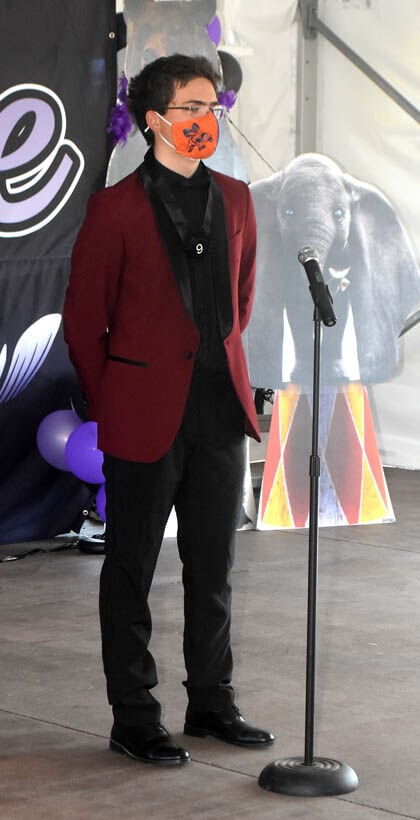 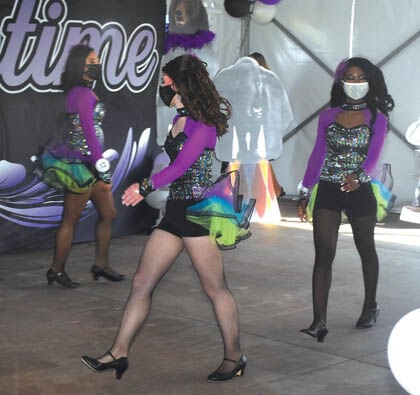 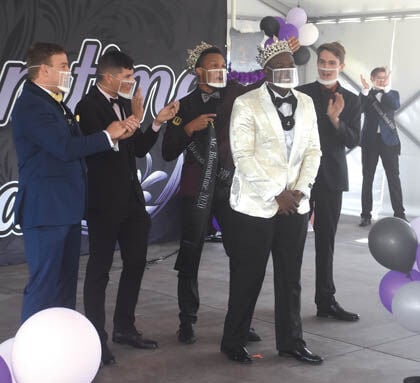 The crowning of Mr. Blossomtime 2020. 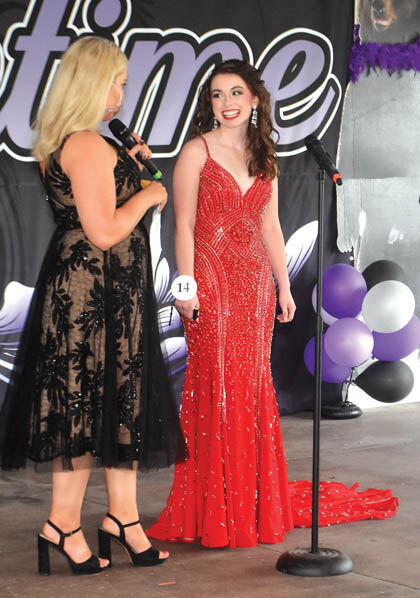 The crowning of Mr. Blossomtime 2020.

BENTON HARBOR — The Blossomtime Festival's 2020 royal courts were crowned more than six months later than normal on Saturday, Sept. 26, in a pair of pageants that almost didn't happen.

Miss Blossomtime 2020 Faith Kittleson of Berrien Springs and new Mr. Blossmtime Jeremiah Sterling Jr. of Benton Harbor lead the new court. Due to the COVID-19 pandemic, the pageants were delayed six months and held outdoors on the breezy afternoon of Sept. 26 under a tent at the Harbor Shores Golf Club in Benton Harbor. The public was not invited because outdoor gatherings are limited to 100 people.

"I feel honored," Sterling said after winning the Mr. Blossomtime Pageant (held prior to the Miss Blossomtime event), with his smile beaming through the clear face mask he was wearing. "All I can do is thank God for the opportunity."

Sterling, a Benton Harbor High School graduate, is the son of Ambie Bell and Jeremiah Sterling of Benton Harbor. He was crowned by the 2019 winner, Sin'cere Taylor of Coloma, who is studying underwater welding in Seattle, Wash.

"It feels amazing to have closure," Kittleson said when she was announced as one of the six finalists.

She said that if she was named Miss Blossomtime, she wanted to inspire children.

"I think reaching them is the most important," she said. "They're the ones that look up to us."

After she was crowned Miss Blossomtime, Kittleson thanked all of her supporters.

Kittleson, from Berrien Springs High School, is the daughter of Eden Partlo and Cary Kittleson.

There was no Mr. Nice Guy or Miss Congeniality for 2020 because contestants didn't spend enough time together.

Miss Bridgman 2020 Rachel Scharnowske was one of six finalists in the Miss Blossomtime Pageant.

Blossomtime President Anna Abdelnour said the pageants were put together in less than three weeks when officials decided that the young contestants deserved it.

"2020 has been challenging for everyone, and our pageant will present itself differently than years past," she said. "But the heart of the festival continues to beat strongly for the young people of our communities as we travel this new road together."

Even though many things were shortened, Abdelnour said it was still "The Greatest Show," in keeping with the year's theme.

Because the public was not invited, the pageant was streamed live by WSJM on Facebook and on its radio station. But that presented unique problems, with the live feed of the Mr. Blossomtime Pageant disappearing as the finalists were being announced.

The Blossomtime Festival later posted an apology, saying that Facebook took the video down due to music rights. The music was toned down during the Miss Blossomtime pageant due to Facebook restrictions.

Elliott read a letter from Ellis, a student at Grand Valley State University, in which she said she was doing her part to slow down the spread of the virus by staying in her "cozy apartment in Allendale."

The judges for the Mr. Blossomtime pageant were: Paige Canino, Katlynn Kennedy and Paige Carioti.