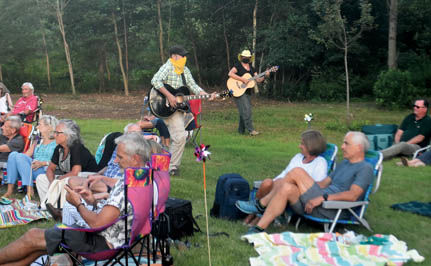 Tim Menard and Patti Shaffner play their guitars amongst the socially distanced crowed during the finale of the July 11 “A John Prine Celebration” event put on by The Acorn Theater. 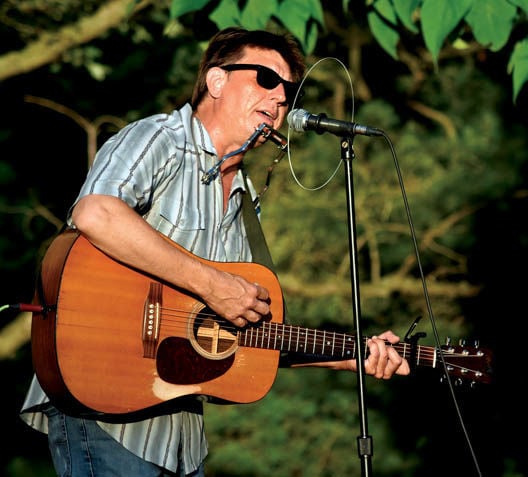 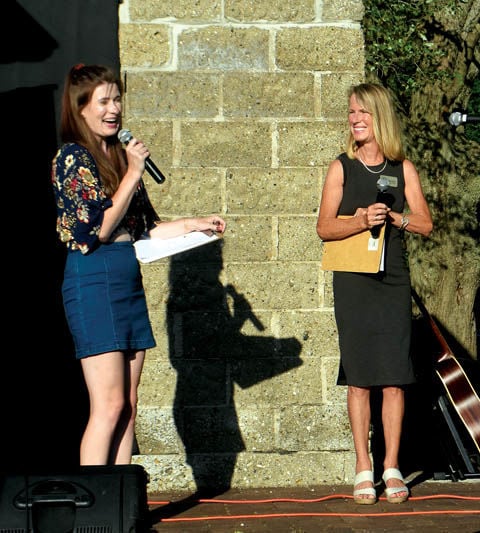 Margaret Thompson and Sandra Thompson introduce the line-up for the July 11 Acorn Anywhere! Celebration of John Prine event in Harbert. 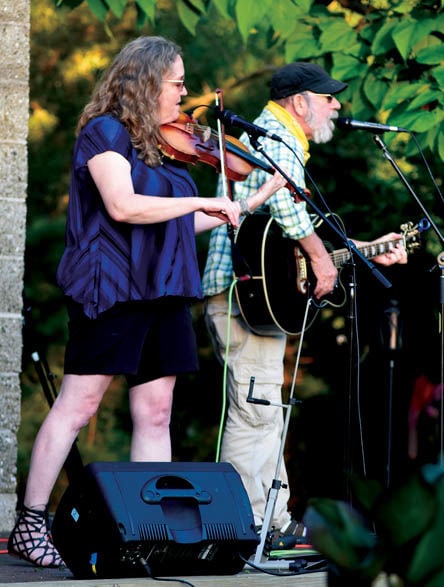 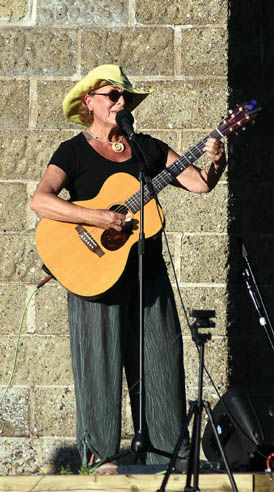 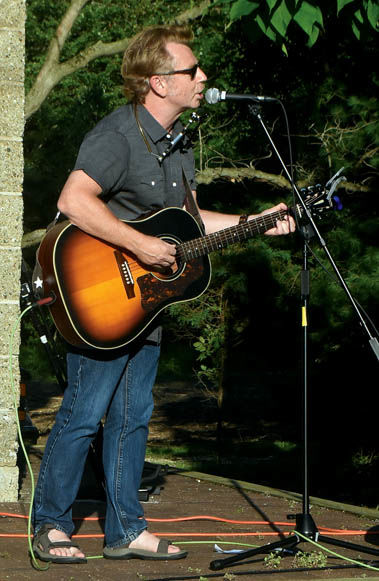 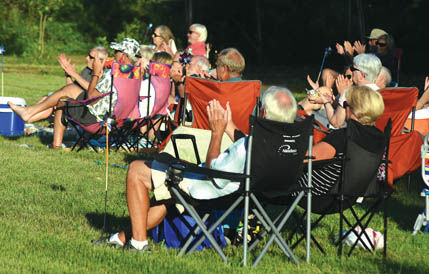 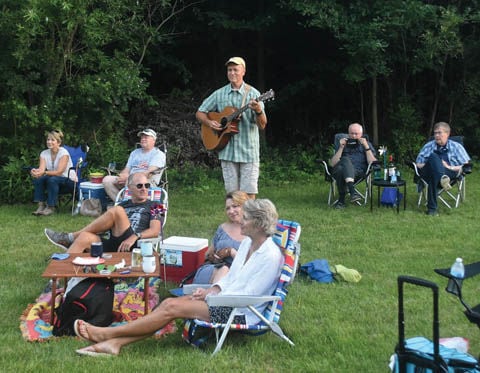 Tim Menard and Patti Shaffner play their guitars amongst the socially distanced crowed during the finale of the July 11 “A John Prine Celebration” event put on by The Acorn Theater.

Margaret Thompson and Sandra Thompson introduce the line-up for the July 11 Acorn Anywhere! Celebration of John Prine event in Harbert.

HARBERT — A tribute to the music of John Prine held Saturday, July 11, in the back yard of Executive Director Sandra Thompson kicked off the Acorn Anywhere! “exciting new series of fun events.”

“We cannot feel more excited right now having you guys here and being able to have some live music,” Thompson said to the socially distanced audience that had been invited to the special fund-raiser (also livestreamed on the Acorn’s Facebook and YouTube pages).

She said future shows will be held “in Harbor Country and all around” when it is safe for crowds to gather.

“I’m really looking forward to a day that we can all be together in the Acorn, but for now this is pretty awesome,” Harsch said before beginning the John Prine Celebration.

Performers expressed their longtime admiration for Prine and his music during the evening.

Kanyer said Prine is probably the reason he took up music back in his collegiate days before leading off his set with “Dear Abby.” which he thinks of as “a funny song” created by an artist who “is not a great picker, he’s not a great singer — he’s just perfect.”

Wagner, who said he took lessons at the Old Town School where Prine was a legend, played three songs from Prine’s self-titled first album.

Tim Menard said he was blessed to see John Prine perform live a few times, noting that “he liked to talk a lot” during his shows before playing “It’s a Big Old Goofy World” with his wife.

Cathie Menard later called the Acorn Theater “the most special place in the world.”

The show ended on a high note as Harsch led a sing-along to “Spanish Pipedream” and its iconic chorus (Blow up your TV, throw away your paper. Go to the country, build you a home. Plant a little garden, eat a lot of peaches. Try and find Jesus on your own) as the other performers played their instruments while strolling about the yard.

Thompson said there are three ingredients that make Harbor Country “our Shangri La by the Shore” — the lake, the people and the arts.

“Acorn Anywhere is our first step towards getting back on stage,: she said, adding “We’re building a community of friends to help sustain the Acorn until our main stage productions … are up and running again.”

She said the Three Oaks-based theater is an essential contributor to Harbor Country being a cultural hub of Southwest Michigan.

“We are looking forward to doing even more for our community to bring us together. We’ve got some ideas for new programs for kids and families, ongoing efforts to cultivate and present local talent, bringing in special guest artist mentors and teachers, and partnering with regional schools for arts, education and career possibilities.”

It was announced that the next Acorn Tuesday Trivia night is scheduled for 8 p.m. July 28  (sing up at acornlive.org).

Thompson also mentioned that the Acorn Theater is one of 10 nonprofit arts organi­zations have joined forces for a matching Arts Challenge Grant made possible when the Berrien Community Foun­dation received a $75,000 pledge from an anonymous arts-loving donor.

Every dollar donated will be matched. So, the chal­lenge has the potential to provide at least $150,000 to the organizations. The cam­paign will run through Aug. 15. Contributors can send checks to Berrien Com­munity Foundation at 2900 S. State St., Suite 2E, St. Joseph, MI 49085; or donate online at www. berriencommunity.org/arts challenge.

There also will be an on­line auction of items donat­ed by the organizations through July 31. To bid, visit e.givesmart.com/events/ht6.