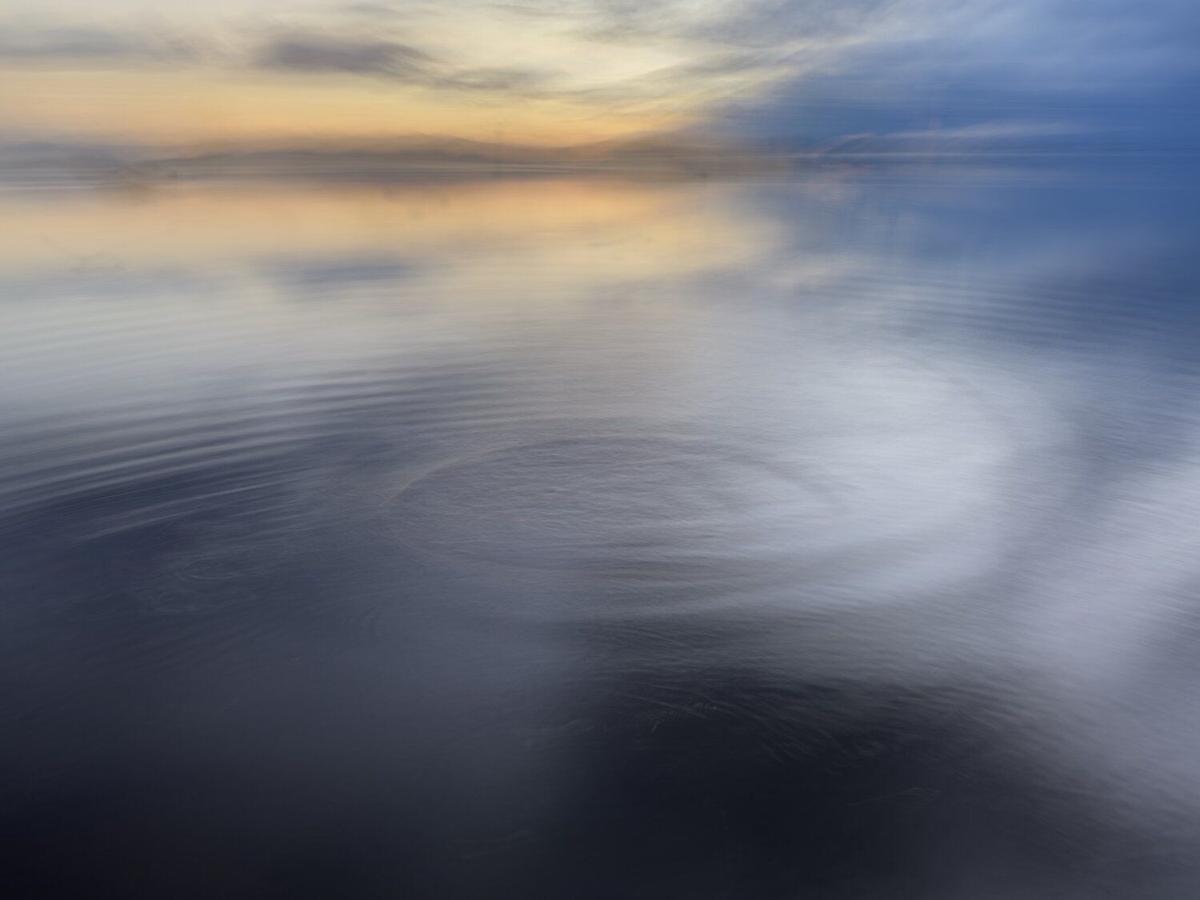 This picture of water isamong Jessica Tampas' photos featured in "All Things Being Equal" at arbor3 arts in Three Oaks. 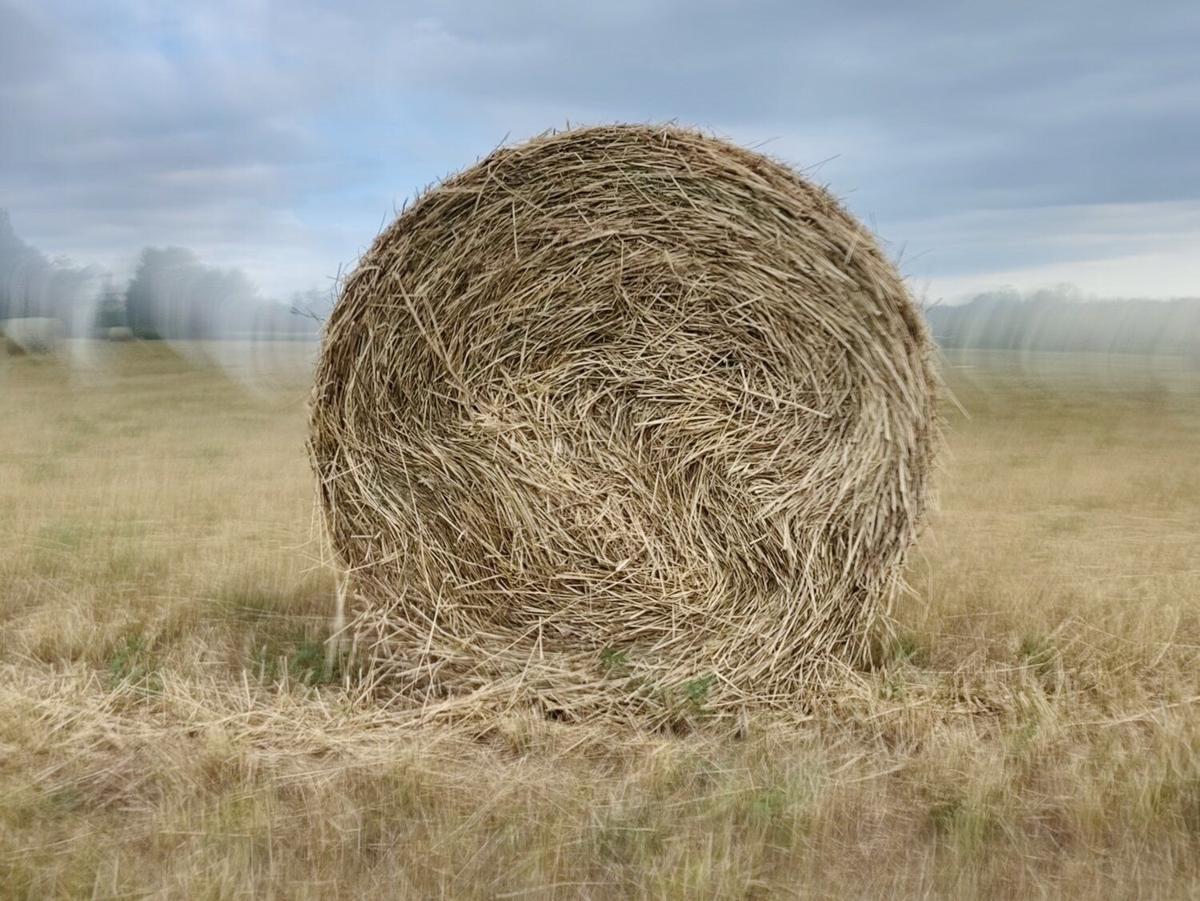 This picture of a hay bale is among Jessica Tampas’ photos featured in “All Things Being Equal” at arbor3 arts in Three Oaks.

This picture of water isamong Jessica Tampas' photos featured in "All Things Being Equal" at arbor3 arts in Three Oaks.

This picture of a hay bale is among Jessica Tampas’ photos featured in “All Things Being Equal” at arbor3 arts in Three Oaks.

THREE OAKS — It’s hard to capture the beauty in nature with just a photograph.

“It’s so beautiful, you can’t really portray it and dignify the beauty that just is,” photographer Jessica Tampas said.

But she did just that in her new exhibition “All Things Being Equal,” which is now on display at arbor3 arts in Three Oaks.

Tampas, who is traditionally a portrait photographer, said she likes to dabble in landscapes.

She took the photos featured in “All Thing Being Equal” last summer, during the pandemic, as she spent time traveling between Lake Michigan and Lake Champlain in Vermont.

“All these photos are done with my iPhone,” she said. “I stumbled across this process on my phone, and something just started to resonate with the way I was manipulating the photos. They started to look how I feel about certain landscapes and water.”

She calls the photos a cross between painting and photography.

“They’re out of focus a little, though there’s sharpness in each of them,” she said.

Tampas, who spends time between Chicago and Harbor Country, said she never takes a break from being a photographer.

“I shoot everything because my phone camera is always with me,” she said. “I’ve always been intrigued with photography and always felt that I say more with pictures than with words. It’s just how I express myself.”

Tampas said she hopes people will see the exhibit and think, “I haven’t seen those things look quite like that before.”

“That’s what I’ve felt like I’ve been able to do – take this beautiful lake of ours and describe it in a way that isn’t literal but maybe more of an expression,” she said.

“All Things Being Equal” is one of the first official exhibitions at arbor3 arts. Owner Lisa Gregg said Tampas’ photos fit perfectly into one of her gallery’s main missions: accessibility.

“I can’t tell you how many people have already seen it and said, ‘I want to try that! That’s so cool!’” she said. “This isn’t so out there. Someone found out how to do this with their phone. That’s so cool, and she’s sharing it in a pretty big way.”

Gregg, who up until last year was a partner in an art consulting business, said she’s always wanted to open a gallery, but hadn’t been able to.

“I had this feeling that I just needed to do something different in the arts,” she said. “We’re doing this in Chicago – I just wanted to take on something maybe a little more accessible to other people.”

So, like many people during the pandemic, she ended up living full time in Three Oaks, where she’s had a home for about 17 years.

“During one of those long drives that we all took during COVID, I saw a ‘for lease’ sign in a window downtown. I thought, ‘Maybe I’ll do pop-ups,’” Gregg said.

After buying the building in August, she did just that. She hosted a few pop-ups in the fall, then closed for the winter because of COVID and to do some building repairs. The gallery officially opened on March 13.

Gregg said while she was making a list of artists she wanted to include in the space, she came up with 18 names, and only one was a man.

“Well if that’s not a sign, I don’t know what is,” she said. “So I tossed him off, even though I adore him, and it’s all female artists.”

She said she doesn’t like to put that out as the first thing people know, but it’s on the website, and visitors to the gallery are told.

And they all fit her goal of accessibility.

“I was really adamant that I had a really big range of price points,” she said. “Part of the consulting business, it got fairly expensive to hire me and the work that I was showing and selling. And I just started feeling like I was missing kind of where we started, which was with emerging and underrepresented artists.”

A new kind of art space

Gregg said the gallery at 15 S. Elm St., is in a beautiful old building.

“It’s a beautiful space. I really feel like it shouldn’t just be mine to have. I want to share the space,” she said.

“The whole thing is like, let’s try it,” she said. “And if there’s a great reaction, we’ll keep going, and if there’s not, we’ll pivot.”

“It was honestly one of my favorite weekends we’ve had so far. I was thrilled to get some local people into the gallery,” she said.

Gregg calls the gallery, “one of the happiest places you’ll ever walk into.”

“It’s got great color, has a good feeling, and it’s just beautiful. Not just the art, but the building,” she said.

She said she hopes people can feel like they can come in and maybe have their first experience being in a gallery.

“I’ve done the art at the other end, and I just miss this kind of art. Getting people comfortable asking all the questions, wandering around and leaving if they want. Having their own experience with it,” Gregg said.

Visitors will find several other artists hanging alongside Tampas’ exhibit due to the tourist nature of the town.

“It’s really hard to say it’s going to only be one artists’ show for a month,” Gregg said. “I just can’t afford to do it that way. So we have 11 of her pieces up, and interspersed are all the other artists. I can’t afford to have someone from Detroit walk in and say, that’s not my thing and never come back. So we’re a little different in that way.”

She said she’s very honored to have her gallery be a part of the Three Oaks community.

“I always say I’m riding the coattails of Three Oaks momentum,” she said, “but I hope I’m also adding a little bit to that momentum. That town is really having some fun. They have worked hard to get where they are, and it’s really fun to be a part of.”

What: "All Things Being Equal" featuring Jessica Tampas