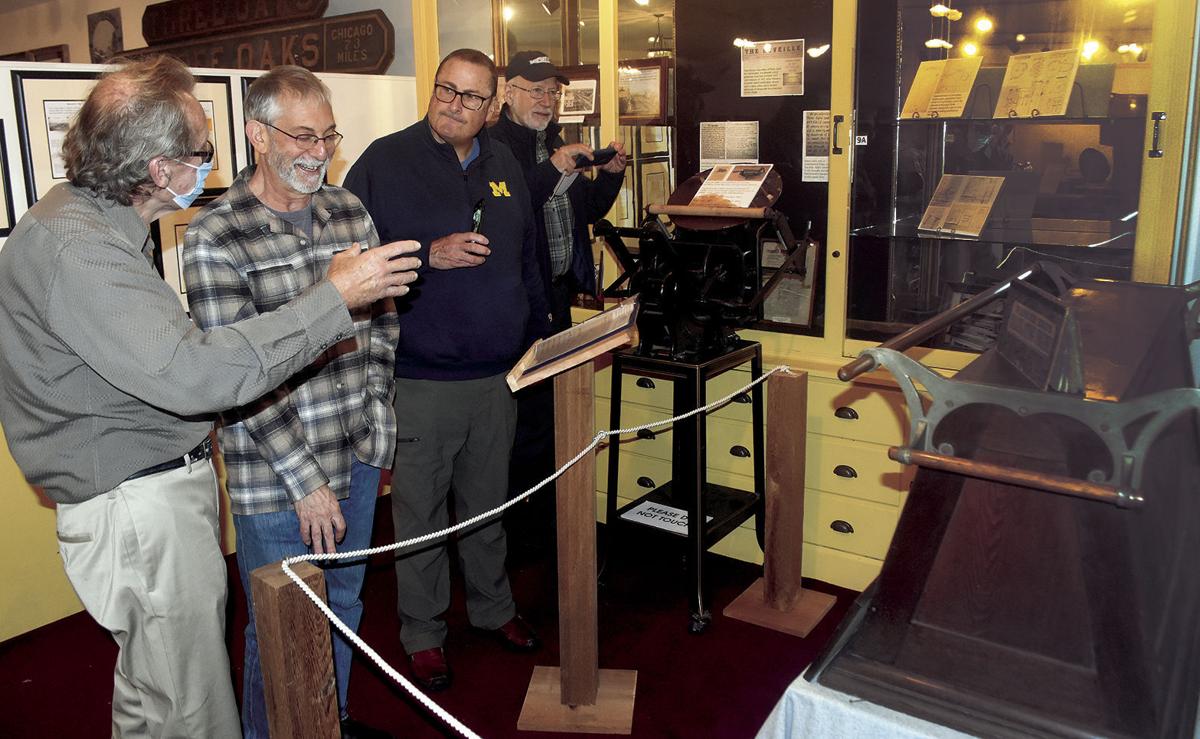 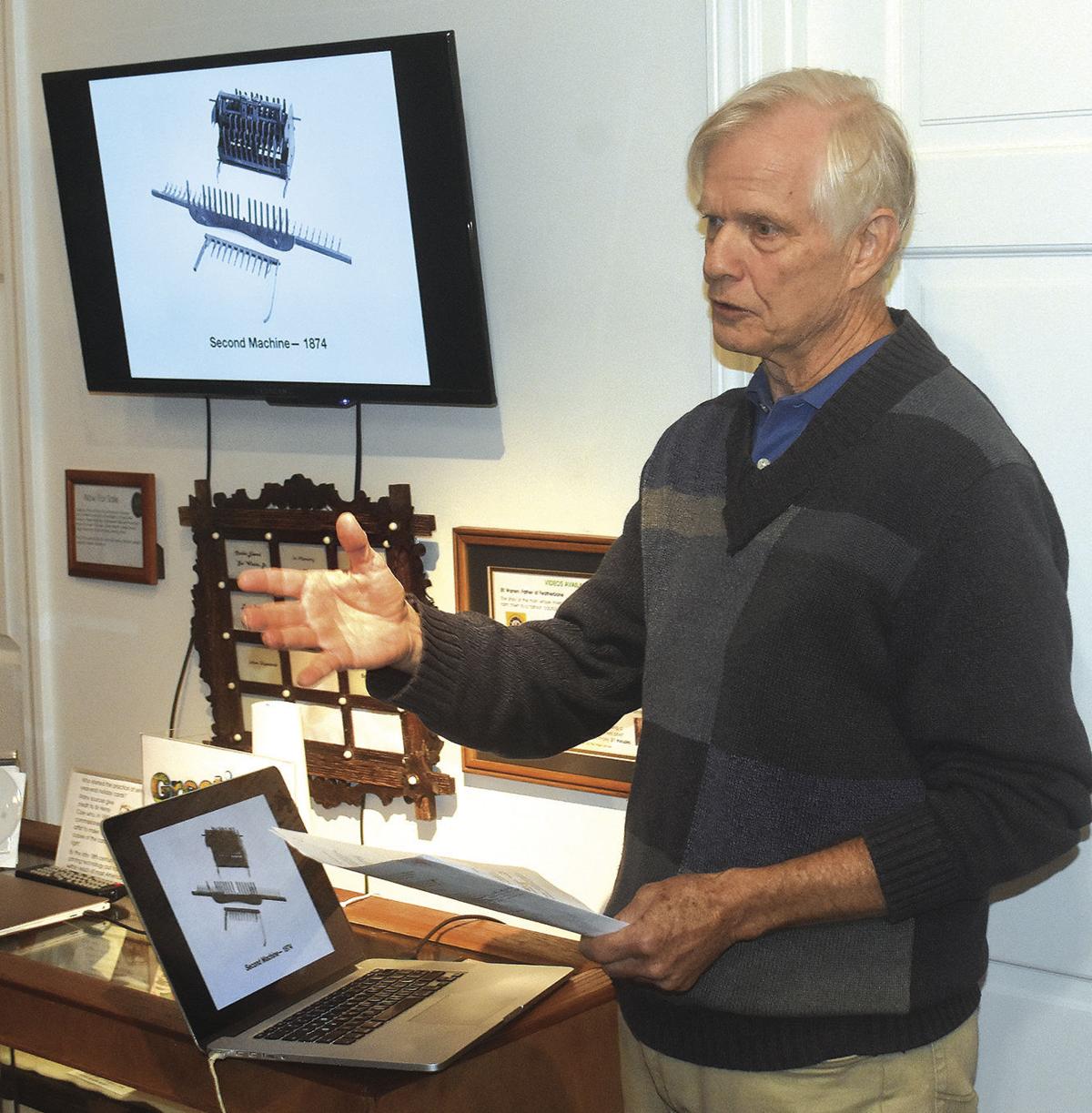 Bogert explained how the idea of creating the calculating engine (inspired by a “difference engine calculator” created in England by Charles Babbage) became an obsession for Fred Warren, a Civil War veteran who ran a watch repair shop in Three Oaks, took the first photographs of the area and published Three Oaks’ first newspaper (The Reveille).

Fred Warren ended up producing three calculating engines, with the third, finished in 1875, worked on while the inventor was literally on his death bed due to tuberculosis.

Fred Warren wrote “I ought to get married and settle down, but this thing has got into my head and I will have to put it off for two or three years” while obsessively trying to perfect his design. He died of tuberculosis in April of 1875 at the age of 36.

The device that has been on display this at the Region of Three Oaks Museum for the past two years (the third edition) was said to be able to handle addition, subtraction, multiplication, division and “multi-step calculations such as figuring interest – but after Fred Warren had passed away no one could figure out how it worked.

His brother, E.K. Warren, sought help in determining how it functioned from such luminaries as the Studebaker brothers and P.T. Barnum, but to no avail. Ultimately it ended up in the former Chamberlain-Warren Museum in Three Oaks. After 1952 it was stored at Michigan State University, where it will return (Oct. 31 was the final day of the 2021 season at the museum, which will re-open May 1, 2022).

Also on Oct. 31, Brockman explained and demonstrated how “pinwheel calculators” such as a German-made “Thales Calculator” on display at the museum became widely used, ultimately leading to the computers we know today thanks in part to groundbreaking MIT master’s thesis work from the 1930s by Claude Shannon of Petoskey, Michigan that “sort of put together the blueprint of how you build electronic computers on switches using logic.”

“It’s interesting how things just kind of come back to small towns in Michigan,” he added.