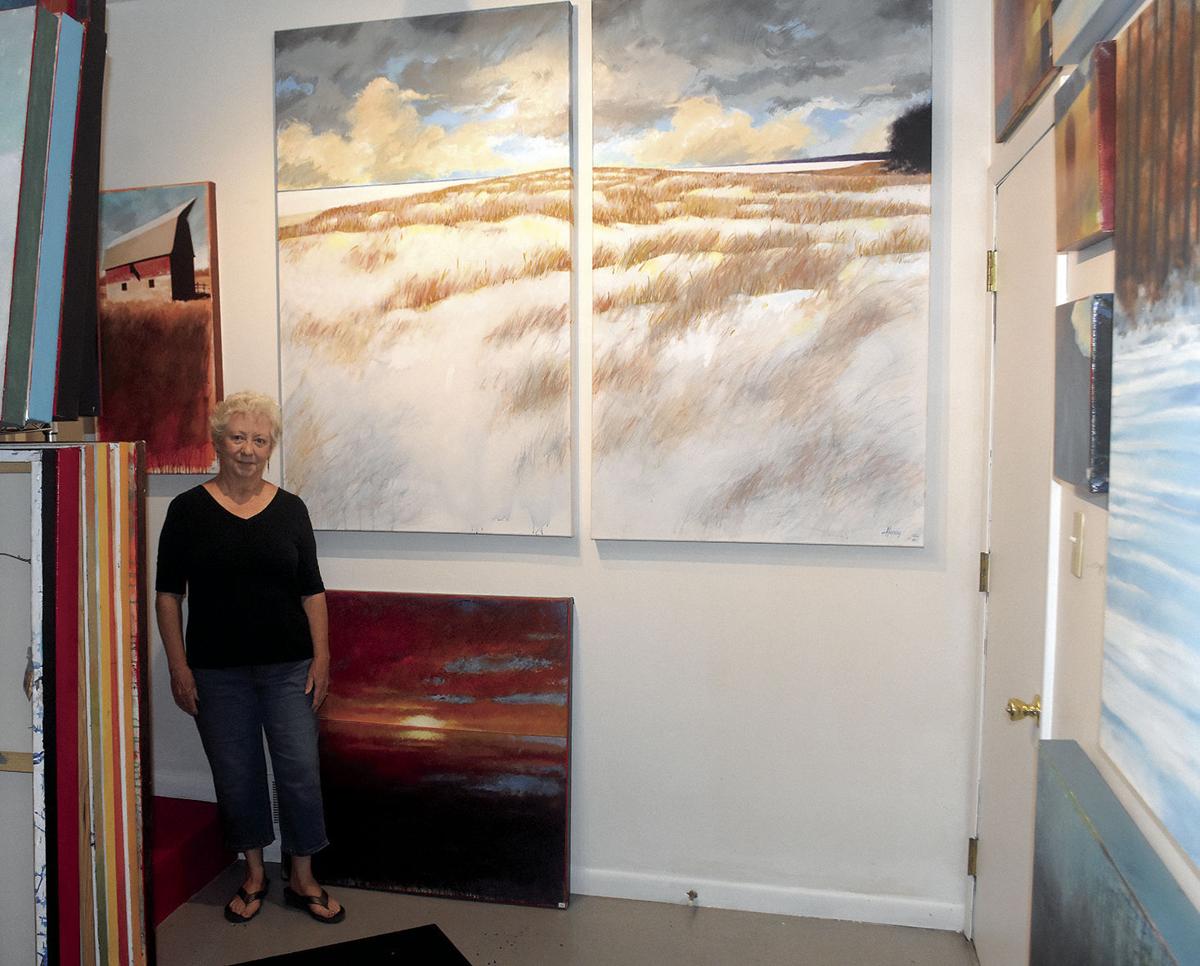 Beverly Harvey in the studio with a painting of a dune scene. 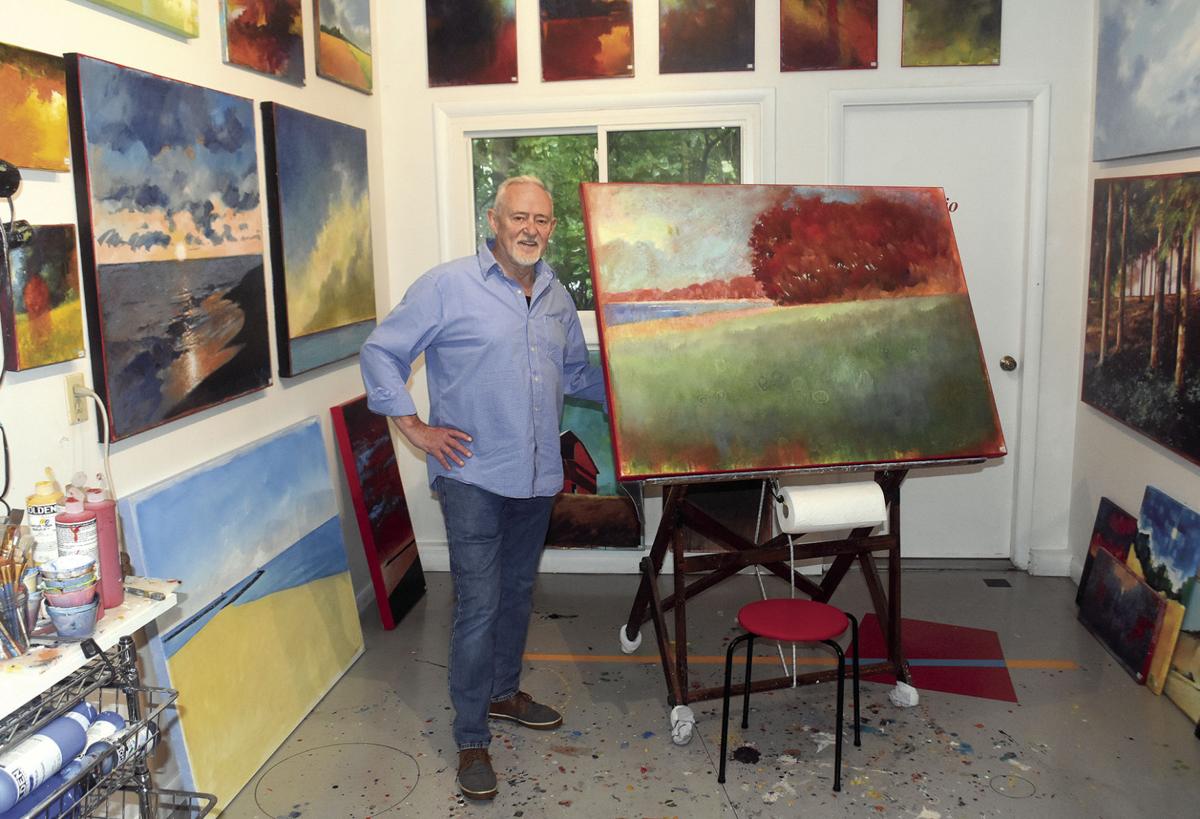 Artist Roger Harvey in his Sawyer studio surrounded by an assortment of his paintings.

Beverly Harvey in the studio with a painting of a dune scene.

Artist Roger Harvey in his Sawyer studio surrounded by an assortment of his paintings.

SAWYER — Painter Roger Harvey has created a lot of art during the pandemic, and now that things are opening up he wants to share it with the world.

So he is opening his home studio at 6650 Old M-11 in Sawyer (just north of the River Valley Senior Center) to the public for the first time. Pop-up studio hours are 11 a.m. to 4 p.m. both Friday, July 2, and Saturday, July 3. All paintings on display are original and will be for sale.

“When the COVID thing hit, I spent a year here just basically painting,” Harvey said. “I had no place to sell them or anything, so they’ve just been gathering here.”

The studio, located adjacent to a garage and a small patio where Harvey said additional paintings will be displayed during the pop-up event, is adorned with Harvey’s art depicting all seasons of Harbor Country along with some unique abstracts.

His newer works include “a lot of experimenting with textures.”

“It’s still keeping the landscaping look, but putting more texture and detail into it,” Harvey said, adding that his older art is “a lot more painterly” with a greater reliance on brush work.

He said a large two-piece landscape of the dunes near Lake Michigan on display in the studio is based on a photo taken by Harbor Country Hikers President Pat Fisher.

Harvey’s paintings range in size from relatively small to 48-by-36 inches.

Harvey said his home art studio is small, but it’s the first time he’s had one with its own supply of water and sink.

“Working with water-based acrylics you need a lot of water.”

Harvey said he and his wife, Beverly, moved to Harbor Country in 1993, when they started the Bauhaus on Barton Bed and Breakfast in New Buffalo (he also had an art studio there).

“We sold that approximately seven years ago and bought this place,” he said.

Harvey said he has been doing artwork all of his adult life.

“I was a graphic designer in Chicago and had my own studio,” he said, adding that he’s been doing mostly fine art painting since 2000.

Beverly, treasurer of the River Valley Garden Club, grows plants such as peonies and ferns in a backyard that on a recent morning was temporarily occupied by a flock of turkeys.