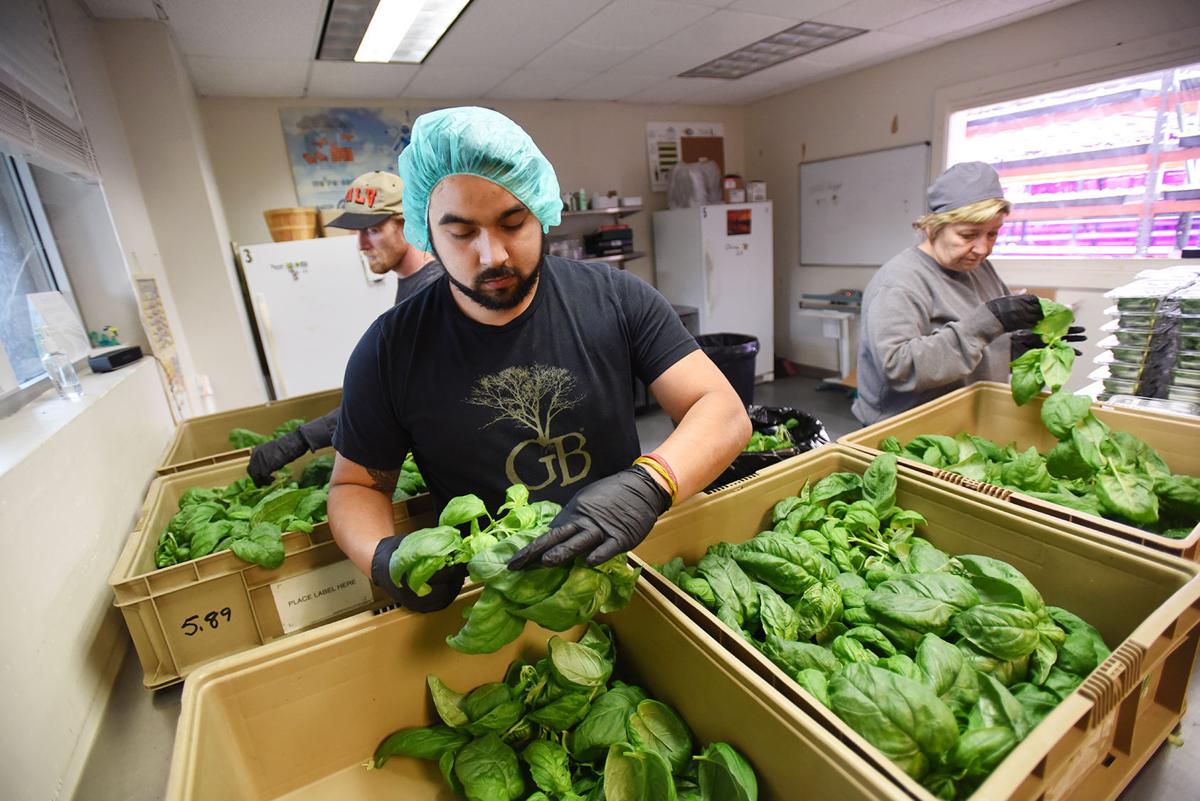 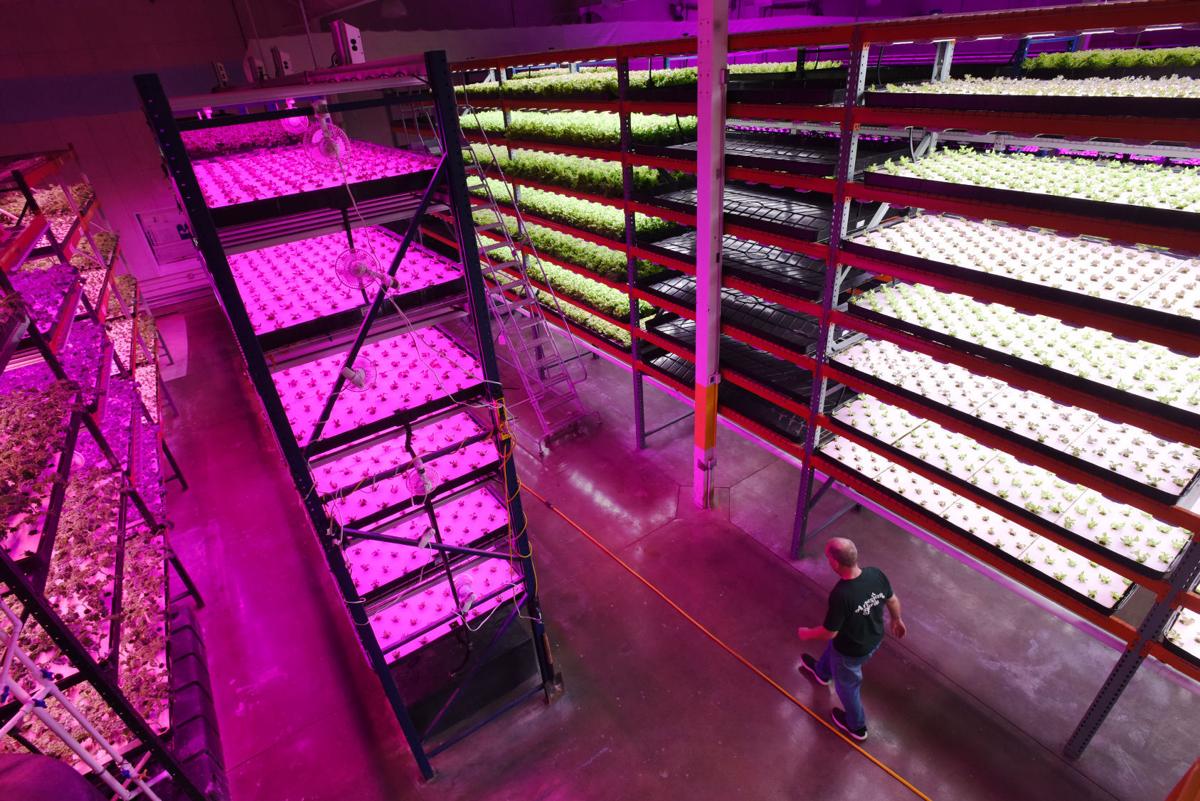 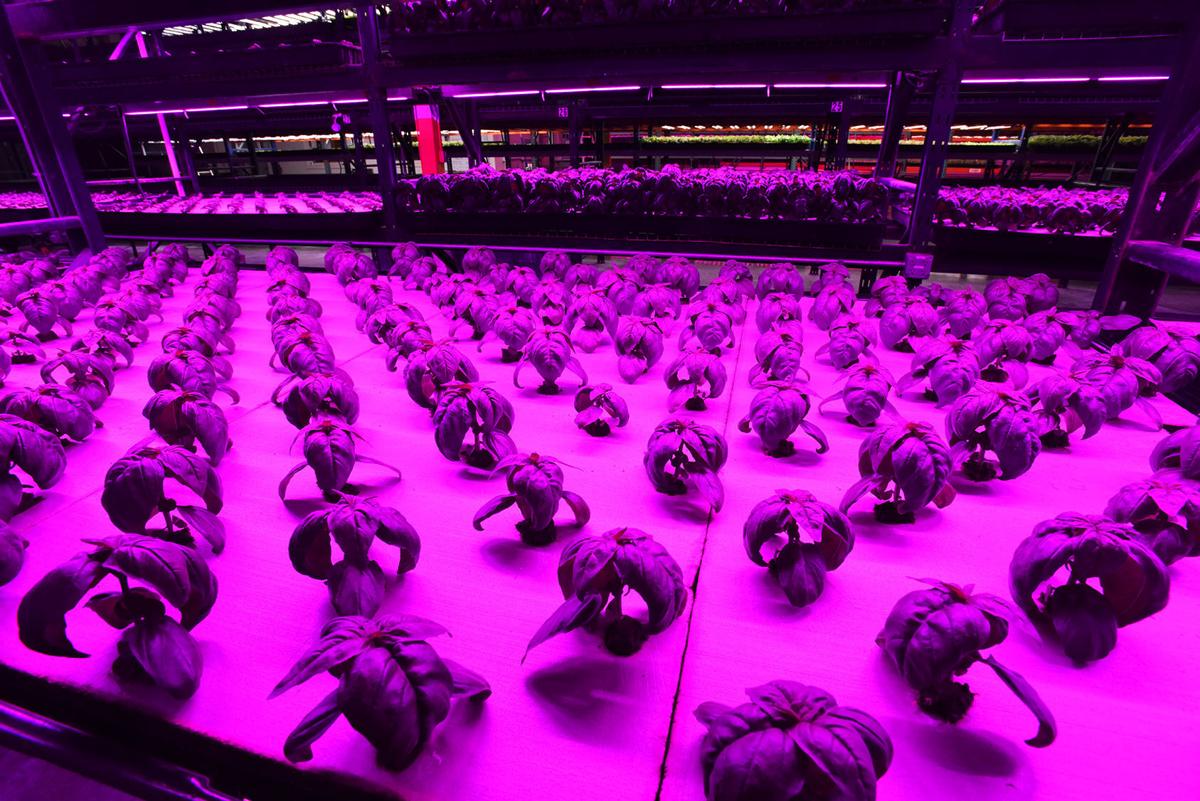 Basil is grown indoors on a vertical hydroponic system at Artesian Farm in New Buffalo. 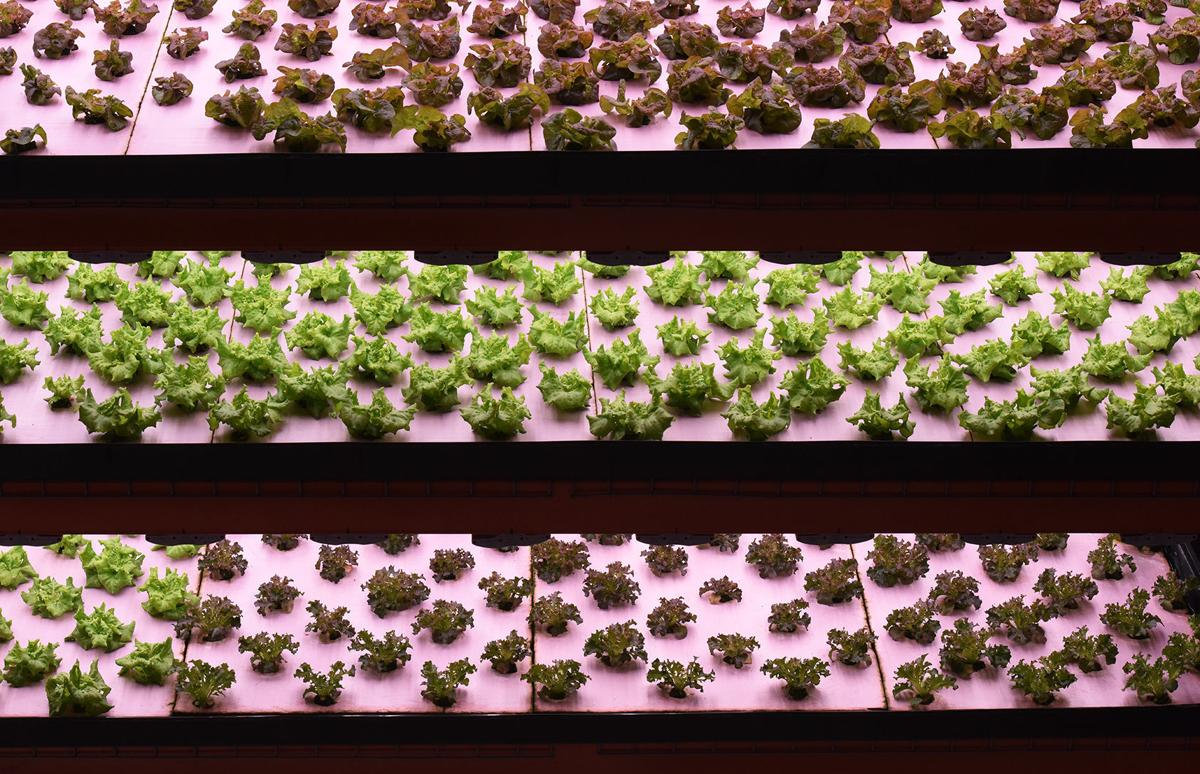 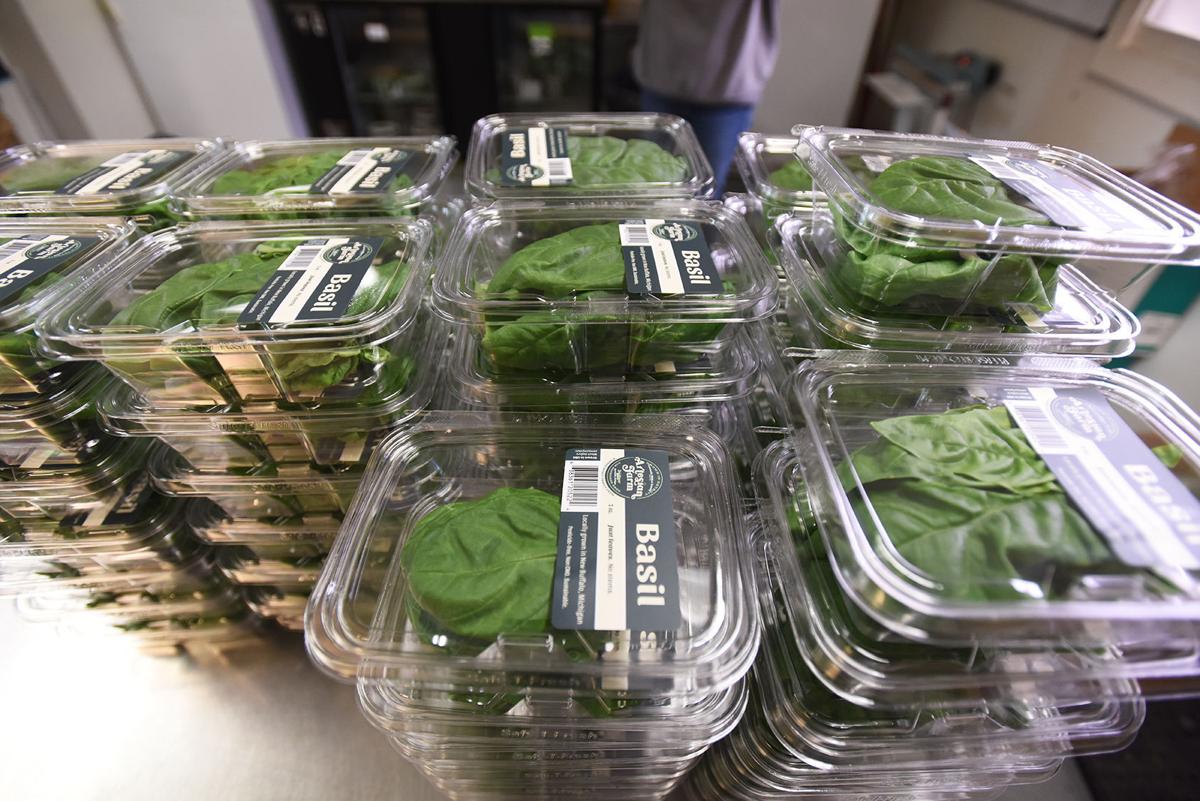 Basil is packaged and readied for distribution to area businesses Monday afternoon at Artesian Farm in New Buffalo.

Basil is grown indoors on a vertical hydroponic system at Artesian Farm in New Buffalo.

Basil is packaged and readied for distribution to area businesses Monday afternoon at Artesian Farm in New Buffalo.

NEW BUFFALO — As most Southwest Michigan farmers are done harvesting and prepare for winter, the fields at Artesian Farm in New Buffalo continue to produce fresh crops of lettuce, basil and kale.

Keith Kudla, chief financial officer at Artesian Farm, said they’re able to do so through hydroponic farming – which is paving the way for the future of agriculture.

“We use no pesticides, herbicides or fungicides,” he said. “There’s no run-off polluting our streams and lakes.”

“This little facility here will produce as much as eight to 10 acres of land outside,” Kudla said, adding that Artesian Farm grows its plants in 8,000 square feet of floor space, with shelves of trays stacked seven high.

On a normal farm in the Midwest, Kudla said lettuce can be harvested once, maybe twice a year.

Growing the crops indoors allows the farm technicians to control all of the variables necessary to grow the plants, including the temperature and humidity.

“We purify the water,” he said. “This is just a nice spring day to these plants. They love it.”

That’s not to say hydroponic farming is easy. Kudla said they recently had to throw out a crop of basil due to an invasion of thrips, a common pest found in greenhouses.

He said he ordered an army of ladybugs to take care of the invasion.

“We have another 4,500 ladybugs coming in next week,” he said, adding that the shipment is costing him $49, which is much cheaper than if he was using pesticides.

Kudla said the pH of the water has to be carefully monitored so it stays between 5.5 to 6.2 or there’s trouble.

“If you get outside of that range, the plants won’t grow because they can’t take up nutrients and they eventually die,” he said.

He said that recently, a farm tech noticed that the plants weren’t growing as well as usual. Upon investigation, they found that the calibration of the pH meter was off.

“There’s always stuff going wrong on a farm,” he said.

For example, he said Silver Beach Pizza in St. Joseph orders 35 pounds of basil each week during the summer when people spend time in their vacation homes in Southwest Michigan. Even in the off-season, Kudla said the restaurant orders around 20 pounds of basil each week. And he said demand increases in the Detroit and Chicago areas when the people return to their homes in those cities.

The venture started 10 years ago at Green Spirit Farms in a former plastics factory.

But disaster hit in 2017 when lightning struck the farm’s transformer, blowing out 70 percent of the lights, said Milan Kluko, who founded the farm in 2011 with the financial backing of several investors.

“It was then that we found out that (the financial investors) didn’t pay the insurance bill, so we couldn’t restart the farm,” said Kluko as he showed the framed letter from the insurance company on the wall in his office. He is now the chief operating officer at Artesian Farm.

He said the business went fallow until Kudla contacted him in 2019.

At the time, Kudla lived in the Chicago area, where he spent more than 20 years turning around several multi-billion dollar health care companies. But he said he had a vacation home in New Buffalo and was looking for a new challenge – although he admitted he didn’t know much about farming.

“I had a garden at my house in New Buffalo, but I wasn’t very successful at it because I didn’t know what I was doing,” he said.

Kudla said he agreed to help finance the farm as long as he could also help run it.

“I’m a finance guy,” he said. “I do turn-arounds. I’ve built an economic model for each crop. They had the technical expertise. I brought the economical expertise to make it financially viable.”

And his knowledge of farming has vastly improved. While touring the vertical farm earlier this week, Kudla was able to rattle off from memory the variables needed by each crop.

Kudla said they joined Market Wagon, an online farmers market, about a year ago to expand Artesian Farm’s customer base.

Dan Klein, community relations manager for Market Wagon, said the company started in 2016 in Indianapolis and had expanded to six markets, including Southwest Michigan and Northern Indiana, before the COVID-19 pandemic hit in March 2020.

“There was an absolute need from farmers and food producers to find a place to send their food because the restaurants and farmers markets shut down overnight,” Klein said.

"We’re growing 365 days a year, so we’ll harvest (lettuce) 17 times a year off of one of these trays." – Keith Kudla, chief financial officer at Artesian Farms