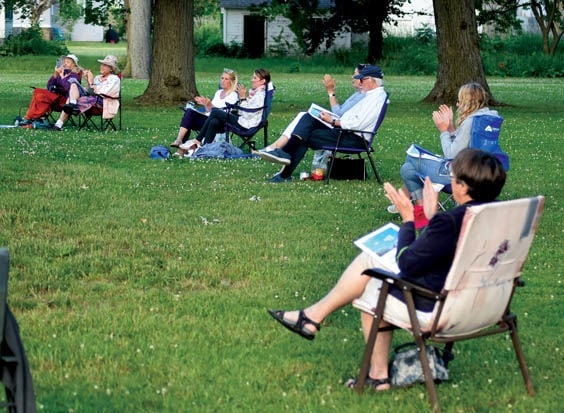 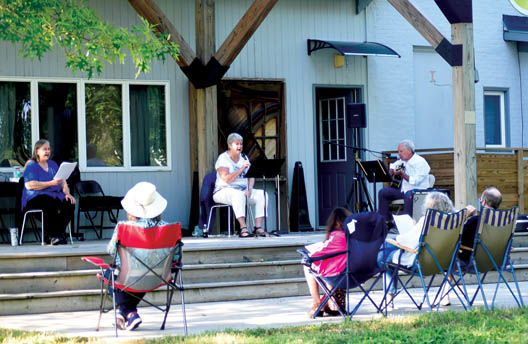 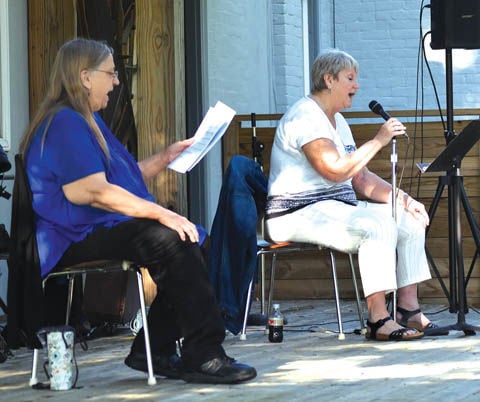 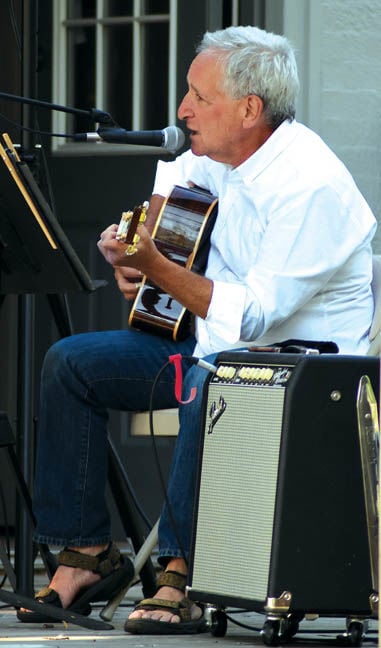 Donna Mitchell (executive director of the School of American Music), Pat Putnam, and Ron Spears (on guitar and vocals) led the way from the Three Oaks Arts & Education Center stage that faces the park.

After Mitchell noted that Spears had been at Woodstock when he was 17 years old, he quipped “My poor mother!”

“The reason we’re doing this is that we knew we needed to get started again,” Mitchell said. “Not all of us are for it … and we didn’t know how you all would feel about it, so we’re trying it — this is a trial night. If it goes well and we like it we might do it again this summer.”

It was later suggested to feature Broadway tunes at a future sing-along.

Mitchell said a picnic lunch packed by Flagship Specialty Foods & Fish Market in Lakeside will be offered at the park in late summer as a fund-raiser for the School of American Music (SAM).

The June 24 sing-along began with “When the Red, Red Robin Comes Bob, Bob, Bobbin’ Along,” with the second choice (suggested from the audience) a tune that wasn’t in the songbook — “This Land is Your Land.”

“I can tell this an out of the box group,” Mitchell said of the popular choice.

Mitchell noted that the School of American Music (for which she’s also a voice instructor) has been doing Zoom lessons since March, adding that in-person, social-distance lessons have recently begun.

Mitchell said half of a $10,000 Pokagon Fund grant is going toward scholarships for SAM students.

“We can now offer 90 percent scholarships as lng as that money holds out … I’m getting ready to sign up the 19th person,” she said.