You have permission to edit this article.
Edit
Home
News
Features
Sports
Photo Galleries
Opinion
Obituaries
Community
Classifieds
Jobs
How Do I?
1 of 11 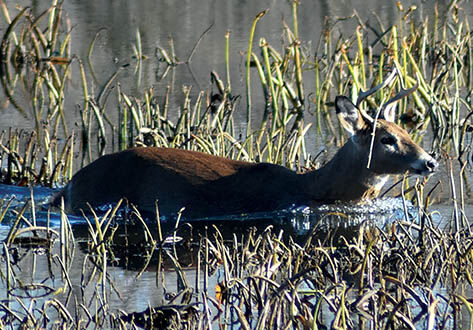 A white-tail buck swims through the Great Lakes Marsh at the Galien River County Park on Nov. 7. 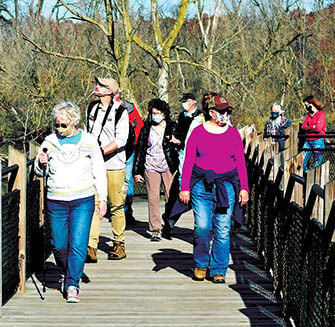 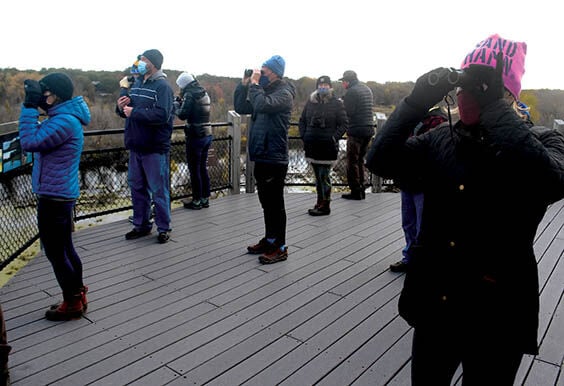 Birdwatching from the skywalk at at Galien River County Park.. 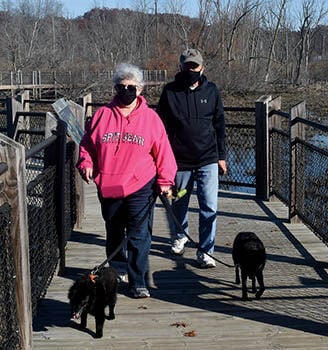 Mariann and Bob Litznerski hiked with “Diggum” and “Cole” on Nov. 7. 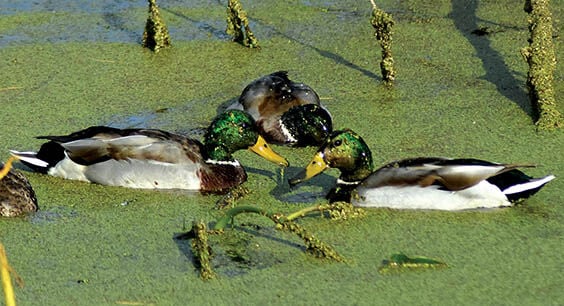 Mallards feed among duckweed in the Great Lakes Marsh at Galien River County Park on Oct. 17. 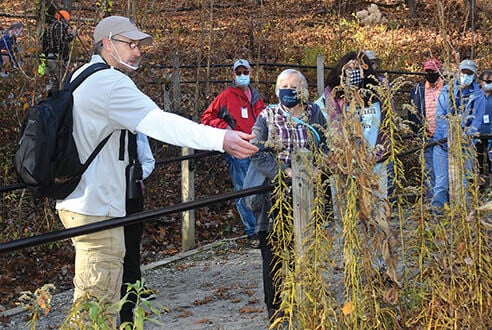 Derek Pelc points out a goldenrod plant during a Nov. 7 hike through Galien River County Park. 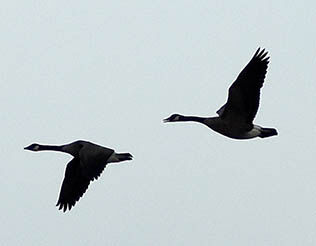 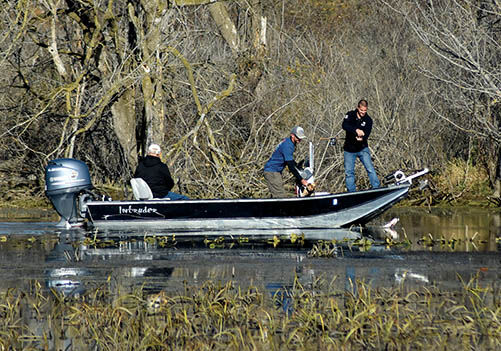 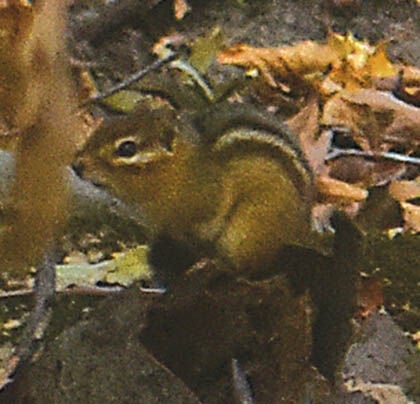 A chipmunk hides in plain sight. 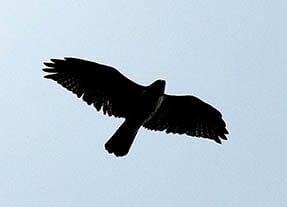 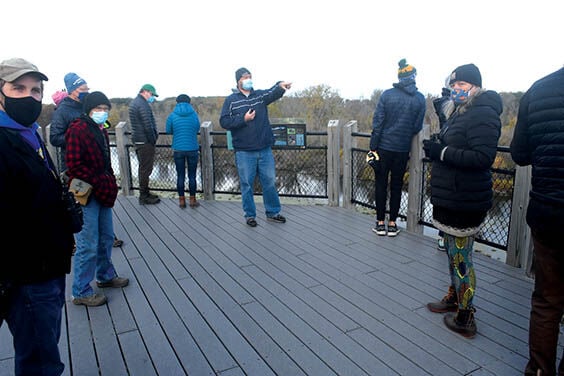 Ryan Postema talks about some of the birds that call at Galien River County Park. home.

A white-tail buck swims through the Great Lakes Marsh at the Galien River County Park on Nov. 7.

Birdwatching from the skywalk at at Galien River County Park..

Mariann and Bob Litznerski hiked with “Diggum” and “Cole” on Nov. 7.

Mallards feed among duckweed in the Great Lakes Marsh at Galien River County Park on Oct. 17.

Derek Pelc points out a goldenrod plant during a Nov. 7 hike through Galien River County Park.

A chipmunk hides in plain sight.

Ryan Postema talks about some of the birds that call at Galien River County Park. home.

NEW BUFFALO — The Galien River County Park in New Buffalo Township proved to be the perfect setting for a pair of recent guided hikes.

The Harbor Country Hikers sponsored a trek through the park led by Berrien County Naturalist Derek Pelc on a summer-like Saturday, Nov. 7.

“This is an absolutely wonderful park,” Pelc noted as the Nov. 7 hike got under way. “It’s about 86 acres and it opened up in 2014, although the county owned this property since the early 2000s.”

He noted that protected parts of the marsh and the Galien River also are managed by Chikaming Open Lands as the Louis J. Sima Preserve.

“The reason this property and this area are so important is because it’s a Great Lakes Marsh. And it’s becoming a rarity due to infrastructure, pollution, erosion and things like that,” Pelc said.

He said there can be many different environmental communities in a Great Lakes Marsh depending on conditions such as emergent marsh, wet prairie, upland and lowland forest, adding that what makes it different than other marshes is its proximity to Lake Michigan.

“It can fluctuate, either year to year, or just an extreme storm can raise the water level in the river and overflow it very quickly.”

Pelc later pointed out that it’s about a mile by kayak to the beach in New Buffalo.

He said Great Lakes Marshes are great for spawning fish, providing habitat for waterfowl and many other types of wildlife.

Shortly after beginning their trek down the marsh boardwalk, the nearly 40 participants in the hike watched a white-tailed buck swim/wade through the flooded marsh, moving from the Galien River to drier ground in no particular hurry.

Pelc said this is the time of year deer are often observed behaving unusually due to the rut and hunting season.

Also spotted during the hike were pied bill grebes, wood ducks, mallard ducks and an angler aboard a boat landing a large fish from the river. Although no turtles were sighted on Nov. 7, Pelc said a map turtles are often seen sunning themselves on logs during the summer. He added that male map turtles stay really small while the females can get much larger.

Wildflowers (all past their flowering stages) such as joe-pye and goldenrod along with trees like sassafras, sumac, tulip trees and oaks (which were still hanging on to many of their leaves).

Pelc said the water levels in the Galien River County Park have fallen a bit recently from spring (the high-water mark was visible on the structure’s pilings), but the area along the boardwalk is still flooded.

“We’ve had a pretty dry summer and start of fall so far … but the Great Lakes and Lake Michigan were at record high levels since 1986 this year.”

He said the higher water in the marsh has pushed out many of the cattails that used to dominate (now the predominant plants include arrow weed grass, pickerel weed and other aquatic types that can thrive in the water).

“We had tons and tons of muskrats eating all these cattails. Even the muskrats had to move out because there were no cattails left.”

Pelc said plants that can survive whether water levels are going up or down include the button bush, willows and swamp rose. He noted that the duckweed that covered the marsh during the warmer months is now gone, allowing a view into the clear waters.

Pelc said before lake levels got so high, you could walk through much of the marsh all the way to the river.

He said the marsh has positive effects by alleviating flooding and erosion while also filtering river water by collecting sediments.

Harbor Country Hikers President Pat Fisher said the current marsh and river in the Galien River County Park was part of a large, shallow two-mile long lake as recently at the early 1900s before it was re-routed due to logging and dredging efforts by the military.

He said some types of birds that have a long journey to places like South America will begin migrating in the summer. Others such as waterfowl and raptors won’t begin until October, November or even during the winter.

Spotted from the park’s overlook tower were a feeding wood duck, a flock of airborne Canada geese and a group of mallards dabbling in the marsh (later seen up-close from the river boardwalk).

Also seen (or heard) along the Galien River were a passing red-tailed hawk, a red-bellied woodpecker, a golds-crowned kinglet, a rusty blackbird, and even a bald eagle soaring in the distance.

Participants in the hike said an eagle nest had been observed along the river close to New Buffalo during the summer before it came down (presumably in a storm). They added that three eaglets and the adults continued to be sighted in trees near where the nest had been.

Ferris said eagles usually come back to the same nest year after year.