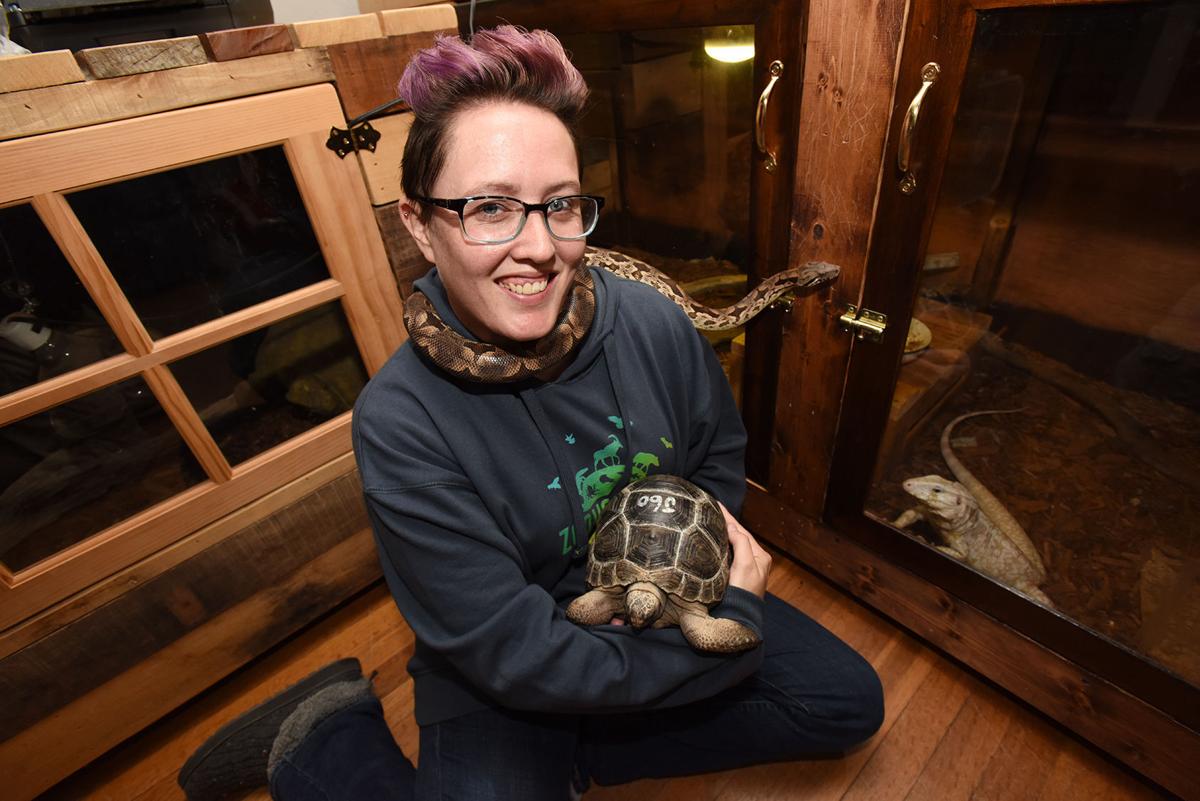 Kayla Kolberg shows off “Bayleen” an Aldabra tortoise, “Journey” a Dumeril’s boa and “Draiger” an albino tegu lizard on Thursday at her Baroda home. Kolberg, a naturalist at Sarett Nature Center, hopes to start Zoovolution, a wildlife education facility in Southwest Michigan. 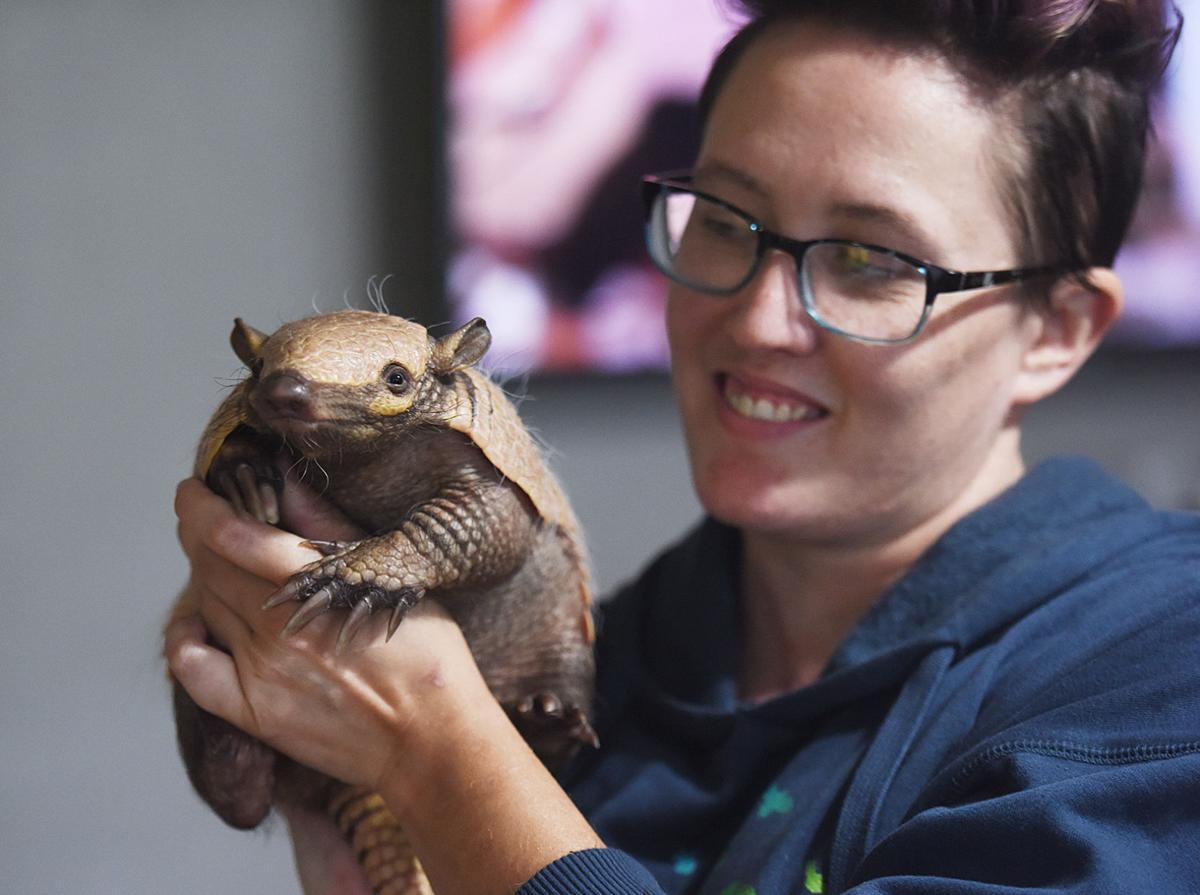 Kayla Kolberg shows off “Zackey” a six-banded armadillo Thursday at her Baroda home.

Kayla Kolberg shows off “Bayleen” an Aldabra tortoise, “Journey” a Dumeril’s boa and “Draiger” an albino tegu lizard on Thursday at her Baroda home. Kolberg, a naturalist at Sarett Nature Center, hopes to start Zoovolution, a wildlife education facility in Southwest Michigan.

Kayla Kolberg shows off “Zackey” a six-banded armadillo Thursday at her Baroda home.

BARODA — Even as a 10-year-old, Kayla Kolberg was dreaming of bringing a zoo to Southwest Michigan.

Now, the Baroda native said it’s the right time and has already put four years of planning and thousands of her own dollars to making the dream of Zoovolution a reality.

Kolberg hosted a Sept, 25 fundraiser at the Baroda American Legion.

“Zoovolution was created as an evolution of a zoo,” Kolberg said Thursday.

The 33-year-old said she knows that small dollar donations are not going to propel her vision to the roughly $100 million needed to make Zoovolution happen. But she said she needs to start somewhere, and getting the community aware of the project is the place to start.

The zoo, which Kolberg refers to as a wildlife education facility, would host around 250 species of animals. According to the master plan, which was developed last year, it would bring 150-200 jobs to Southwest Michigan.

Zoovolution would offer unique attractions from elephants – which Kolberg said haven’t been in a Michigan zoo for 30 years – to the largest sturgeon touch tank in the world.

However, Kolberg knows a dream this size takes time – and space. To accommodate the animal exhibits and enclosures, which she said would be two to three times the required size, the zoo would require 100 acres of land.

She has not yet found a property for the location, but said she is looking in Buchanan.

She has worked in zoos like Washington Park Zoo in Michigan City and the Conservators Center in North Carolina, as well as veterinarian clinics and wildlife rehabilitation clinics.

Showing off the talent

With her animal ambassadors in tow, Kolberg has taken them to the Buchanan Farmers Market on a regular basis.

Journey, a Dumeril’s boa, and six Aldabra tortoises are part of a 30-member animal crew, which are certified to be used for educational purposes.

Zoovolution would focus on a “hands-on” animal engagement atmosphere.

Kolberg said outright this would not be a tiger cub petting zoo, which have garnered attention following the release of last year’s Netflix documentary show called “Tiger King.”

Class 1 or 2 animals, those legally designated as exotic and often dangerous, would not be interacting with people and would remain inside their enclosures.

Rather, Kolberg said she wants the same educational opportunities that she had as a 5-year-old, just feet away from a Harpy eagle perching on a zookeeper’s arm.

Kolberg has also been developing curriculum for school groups. Given the rise in homeschooling, she said she wanted the zoo to be able to support homeschoolers with a form of animal education.

Additionally, she said the facility would be inclusive to those with disabilities, with Braille being added on all railings and wheelchair accessible walkways.

Zoovolution has worked with Cornerstone Alliance to secure an LLC and other licensing, Kolberg said, and is currently working on receiving necessary USDA approvals.

Kolberg said she knows there’s still quite some time between her vision becoming a brick-and-mortar operation – something like 10 years, she estimated – but remains focused on building something for the community.

“This facility is for you,” she said.