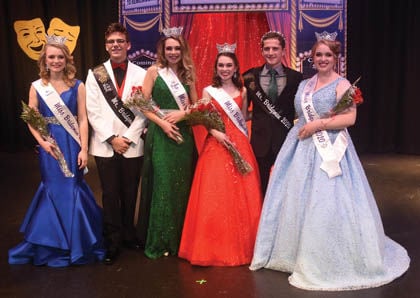 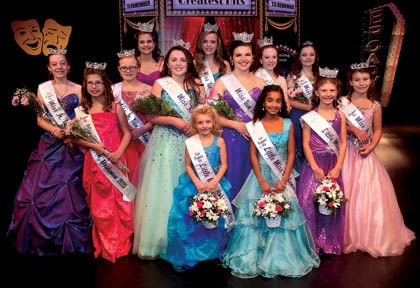 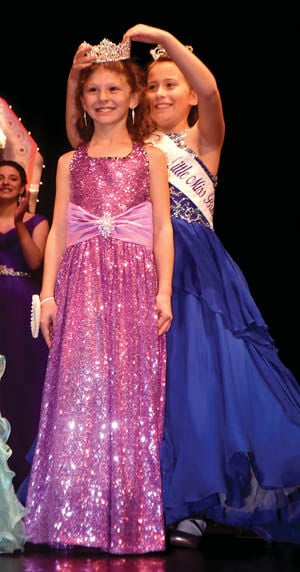 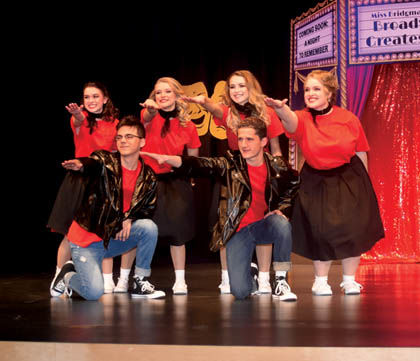 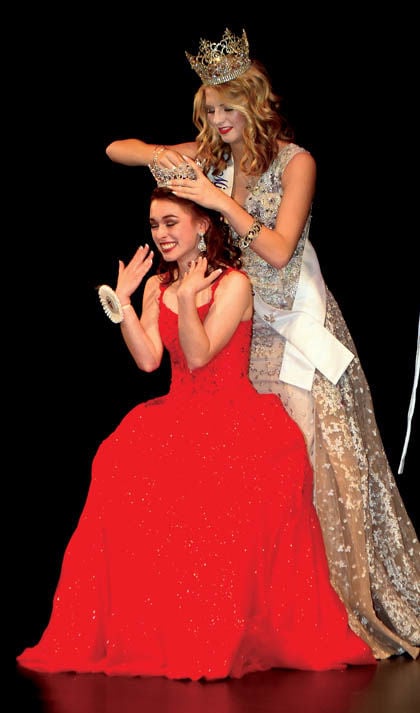 Rachel Scharnowske reacts to being crowned Miss Bridgman 2020 by Krystin Buist on Nov. 16. 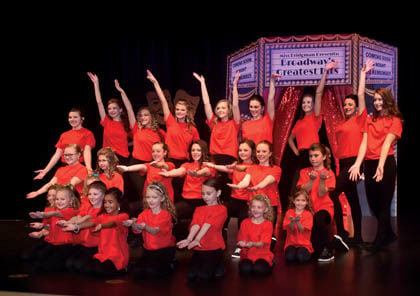 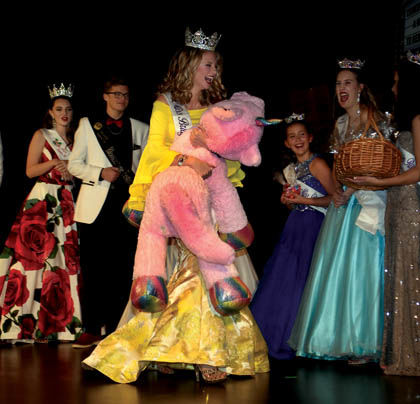 Miss Bridgman (and Second Runner-up to Miss Blossomtime) 2019 has fun during the visiting royalty portion of the pageant. 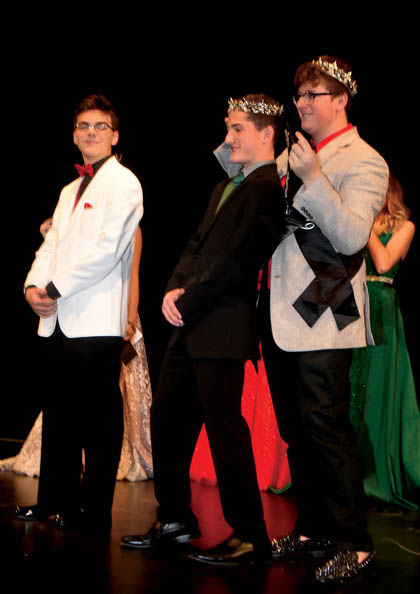 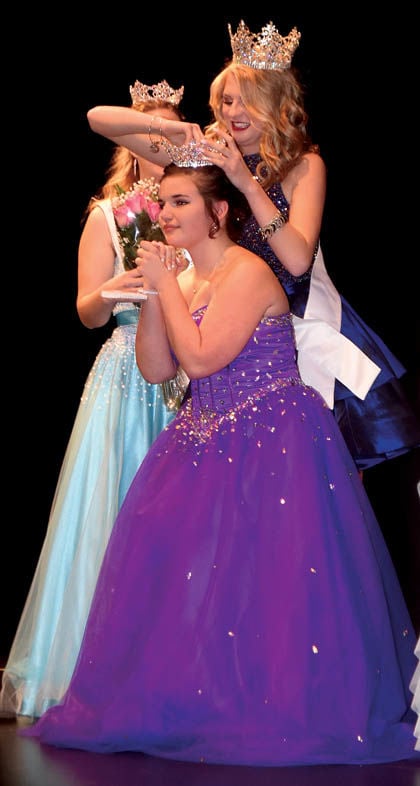 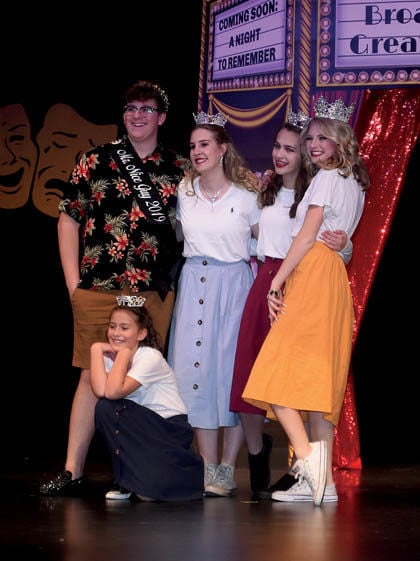 Members of the 2019 royal court at the conclusion of their farewell dance. 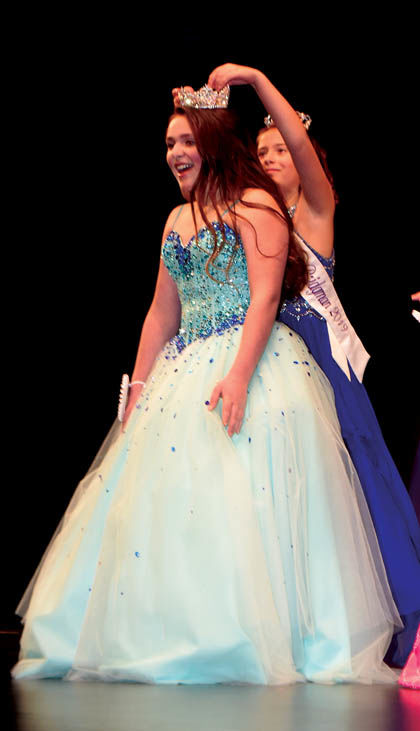 Little Miss New Buffalo queens during the visiting royalty portion of the pageant. 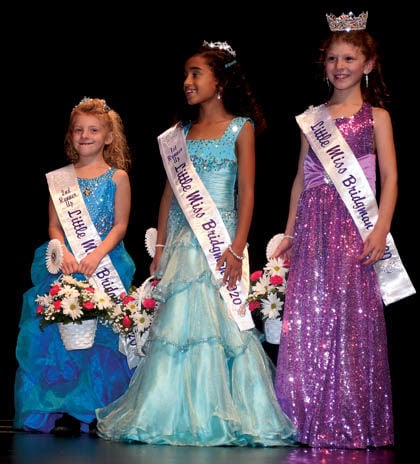 Rachel Scharnowske reacts to being crowned Miss Bridgman 2020 by Krystin Buist on Nov. 16.

Miss Bridgman (and Second Runner-up to Miss Blossomtime) 2019 has fun during the visiting royalty portion of the pageant.

Members of the 2019 royal court at the conclusion of their farewell dance.

Little Miss New Buffalo queens during the visiting royalty portion of the pageant.

BRIDGMAN — The community of Bridgman got a new royal court of kings and queens during two "Broadway's Greatest Hits" pageants held Saturday, Nov. 16.

Crowned Miss Bridgman 2020 during an evening pageant was Rachel Scharnowske while Ethan Pope was chosen to be the new Mr. Bridgman.

All are seniors at Bridgman High School.

Scharnowske said she is looking forward to getting more involved in her community, becoming closer to her court, and meeting her sister queens at Blossomtime events.

"It's going to be a great year," said Pope. "I'm looking forward to just hanging out with all my friends — the court is amazing."

Sharnowske, 17, participates in band (drum major for the last two years), serves as Class President, is in the National Honor Society, has been on the high school honor roll for four years, is in Key Club and has helped with the Reed Middle School Trunk-or-Treat. After graduation she plans to focus on Business at Michigan State University.

Pope, 17, the son of Chuck and Roberta Pope, participates in soccer, baseball, DECA and Key Club. After high school, he plans to "graduate college and make his parents proud."

Janes, 17, the daughter of Jim and Jennifer Janes, is an honor roll student who is in the senior class top 10 and a Bridgman Fire Department cadet who plans to get her EMT license. She wants to attend medical school and become an OB/GYN.

Janes said she is excited about the opportunity to participate in the Jan. 25 Spirit of Blossomtime Pageant.

Adams, 18, the son of Tom and Leslie Adams, is active in band, DECA and Prom Committee, is an honor roll student and was named Homecoming King and Marketing Student of the Year. He also won the "Flavor Flav" Award in AP U.S. History. Adams plans to attend Central Michigan University and obtain a degree in Music.

"I was real excited, I was crossing my fingers for it," she said of the crowning moment.

Wheeler said she's looking forward to meeting her court members and riding on the community float — which for a year will take the place of walking with her grandmother (Chris Hampton) with llamas in local parades.

Wheeler, 9, a third-grader at Bridgman Elementary, is active in 4-H and horseback riding and wants to be a horse trainer.

Sparks, 8, is active in cheer, swimming, Girl Scouts, garden club and soccer and wants to be a teacher.

Munson, 7, likes to swim, do gymnastics and ride bikes, She wants to be a police officer when she grows up.

"I'm really excited to go to all the evens and get closer to the community," she said.

Also in the royal court are Jazlyn Culbertson and Katie Buist.

Starbuck, 11, the daughter of Jamie and Dan Starbuck and a fifth-grader at Reed Middle School, is active in volleyball, dance, softball, basketball the fair and baking. She would like to be a teacher.

Rochefort, a sixth-grader, is the daughter of Tiffany and Mike Rochefort. Her activities include softball, basketball, volleyball, cheerleading, choir and cooking club. She hopes to someday be a teacher.

Sanders, a fifth-grader and the daughter of Rebeccah and Josh Wedde and Jason Sanders, participates in volleyball, softball, choir club, garden club and broadcasting club. She wants to be a history or science teacher.

Drew said she's looking forward to getting to know the girls in the court more and said the pageant experience was "amazing."

Hailey, 14, is the daughter of Courtney Granzow and James Drew and a freshman at St. Joseph High School. She has participated in dance, ballet, point and jazz and enjoys signing, writing, listening to music, photography and hanging out with friends.

Madison, 15, is the daughter of Melissa. Her activities include softball, band, Interact Club and Wyldlife. She enjoys walking, hammocking reading, camping and traveling.

Kate, 13, is the daughter of of Rebeccah and Josh Wedde and Jason Sanders. Her activities include band, dance. Wyldlife, practice club and broadcasting club.

Anne, 13, is the daughter of Steven and Christine Scott. Her activities include cheerleading, cross country, dance, track, broadcasting, solo and ensemble, Math Counts and Student Council.

Lily, 13 and the daughter of Allan and Melissa Barker, is involved in volleyball, dance, Student Council, track, cheerleading, Math Counts, church youth group and showing goats at the fair.

Buist noted that she especially enjoyed getting as much glitter on Jannert as possible during float-building sessions.

He called those moments his least favorite memory.

DeMercado advised her successor to "get ready for the best year of your life."