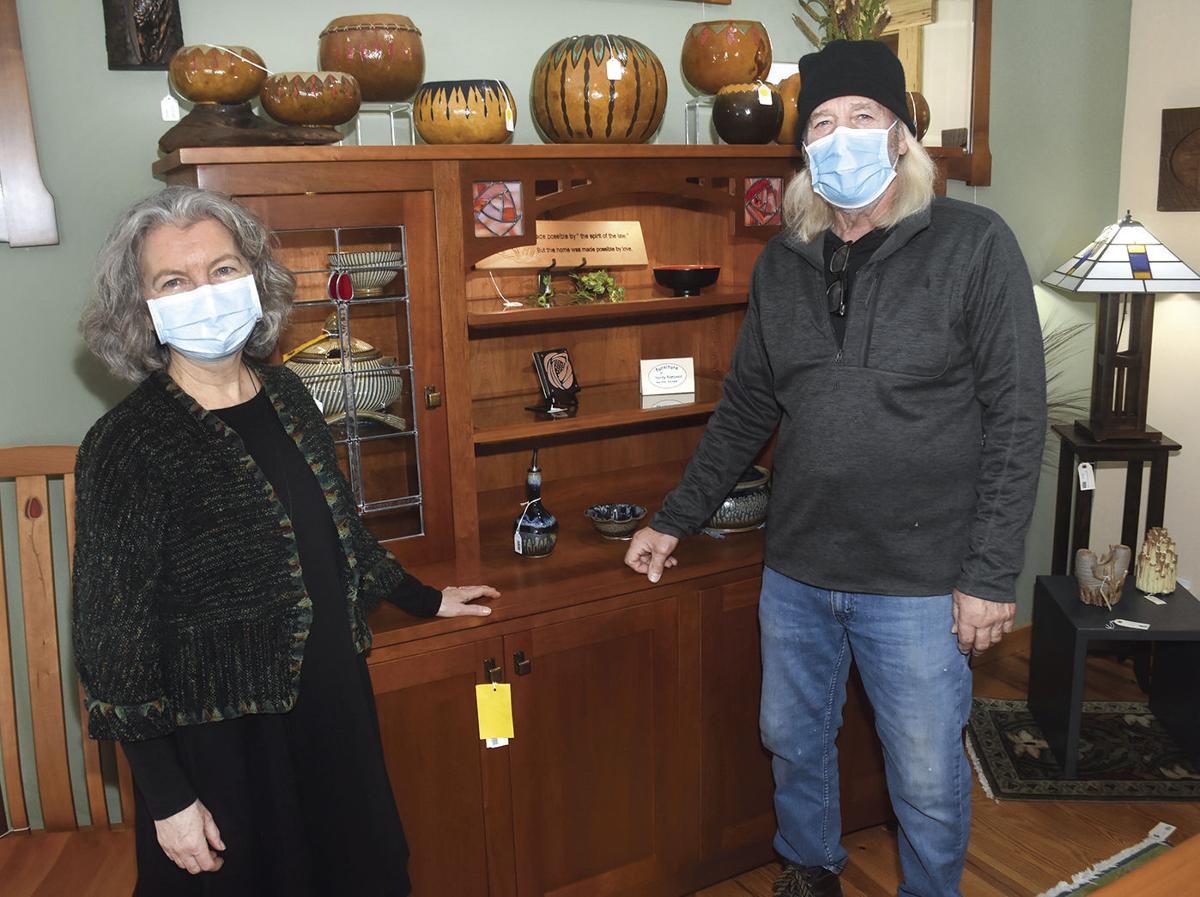 Lorraine and Terry Hanover with the “Skara Brae” cherry China cabinet in the Center of the World Woodshop Showroom. 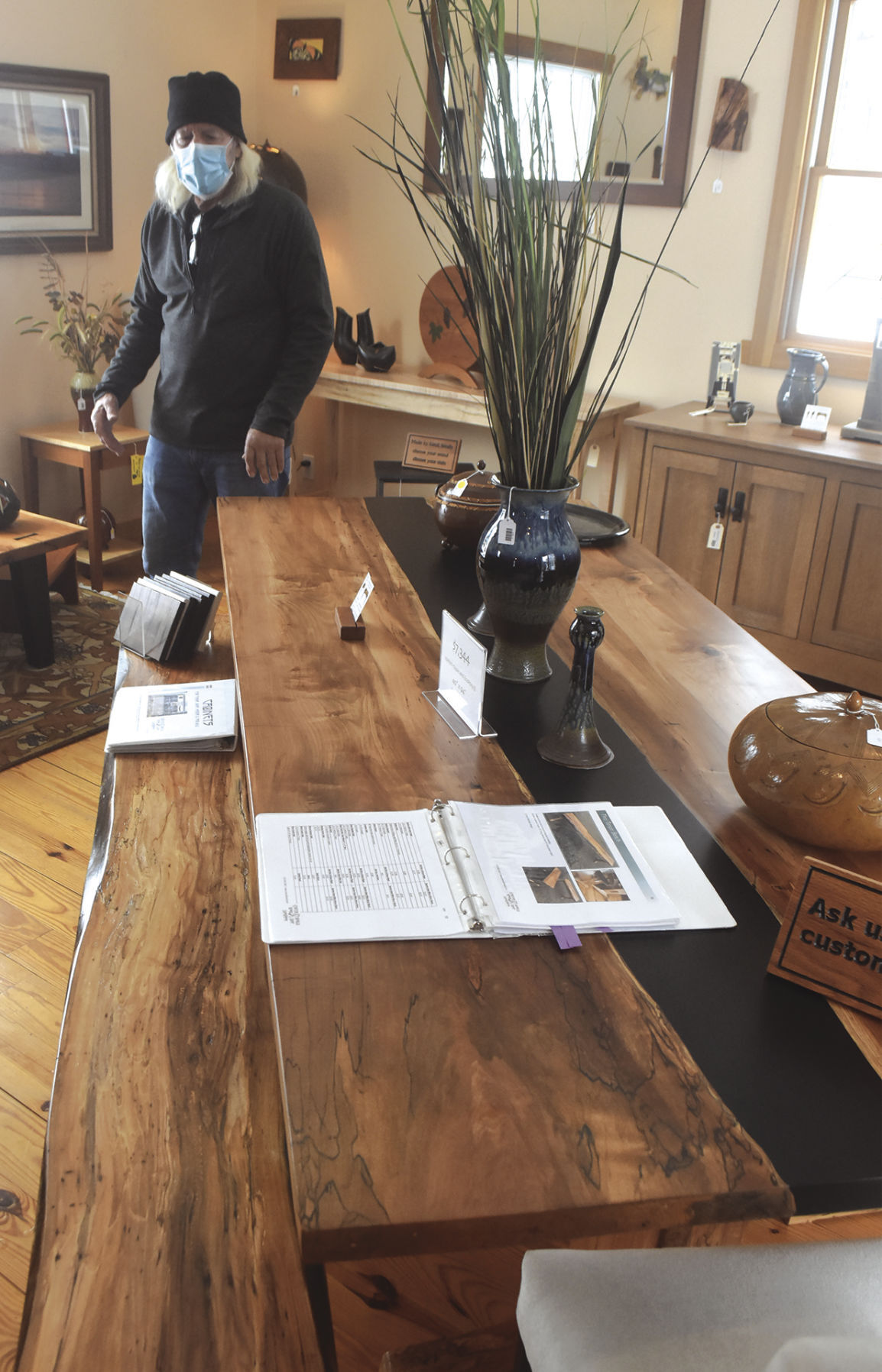 A “river table” in the Center of the World Woodshop Showroom. 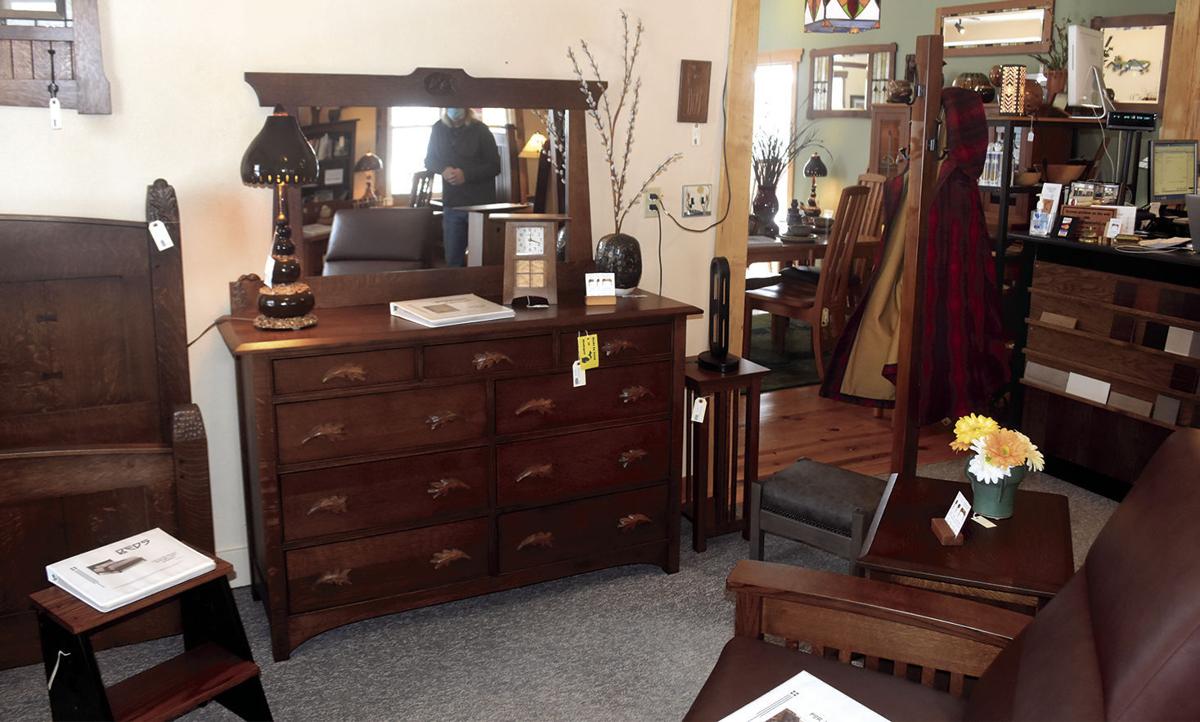 A view of the Center of the World Woodshop’s Harbert Showroom.

Lorraine and Terry Hanover with the “Skara Brae” cherry China cabinet in the Center of the World Woodshop Showroom.

A “river table” in the Center of the World Woodshop Showroom.

A view of the Center of the World Woodshop’s Harbert Showroom.

Terry and Lorraine Hanover have announced that after 25 years at 13400 Red Arrow Highway, they’ve decided to sell the Harbert property and move the showroom to a new location adjacent to their existing woodshop in New Troy.

“We hope to be able to take the uniqueness of our showroom, and the character that Lorraine and I have to into it, and bring it back home to our new showroom,” Terry said.

He said the recent COVID-19 period “has taught us that we can exist without being open to the public all the time.”

During the pandemic, the Center of the World Woodshop Showroom has been open by appointment – and that system will continue in the near future.

“We’ve still got a lot of work to do to create a showroom that we’ll be proud to open to our clients, so the move won’t be happening for at least a couple of months.,” a release on plans for the new facility states. “We’ll keep you posted and let you know when we’re ready to welcome you to our new Center of the World Woodshop & Showroom (which will be located at 4102 Hanover Road with a mailing address of Three Oaks). Until then, we will continue to welcome customers by appointment at our location on Red Arrow Highway (to make an appointment, call 269-469-5687).

In addition to viewing Center of the world’s exclusive collection of furniture, visitors to the new showroom will also have the opportunity to observe work in progress in the shop.

A variety of that handcrafted furniture is currently on display in the Harbert showroom including an Acorn Series dresser made of white oak and featuring hand-carved oak leaves and acorns; a table and chair set adorned with a rosebud inlay composed of walnut and rose-colored glass; and a spalted maple river table which use an eco-friendly resin to join two pieces of wood.

A special “Skara Brae” cherry cabinet in the showroom was inspired by a visit to a 5,000-year-old civilization in Lorraine’s ancestral home of the Ortney Islands in Scotland.

“They had a piece of furniture made of stone, which was very short because they were short people, and this China cabinet is very short compared to most,” Terry said.

Since 1985, the Center of the World Woodshop has been located on property overlooking ponds and woods at the end of Hanover Road near New Troy that has been occupied by Terry’s family for six generations.

Terry Hanover has been making furniture since the mid-1970s, working predominantly with hardwoods. A small showroom was set up at the New Troy woodshop and Terry’s creations were later showcased in Sawyer’s Flynn Theater building before the Harbert showroom was opened 25 years ago.