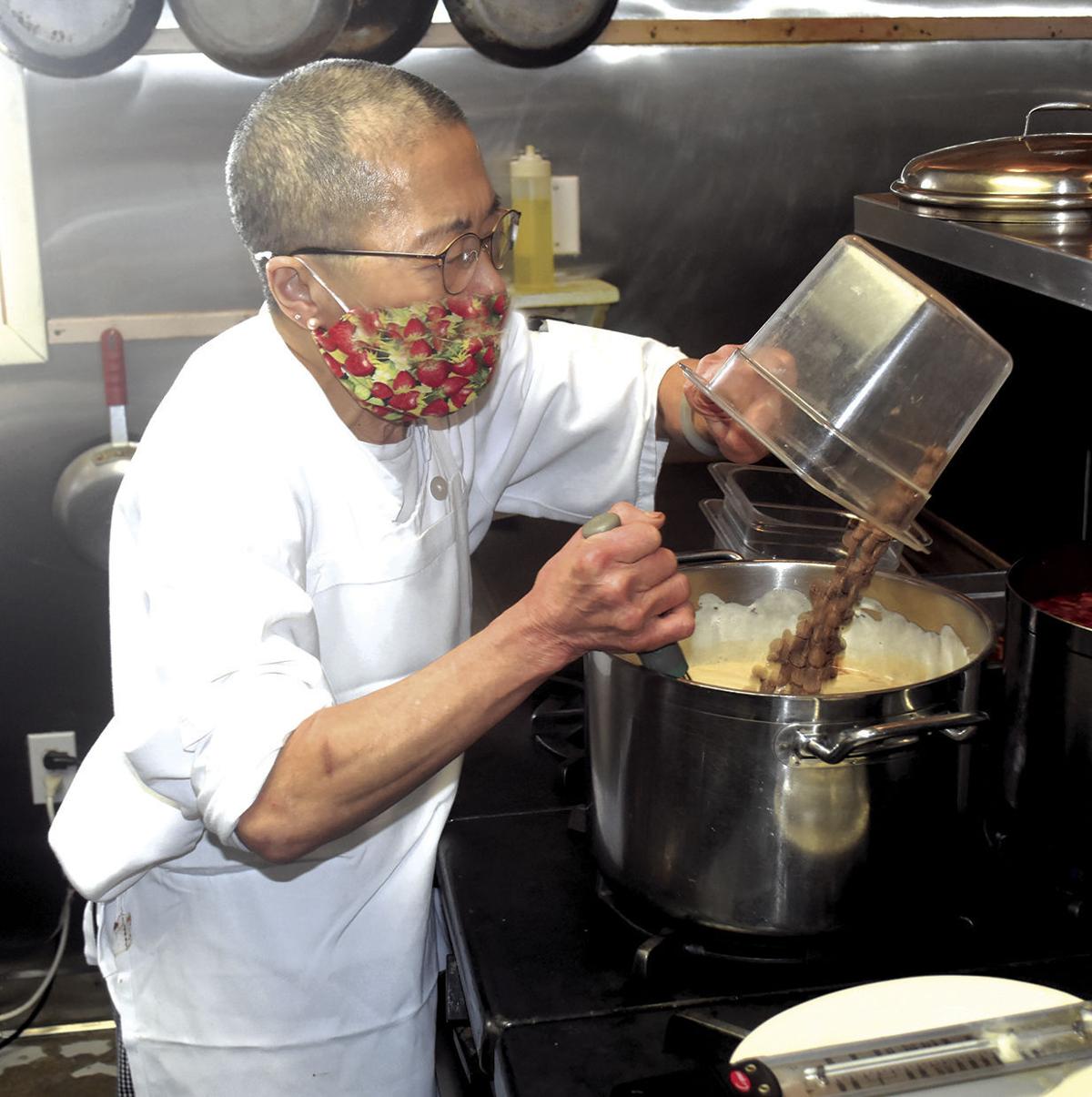 Chef Jackie Shen creates a batch of her special fudge in the kitchen at Jackie’s Cafe in New Buffalo. 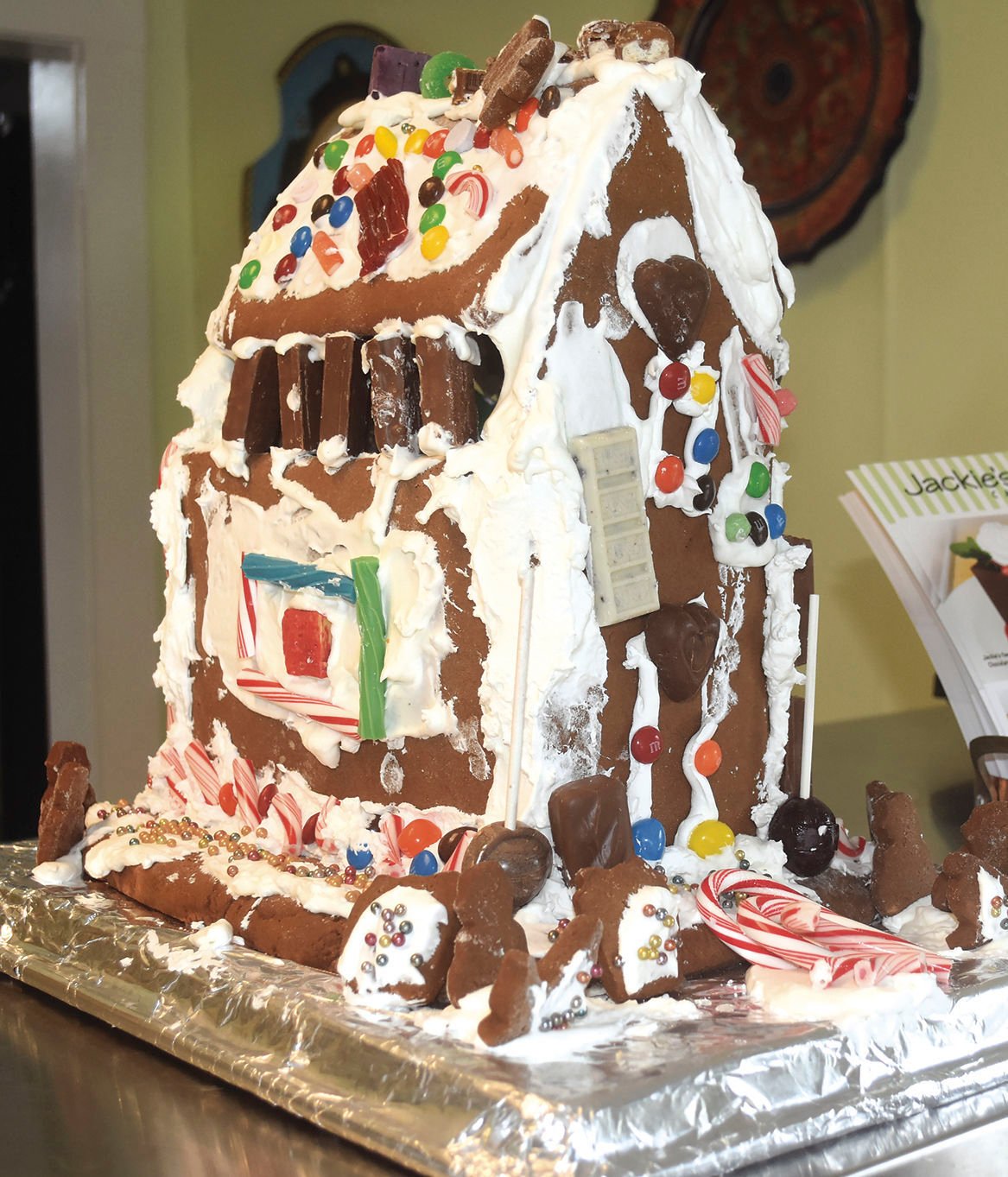 The 2020 gingerbread house at Jackie’s Cafe. 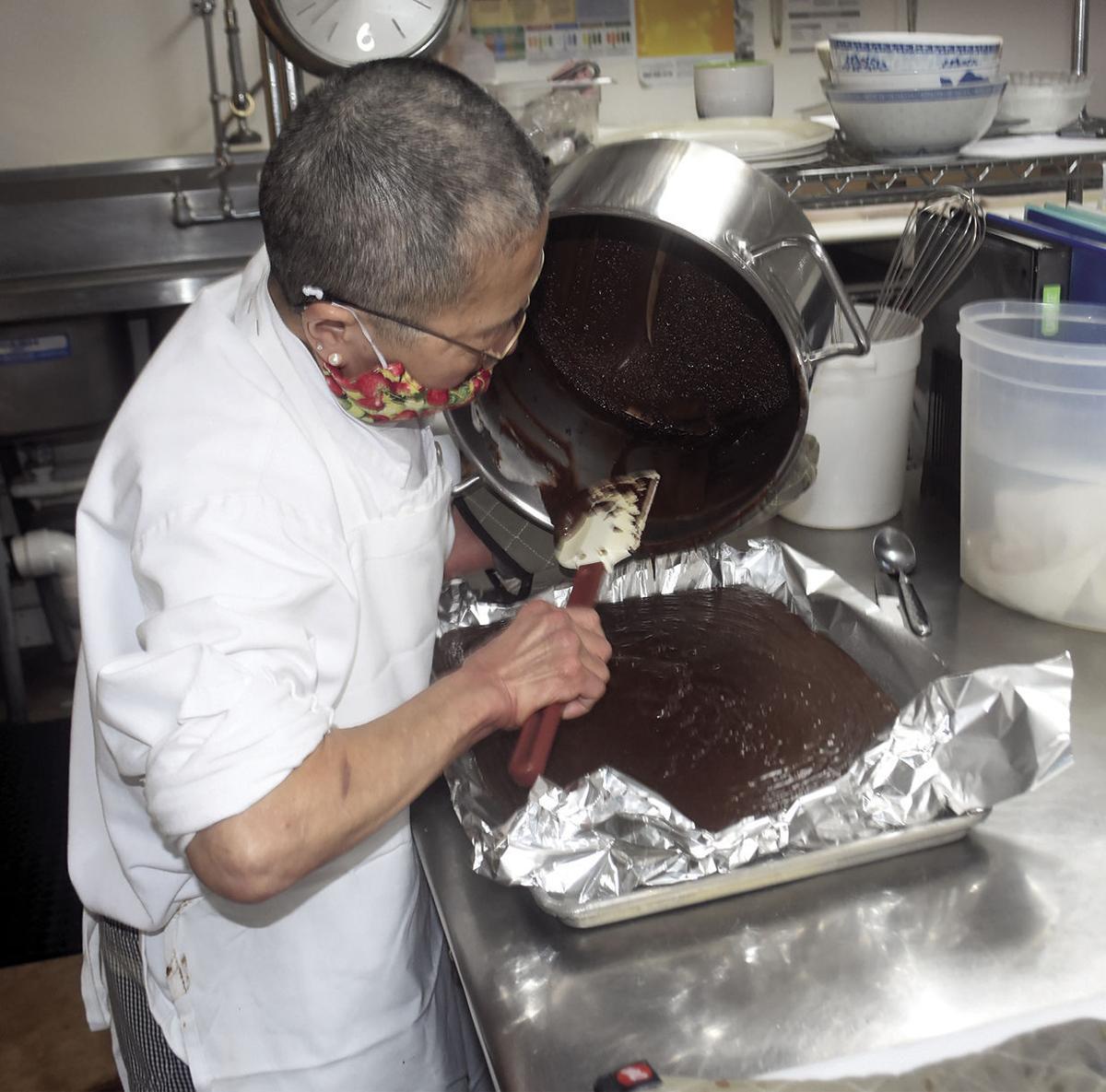 Jackie Shen pours a batch of fudge into a pan.

Chef Jackie Shen creates a batch of her special fudge in the kitchen at Jackie’s Cafe in New Buffalo.

The 2020 gingerbread house at Jackie’s Cafe.

Jackie Shen pours a batch of fudge into a pan.

NEW BUFFALO — A delicious dessert for some will equal meals for many thanks to this year’s “Fudge-Raiser.”

Almost every day for about the past month Chef Jackie Shen has been making fudge (her special recipe includes Belgian chocolate) at the rate of about 30 pounds per day in the kitchen at her Jackie’s Cafe in New Buffalo.

As of Dec. 16 She had made 680 pounds (600 of it already sold) for a fund-raising effort that will benefit Meals on Wheels of Southwest Michigan.

Shen said local insurance agent Tom Rossman is one of the Fudge-Raiser’s most consistent supporters.

“Every year he orders 34 pounds for his clients. He said it beats poinsettias.”

This is the sixth year Shen has done a Fudge-Raiser locally, with past beneficiaries including a New Buffalo Township Library program that provided portable devices to senior citizens, the River Valley Senior Center and the Rotary Club of Harbor Country. The 2019 Fudge Raiser donated $37,500 to the Senior Center.

For every $14 a patron pays for a pound of Jackie’s fudge, the fund-raising effort garners equal matches times three (from Nora Wood, Hillary Bubb from the Larry Bubb Endowment, and Jackie and Kenny Brody) for a total of $56.

Shen’s philanthropic tradition goes back more than 20 years to her days as a celebrity chef in Chicago.

She left Hong Kong when she was 18 to come to Ottumwa, Iowa, where she attended college. To earn tuition Jackie would go to Chicago in the summers to waitress in a diner. She graduated from the Houston Hilton School of Management and then worked at the Ritz Carlton, Water Tower Hyatt, and Hyatt Regency. After success in her first business, a diner on Chicago’s Northwest side, she went to work for famed chef Jean Banchet at Le Mer and then as an apprentice at Le Francais.

Her namesake restaurant, Jackie’s in Lincoln Park, was for 13 years a Chicago destination for out-of-towners such as Robert Redford and Paul Newman as well as local regular patrons Oprah Winfrey, Mike Royko, Studs Terkel and Ann Landers.

As a chef Jackie has received national recognition, numerous awards and honors, including an invitation by Mayor and Mrs. Daley to cook for the President of China during his visit to Chicago. She has also been very active throughout her career in organizing culinary talent to raise money for charity to support local organizations.

One holiday tradition that didn’t happen this year was the gathering of children in Jackie’s Cafe to decorate gingerbreads houses on the Saturday after Thanksgiving. Shen did create her own decorated house this year.

With her Cafe in New Buffalo open for take-out only in recent weeks due to pandemic restrictions, Shen said 2020 fudge sales have largely been driven by social media, work of mouth, newspaper notices and repeat customers. Meals on Wheels of Southwest Michigan (269-925-0137) also has been taking orders for Jackie’s fudge.