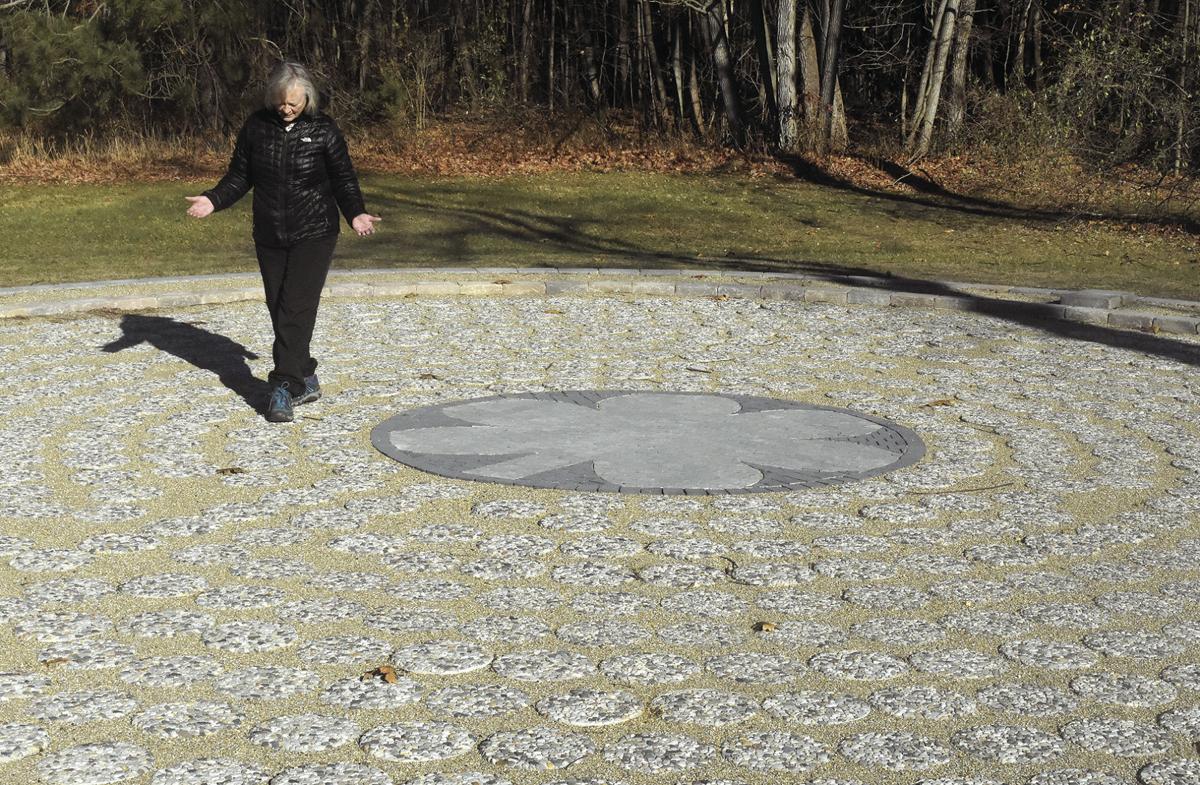 Linda Anderson takes a meditative walk around the labyrinth at Church of the Mediator in Harbert. 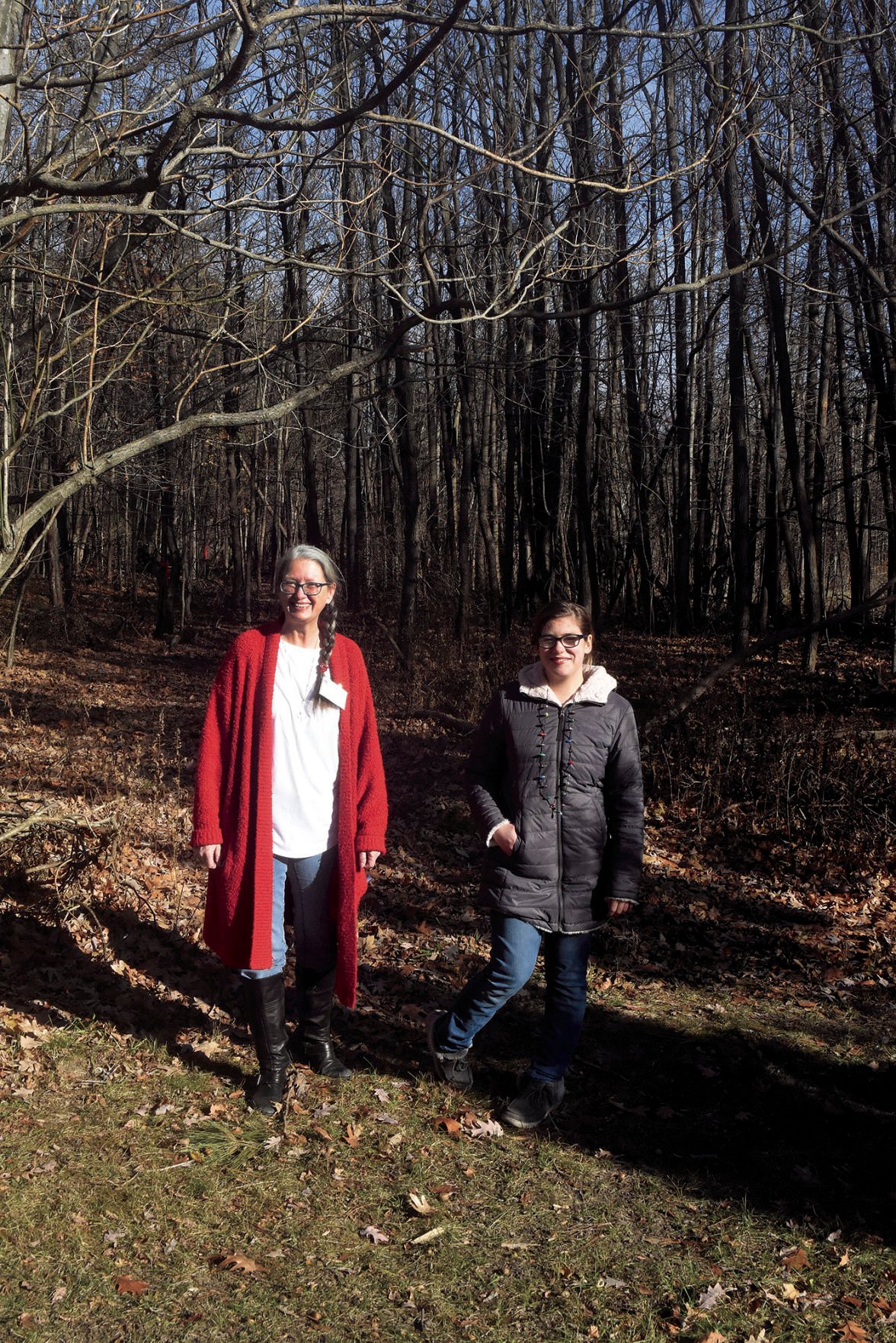 Marilee Roth and Emma Weers at the entrance to the Church of the Mediator hiking trail. 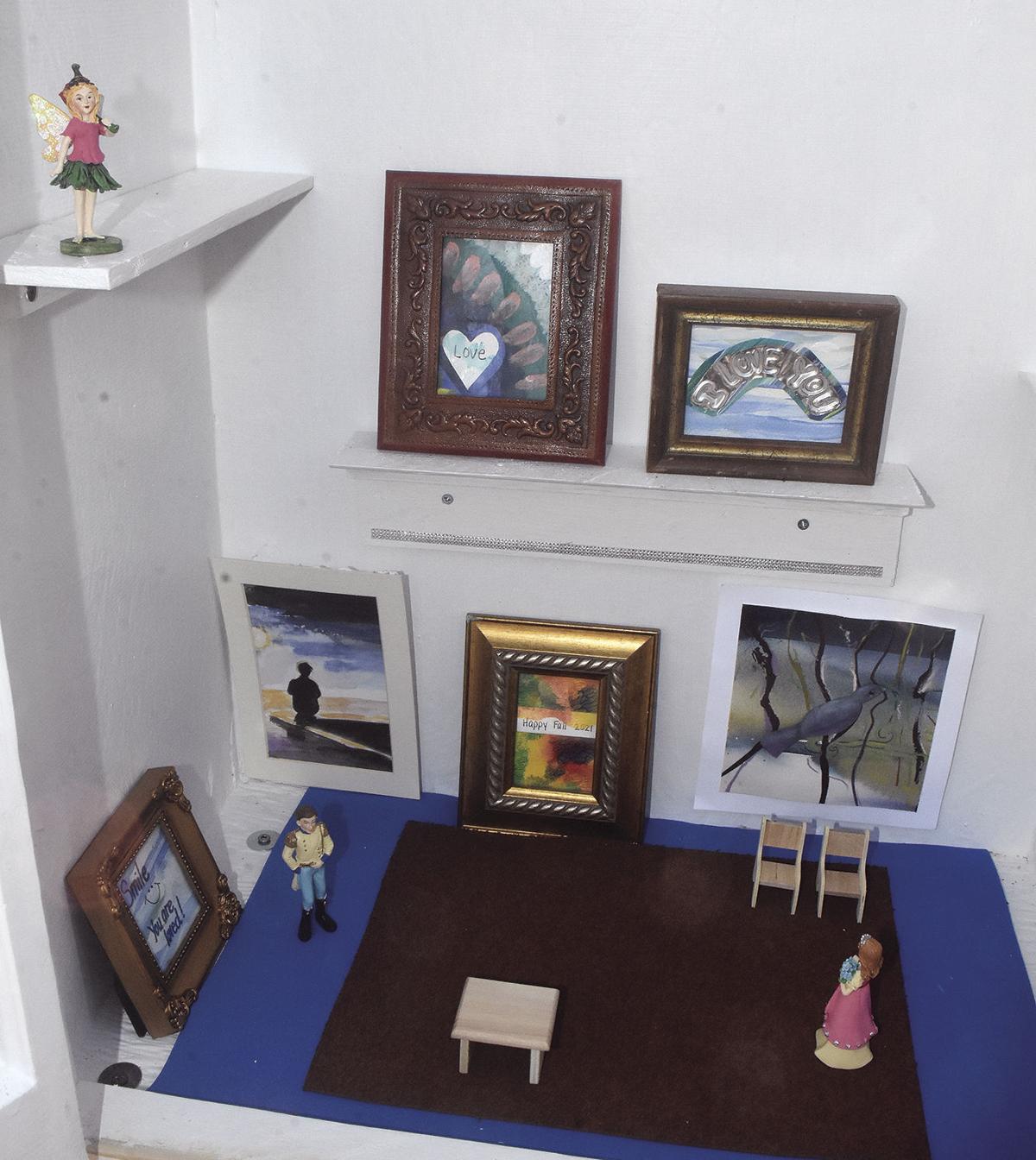 A view inside the Little Art Gallery at Church of the Mediator in Harbert.

Linda Anderson takes a meditative walk around the labyrinth at Church of the Mediator in Harbert.

Marilee Roth and Emma Weers at the entrance to the Church of the Mediator hiking trail.

A view inside the Little Art Gallery at Church of the Mediator in Harbert.

HARBERT — A pandemic project two years in the making is hard to miss next to Harbert’s Episcopal Church of the Mediator.

“We did it as a gift to the community because there are s many people who seek these out, do it for meditation, for exercise,” said Linda Anderson, a member of the church board.

Calmly making one’s way through the 40-foot wide Chartres-style labyrinth (printed directions are available next to the circular mind maze in Harbert) is seen as a non-denominational form of meditation that’s practiced all over the world.

The original Notre-Dame de Chartres Labyrinth in France (one of the most famous in the world) was placed within the nave between 1215 and 1221. With its rounded sides and eleven concentric circles, labyrinths using this model are known as Chartres-type recreations.

Approximately 18 years ago Mother Paula Durren presented a seminar to Marilyn Wagner, Laverne Hughes and Marianne Williams of the Church of the Mediator, focusing on labyrinths being a gift to the community, a place of sanctuary and peace, and a gathering place.

After becoming the Rector of Church of the Mediator, Durren continued to pursue using the church property’s large lawn for a labyrinth and meditation garden. Barbara Cromheecke and Gail

Newberry had experienced labyrinths in other churches and became dreamers of the vision of a Church of the Mediator labyrinth.

Church of the Mediator continues to seek and accept donations to finish the plan for the memorial gardens and columbarium.

A committee was formed in 2017 to work with Garth Woodruff PhDc, Director of Agricultural Programs at Andrews University Department, and Lani Woodruff, co -owner of Root Bound, a Landscape design Studio. Garth and his team volunteered their time and resulting design to help the committee with a landscape plan incorporating the labyrinth, a columbarium and gardens. The committee of Paul Cromheecke, Linda Anderson, Bob Tibbles, Rev. Richard and Mary Emrich, David Dietrich and Mary Jo Thies-Dietrich, presented the finished design to the vestry who approved the design.

In January, 2019, the Labyrinth committee met at the Church yard and mapped out the size and location for the labyrinth. In 2020 Darlene Kuhn answered the call to be Rector of the Church of the Mediator and was enthusiastic to start the labyrinth (competed in 2021) and garden plans.

Just past the 40-foot wide labyrinth is a fire pit area and a new trail (open to the public) that passes through a wooded area on the north end of the church property.

Anderson said the plan is to establish a conservation easement through Chikaming Open Lands and gave the woods a name.

Both a Free Little Library (No. 135132 – give a book, take a book) and Free Little Art Library (which contains tiny art projects which people can add to) have been established near each other next to the church building.