You are the owner of this article.
Edit Article Add New Article
You have permission to edit this article.
Edit
Home
News
Features
Sports
Photo Galleries
Opinion
Obituaries
Community
Classifieds
Jobs
How Do I?
1 of 12 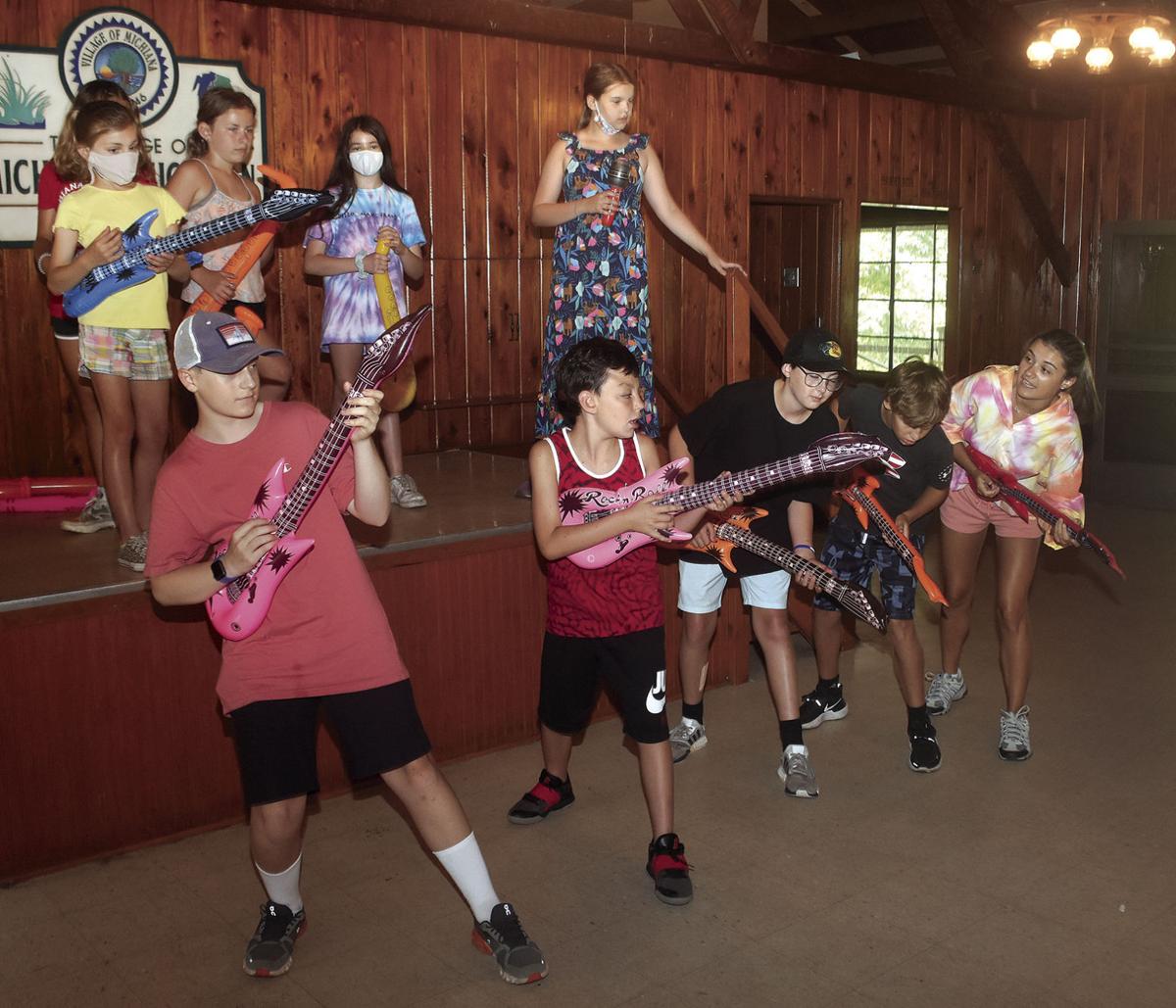 Michiana Day Campers practice for the Aug. 1 Talent Show during the July 23 session. 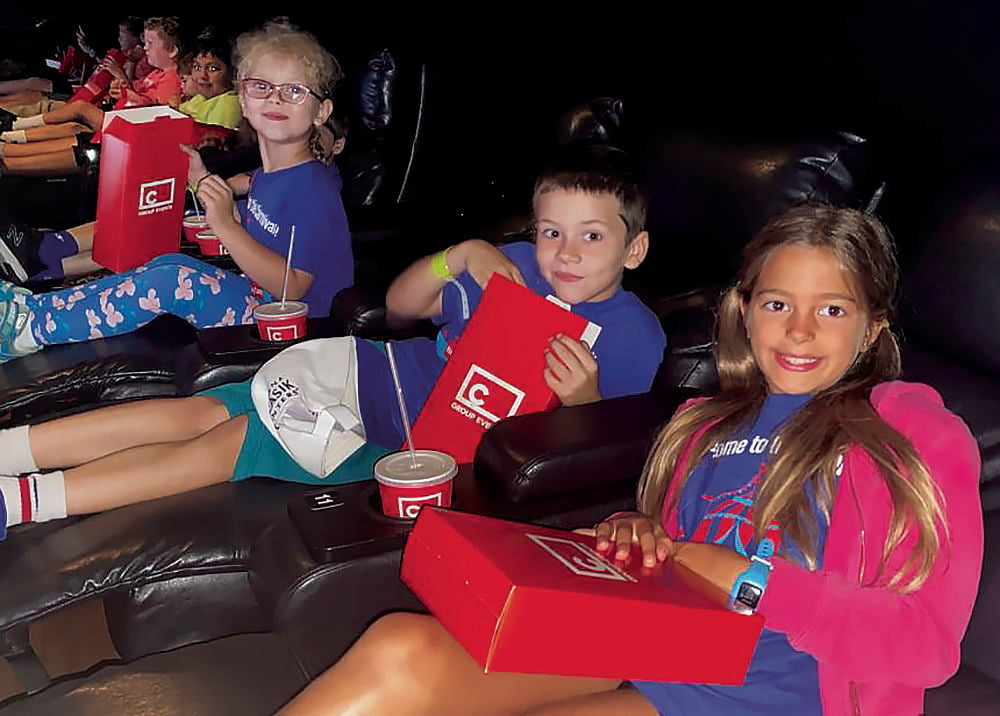 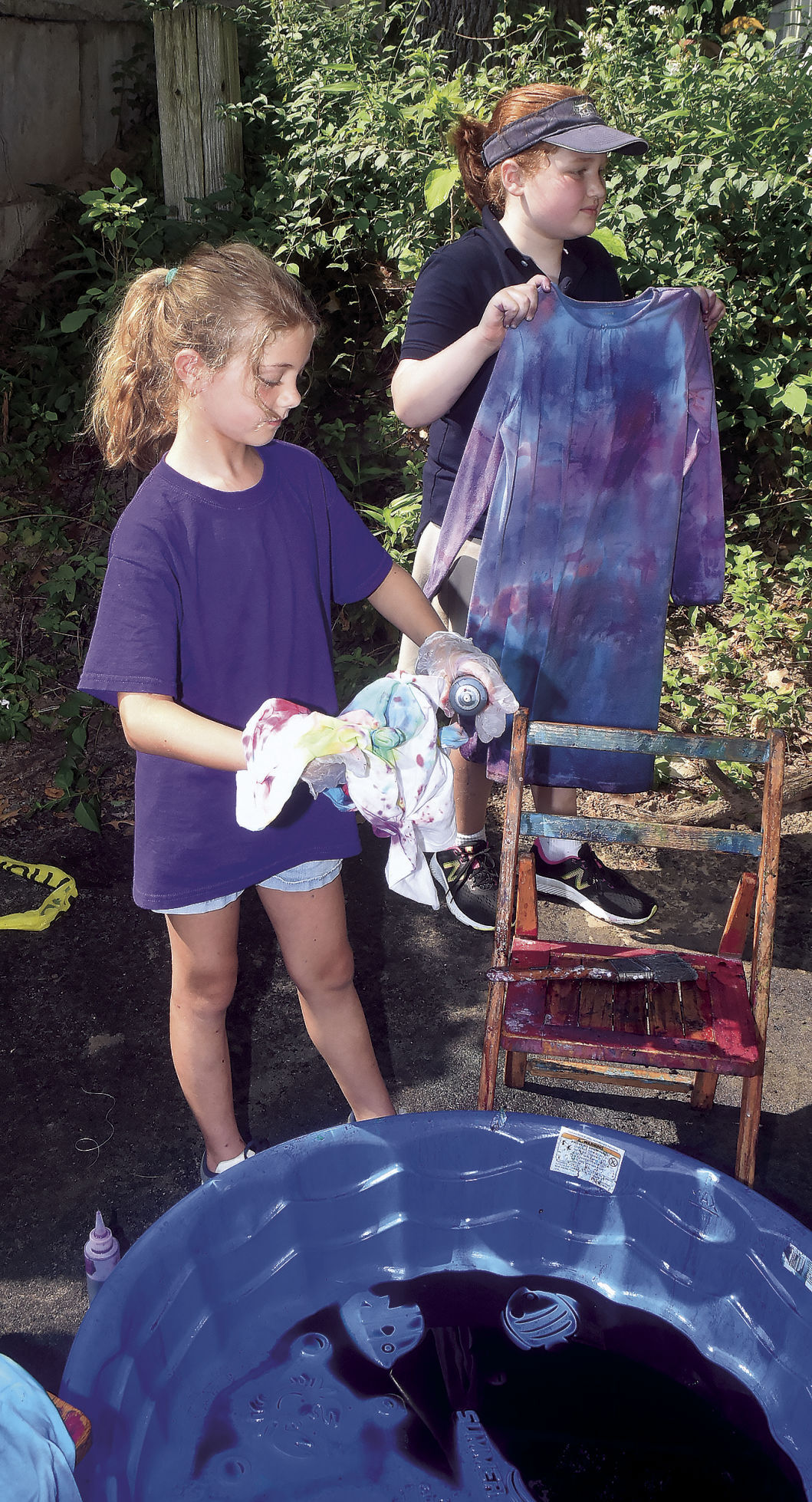 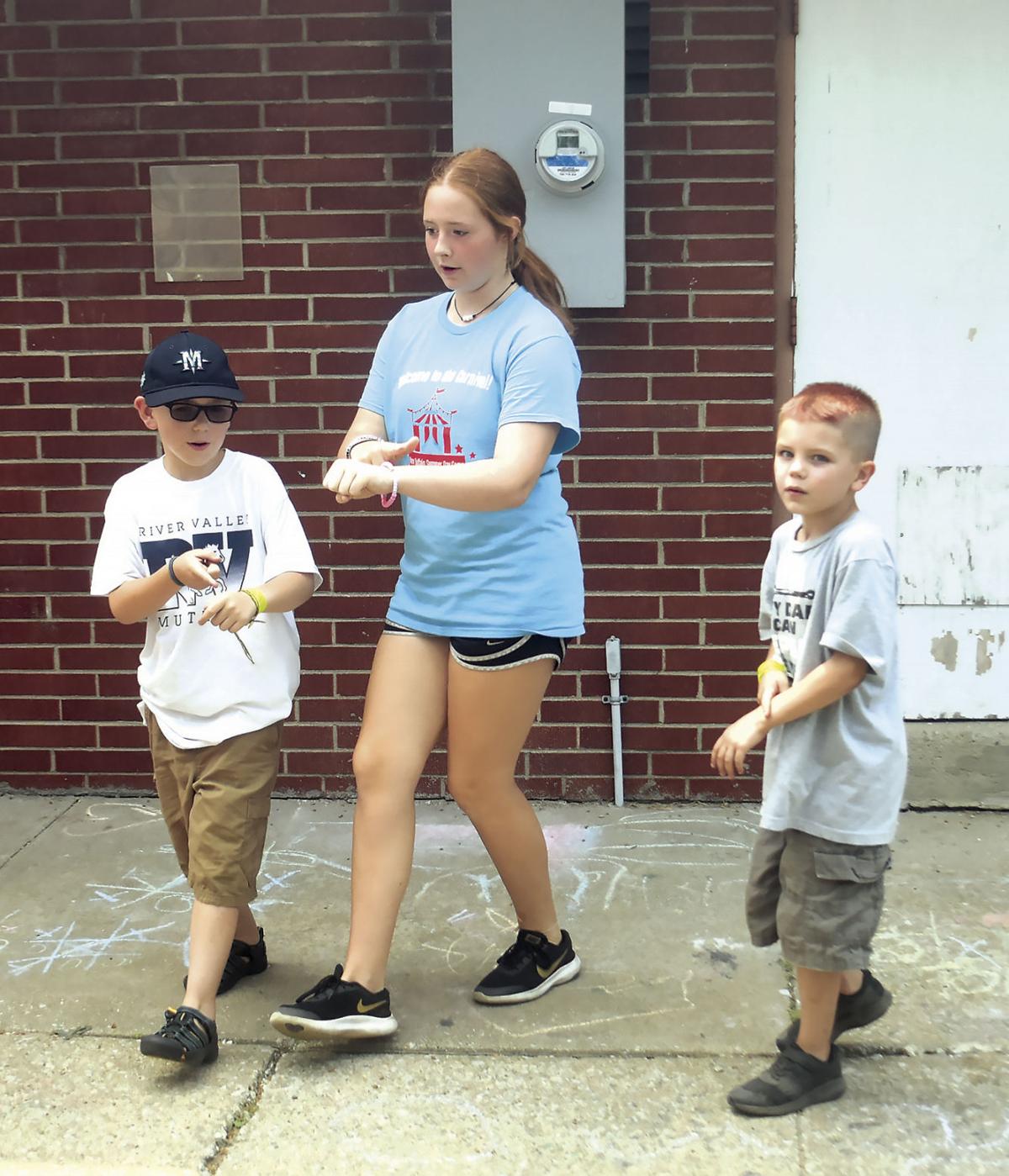 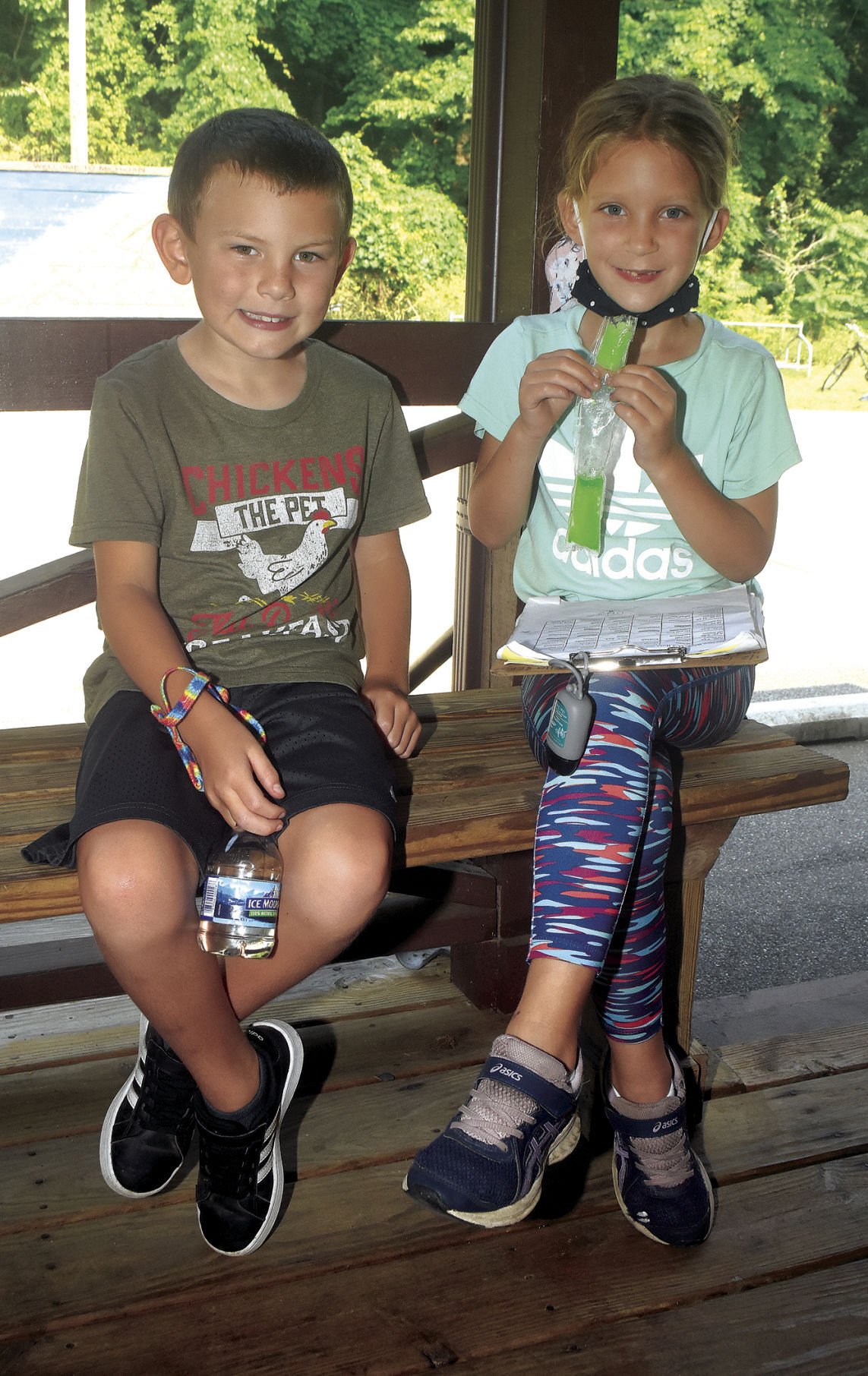 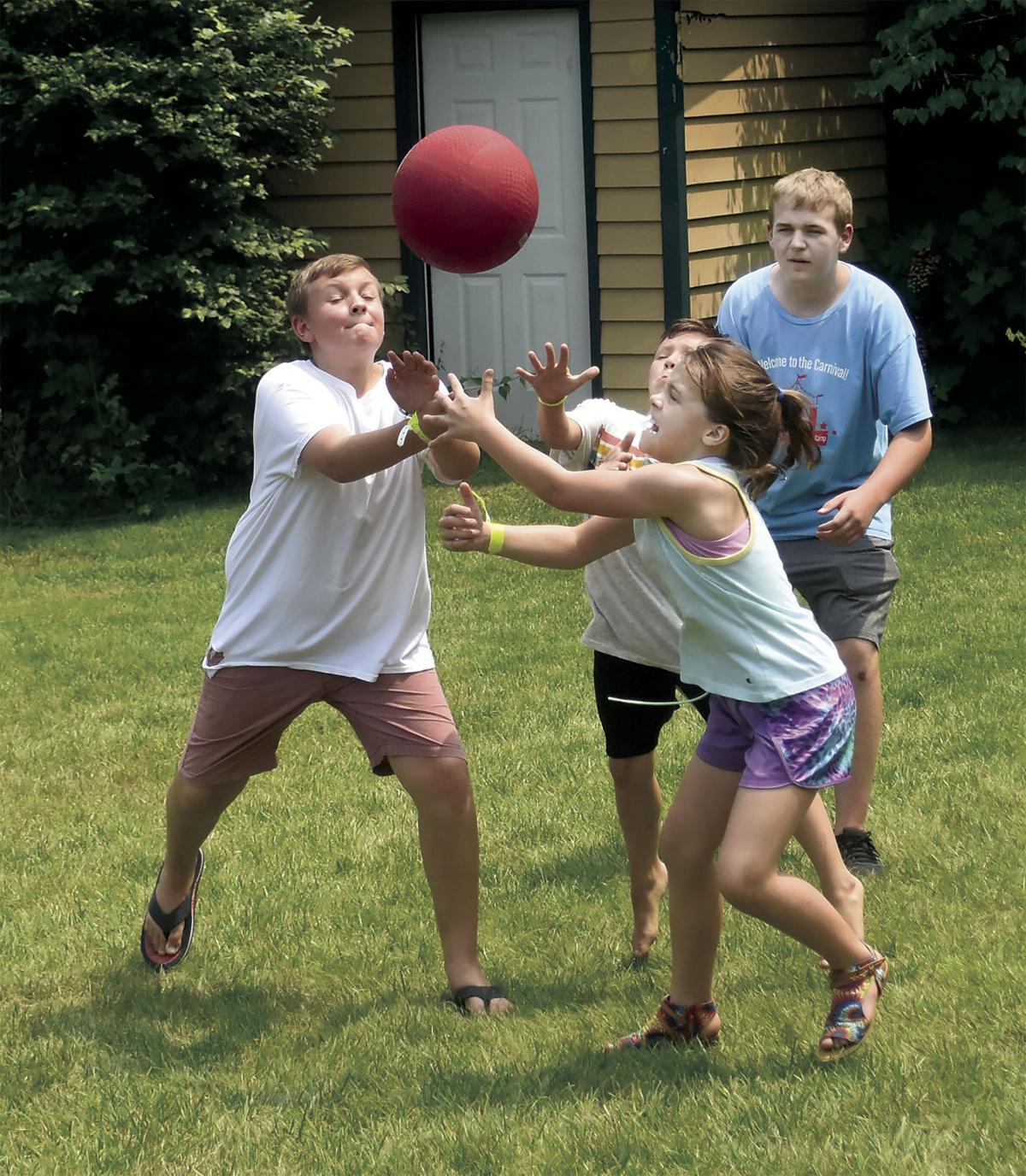 Going for the catch during a New Buffalo Day Camp afternoon of fun in Memorial Park. 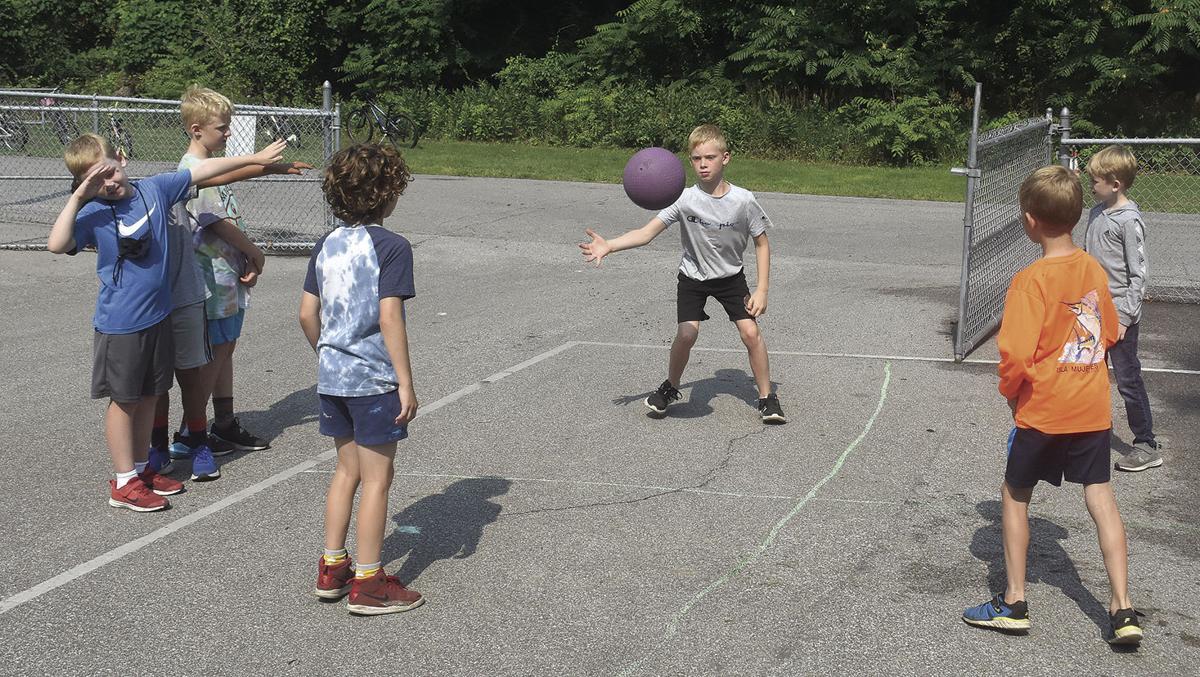 Tommy Krause (center) keeps the ball in play during a game of Foursquare at Michiana Day Camp. 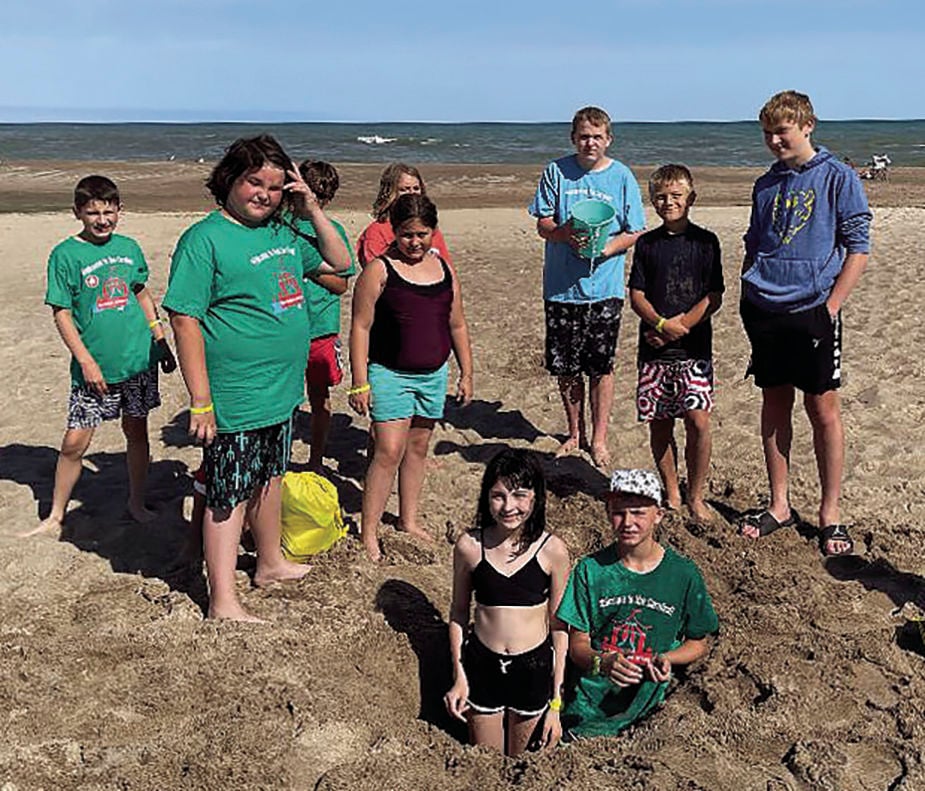 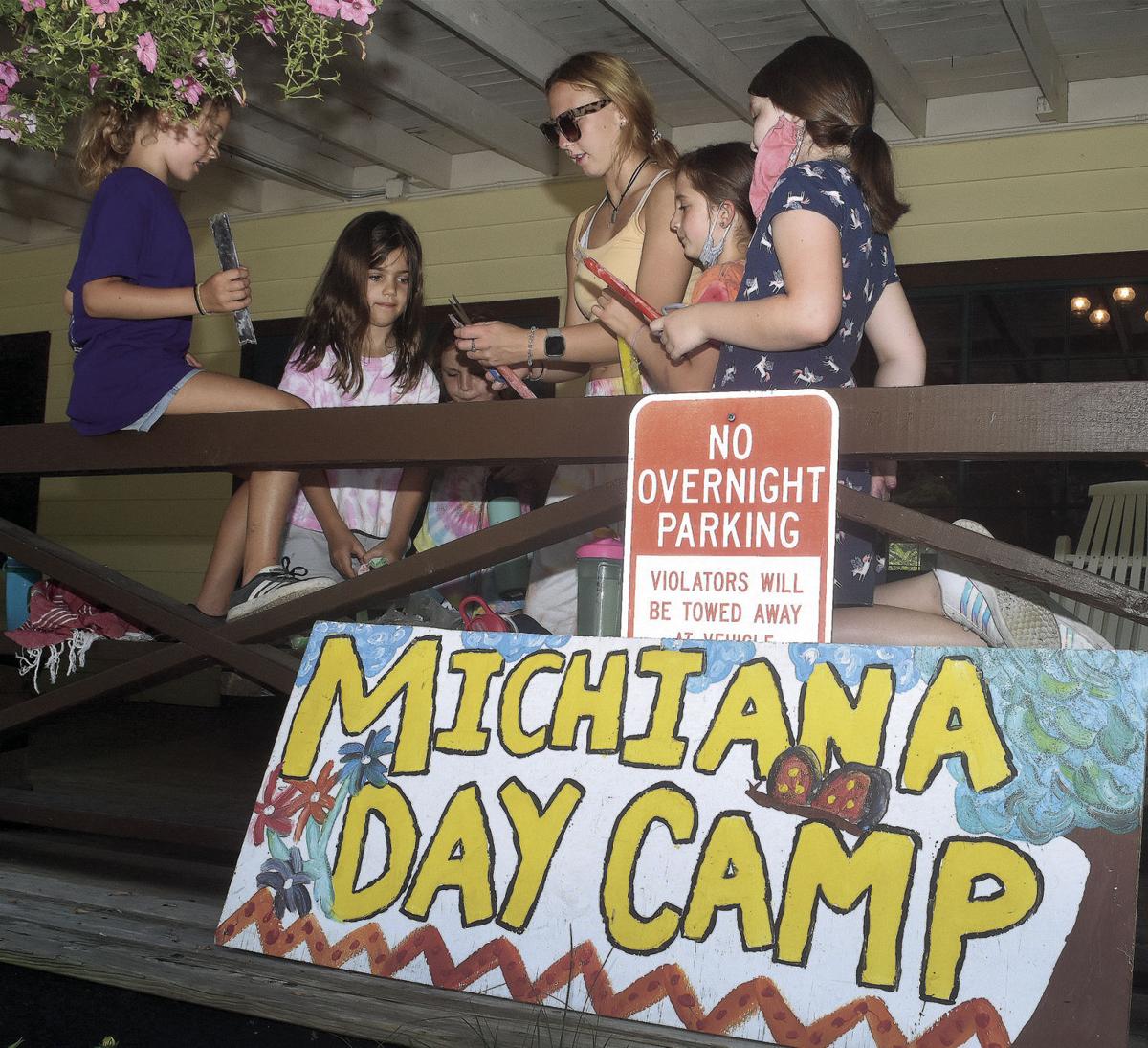 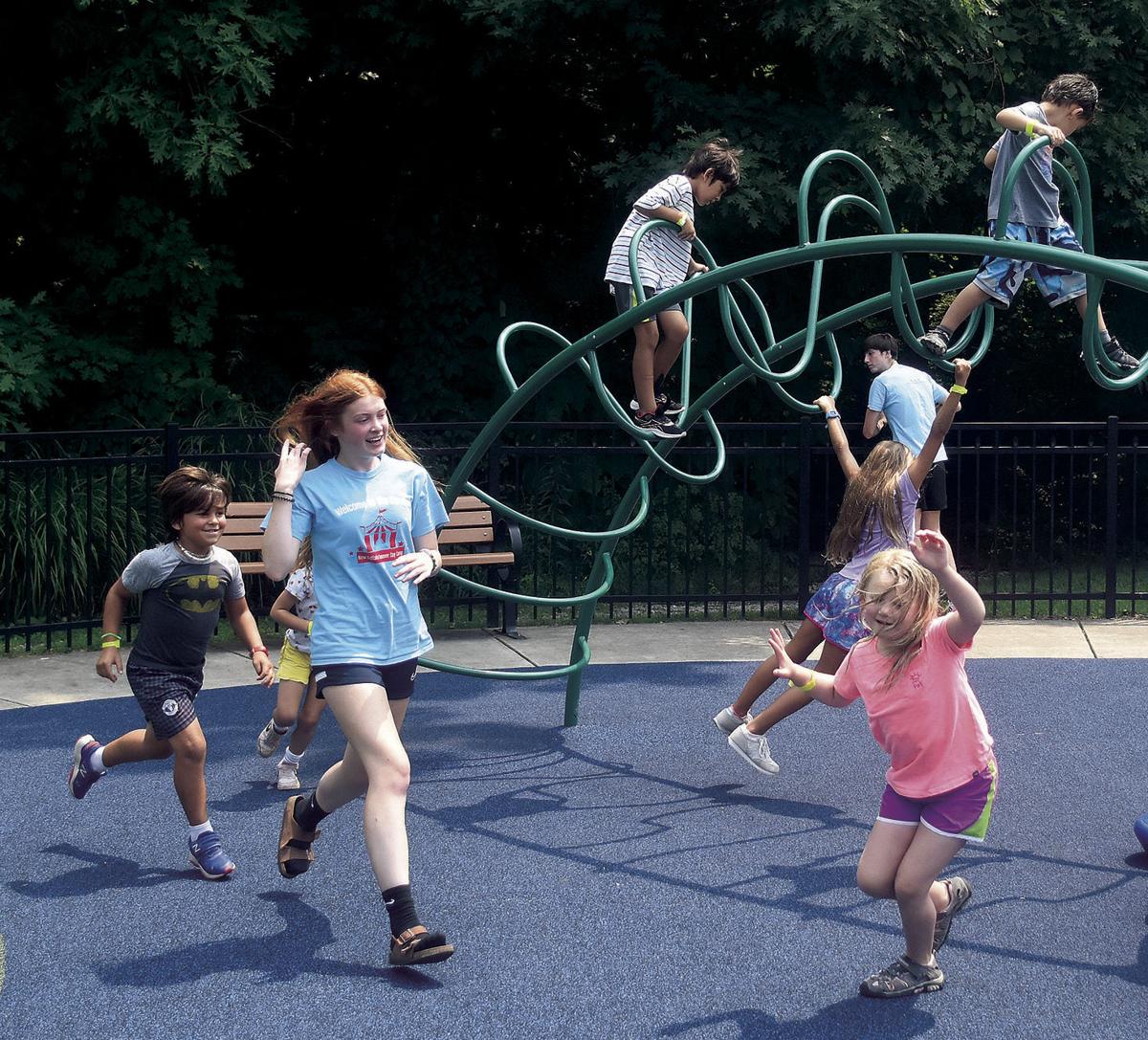 New Buffalo Day Campers having fun on the run at the Memorial Park playground on July 22. 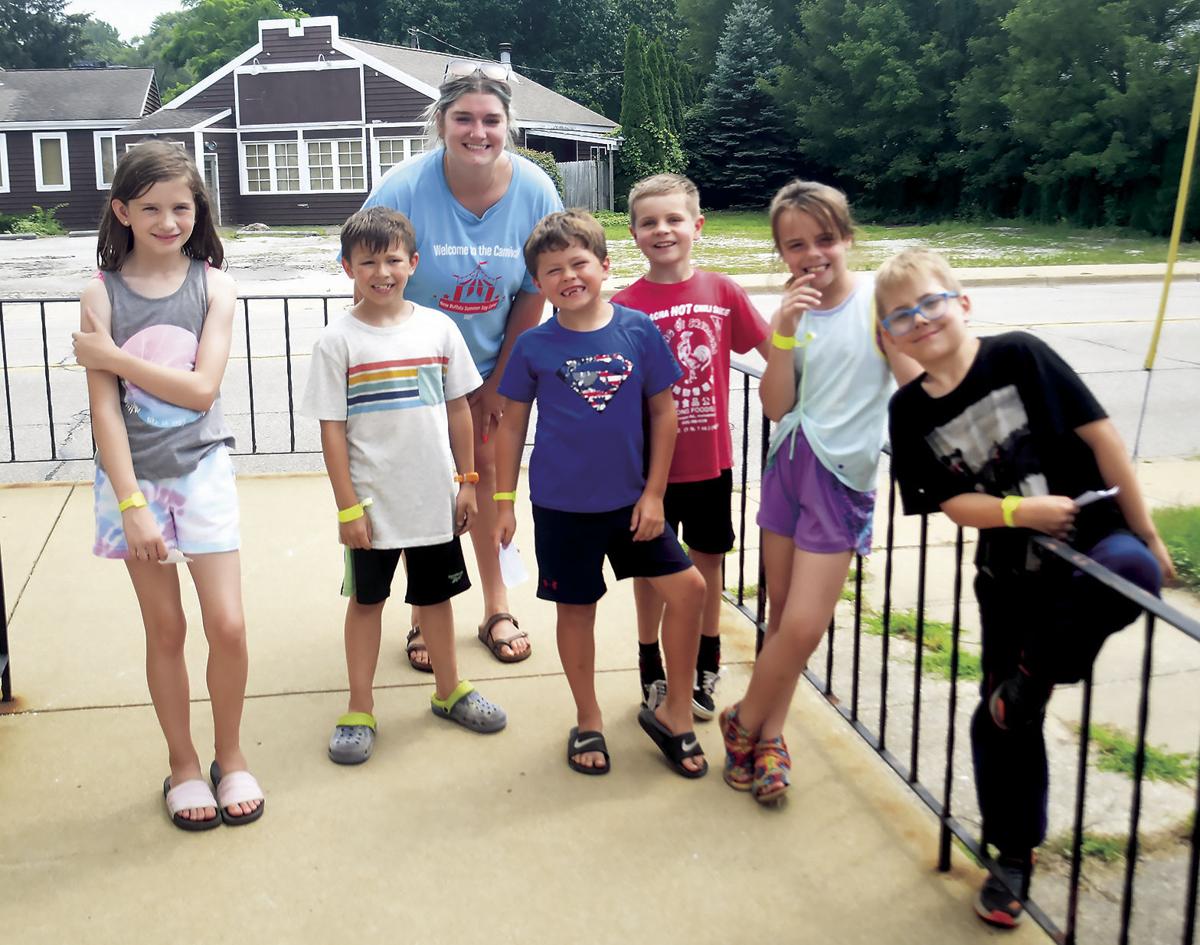 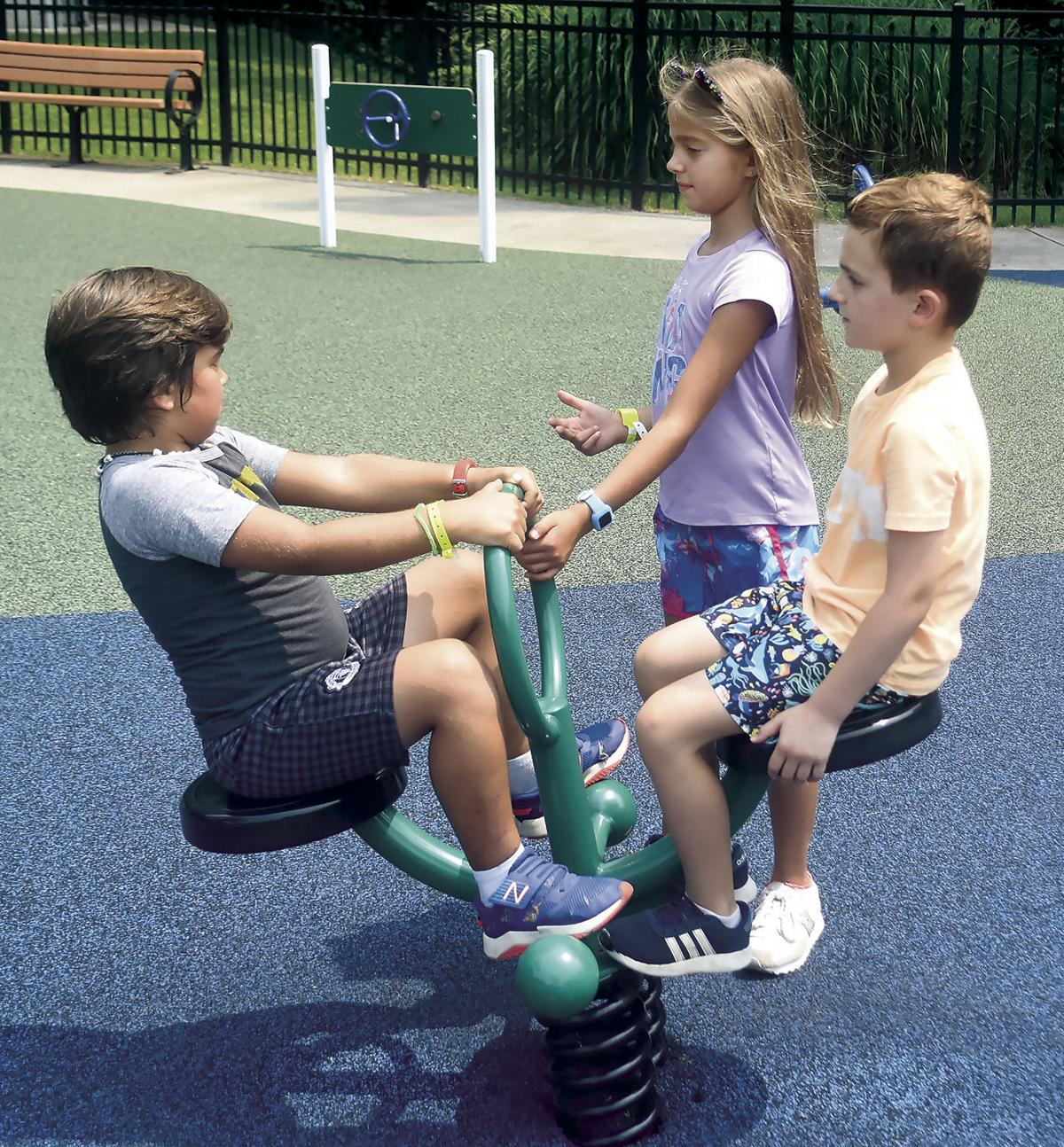 Michiana Day Campers practice for the Aug. 1 Talent Show during the July 23 session.

Going for the catch during a New Buffalo Day Camp afternoon of fun in Memorial Park.

Tommy Krause (center) keeps the ball in play during a game of Foursquare at Michiana Day Camp.

New Buffalo Day Campers having fun on the run at the Memorial Park playground on July 22.

NEW BUFFALO — Summer memories were made again this summer at day camps in New Buffalo and Michiana.

Such camps were rare in 2020, although the River Valley School District did sponsor a program at Tower Hill Camp in Sawyer.

Michiana Day Camp Director Cassidy Vendramin said the Michiana Women’s Club founded the village’s camp generations ago to give mothers who were spending summers in the village with their children while their husbands worked in the city three hours of their morning free.

“And then have the kids come home for lunch and then you go to the beach all day,” she said.

Cassidy said she is a fourth-generation Michiana Day Camper.

“My great-grandma (Jewel Harris) was a camper here (as was her grandmother, Andrea Mazer). My brother (Cody Weaver) is a camper here, my sister (Regan Vendramin) is the art director, and my mom’s the (Women’s Club) president (Tina Weaver – also a former camper).

Michiana Day Camp is held Monday through Friday 9 a.m. to noon (Central Time) From June 21 through Aug. 6. Vendramin said about 70 people (including 11 counselors, almost all former campers) attend on a typical day.

Activities include basketball, kickball, the game do you love your neighbor?, art class (tye dye T-shirts were created July 19-23), a talent show on Aug. 1, pickle ball, hockey, snack time (“a big deal here”), knockout, and a colors war week finale with a tug of war and a counselors’ watermelon eating contest.

“They’re really into capture the flag this year,” Vendramin noted.

“It’s a really, really big heart of the community because everybody here grows up together, and then when we go off to our different lives like school years and stuff, we come back here and everybody picks up where they left off,” Vendramin said of Michiana Day Camp.

Butler said once the grant was in place she began arranging transportation, finding a source of food, staffing the camp, and setting up field trips. She served as a counselor for the Harbor Country Day Camp held at New Buffalo Middle/High School for 10 years. Butler, a 2015 NBHS graduate, teaches in Grand Ledge, Mich.

Butler said Jenny Jones of the River Valley Schools food service “has been so awesome” in providing snacks and lunch.

She said 65 campers from The Pokagon Fund service area (primarily the New Buffalo and River Valley school districts) are enrolled (with between 55 and 60 attending day to day). The age range is kindergarten through sixth grade.

“I did have a wait list. We pulled some off the list as people went on vacation,” Butler said.

“We have counselors from New Buffalo, Three Oaks, New Troy, Niles, Bridgman and Stevensville,” Butler said, noting that 44 people applied for the positions.

During the first half of a typical day at camp Butler said children rotate between “specials” such as Spanish, art, book club with Christy from the New Buffalo Library, and culinary, in classrooms at Frozen Hall.

“Sometimes we walk over to St. Mary’s Field and do kickball and other stuff there in the morning,” Butler said, adding that more than half of Day Camp activities are held outdoors and COVID protocols such as having campers stay in cohort groups when indoors have been followed.

The 2021 New Buffalo Day Camp began on June 28 and runs through July 30. Hours were 8 a.m. to 4 p.m. Monday through Friday. Zabicki said the final week was scheduled to include a talent show on July 29 and a carnival the final day.