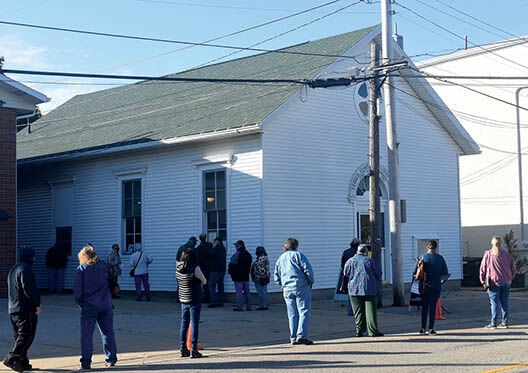 Voters line up in Three Oaks on Nov. 3 with the Three Oaks Heritage Hall in the background. Ballots were cast in the fire house to the left of the former Township Hall building. 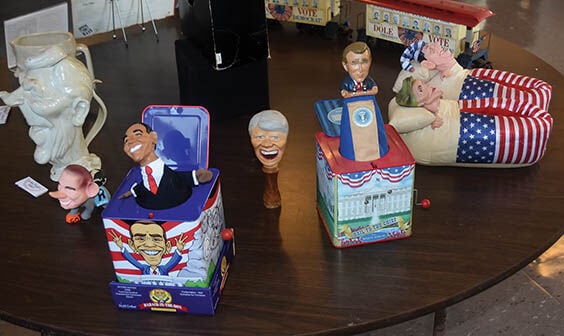 Some visual indications that past presidential elections may have been a bit more light-hearted than the 2020 race. 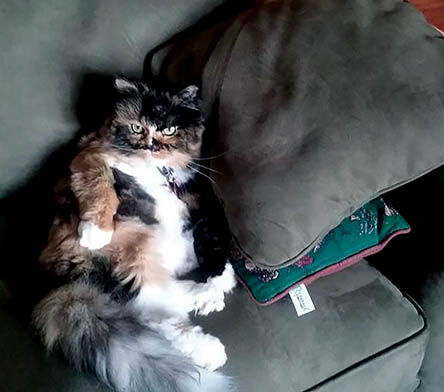 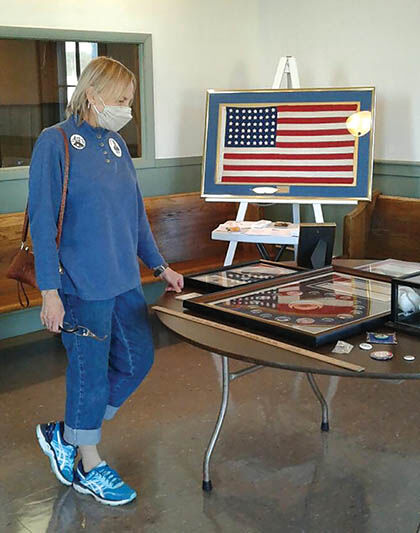 Delores Sittig checks out some of the historical items from elections past inside the Three Oaks Heritage Hall on Nov. 3. 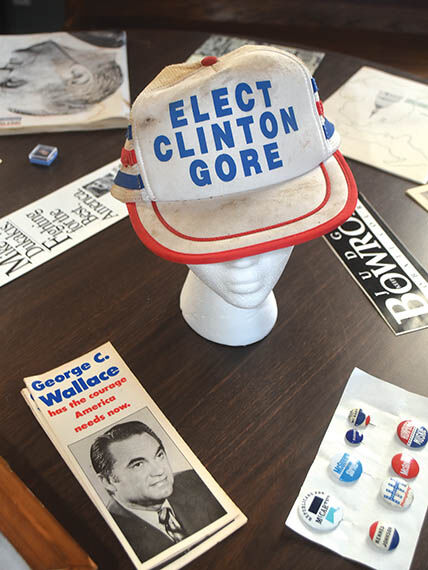 Memoribilia from presidential elections past including a hat that wasn’t primarily red. 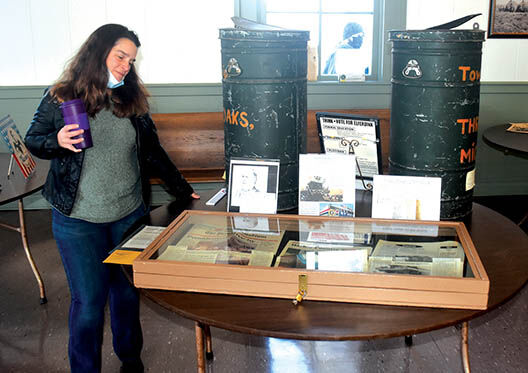 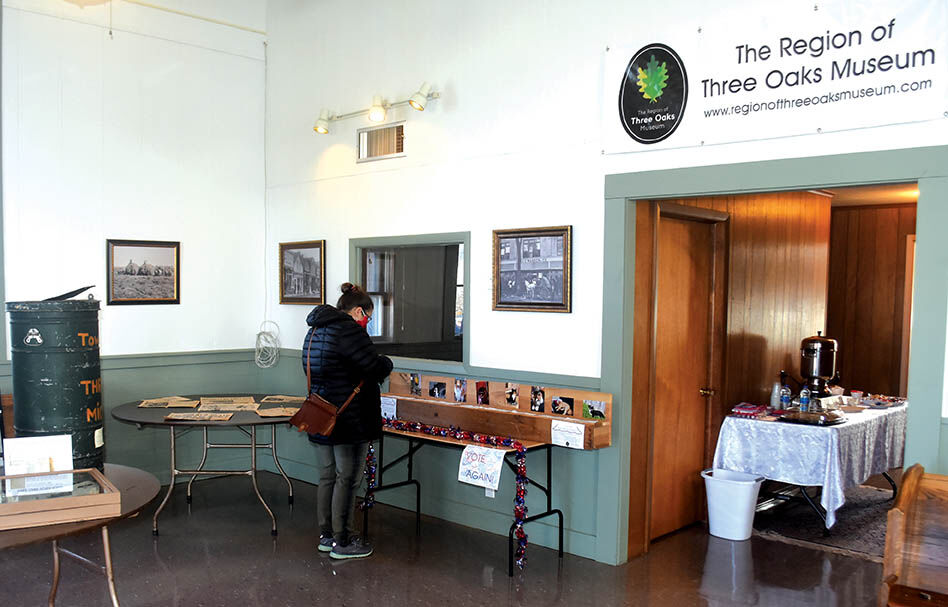 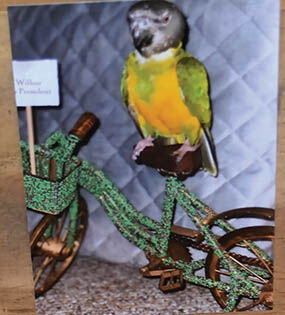 Voters line up in Three Oaks on Nov. 3 with the Three Oaks Heritage Hall in the background. Ballots were cast in the fire house to the left of the former Township Hall building.

Some visual indications that past presidential elections may have been a bit more light-hearted than the 2020 race.

Delores Sittig checks out some of the historical items from elections past inside the Three Oaks Heritage Hall on Nov. 3.

Memoribilia from presidential elections past including a hat that wasn’t primarily red.

THREE OAKS — November 3, 2020, brought voters to the polls and visitors to Three Oaks Heritage Hall for an Election Day Open House put on by The Region of Three Oaks Museum.

While local voters lined up around the block awaiting their chance to cast ballots inside the fire house, those visiting the Heritage Hall next-door enjoyed several election displays that included the old metal drums that received Three Oaks ballots into the 1970s, a campaign torch from the 1896 presidential election, fliers from the many votes on school consolidation in the 1960s, a locally-made quilt with a Benjamin Harrison campaign ribbon sewn into it, campaign-themed toys (Obama and George W. Bush jack-in-the-boxes, Ron and Nancy Reagan slippers), and political buttons from19th, 20th, and 21st centuries.

Also featured were commemorative coins the Nixon campaign sent to contributors, an Elect Clinton-Gore trucker hat, a report on President McKinley delivering an address from the mound that would later be home to the Dewey Cannon, and coverage of the Bill Clinton campaign train’s trip through the local area (it stopped in Three Oaks, but sped through New Buffalo reportedly because advance security heard what was later said to be a nail gun being used at a construction site).

Visitors were also invited to cast votes (in the form of donations to the museum) for the Pet President of Three Oaks. The winner was Dorothy the Cat, who pledged to work with local feral cats to abolish limits on wet food. Dorothy edged out ZuZu the Collie, Ricky the Raccoon, and five other candidates (Wilbur the Parrot took the daring stand of “if you pay more attention to those cats than me, I will bite you!”).

Region of Three Oaks Museum Secretary Kathy Alton said the Three Oaks Heritage Hall was built in 1866 and was previously Three Oaks Township Hall. It was purchased last spring by the museum after township offices moved to a former bank building on U.S. 12, and the facility has undergone a series of improvements. Walls of the main room have been freshly painted, floors rehabbed, and framed artwork hung (portraits of E.K. Warren and Henry Chamberlain, as well as old photos of pioneer Three Oaks). Alton said upgrading the bath rooms is the next planned project.

Heritage Hall is available for rent for community events or small parties at affordable rates, and anyone interested in renting the space can contact The Region of Three Oaks at trotommuseum@gmail.com.

Alton said a yoga class currently meets in the hall and an office space inside the building is available.

Area voters had their say on Nov. 3.

The following are non-certified General Election results from the Berrien County Clerks office:

Humphrey provided the following reaction: "I am both thrilled and humbled by the recent election results. The large turnout and vote totals are clearly a mandate that the local residents of New Buffalo expect a change in direction when it comes to New Buffalo City policy on everything from our economy, tourism management, environmental issues, short term rentals, housing and public relations. I am honored that I could reach out on a non-partisan basis, beyond national politics and speak to voters on specific issues that affect all full time residents and they have clearly positively responded in unison.

My colleague Roger Lijewski represents the multi-generation life-long residents of New Buffalo, Roger’s Wreckers is viewed as one of the cornerstone businesses of this City. When the residents felt he was treated unjustly the voters responded with the highest single vote total of any candidate in recent history. A testament to his lifelong service to this community.

My colleague Brian Flanagan represents a constituency that is at the root of our economy, our boaters. Our Marina faces many challenges and our Voters have responded that someone with 20 years of service to our boating community should be the voice that represents them.

For my part, I am glad that I could advocate on housing issues, property rights and how the long neglect of our most fundamental document, our Town Charter,  has put a strain on so many of the basic functions of this community. Post Election, it's clear the voters of the City of New Buffalo, would like it's full time residents to run this City and have their voices heard loud and clear and for that we are grateful."