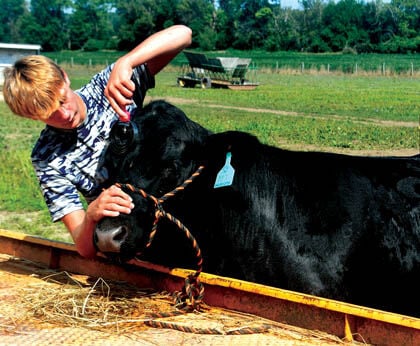 Matthew Moore gets “Tyson” cleaned up for an Aug. 9 Berrien County Showcase Beef Division event. Other types of livestock scheduled to be shown include Goats, Sheep and Horses. - photos by David Johnson 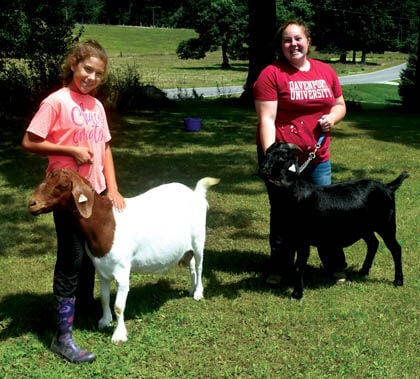 Annette Donner (at left in upper right photo, with “Butters’) and Helen Donner (with “Marybeth”) at the family farm near Three Oaks. 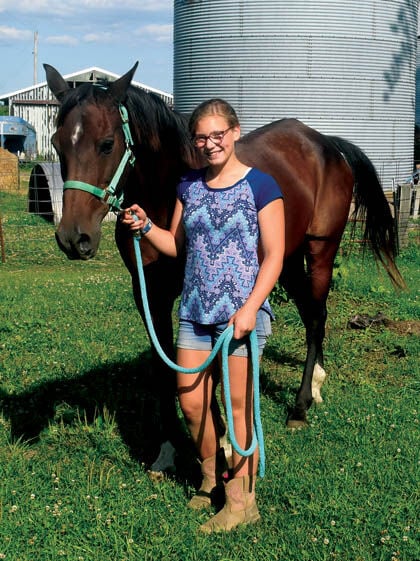 Emma Zeiger and “Fred” are headed to the Berrien County Showcase.

Kyle Kirk plans on showing “Bo” and “Luke” at the Youth Fairgrounds this year at the exhibitor-only Showcase. 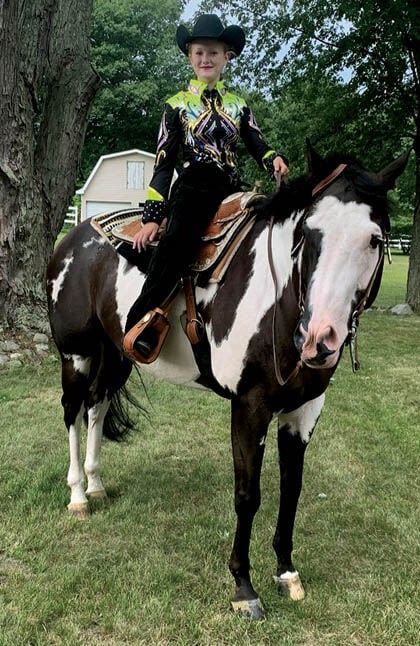 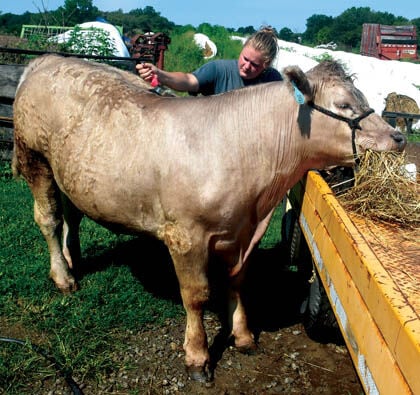 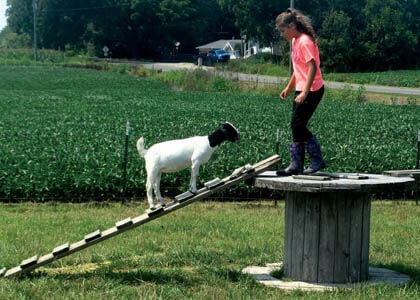 Helen Donner with “Meredith” atop a goat playground. 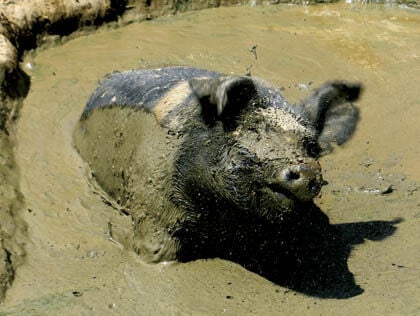 Hamela” enjoys a mud bath at the Donner farm.

Matthew Moore gets “Tyson” cleaned up for an Aug. 9 Berrien County Showcase Beef Division event. Other types of livestock scheduled to be shown include Goats, Sheep and Horses. - photos by David Johnson

Annette Donner (at left in upper right photo, with “Butters’) and Helen Donner (with “Marybeth”) at the family farm near Three Oaks.

Emma Zeiger and “Fred” are headed to the Berrien County Showcase.

Kyle Kirk plans on showing “Bo” and “Luke” at the Youth Fairgrounds this year at the exhibitor-only Showcase.

Helen Donner with “Meredith” atop a goat playground.

Hamela” enjoys a mud bath at the Donner farm.

THREE OAKS — Although there will be no 2020 Berrien County Youth Fair (the 75th anniversary celebration has been pushed back to 2021), A “Berrien County Showcase” is planned for youth exhibitors.

Crafts and horticulture exhibits, livestock shows involving Beef, Goats, Dogs and Sheep along with a three-day series of Equestrian events are planned, but the fairgrounds will be closed to the public and each exhibitor family is allowed just two adults at the events.

Among the livestock groups not participating in the 2020 Showcase are Swine, Poultry, Pocket Pets and Rabbits, and Llamas.

Siblings Lillian and Matthew Moore of Three Oaks were among those taking part in the first Showcase event — the beginning of the Beef Carcass Class on Aug. 9.

“It’s been very different, said Lillian, 15. “You’re not going to an actual fair and having all these people come to see your animals. It’s kind of disappointing, but you’ve still got to work with them and get them ready for a show that they’ll get graded in.”

Matthew, 14, said he’s disappointed because they put a lot of effort into the hogs (which their aunt, Sarah Strefling, said have been sold).

Strefling said the Carcass Class animals will be taken to Pease Packing Plant in Kalamazoo on Aug. 14 for the post-processing judging (she said the score of the ribeye to grade the meat).

“It’s teaching these kids if they were to go into this market to raise cattle for a living what they’re looking for,” Strefling said.

She said because of COVID the packing plants are all backed up, so the fair does help out by getting the animals to a butcher, adding that the animals have been pre-sold to Shuler’s Dairy Farm.

Lillian also has a Dairy Holstein she is taking to the fairgrounds for an Aug. 16 Beef Showcase while Matthew is entering a crossbred for that event.

• Annette and Helen Donner, 11, of Three Oaks plan on bringing quite a few animals to the Fair Showcase.

Annette, 20, said she’s taking three head of cattle and eight goats. She also would have taken three pigs, but with the cancellation of that class they’re staying home in the cooling wallow pond they’ve created in their pen.

Helen, 11, plans to show a steer, a heifer calf and five goats

It has been an unusual pre-fair season.

“It’s almost like how do we get ready this year?” asked Annette, adding that it will be weird not having trophies or ribbons and not seeing as many people as normal.

Most of this year’s shows will be held outdoors with animals based in trailers and going home each night.

• Emma Zeiger, 13, of Three Oaks, plans to take “Fred” to the fair for a number of equestrian events (there are three days of such activities scheduled).

“I do horsemanship, showmanship (English and Western), and gaming,” she said, adding that English Equitation is his speciality.

Zeiger has been riding “Fred” at the Youth Fair since she was 8 years old — but that’s just a fraction of his experience. Although he appears perfectly energetic and ready to go, Fred is 27 years old.

Emma also is taking a goat to the Showcase.

Zeiger is a member of the River Valley Wranglers 4-H Club (although 4-H clubs are not participating so exhibitors are going as individuals).

• Kyle Kirk, 11, of Three Oaks, is taking two steers to show in the Beef Division (“Bo,” a cross, and “Luke,” an Angus) to compete in Beef Showmanship and Market events on Aug. 16.

Kyle said he decided to participate in the Youth Fair Showcase because he has a really nice steer. He also was at a Winter Beef show at Michigan State University in December, and recently was at an open show in Centreville, Mich. (Bo placed second there while Luke did well at MSU).

His sister, Allison, has been showing her horse, “Lucy,” at recent shows in locales such as Holland and Buchanan, but is not going to the fair this year.

Allison also will be on the River Valley Equestrian Team this fall.

Although the public won’t have a fair to attend this summer, a third three-day “Fair Food Drive Thru” event is scheduled for Aug. 28-30 at the fairgrounds in Berrien Springs. For more, see the Community Notes section of this website.