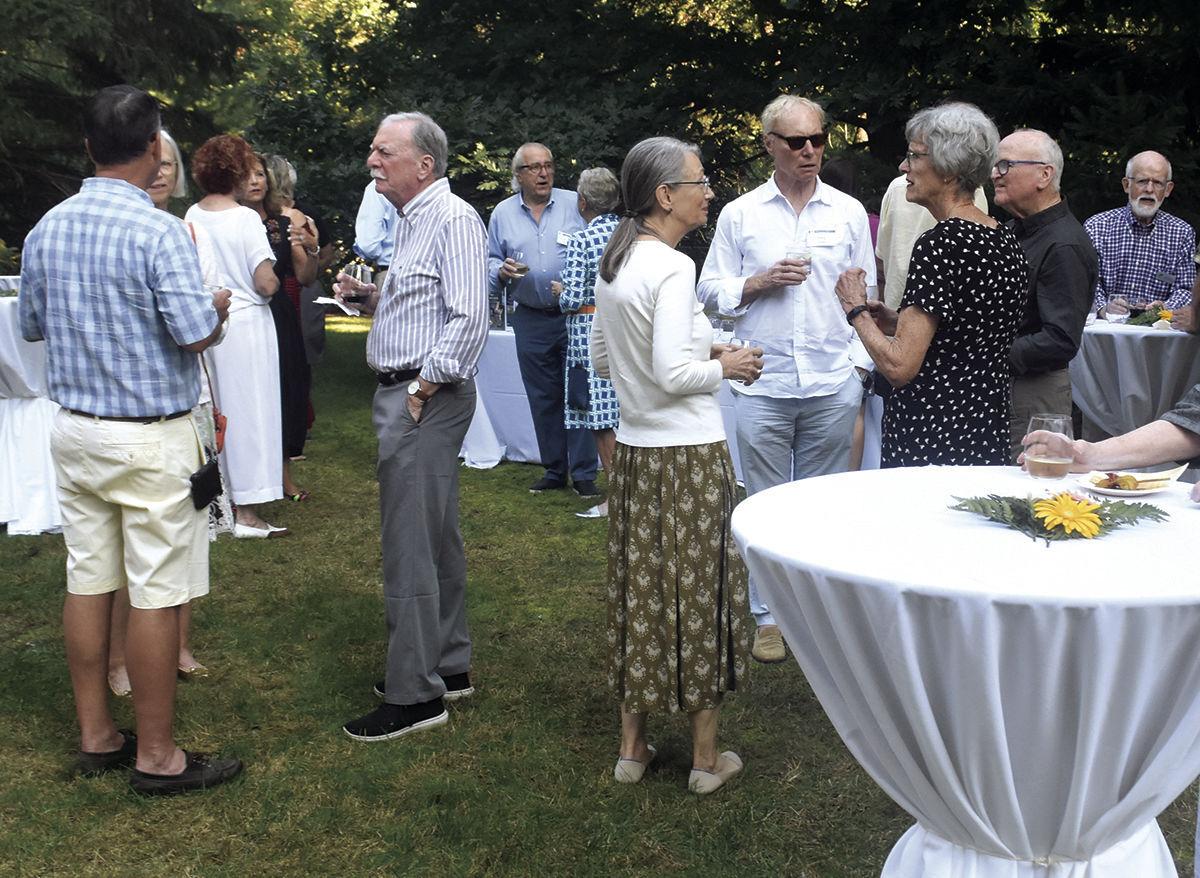 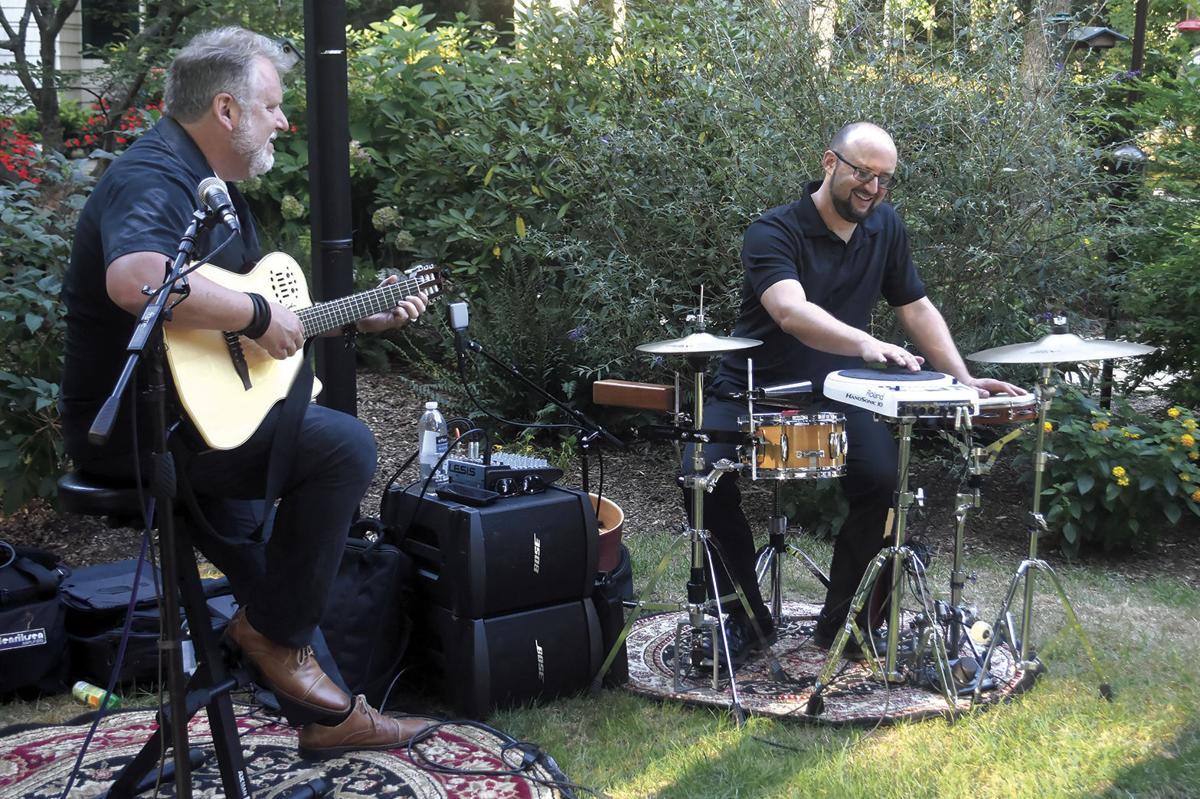 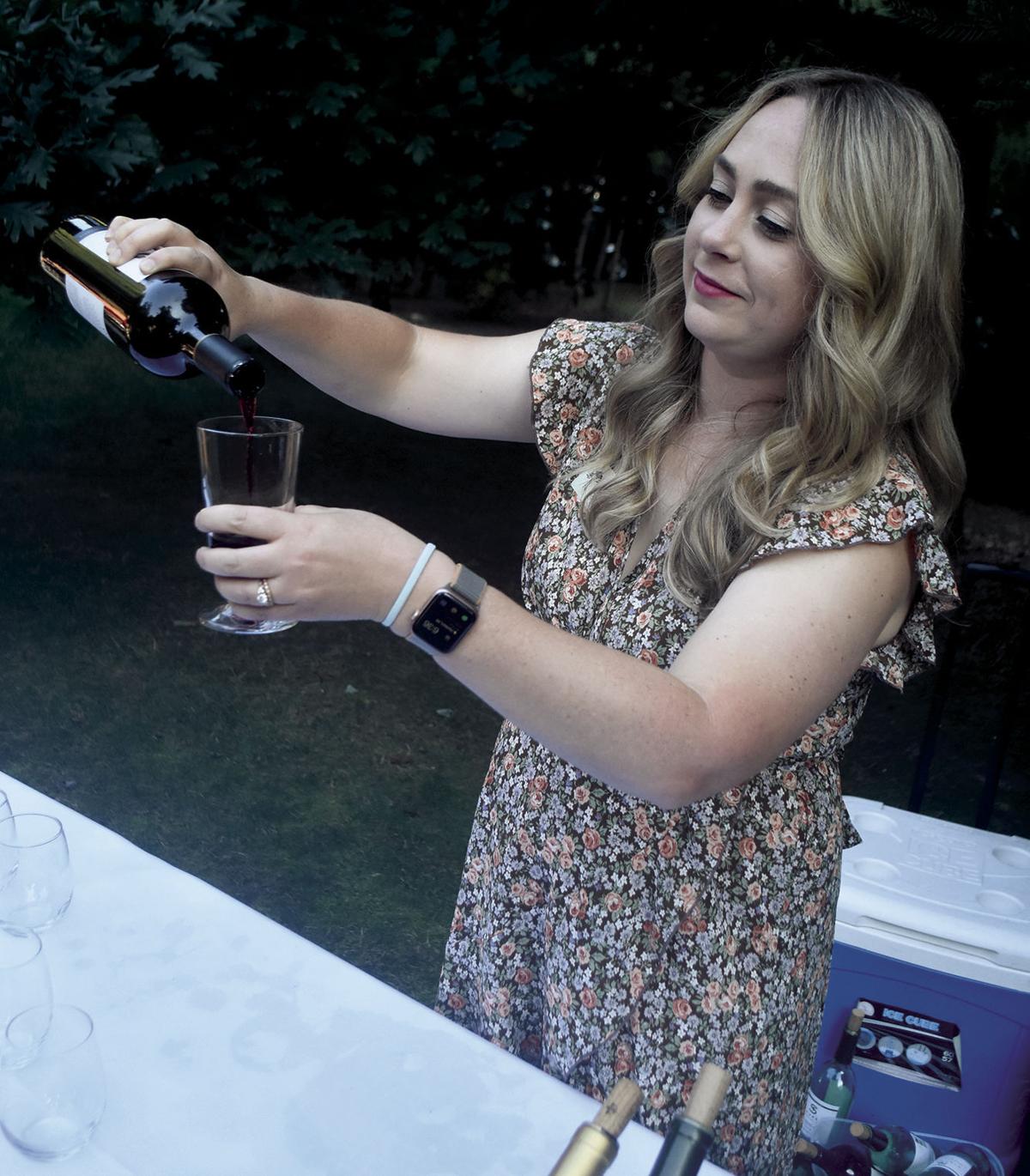 Casey Struecker pours a glass during the Frontyard Fete. 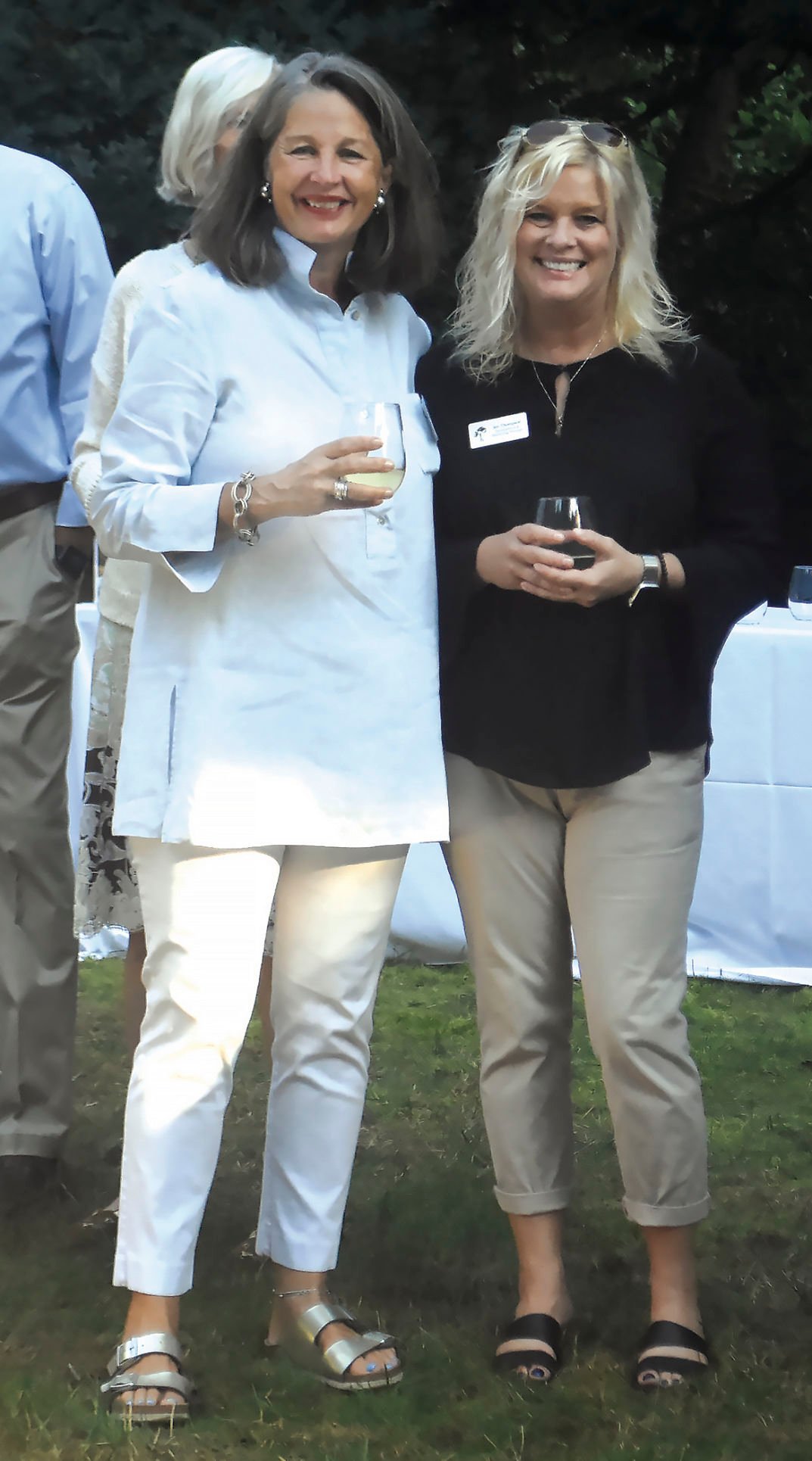 Casey Struecker pours a glass during the Frontyard Fete.

UNION PIER — There was plenty of good news to share during the Sept. 18 “Frontyard Fete” fundraiser for Chikaming Open Lands (COL).

Executive Director Ryan Postema said Sugarwood Forest (40 acres off Elm Valley Road adjacent to Warren Woods State Park) was acquired earlier this year through a fund-raising campaign that many in attendance contributed to.

“We’re starting to work on the parking lot to provide access … We’ll begin working on trails over the winter and next spring,” he said.

And the privilege of being part of “the first tour of that preserve when the trails are open next spring” for a group of eight was one of the online auction items featured during the Sept. 18 “2021 Barn Benefit Light.”

Postema also said the 14-acre Harbert Road Woods property, which included a successful grassroots fundraising effort earlier this year, will be closed on “next week” (adding that “It’s been a long time in the making”).

The Save Harbert Road Woods campaign announced that it had reached its $1,400,000 goal on March 15, 2021. The property was described as a “missing link” to connect three existing Chikaming Open Lands properties to complete a 30-acre conservation corridor.

Postema said COL also has been working to expand or provide access to new preserves in 2021.

“We also added trails to the Merritt-Younger Family Preserve off of Mydra Road,” Postema reported.

He said the Mighty Acorns elementary environmental education program (River Valley, New Buffalo and Bridgman) is slated to return this fall after taking a year off due to the pandemic.

Postema gave credit to the many volunteers who get involved with everything from stewardship days to COL committees for making everything the Sawyer-based land conservancy does possible.

“It really is because of everyone who is involved with the organization that we’re able to be so successful.”

On behalf of the COL Board, Dave Eblen welcomed the 60 people attending the “2021 Barn Benefit Light.”

“It may be a little smaller in scale, but the passion for … what you all have helped us do is still burning brightly and we really, really appreciate that,” he said.

Eblen said Chikaming Open Lands has two main missions – to acquire properties through donations, purchases and conservation easements; and the ongoing responsibility of stewardship so the properties will be available in perpetuity for future generations to enjoy.”

He said the COL Board also is thankful for Deborah Hall Kayler and Alan Kayler hosting the Frontyard Fete event at their home.

He said COVID has challenged everyone over the past 18 months, with tragic impacts for some, but the pandemic also has “showed us that Mother Nature is a wonderful resource.”

“It was the one place over the last 18 months where … you can get out and enjoy, take a hike, take a walk, to resurrect, to regenerate, and to that degree I think people have come to appreciate even more the work that is being done here to preserve and protect these natural areas.”

The Frontyard Fete included an online auction, which offered a custom-made coffee table created by Andy Brown of Hearthwoods was created by fallen trees on COL preserves.

Other auction items included: A guided paddle for 6 to explore the Galien River Marsh; a Taste of Granor Box from Granor Farm; Four one-hour private riding lessons at the Spring Creek Equestrian Center in Three Oaks; A private, 75-minute Hatha-style yoga session for up to 15 people with Greta Hurst, CYT, at Tabula Rasa Farm and Vineyard in Baroda; a tour of the certified organic Flatwater Farms in Buchanan followed by a visit to River St. Joe, Flatwater’s on-site brewery; A three-hour tour and analysis of your property with expert ecologist and landscape architect Jack Pizzo of The Pizzo Group; a guided hike for 6 and a picnic lunch at Shirley Heinze Land Trust’s Lydick Bog Nature Preserve in South Bend; A behind-the-scenes tour for 6 with curators at the Newberry Library in Chicago to view their extensive collection of rare books, maps, manuscripts and other printed material spanning six centuries; and three different wine packages from P+E Bottle Shop.