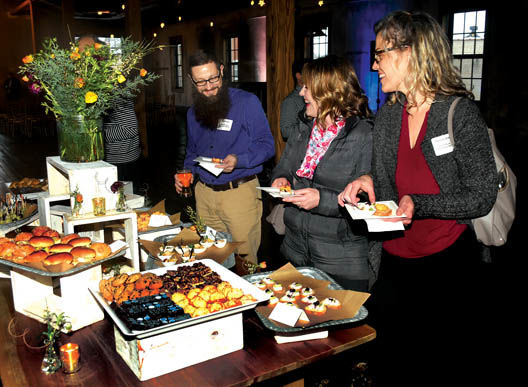 Jeff Brown, Mollie Stanage and Tammi Brown (rom left) enjoy the tempting array of Froehlich’s appetizers that were part of the Mixer at 19 North. - photos by David Johnson 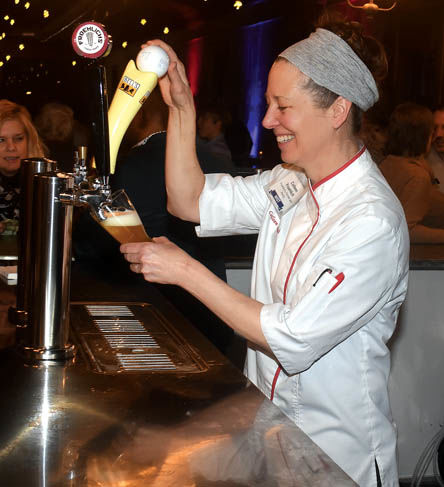 Colleen Froehlich fills a glass at the 19 North Bar during the Feb. 6 Chamber Mixer. 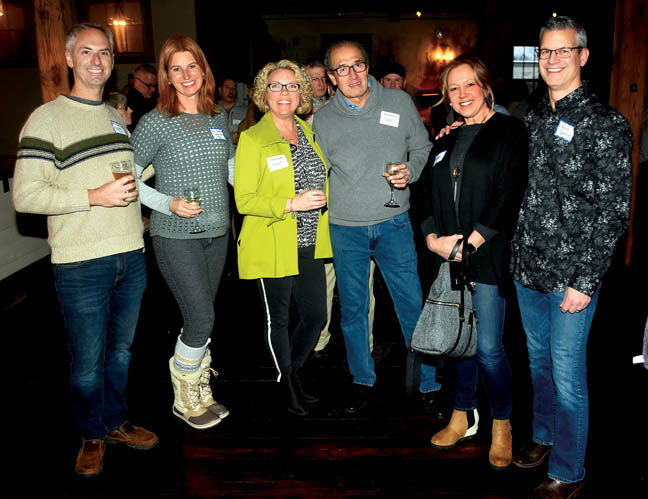 Eric and Julie Haberichter, Tonya and Henry Arana, and Cher and Kevin Goggins (from left) during the Feb. 6 Chamber Mixer at 19 North. 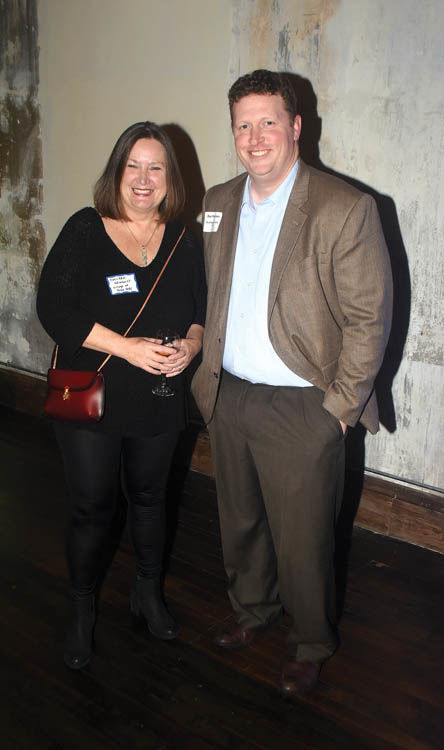 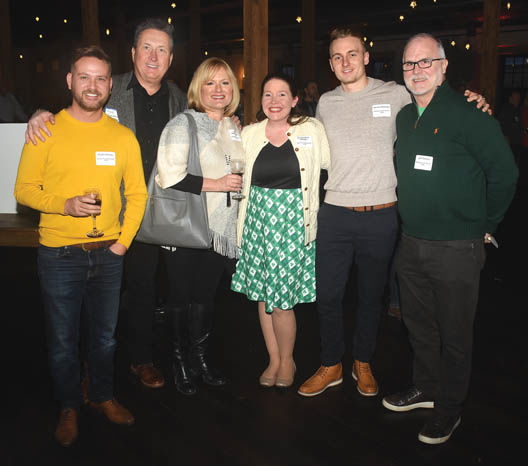 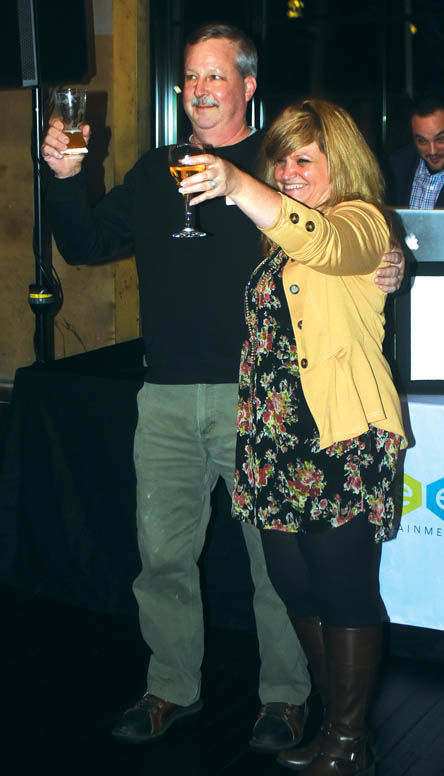 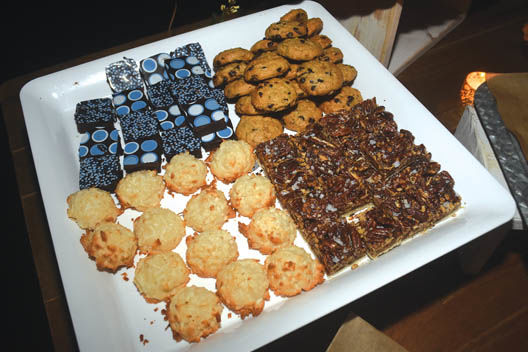 Jeff Brown, Mollie Stanage and Tammi Brown (rom left) enjoy the tempting array of Froehlich’s appetizers that were part of the Mixer at 19 North. - photos by David Johnson

Colleen Froehlich fills a glass at the 19 North Bar during the Feb. 6 Chamber Mixer.

Eric and Julie Haberichter, Tonya and Henry Arana, and Cher and Kevin Goggins (from left) during the Feb. 6 Chamber Mixer at 19 North.

Chamber Member Services Director Kimberly Wendt welcomed the large group, adding that this was the first mixer with no cap on the number of participants. She thanked Froehlich’s for providing “wonderful food and drink,” before introducing Colleen Froehlich to give some background on the Three Oaks mainstay’s recent expansion.

Froehlich said she was constantly asked “When are you gone do more?” when it came to sit-down dining, dinner off-site catering and other services. She said transforming the former Three Oaks Pharmacy building into the current Froehlich’s Kitchen & Pantry facility “was quite an expansive project as you can see, so it took a little longer than we expected … but I’ve never been one to bite off something I don’t finish.”

“We’re doing a little more of everything we were doing in a bigger, grander space,” she added.

The Froehlich’s Kitchen and Pantry restaurant, which made its debut in June of 2019 with a Chamber Ribbon-Cutting Ceremony, serves lunch and dinner while the deli offers homemade pantry items, specialty foods and a carry-out with a market-vibe on the first floor.

Downstairs in the new Kitchen & Pantry, Froehlich said they worked to duplicate the look of the original Froehlichs’ (which carries on across Elm Street as Froehlich’s Bakery).

Upstairs Froehlich said they strived to keep as much of the original structure as possible (featuring beautiful beams and ceiling, a dark wood floor and original walls.

Froehlich noted that every window had to be replaced in the building.

During the Feb. 6 Mixer Froehlich thanked Bee Entertainment and the evening’s featured winery, Hickory Creek (which she said will be featured at a Feb. 28 Winemaker Dinner at 19 North — for more go to www.shopfroehlichs.com).

Brian Kaylon of Bee Entertainment later called Wendt and her fiancé, Scott Schneckenburger, to the dance floor for a toast after announcing that they were getting married “next Friday.”

She then introduced the new Executive Director of The Pokagon Fund, Dan Petersen.

“It’s been a whirlwind,” he said. “I started on Monday and I’m learning so much about the communities that are new to me, but I can tell that they’re full of vibrancy and people and organizations who really care,” he said.

Petersen said he has received a warm reception and looks forward to “working with many of you.”

He said the inaugural event. a “big deal for the community,” is for “all surrounding areas” within 50 miles.

“At 9:30 a.m. we’re going to be turning the Galien River Green, just our sister city not too far away … called Chicago,” he said.

Dooley said the event is being advertised all over the region, and as of Feb. 6 there were 30 floats lined up for the procession.

Wendt noted that the 2020 Harbor Country Chamber Guide will be unveiled at a Spring Break Out Party open to the public and scheduled for March 26 at Journeyman Distillery in Three Oaks with live music by the Andrew Fisher Quarte.

She said last year’s attendance was over 300, and urged everyone to get tickets early.