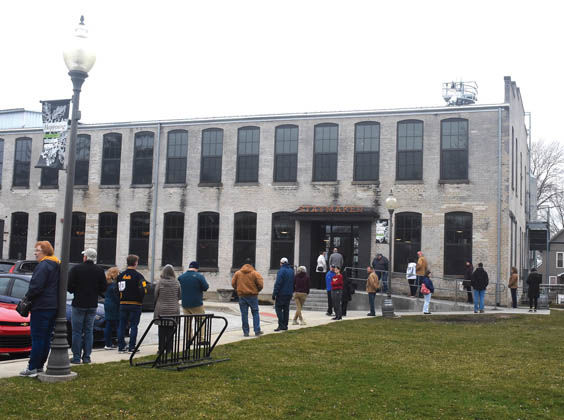 Lining up outside the Staymaker Restaurant/retail area entrance at Journeyman Distillery on Saturday, March 21. 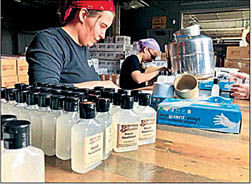 Workers at Journeyman Distillery prepare some of the containers of hand sanitizer that the Three Oaks distillery is making from scratch. 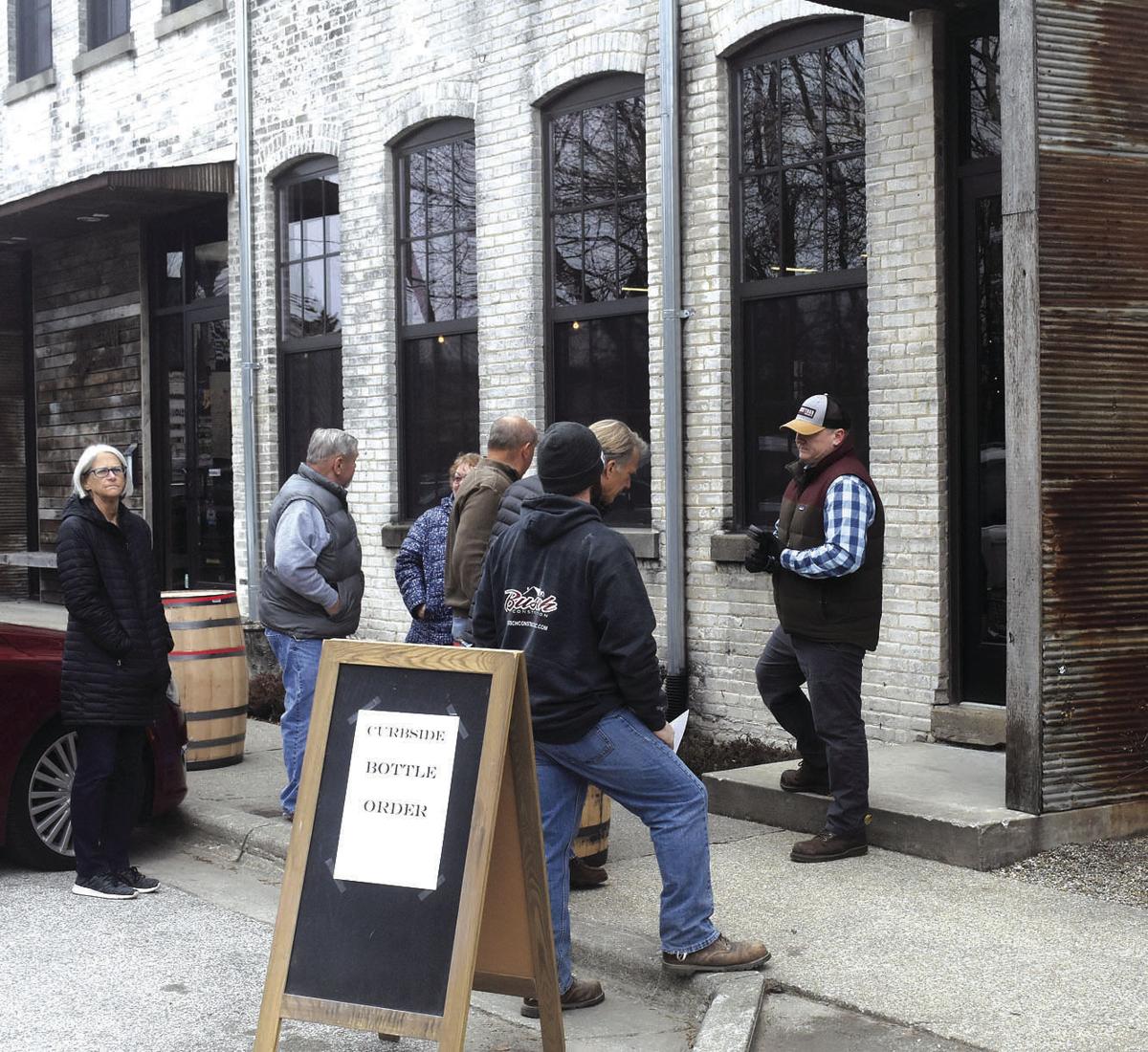 Lining up outside the Staymaker Restaurant/retail area entrance at Journeyman Distillery on Saturday, March 21.

Workers at Journeyman Distillery prepare some of the containers of hand sanitizer that the Three Oaks distillery is making from scratch.

Ever since the coronavirus outbreak began to make its way to Michigan, the Three Oaks distillery discussed making and distributing hand sanitizer that could be made on its premises.

That possibility became a reality last week when Michigan Gov. Gretchen Whitmer announced the state’s alcohol distilleries would be allowed to manu­facture hand sanitizer during the COVID-19 crisis.

“The Alcohol and Tobac­co Tax and Trade Bureau relaxed their regulations in order to allow beverage dis­tillers to make denatured al­cohol,” according to a news release from the Michigan Emergency Operations Cen­ter. “This production is not normally permitted unless a distillery has an industri­al manufacturing permit, which no Michigan distiller currently has. Under the re­laxed rules, Michigan dis­tillers can make denatured alcohol without the normally required permit.”

The relaxed rules will re­main in place through June 30.

Lindsay Tschida, event sales manager at Journey­man, said they are doing bottle sales from its retail section on Saturdays from noon to 5 p.m. (which are permitted by the state). She said they are handing the hand sanitizers out for free, though people of course can donate for the cause. She added that 40 percent of sales collected from people who buy Journeyman products, will go toward hourly employees who are currently without jobs.

Those wishing to enter the retail area formed a lengthy line around midday on Saturday, March 21. Some people bought various Journeyman products, others were there for the hand sanitizer, and many made donations.

Take-out orders also were being taken and filled at a different door.

A total of 400 bottles of hand sanitizer were distributed to the public during the fund-raising bottle sale and $13,000 was raised for the Hourly Employee Fund.

Because in-house service has been temporarily shutdown by the state for all restaurants and bars, Journeyman is promoting its hand sanitizer through social media.

“We created a little label and chose to get it out as fast as we could,” Tschida said.

Ray Barskus, an accountant at Journeyman, said it isn’t too far-fetched of an idea for distilleries creating hand sanitizer.

He said Journeyman’s uses a wheat-based neutral grain spirit that operates as the sanitizer’s base.

“The final product is 70 percent ethanol from the neutral wheat base,” he said. “From that, we use the World Health Organization’s recipe, which stipulates 70 percent glycerin as a thickener so the material stays on the hands a little longer.”

Welter said the distillery had launched a website and online store by the end of the day on March 21 to deal with a growing number of requests for bulk quantities of hand sanitizer.

Tschida said the distillery will continue to make the sanitizer based on what the state mandates.

“Something we’re pretty proud of is how our products are hand-made, organic and grain-to-glass,” she said. “I don’t think anything is out of reach. We’ve talked about our own cleaning products in the past.”