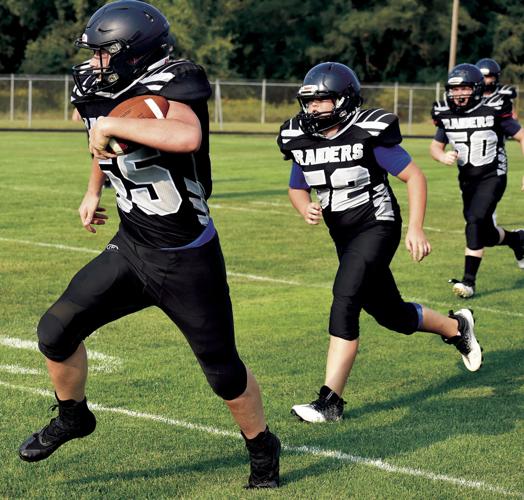 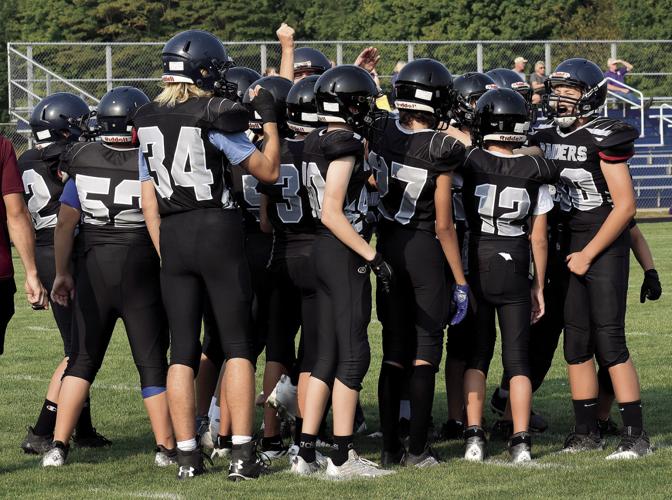 Members of the Red Arrow Raiders middle school football team huddle up at the start of their Sept. 14 opener against Lawrence. 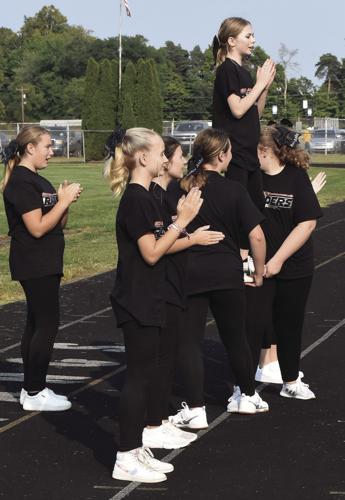 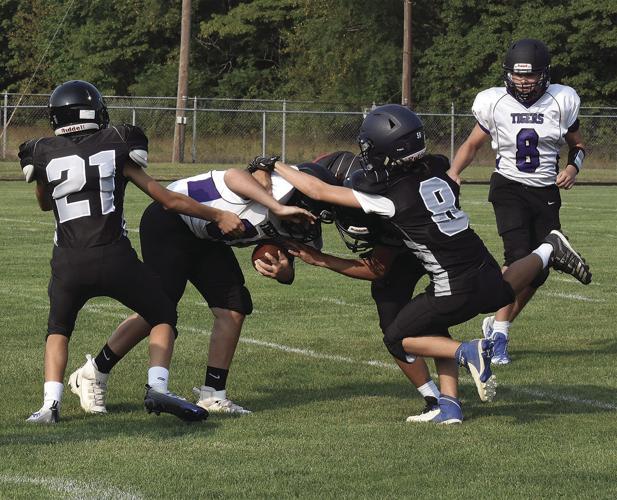 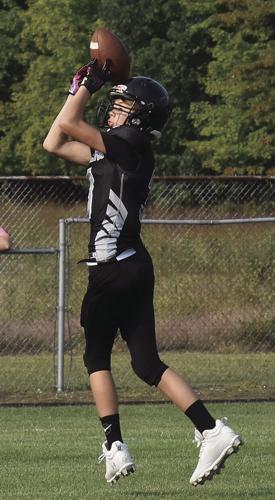 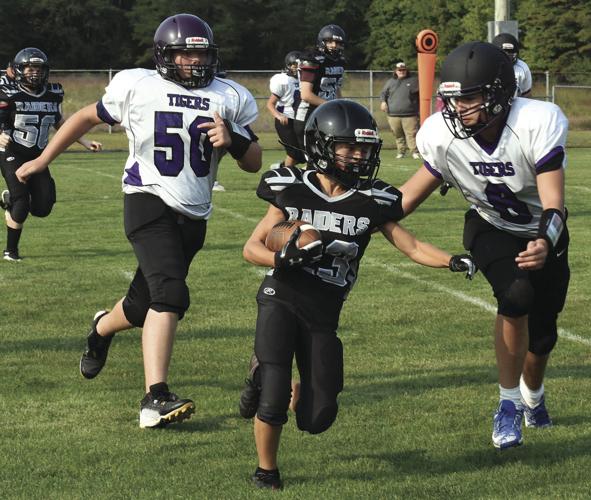 Members of the Red Arrow Raiders middle school football team huddle up at the start of their Sept. 14 opener against Lawrence.

“Three kids on the starting offense and defense had never even played football before,” said head coach Adam Lijewski. “It was just fantastic.”

He said the New Buffalo-River Valley cooperative squad finished the game with no turnovers and minimal penalties.

The first touchdown of the season came early in the second quarter on an interception return of about 30 yards by August Johnson.

The lead grew to 20-0 before half-time as Bowen and Colten Lijewski teamed up on a long TD pass play.

“This is by far the biggest team I’ve ever coached,” said Lijewski, adding that there are more than 20 players on the roster.

Adam Lijewski said he was always missing a few athletes that would have made for a complete team, something the merger has solved.

“Now we can have a full practice, we can literally scrimmage live offense, live defense, have subs, work the subs in and out. This is important, this is a big deal.”

“It’s going to be real fun this year,” he said.

While the team is pretty evenly divided between student-athletes from River Valley and New Buffalo, most are eighth-graders so the main challenge for next season looks to be recruitment.