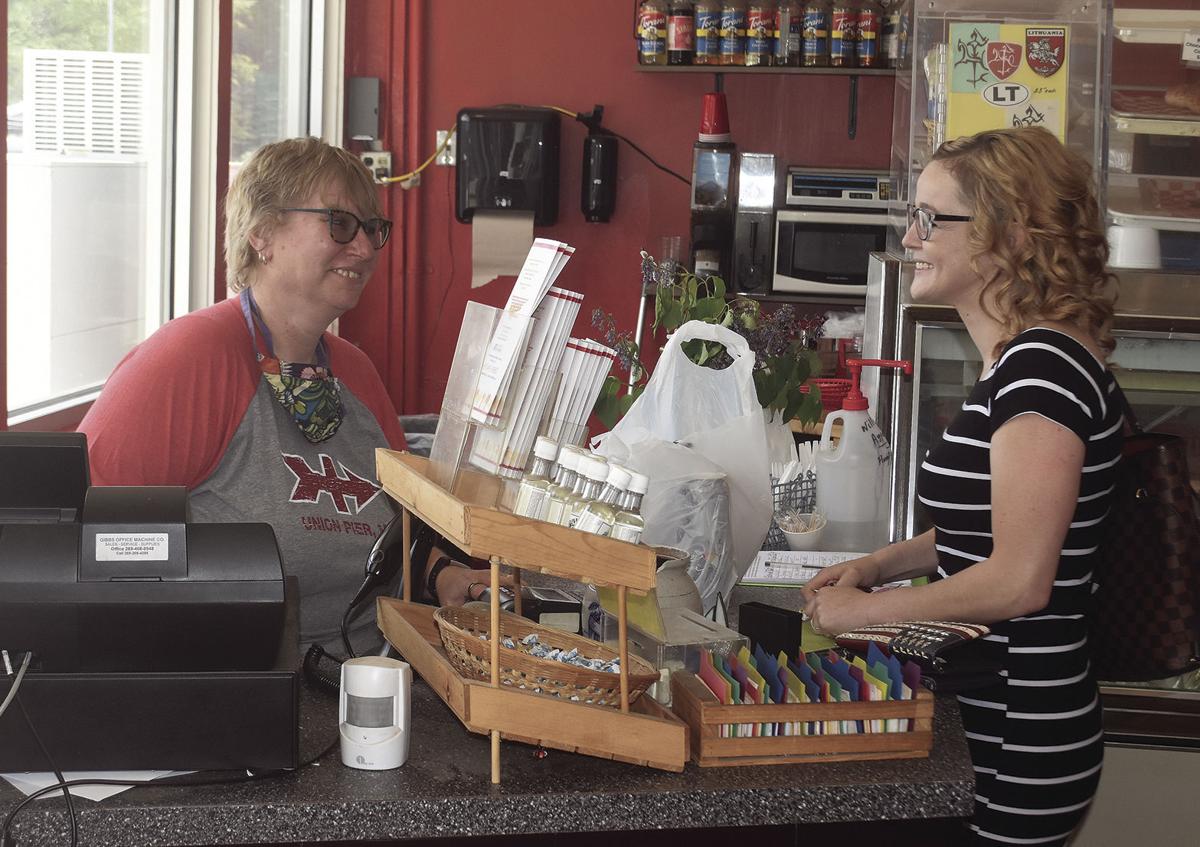 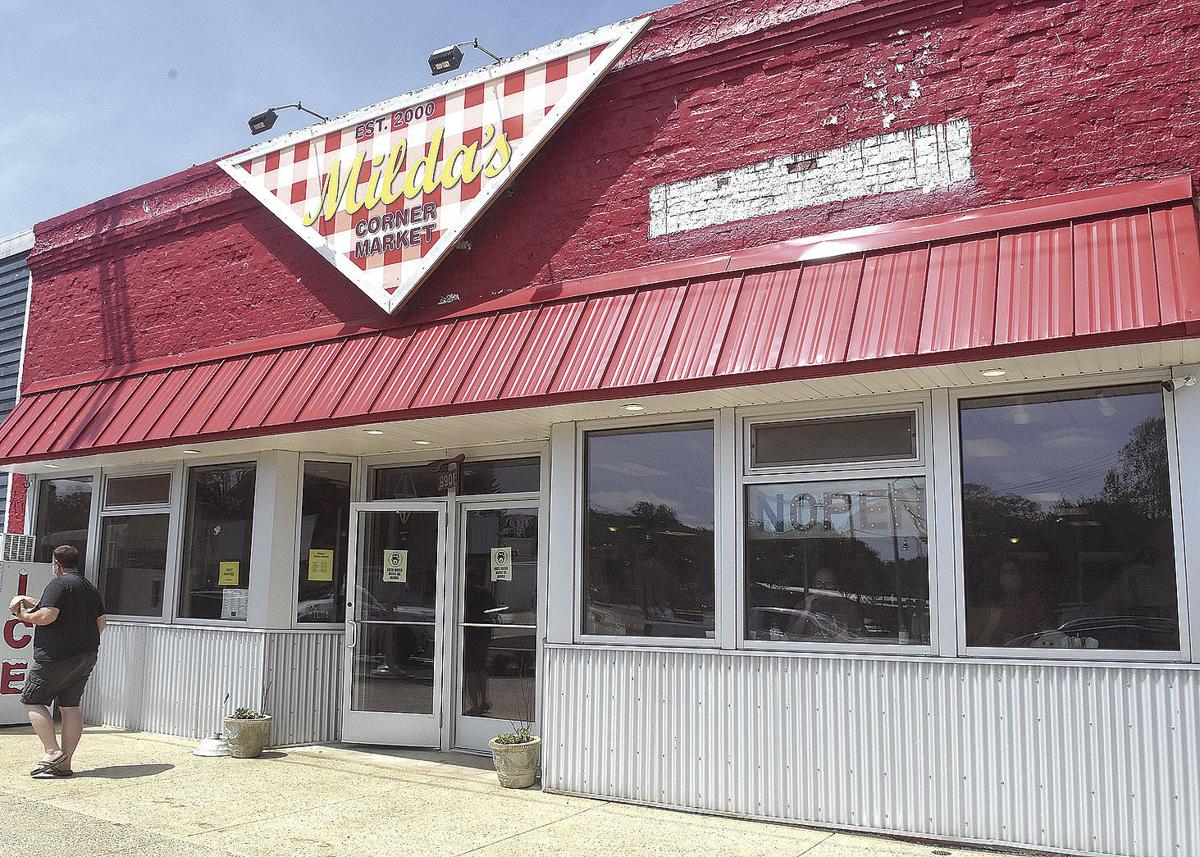 An exterior view of Milda’s Corner Market in Union Pier. A renovation project is nearly complete, with some painting still to be done. 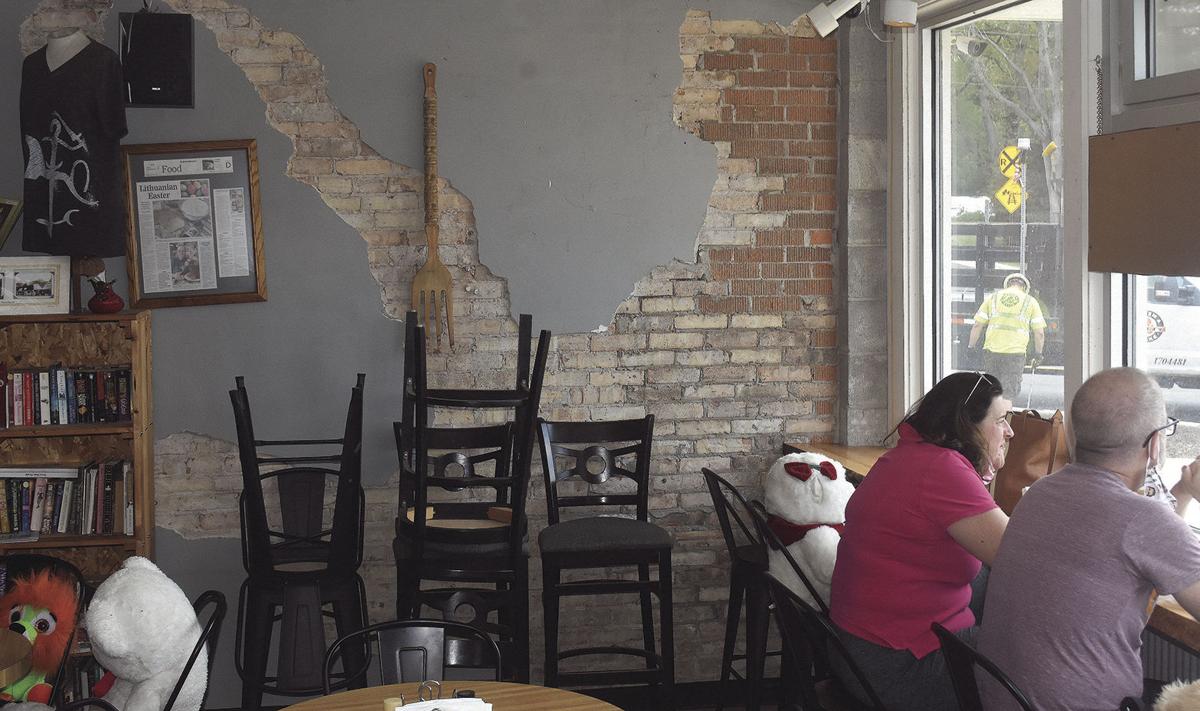 The new-look interior of Milda’s Corner Market includes a partially unfinished wall – a reminder of a 2019 collision with an errant car.

An exterior view of Milda’s Corner Market in Union Pier. A renovation project is nearly complete, with some painting still to be done.

The new-look interior of Milda’s Corner Market includes a partially unfinished wall – a reminder of a 2019 collision with an errant car.

UNION PIER — It’s been 20 years since Milda’s Corner Market opened at the intersection of Town Line Avenue and Red Arrow Highway in Union Pier, and visitors keep coming back for products from all over the world, local favorites like cold beet soup, and some very special potato chips.

Owner and Executive Chef Milda Rudaitis said the market, founded in May of 2001, started slow but kept “expanding and expanding” until it became a year-round endeavor.

“The community support is fantastic. For the 20-year anniversary we re-did the whole store,” she said.

The new look of Milda’s Corner Market coincides with a new look in downtown Union Pier.

The inside corner wall facing Red Arrow Highway was left partially unfinished to commemorate a July 2019 car crash that shook the building’s foundation and sparked some of the renovation work. Although there were customers in the store at the time, none were injured. Police reported that the two drivers involved in the accident were treated for minor injuries.

“There’ve been a lot of near-misses but we only got hit once,” Milda said.

She said food made in the market and deli has always been homemade from scratch.

“I started with three or four shelves in the store, and when I could afford it I added another shelf and another shelf, more items, added more sandwiches to the menu – slowly expanded as I could.”

While Milda’s Corner Market offers a myriad of items including its famous Lithuanian “Kugelis,” Magic Bars, Paramount coffee beans ground to order (and of course hot coffee), along with much more.

Rudaitis said this is the the of year many customers are clamoring for Lay’s Creamy Forest Mushroom Potato Chips.

“I get them once a year, and when they’re gone they’re gone,” she said. “People drive for hours to come get them.”

Milda’s features products from over 50 countries.

“I try to carry things you won’t find anywhere else but can use every day,” Rudaitis said.

These include Vietnamese and Korean curry sauces, many delicacies from Italy, spices out of Eastern Europe, Lithuanian ice cream, and a “huge line of hot sauces.”