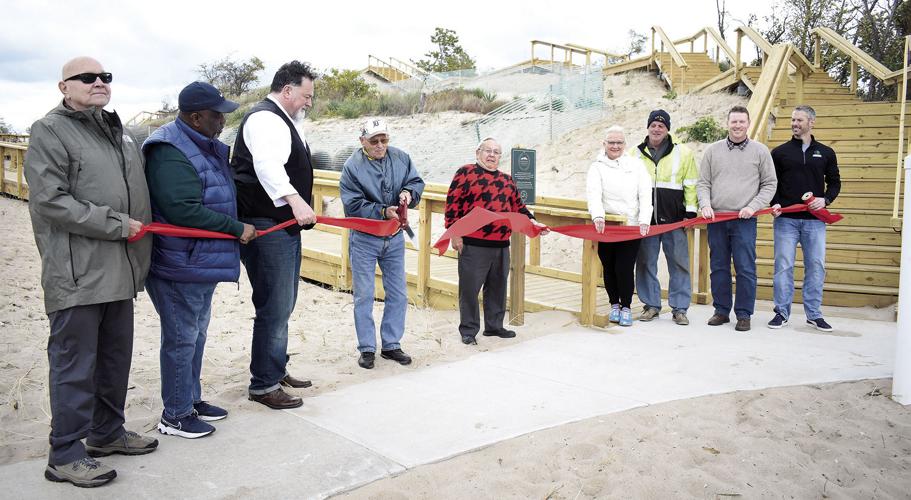 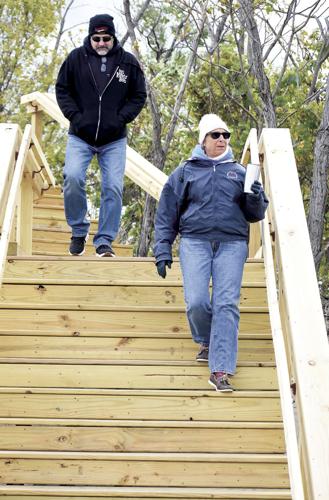 Jeff and April Schroeder return from a trek Saturday on the new dune walk in New Buffalo. 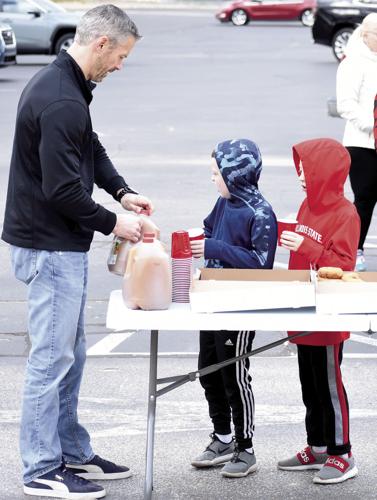 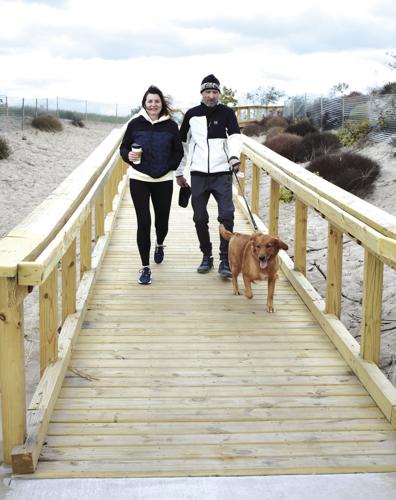 The new dune walk proved popular with people and dogs on Saturday in New Buffalo.

Jeff and April Schroeder return from a trek Saturday on the new dune walk in New Buffalo.

The new dune walk proved popular with people and dogs on Saturday in New Buffalo.

Before longtime community leader Jack Kennedy snipped the ceremonial ribbon, members of the community both human and canine had embarked on journeys along the new boardwalk/stairway that offers bird’s-eye views of the shoreline and includes an ADA-accessible ramp on the left side of the entry/exit area.

Kennedy, introduced as “the Governor of New Buffalo,” said he performed a lot of weddings at the site when he served as mayor. During an earlier tour of the new Dune Walk with his wife, Kennedy said he was impressed with the easier access provided by the new more accessible portion of the structure.

“I’m so glad, so pleased, so happy that this type of arrangement is going to be used a lot, as well as the beautiful site up there that the world can see. This is another goal-setting on Lake Michigan that I hope we all enjoy,” he said.

“Five years in the making, its development process has gone through two city managers, two city councils, faced construction and funding hurdles while also surviving the pandemic,” he said. “Its initial costs have doubled over its creation, and along the way we’ve met many challenges but we’ve persevered. And we’re able to stand here today at this new Dune Walk in a completed Phase I of the multi-phase Beach and Marina Waterfront Redevelopment Plan.”

Judith Zabicki, Chair of The Pokagon Fund Board (and a member of the New Buffalo Township Board) said the Dune Walk has been serving the community of New Buffalo for as long as she has known the area (more than 40 years).

“It’s where everybody comes to, it’s where proposals are made, it’s where pictures are taken – it’s a part of us,” she said, adding that when the city came to The Pokagon Fund asking for support of the Dune Walk project, “It was one of the greatest pleasures that we can do.”

City Manager Darwin Watson thanked The Pokagon Fund “for all the support they give the community, not just New Buffalo but Harbor Country as a whole.”

Watson had earlier given credit to Tom Runkle for leading the design work on the project.

Humphrey said the project would not have been possible without support and assistance from The Pokagon Fund and the Michigan Department of Natural Resources.

“Projects like this illustrate the very best of what public government can accomplish when like-minded people with vision and tenacity work together in the public’s interest,”he said.

The original Dune Walk had fallen in disrepair and become unsafe. In 2018, the City of New Buffalo began the process of planning for the funding, design and construction of a new and improved version.

The original estimated cost of the Dune Walk Restoration Project was $440,000, but due to factors such as the original underlying structure needing to be completely replaced and a steep increase in the price of lumber, the construction budget increased to $858,278.

The project was managed by Abonmarche Consultants and made possible through funding commitments from the City of New Buffalo, the Michigan Department of Natural Resources and The Pokagon Fund.