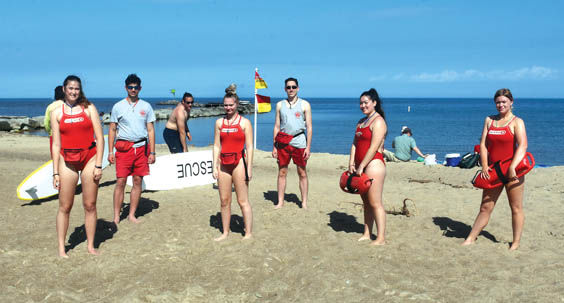 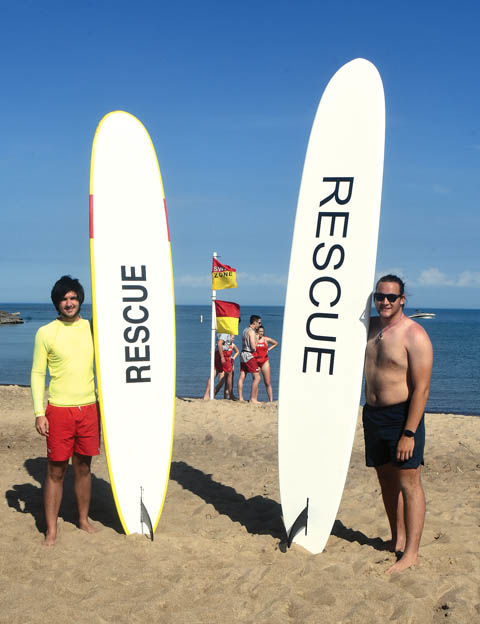 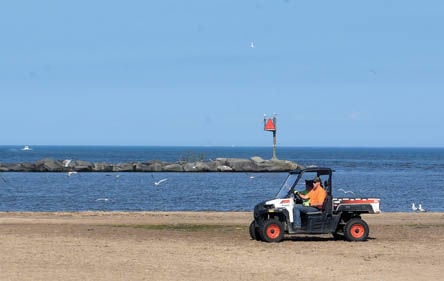 CIty staff members on a clean-up patrol at the beach.

CIty staff members on a clean-up patrol at the beach.

NEW BUFFALO — The lifeguard crew at New Buffalo’s public beach has come a long way in the past three years.

There are nine guards to watch over swimmers and beach-goers during the summer of 2020.

For most of 2018, there was one. Last summer’s group totaled four as of Labor Day weekend.

This year’s lifeguards started the summer on Friday (May 22) of Memorial Day weekend.

Carlson said he worked as a lifeguard at Indiana State Park for two seasons and guarded at a pool before that.

A Chesterton HIgh School graduate, Carlson recently finished an EMT program at Ivy Tech and is now studying to be a paramedic.

Lifeguards are scheduled to be on duty at New Buffalo’s public beach (weather permitting) from 10 a.m. to 6 p.m. weekdays and 10 a.m. to 7 p.m. weekends.

D’Amico said as of Sunday morning people had been giving others room, following social-distancing rules and being pleasant in general.

“Everybody’s just been enjoying the fact that they can get out on the beach,” she said.

People who were at the beach all weekend said Sunday afternoon was the busiest time, with the parking lot filling up for a while.

“We have some really nice patrons here … the staff is amazing, everybody here is great to work with,” Carlson said. “Had some good weather, had some bad weather — tornado watch (Saturday evening) and a little rain. We’ve had a little bit of everything so far, so it’s been very interesting.”

He said Lake Michigan has been pleasant and chilly at the beginning of the season (water temperature had risen from 48 degrees to 55 on Sunday morning).

“It gets warmer and warner as the days go on.”

D’Amico said the beach itself is “shorter than it has been in previous years, but we still have a beach.”

“It’s clean, we’ve been able to rake it and get all the debris off.”

The New Buffalo Beach Club concession also was open during the holiday weekend.

“He’s doing take-out and he has chair rentals,” D’Amico said.

And the city’s boat launch facility, located across Marquette Drive from the beach, has been open since late April when a state-wide ban on power boats was lifted.