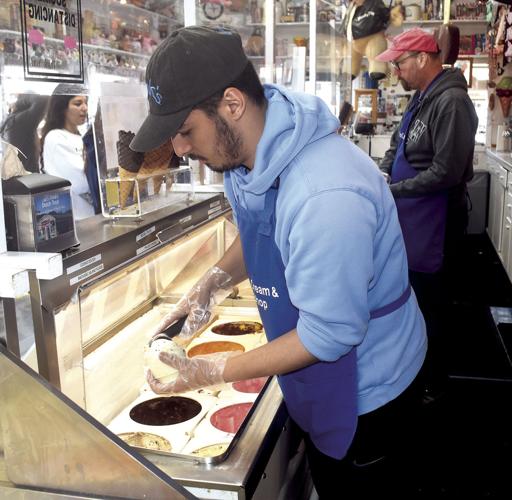 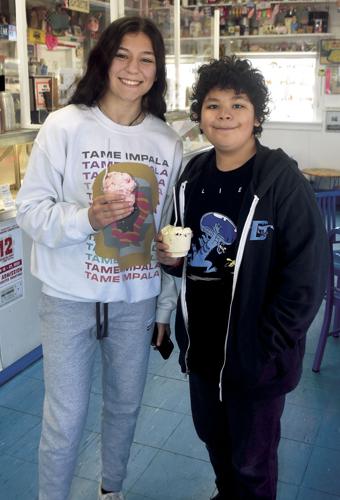 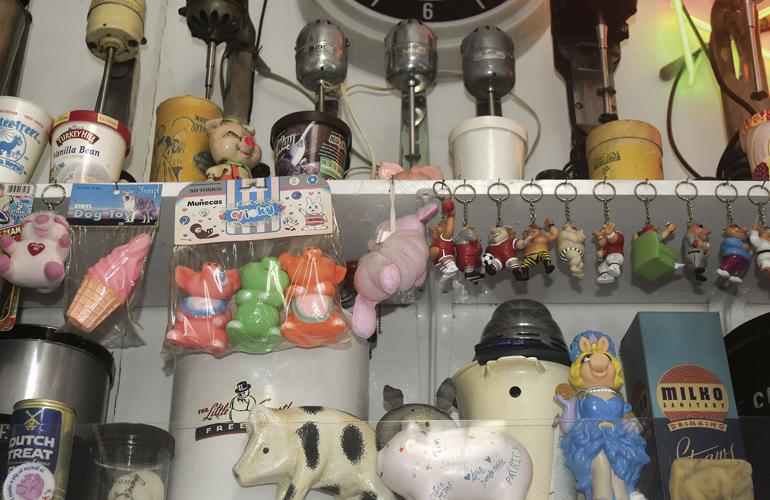 There’s a lot to explore inside the Oink’s Dutch Treat ice cream shop. 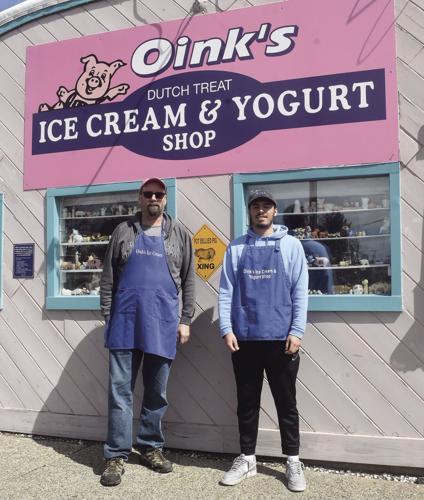 There’s a lot to explore inside the Oink’s Dutch Treat ice cream shop.

“We opened on Valentine’s Day weekend,” said Mike Shimanski, who is going into his third season as owner.

Oink’s was open on weekends until March rolled around and is now offering ice cream and other sweet treats seven days a week.

“We stay open on weekdays through Thanksgiving and weekends until Christmas,” Shimanski said.

In addition to 50 flavors of ice cream made by Ashby’s (flavors range from Michigan Pot Hole and Apple Crisp to Ultimate Peanut Butter Brownie, Lemon Cheesecake Bar and Jakced Up Tenessee Toffee), there are non-dairy, frozen yogurt and sorbet offerings.

Oink’s also offers online ordering and electronic gift cards on its website (www.oinksdutchtreat.com) and accepts credit cards in the shop (which is filled with all manner of vintage ice cream and hog-oriented memorabilia). There’s also a walk-up window, and Shimanski said scoop-able ice cream was recently added to that area of the building.