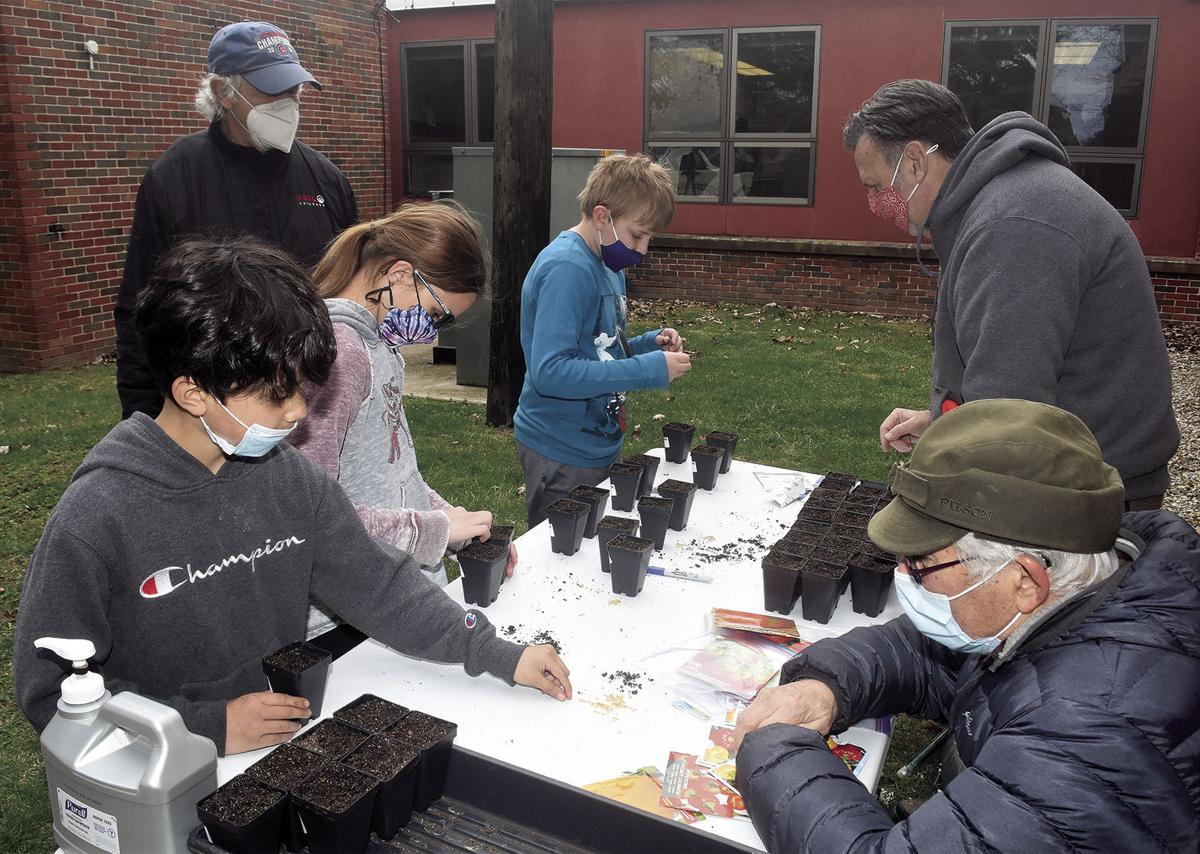 ABOVE: Volunteers Ed White (left), Tom Rosenbluth (upper right) and Steve LaGuttata help Three Oaks Elementary pupils plant tomato (or pepper) seeds on March 26. The plants will be started inside the school before they are sent home to be put in the ground. 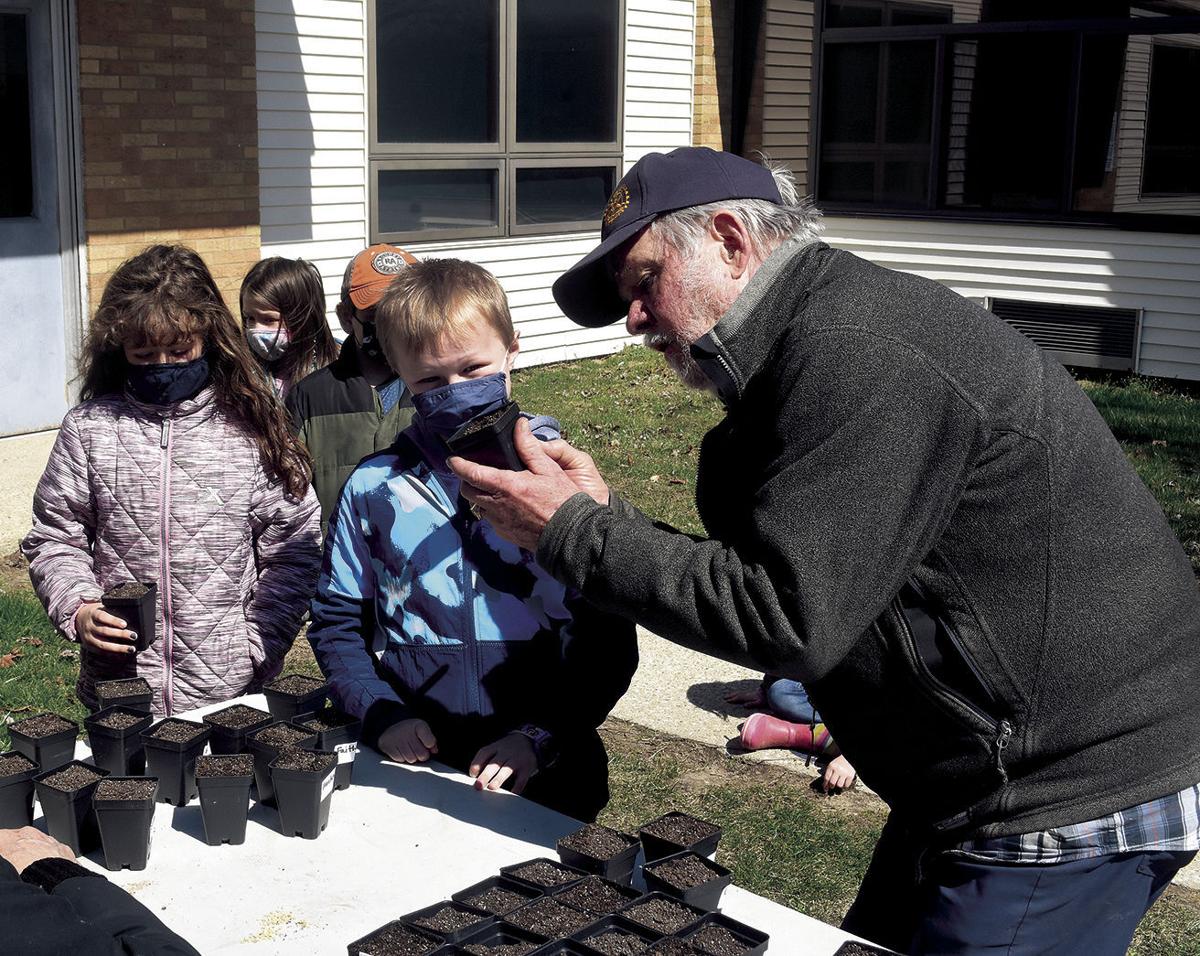 ABOVE: Volunteers Ed White (left), Tom Rosenbluth (upper right) and Steve LaGuttata help Three Oaks Elementary pupils plant tomato (or pepper) seeds on March 26. The plants will be started inside the school before they are sent home to be put in the ground.

Students at the district’s Three Oaks and Chikaming campuses got to choose which of the plants to start this spring by placing two seeds in a small pot. These will be started under grow lights inside the schools where the pupils can water them and watch the seedlings grow.

“They get to grow a plant in the school and take it home,” he said. “The younger kids seem to like the tomatoes but the older kids … they want peppers. And they prefer it if it’s triple-zero hot.”

While the tomatoes and peppers planted in late March will be taken home by students once they’ve grown large enough to be planted outdoors (teacher Amy Baumgartner said that’s usually just before Mother’s Day), both elementary campuses also have outdoor gardens (along with a greenhouse at the Three Oaks Community Garden which is located near that school) where a wide variety of food crops and flowers will soon take root.

Baumgartner said students help clean out garden beds and plant this year’s seeds (and small seedlings) before the end of the school year.

Among the bounty that typically takes root just outside the classrooms are cucumbers, Brussels sprouts, beets, flowers, and of course tomatoes and peppers.

“In the fall they’ll start harvesting. We’ll usually have a harvest party (which did not happen in 2020). The kids will bring in things that they grew at home … we have awards for the largest tomato, the largest pepper,” she said.

Baumgartner said one of the program’s goals to is expose students to fresh fruits and vegetables that they grew to make it more likely they will try them and like them.