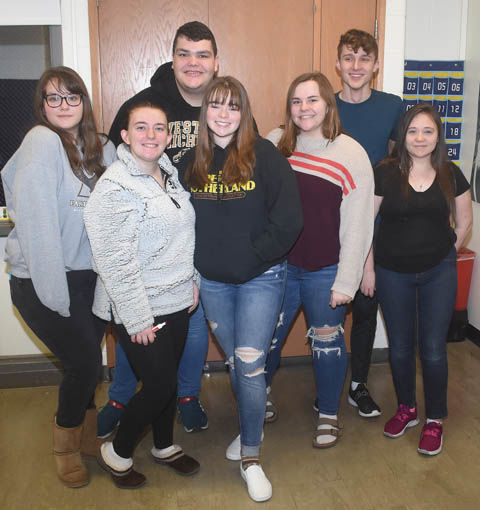 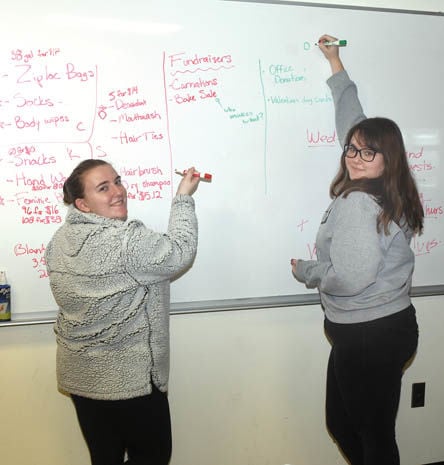 THREE OAKS — The River Valley High School Interact Club is well into its second year of making a difference.

On Jan. 29, seven members met to plan the assembly and delivery of care packages for an area shelter, identifying items that women and children would need and devising a shopping strategy.

RVHS English teacher Karen Church said she started the Interact Club last school year as a service organization that does several activities during the year to serve the greater community.

DesLauries said she enjoys being a part of the community and helping people out.

Harrington said he enjoys coming up with ideas and then executing them.

Church said students with “big hearts” who would like to be a part of the club are always welcome.

Church said 1,700 cans were donated by students this school year.

“They said that would be enough to get them through winter for local families,” she said.

“We gave those to the Humane Society of Southwestern Michigan Yeager Family Pet Shelter and got to see all the dogs and cats there,” Church said.

All money raised by the club is given back to the community.

The club also plans to donate to the David Hicks college fund, make Valentine’s Day cards for seniors at a local nursing home, and do some sort of a spring activity for children.

“We’re all about activities hat can help those around us who are suffering in some way or who are in need,” Church said.

In addition to the can drive, the Interact Club’s first year included singing to seniors at a nursing home and planting a flowering shrub in the school’s courtyard.

Church, who has sponsored Interact and Key clubs before at other schools, got in contact with members of the Rotary Club of Harbor Country such as Leslie Wood and Darlene Heemstra while she was investigating what sort of club might fit at River Valley (both are active in the local Blessings in a Backpack effort).