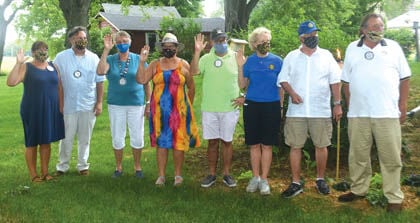 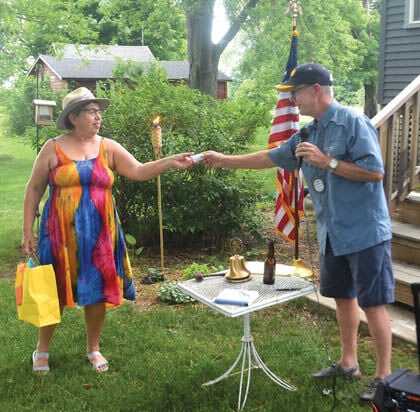 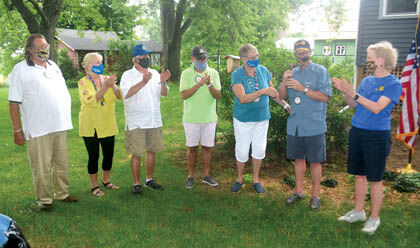 THREE OAKS — The Rotary Club of Harbor Country installed new officers and named its Rotarian of the Year during a June 29 gathering at the rural Three Oaks home of member Tom Rosenbluth.

Leslie Wood was named Rotarian of the Year in honor of her Youth Services work and for leading a team that made 600 face masks donated to the New Buffalo and River Valley districts for use by grade school students.

Wood, who praised the “best Rotary Club in the world that comes together joyfully to help our community,” said she got the idea of making masks for the students in early March, and with help from people in her knitting club and local Rotarians they were able to do it before handing out a series of “Great Job Awards” to many of those who pitched in.

Gormley said she would like to see the club work on a strategic plan for a group that has a lot of strengths and a lot of characters to meet the challenges presented during a unique time.

She thanked Stevenson for taking the club “to new levels” by obtaining many grants for various projects and for making the installation of outdoor exercise equipment in New Buffalo Township’s Memorial Park possible.