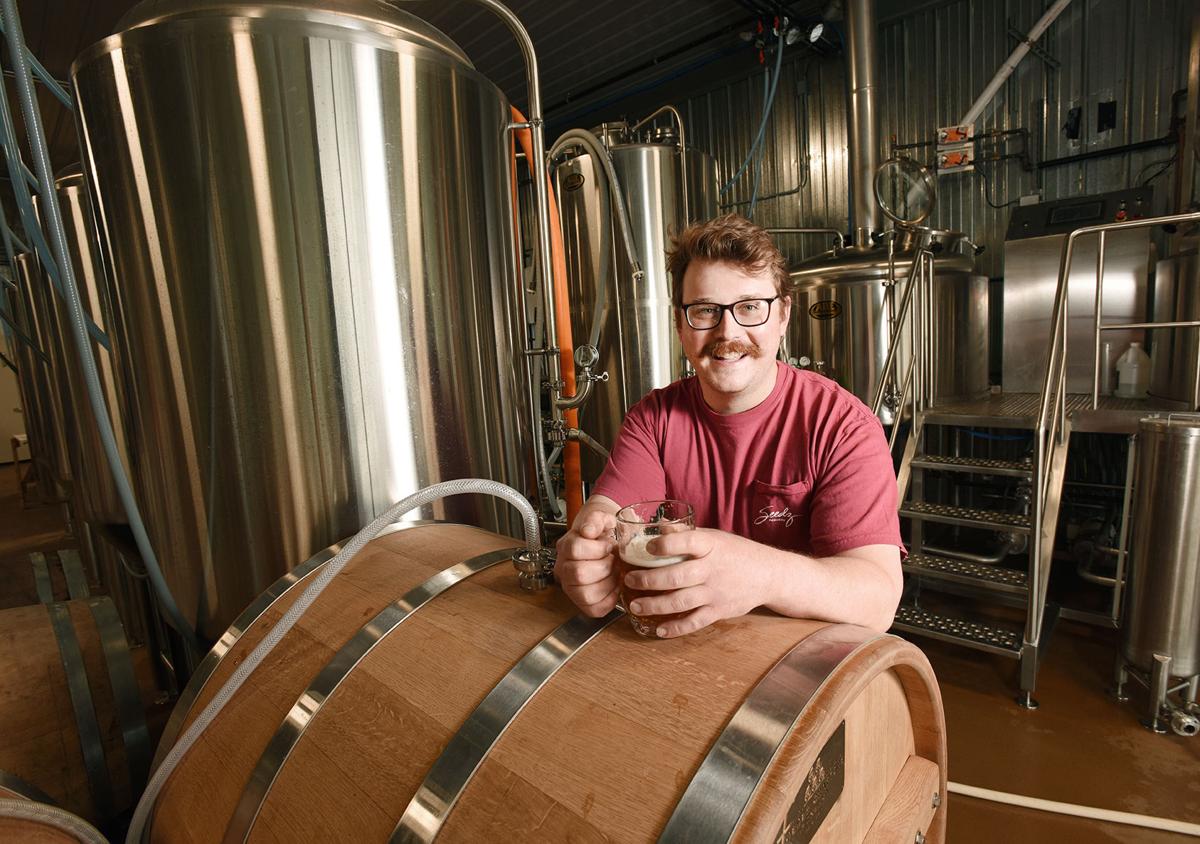 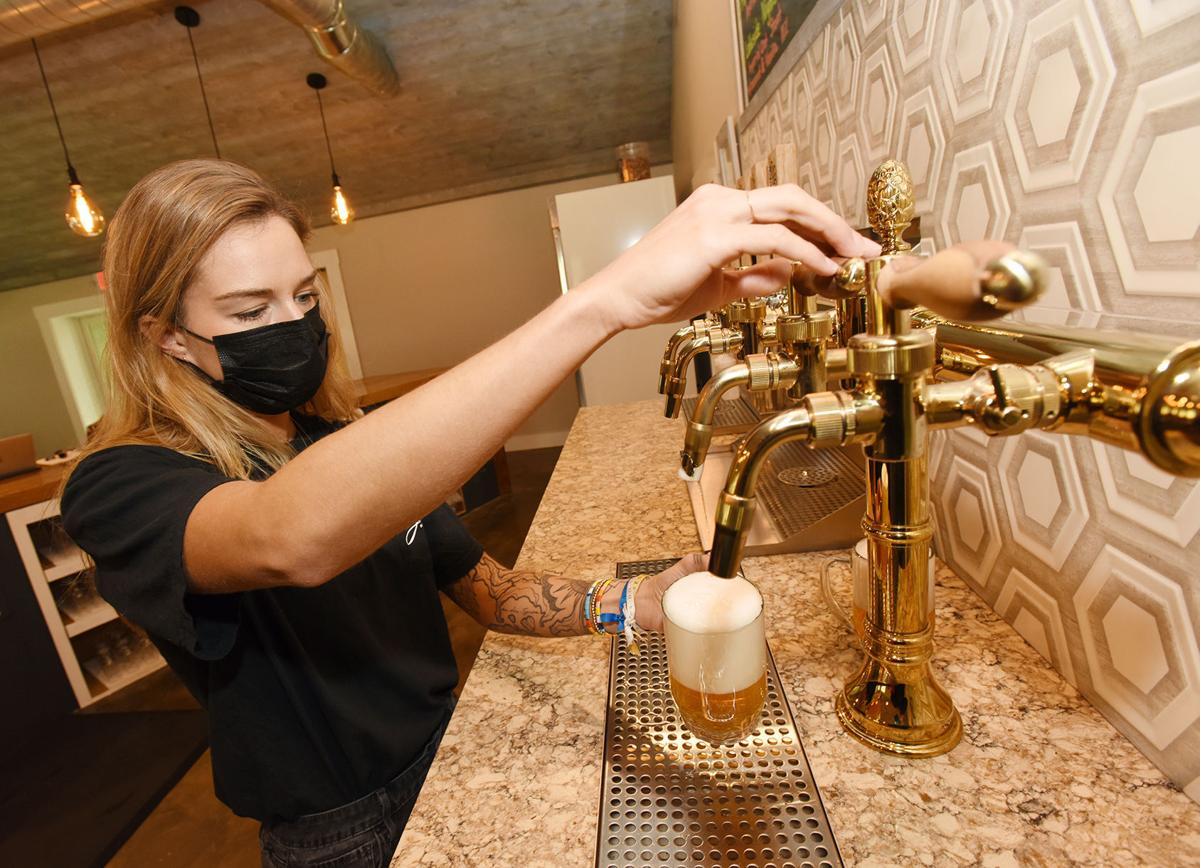 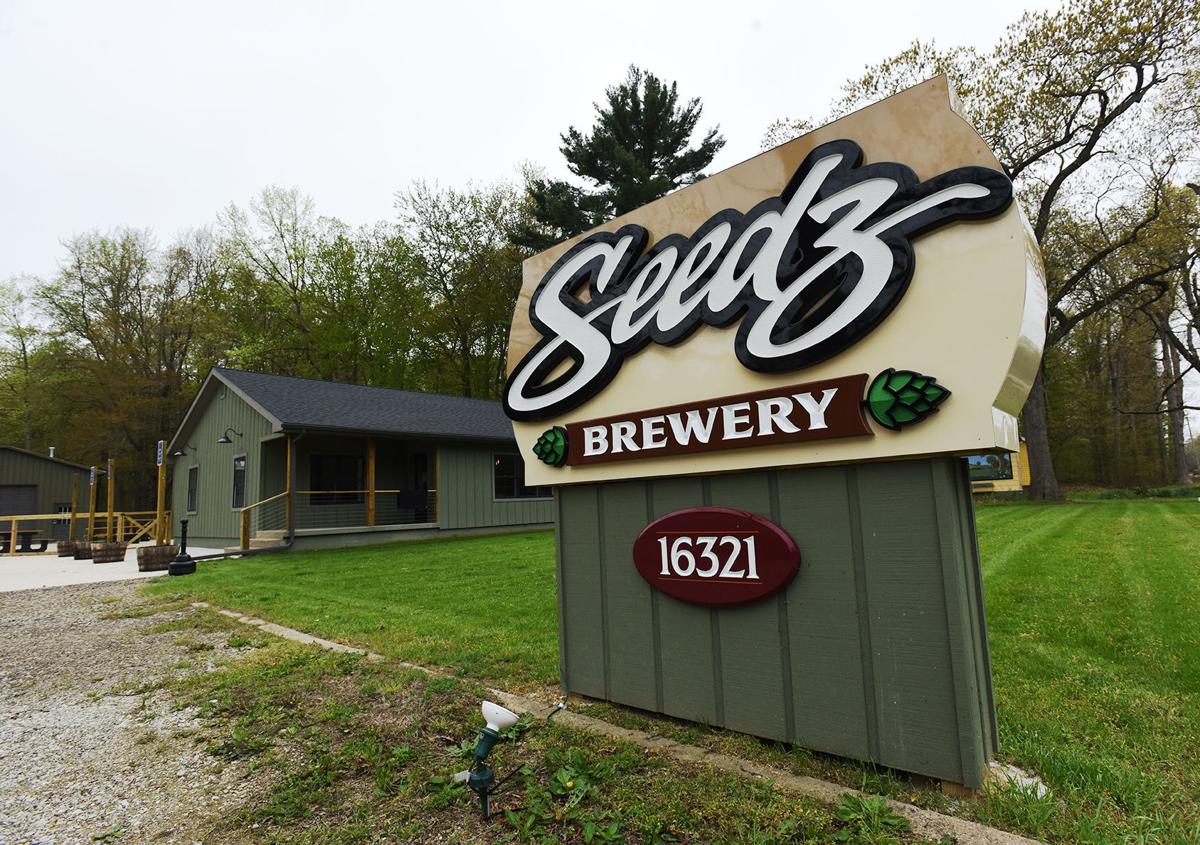 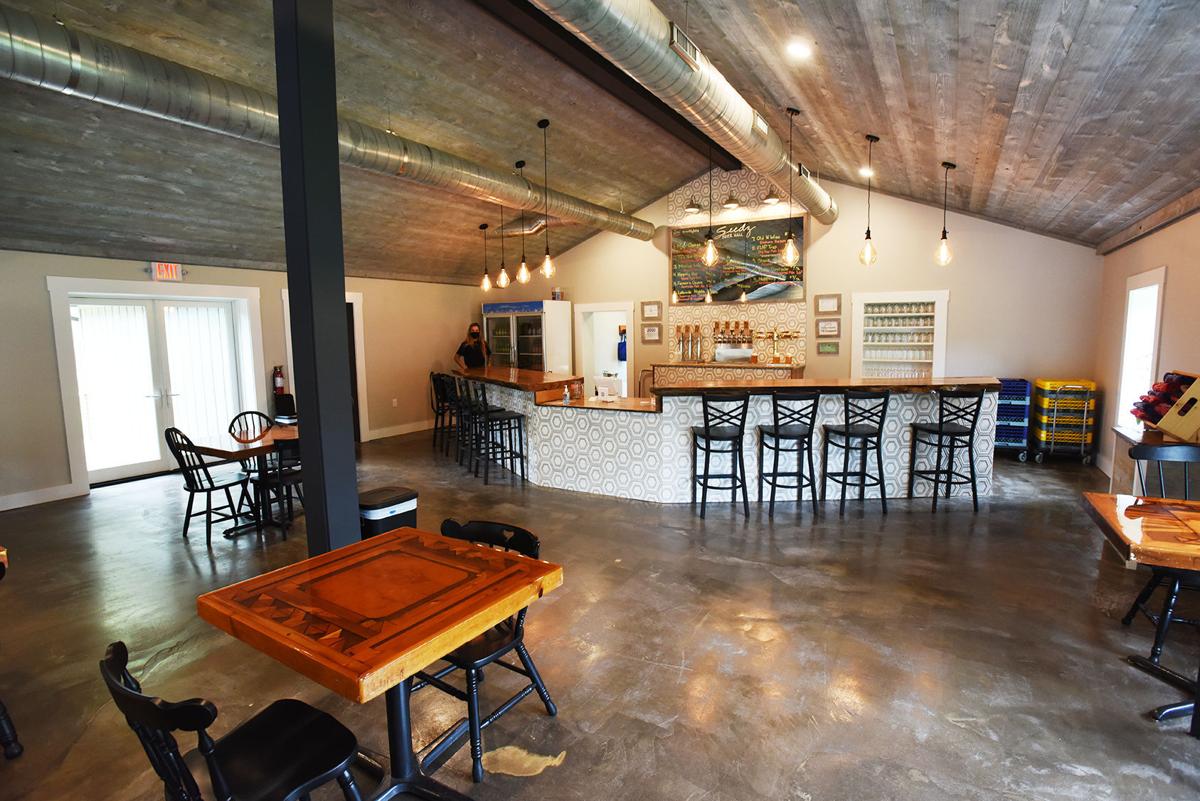 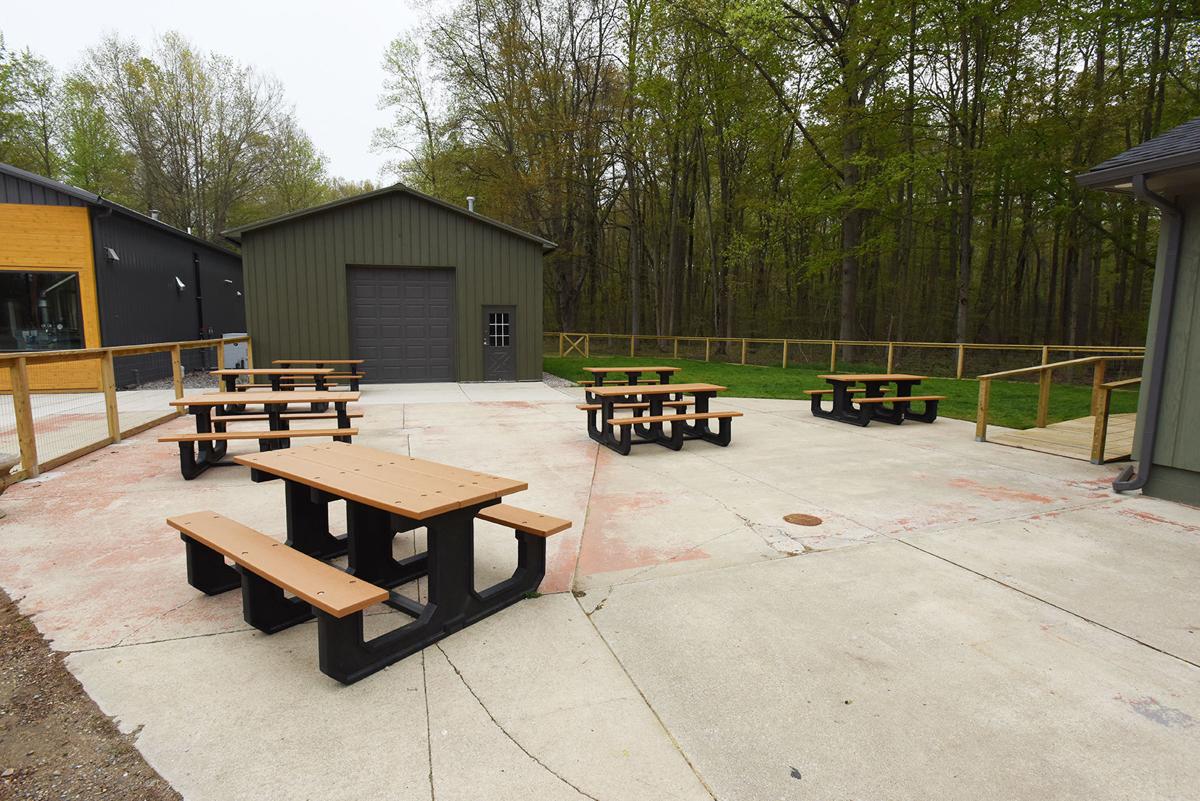 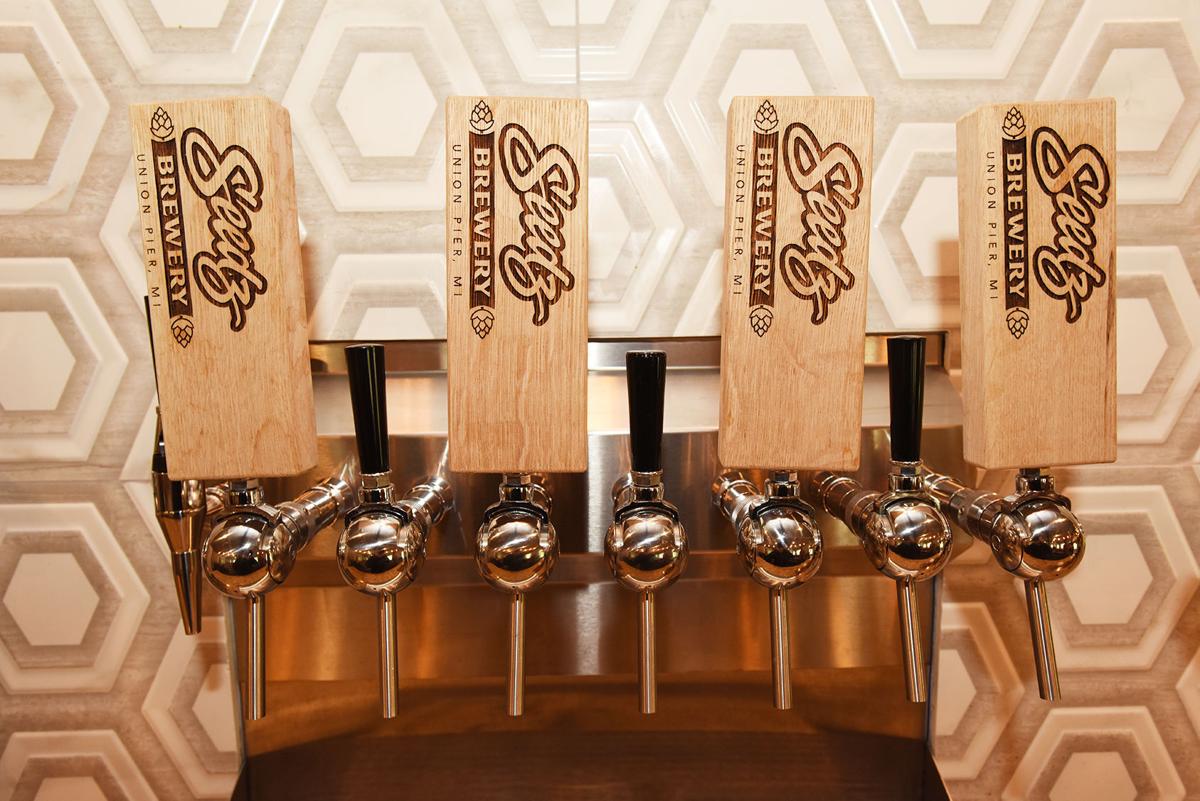 UNION PIER — Ryan Ziarko is all about flavor.

It’s a big reason behind the conception of Seedz Brewery in Union Pier. Ziarko, a New Buffalo native, opened the brewery at 16321 Red Arrow Highway in mid-February – about a year later than anticipated.

Initially, the plan was to open in February 2020. As they prepared for a soft opening, the COVID-19 pandemic halted work on the brewery’s tasting room.

“It gave us time to think about what we wanted to do,” said Ziarko, the owner and head brewer. “I was jumping around from thing to thing, wanting to do all of these different beers. But we needed to stay in our lane. We’re a niche brewery and I want these beers to be made a certain way with the kind of foam you get. It’s like whipped cream on top.”

Every beer poured at Seedz Brewery is inspired by Belgian- and German-style beer.

Ziarko said his beer takes 3-7 minutes to be poured, as he favors the foamy and heady pours.

“The foam flavor and foam smell is everything. It just looks good,” he said. “My biggest push is I’m trying to pound away at producing some lagers and saisons and use local ingredients. For us, brewing beer and making everything perfect is 75 percent. Proper glassware and pouring by the server is the other 25 percent.”

Ziarko began brewing beer in his cousin’s basement, while attending college in Chicago.

Growing up in Southwest Michigan, Ziarko said he was always intrigued by cooking and flavor profiles. He had the goal to open a restaurant, but as he got older, brewing had established its roots in the region.

After brewing on his own for four years in college, Ziarko joined Burn ’Em Brewing in Michigan City. Another four years later, Ziarko decided it was time to open a brewery of his own.

He said he chose Union Pier in an effort to stay close to home and target both wine drinkers and beer enthusiasts.

“It’s because of the flavors. They’re more subtle and delicate,” he said. “We’re doing more with local fruits and herbs. The flavor is more similar to people who like a delicate beverage.”

At any given time, Seedz Brewery will average six to 10 beers on tap. There will also be bottle service for beers that won’t be on tap.

“We’ll pour it like you would a bottle of wine,” Ziarko said. “We’re very small. Whenever I want to bottle something I really like, I’ll put the majority of it in bottles. The goal is to always have that beer for table service. It’s something different and unique and fun.”

With an affinity for mom and pop shops, Ziarko got creative with the brewery’s name.

In Czech and Polish, the name Ziarko translates to “seeds.” He then switched out the “s” for a “z” in recognition of his last name.

The name is also significant as Ziarko refers to his business as an agriculturally driven brewery. They use locally sourced material, with the malt being provided from Traverse City and Indiana and the hops coming from Baroda and Indiana.

The brewery itself has a tasting room, outdoor seating and two production buildings.

With state restrictions in place, Seedz Brewery has 42 seats and a grass area. Ziarko said he hopes visitors are able to bring picnic blankets and food from local restaurants as warmer weather returns.

“We’re not here to take over the world,” Ziarko said when asked about his plans for the brewery. “We want more tanks, fermenters and barrels. We want to eventually expand and give our beer a proper space.”

Seedz Brewery is in the process of changing its hours. They will be open 4-9 p.m. Monday, Thursday and Friday, noon to 9 p.m. Saturday and noon to 7 p.m. Sunday. The brewery is closed on Tuesday and Wednesday, which are dedicated to brew days.