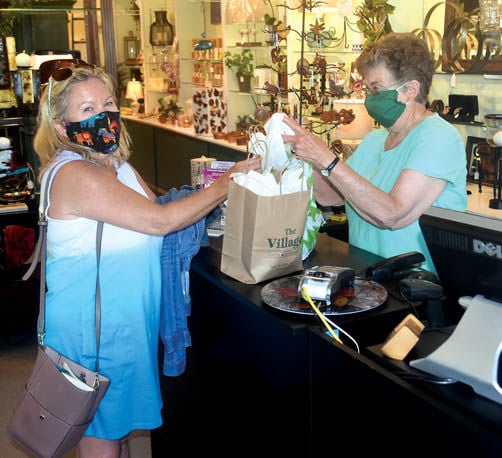 Jeanne Tibbles (right) with customer Kerry Morgan in The Villager shop on June 6. 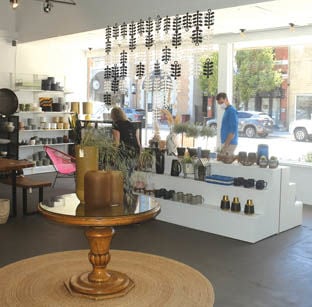 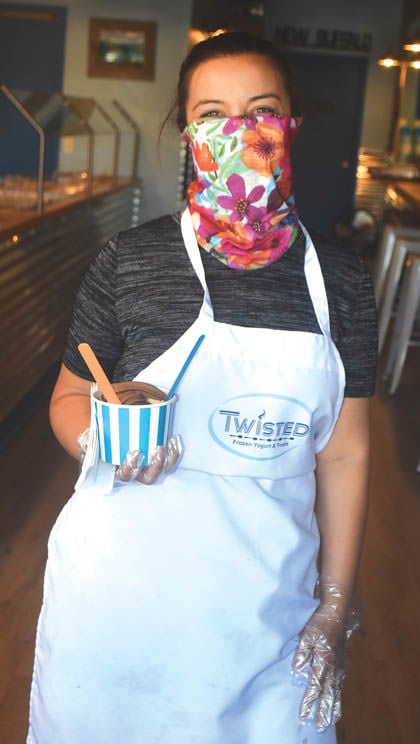 Jessica Conrad serves frozen yogurt from the front doorway of the Twisted shop in New Buffalo. 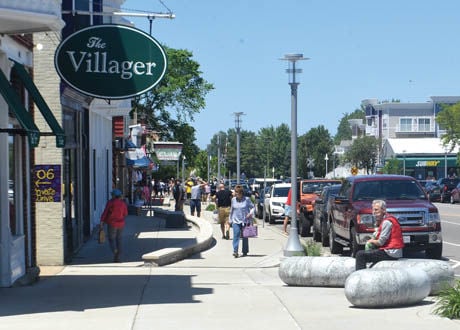 Downtown New Buffalo on the afternoon of Saturday, June 6. 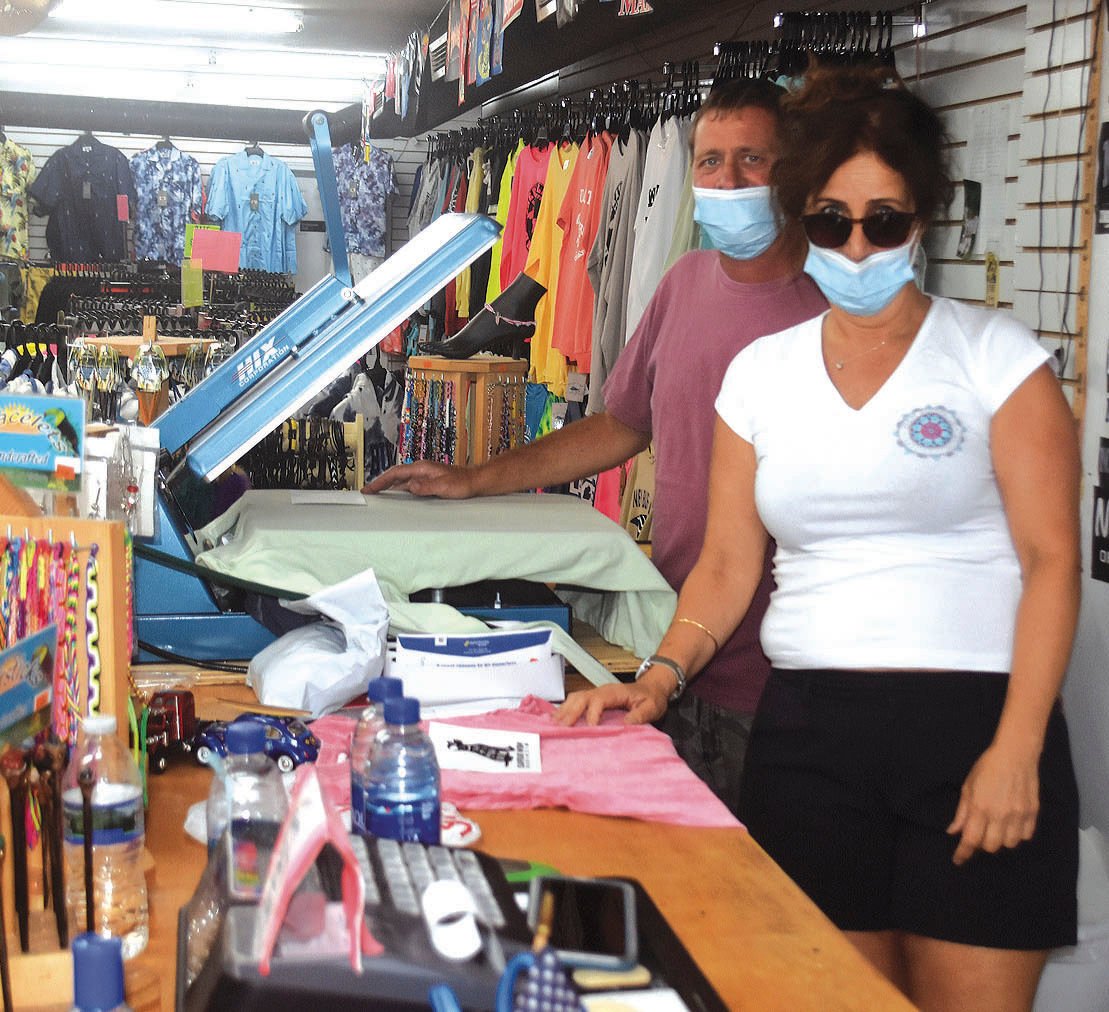 Jeanne Tibbles (right) with customer Kerry Morgan in The Villager shop on June 6.

Jessica Conrad serves frozen yogurt from the front doorway of the Twisted shop in New Buffalo.

Downtown New Buffalo on the afternoon of Saturday, June 6.

On June 1 the governor rescinded the Safer at Home order and moved the entire state to phase four of the MI Safe Start Plan, allowing retailers to reopen on June 4 and restaurants to reopen on June 8, both subject to capacity limits and other restrictions

Effective June 1, groups of 100 or less were allowed gather outdoors with social distancing, office work that can’t be performed remotely could resume, and in-home services including housecleaning were allowed.

Various stages of business re-openings were visible throughout the area between June 5 and 8.

“We’re open 3 to 9 on the weekends now,” she said. “We’re doing online ordering, phone-in, and curbside. We plan to keep it like that, it’s been successful.”

She added that the Hidden Gem shop (also owned by her cousin, Lisa Gawron) opened to customers on Saturday, June 6.

In Three Oaks the Alapash shop at 14 N. Elm St. was welcoming customers back in to explore the spacious showcase of products for the home.

Owner Marco Chavarry said they are still taking precautions such as limiting the number of people who can be inside at the same time.

“We’re very strict about wearing a mask and we have sanitizers all over.”

He said appointments for private shopping also can be made.

Anna Seban said the T-shirt Factory at 126 North Whitaker St. in New Buffalo officially re-opened on Saturday, June 6, and there were plenty of customers as of mid-afternoon.

She said “there is new stuff this season” in the shop that first opened seven years ago.

“Let’s hope this will be a good year for everybody.”

Just up the street The Villager opened its doors on Friday, June 5.

“It’s been fairly busy the last couple of days,” said Jeanne Tibbles adding that the shop has been in business for 28 years.

“We’ve asked people to wear masks and of course the social distancing, and most people have complied with that,” she said.

June 8 was the day restaurants could begin having customers dine inside under certain conditions.

Outdoor dining was evident that day at local eateries such as Oaks Eatery in Three Oaks for breakfast and Villa Nova Pizzeria in New Buffalo at dinner-time.

Lake Street Eats in downtown Bridgman is aiming for a partial inside re-opening on June 12 (like many area restaurants they have been offering take-out food during the stay at home period).