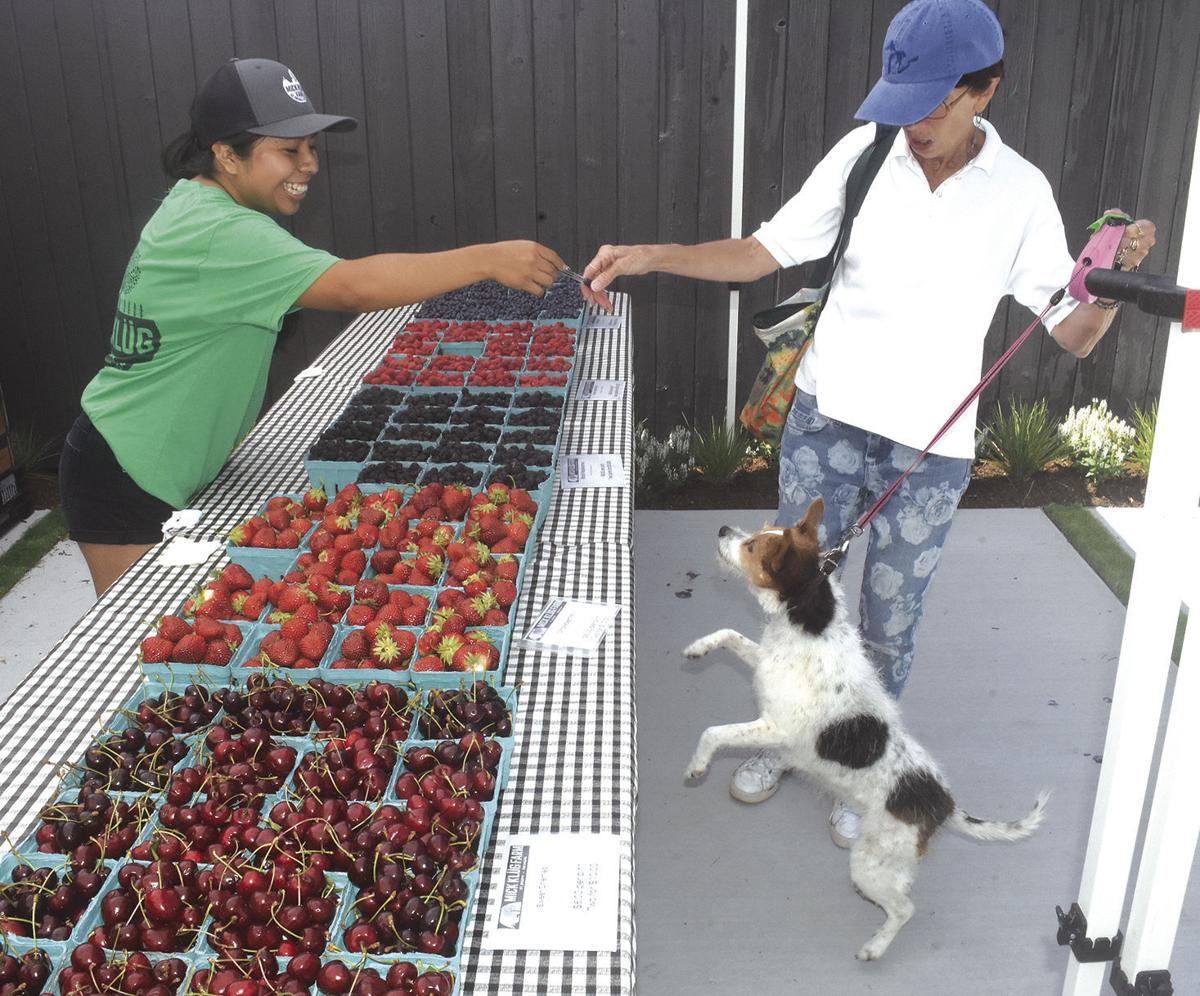 Shawn Vollmann and “Yumi” (at right) with Elizeia Capula on opening day (July 1) at the New Buffalo Farmstand by Mick Klug Farm. 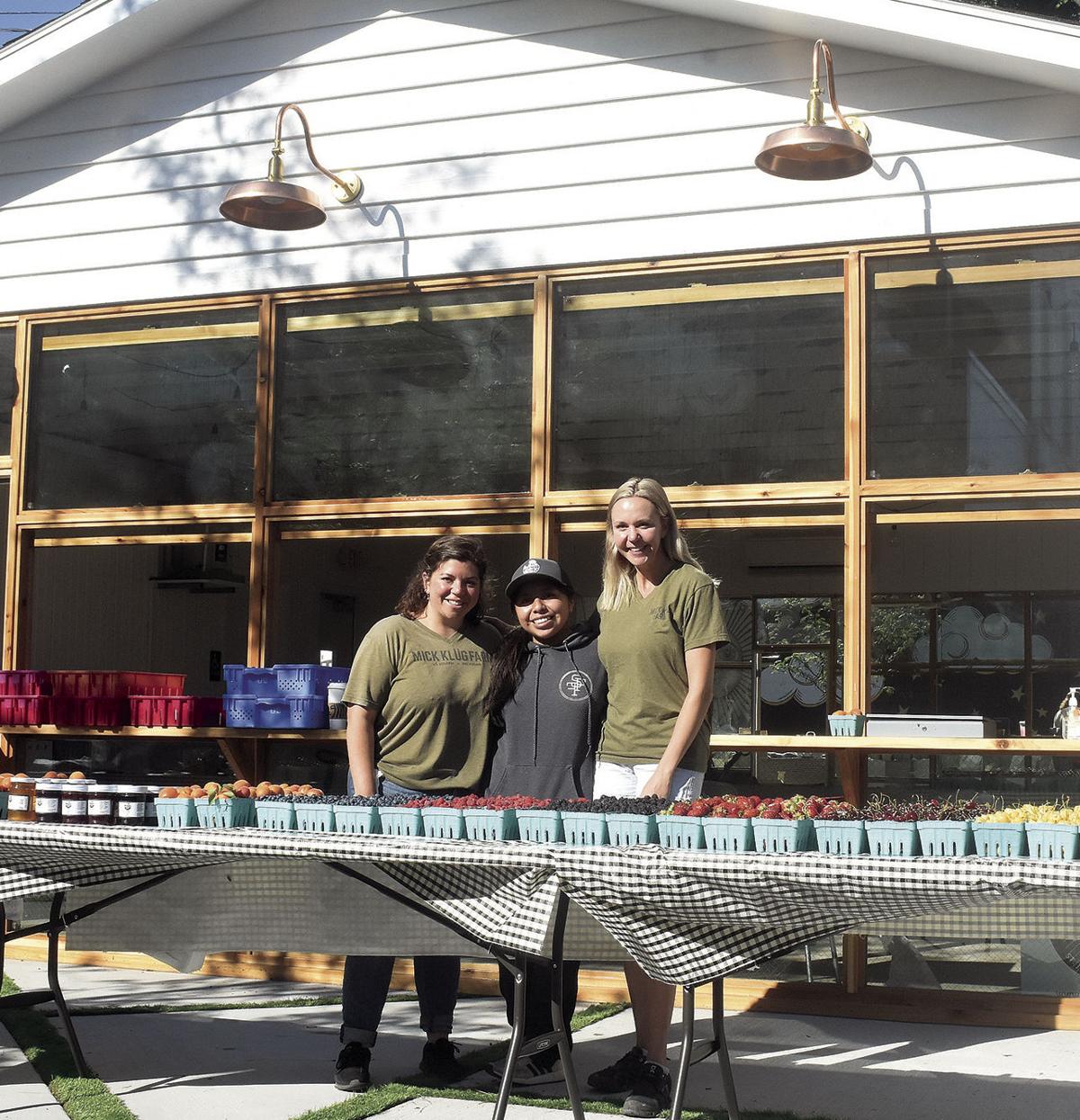 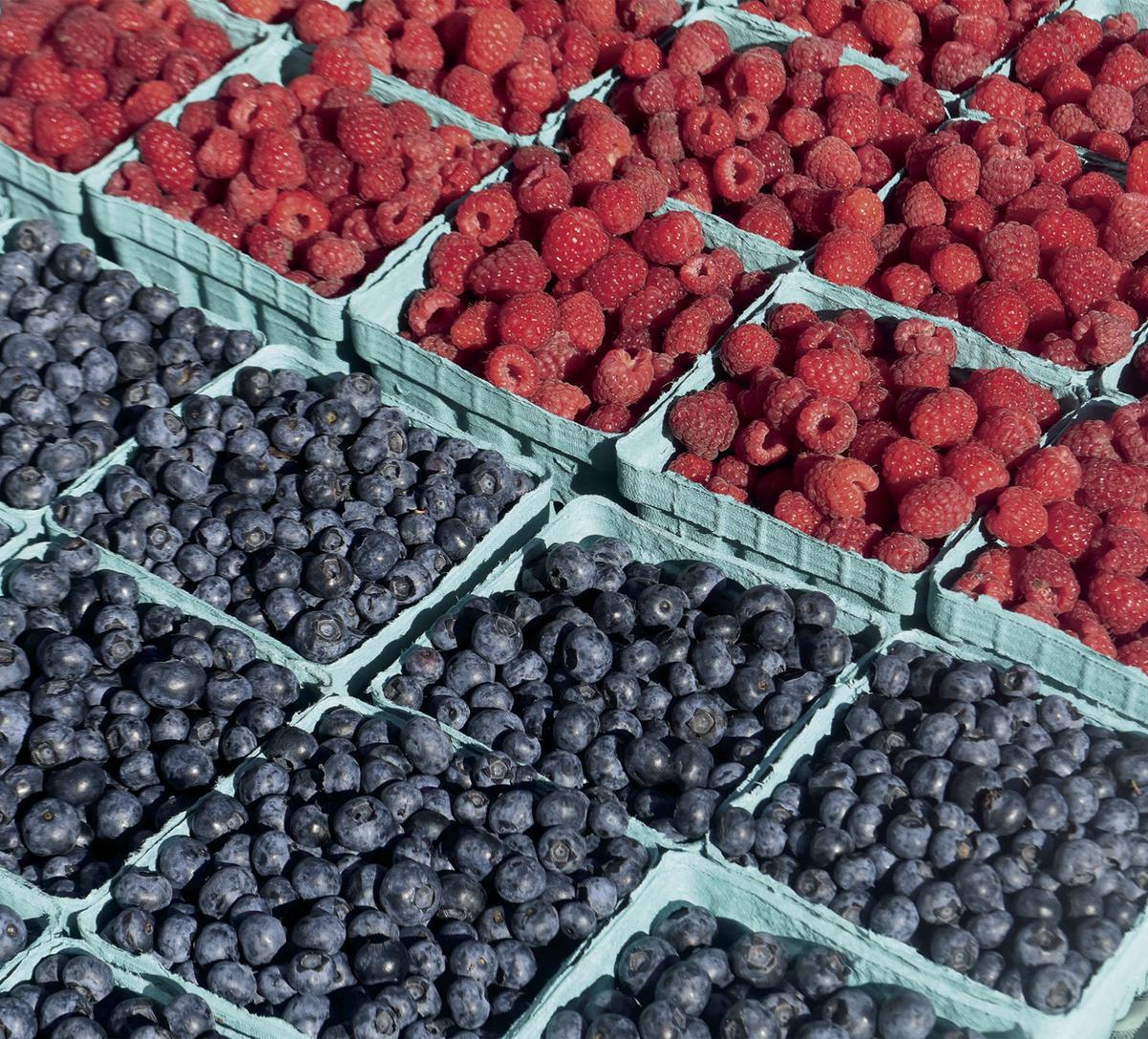 Blueberries and red raspberries team up for a Fourth of July weekend look at the New Buffalo Farmstand by Mick Klug Farm.

Shawn Vollmann and “Yumi” (at right) with Elizeia Capula on opening day (July 1) at the New Buffalo Farmstand by Mick Klug Farm.

Blueberries and red raspberries team up for a Fourth of July weekend look at the New Buffalo Farmstand by Mick Klug Farm.

NEW BUFFALO — The New Buffalo Farmstand by Mick Klug Farm made its debut in downtown New Buffalo on July 1 featuring a colorful assortment of fresh-from-the-farm fruit.

The Farmstand is located at the end of a pedestrian “alley” that runs next to the recently opened New Buffalo Starbucks in the Michigan Mercantile Building at 116 North Whittaker St. Current hours are 7 a.m. to 2 p.m. daily (with extended hours on Thursdays to coincide with the New Buffalo Farmers Market).

Schilling noted that although the normal strawberry season is about over, Mick Klug Farm also grows ever-bearing strawberries which begin producing fruit in late summer and keep going until the first frost.

Also in stock on the Farmstand’s opening weekend were Mick Klug Farm jams, and raw honey from “hives on our farm.”

“The feedback we received was really positive,” Schilling said of opening day. “People seemed to be excited that we’re here, which is great to see. We feel really welcomed by the community.”

Future produce customers of the New Buffalo Farmstand by Mick Klug Farm are likely to encounter include such as green beans, sweet corn, a variety of peaches, nectarines, 10 types of seedless grapes, tomatoes, apples, pears, melons, zucchini (including the blossoms), cut flowers and more.

“In terms of vegetables we like to source from neighboring farms to provide more variety,” Schilling noted.

Schilling said the New Buffalo Farmstand (which was focused on tables in front of the renovated building during its first few days) will have produce and other offerings inside with windows and a counter-top in front to serve customers (who also can shop inside if it rains). The Farmstand is separated from the Michigan Mercantile Building by a spacious courtyard.

Schilling said Mick Klug Farm goes into Chicago five times a week, “and we have a lot of customers in the city that have summer homes in this area. Some have moved here.”

“I saw several of them here on opening day,” she added.

“Our main sales outlets are farmers markets and restaurants in Chicago. That’s been our model for over 35 years,” she said. “It’s nice to bring part of the business closer to home.”

Schilling said Mick Klug Farm participates in The Green City Market in Lincoln Park on Wednesdays and Saturdays; The Lincoln Square Market on Tuesdays and Thursdays; along with Saturday markets in Hyde Park and on Division Street in the Gold Coast area.

Abby said she’s a third-generation farmer while both Mark and Ben are fifth generation.

Mick Klug grew up on a 40-acre farm his parents established in the 1930s. He took ownership in 1974, and expanded the land to over 120 acres. For the past several years, Mick has worked closely with his daughter, Abby Schilling, and son-in-law, Mark, successfully sharing management and ownership responsibilities to ensure the land, operations and customer relationships stay within the family.

In 2018, Mark’s brother, Ben Schilling, and sister-in-law, Bae, joined the team, and now Abby, Mark, Bae and Ben own and operate both Mick Klug Farm and Schilling Family Farms in Eau Claire (which is more of a commercial operation).