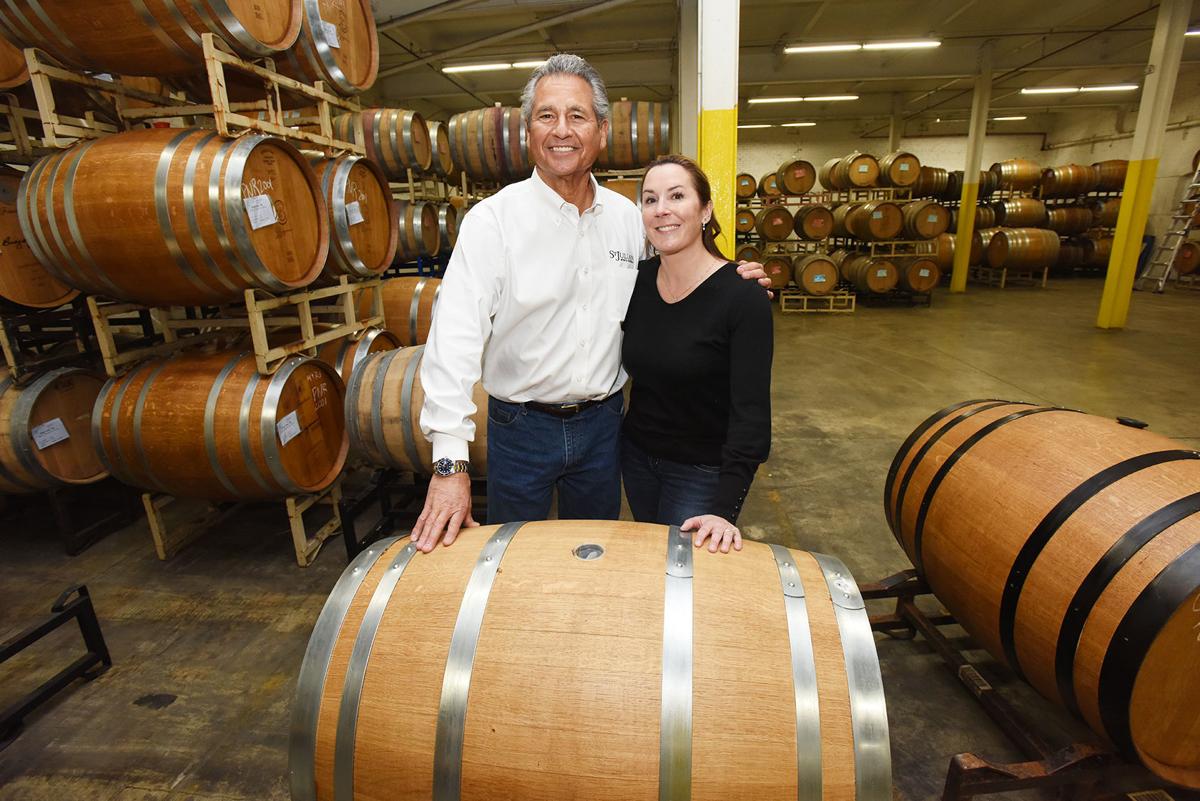 John Braganini, his wife, Sarah, and their family are this year celebrating the 100th anniversary of St. Julian Winery, a Paw Paw landmark and the longest-operating winery in Michigan. 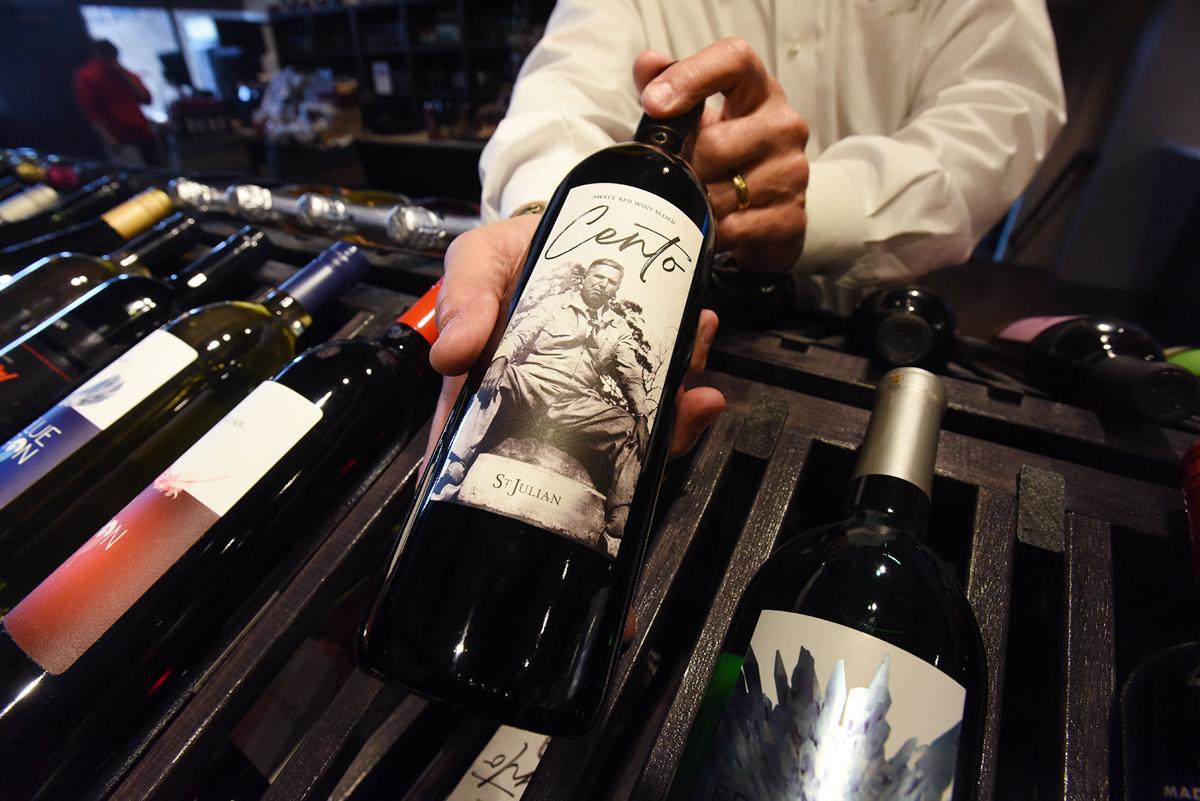 John Braganini, president of St. Julian Winery in Paw Paw, shows off a bottle of Cento made in honor of his grandfather, Mariano Meconi. 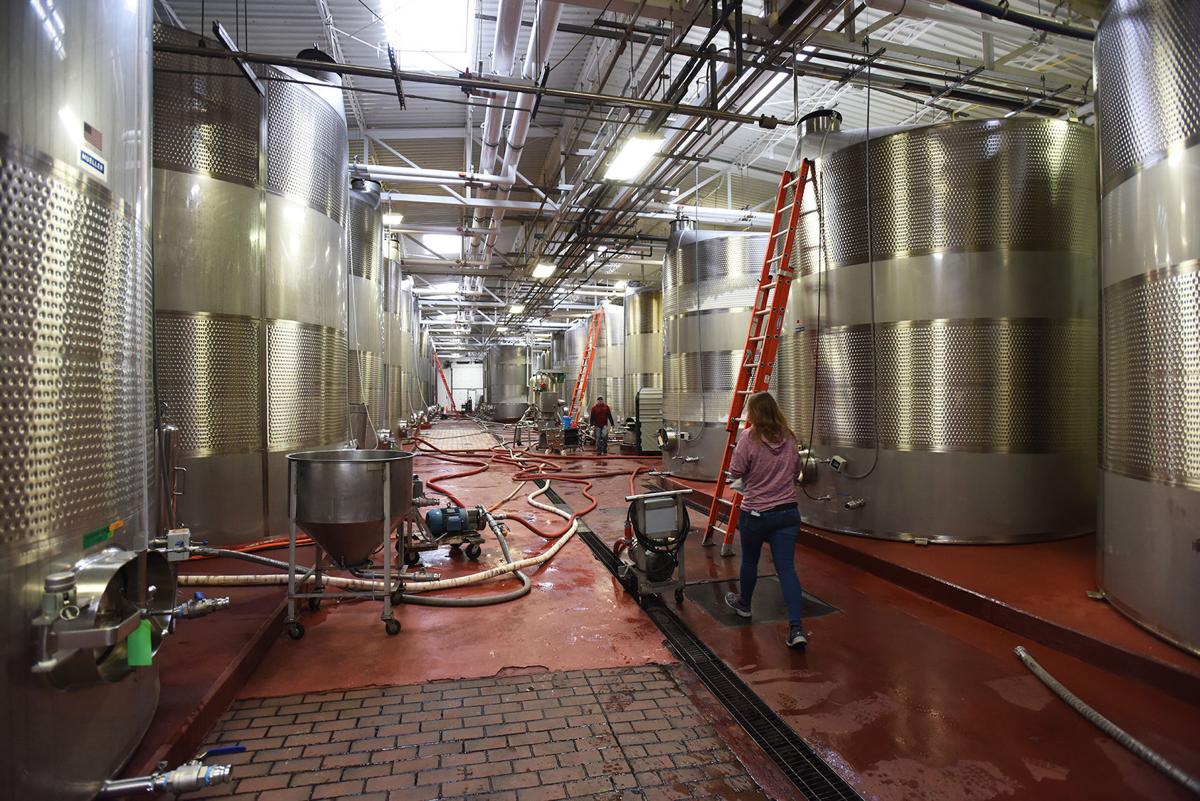 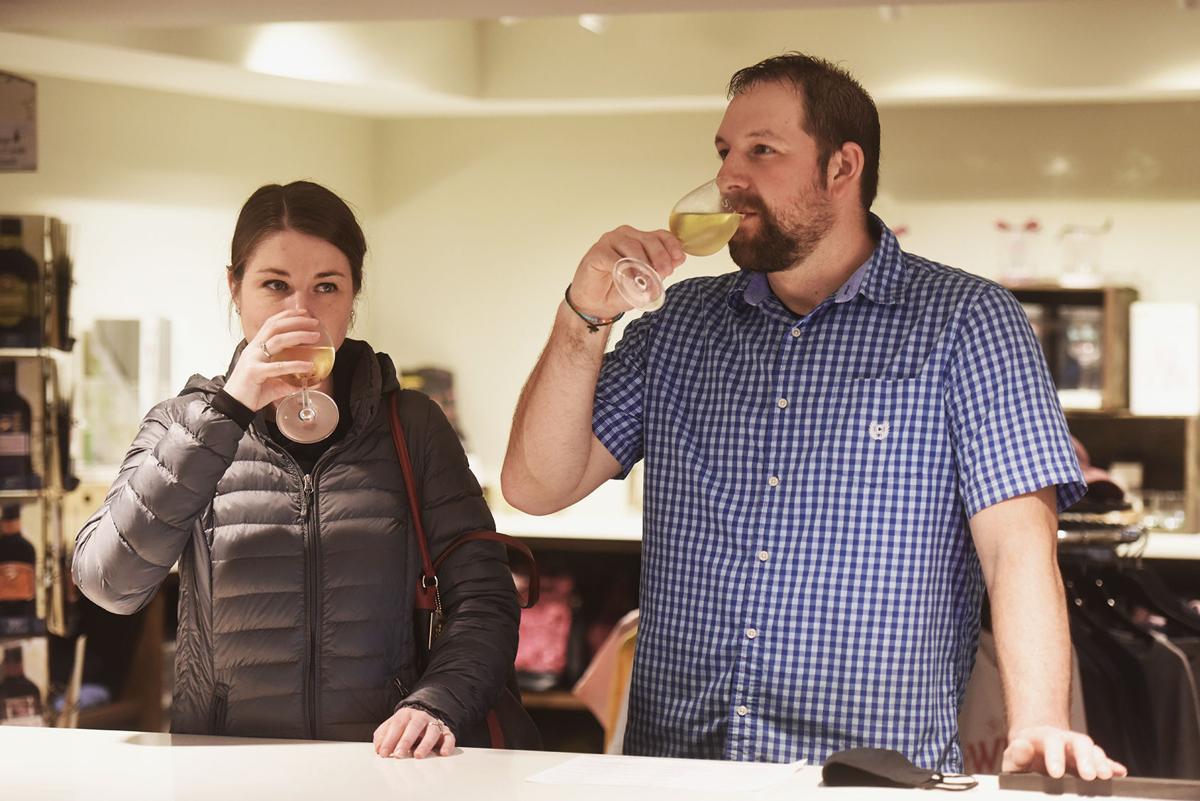 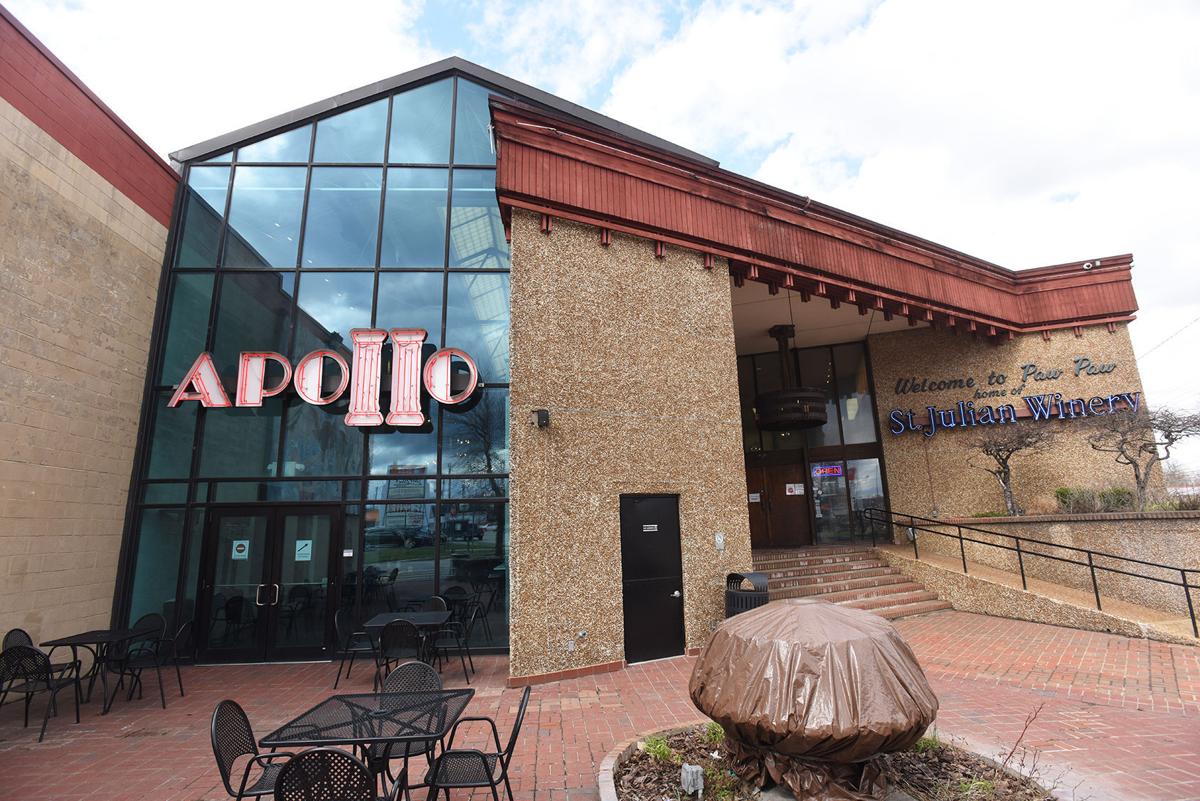 John Braganini, his wife, Sarah, and their family are this year celebrating the 100th anniversary of St. Julian Winery, a Paw Paw landmark and the longest-operating winery in Michigan.

John Braganini, president of St. Julian Winery in Paw Paw, shows off a bottle of Cento made in honor of his grandfather, Mariano Meconi.

PAW PAW — It was a century ago when Mariano Meconi immigrated from Italy and started what would eventually become St. Julian Winery.

The Paw Paw landmark, which boasts a handful of tasting rooms across the state, is now celebrating 100 years in business with several events and special wine releases, though the centennial celebration has been scaled back due to the ongoing pandemic.

“We didn’t plan for COVID and thought we would have one heck of a wine festival,” said John Braganini, president of St. Julian Winery. “I would say about 70 percent of what we were going to do we will end up doing.”

As the longest-operating winery in Michigan, St. Julian became a pioneer in winemaking when it found its way to Southwest Michigan.

The winery has tasting rooms in Union Pier, Paw Paw, Dundee, Troy, Frankenmuth and Rockford. With one of the largest winemaking facilities in the Midwest, St. Julian has enough storage capacity for 1.5 million gallons of wine.

“We fill about half of that a year,” Braganini said. “My grandfather would have been proud.”

Mariano Meconi immigrated to Windsor, Canada, where he started a small winery in 1921. Originally called Border City Winery, Meconi sold wine in Canada and to churches located in Detroit throughout Prohibition.

The winery soon moved to Michigan, where it became known as the Meconi Wine Company.

He changed the name to The Italian Wine Company for a brief period in 1936, when Meconi moved the business to Paw Paw.

It would change to St. Julian for good in 1941, when Braganini’s grandfather wanted to distance the winery’s association from a country America was fighting against in World War II.

“He didn’t want to call it Italy because they had a fascist leader at the time,” Braganini said. “In the 1960s, he turned it over to this two sons and son-in-law.”

Over the past 100 years the winery has had to adapt with the times.

Braganini said a transformation began in the 1970s, when there were only a handful of wineries in the state.

Those wineries predominantly used juice grapes for fermentation. In the 1970s, St. Julian imported wine grapes from Europe, which led to local growers converting a good portion of their juice grapes to wine grapes variations.

“We have survived Prohibition, wars, the Great Depression, the Great Recession, fires, family tragedies, a pandemic and countless other challenges over our 100-year timeline,” Braganini said. “As we move into our next century of opportunity, we have positioned the company for an exciting journey.”

Braganini took over as president in 2016 after his brother Dave passed away. His brother, who had been in control of operations since 1982, had helped catapult St. Julian Winery into the 21st Century.

The industry began to evolve as the fruit that grew along Lake Michigan continued to expand. Braganini said they now work with 25 Michigan fruit growers.

The majority of the growers work the land in and around Benton Harbor, Baroda and Stevensville.

“We’ve evolved into a serious, high-quality industry,” Braganini said. “We are a regional winery and are getting close to breaking into the Top 50 wineries in the country. We’re maybe two years away from joining that list out of the 11,000 wineries in the U.S.”

Part of this means surpassing Braginini’s production goal of 500,000 cases a year.

The winery is currently investing $20 million in its plant to modernize and expand in Paw Paw. This will include the addition of 450,000 gallons of new storage tanks this summer. Once renovations are completed, the winery will have the capacity to store up to 2 million gallons of its products.

Braganini said he’s proud of how his employees have adapted to the ongoing pandemic. With 110 workers, 70 of them are posted among the tasting rooms across the state.

A Centennial Anniversary Celebration is expected to be held later in the fall, including the release of these special wines.

Looking into the future, Braganini said he hopes to see the winery’s legacy live on through his family.

“My time on the horizon is a little shorter than my boys,” said Braganini, who is 68. “We’ll do the best we can to lead this company to the next generation. My boys are the fourth generation. We have grandchildren, the fifth generation, who are excited about being here when they get old enough.”