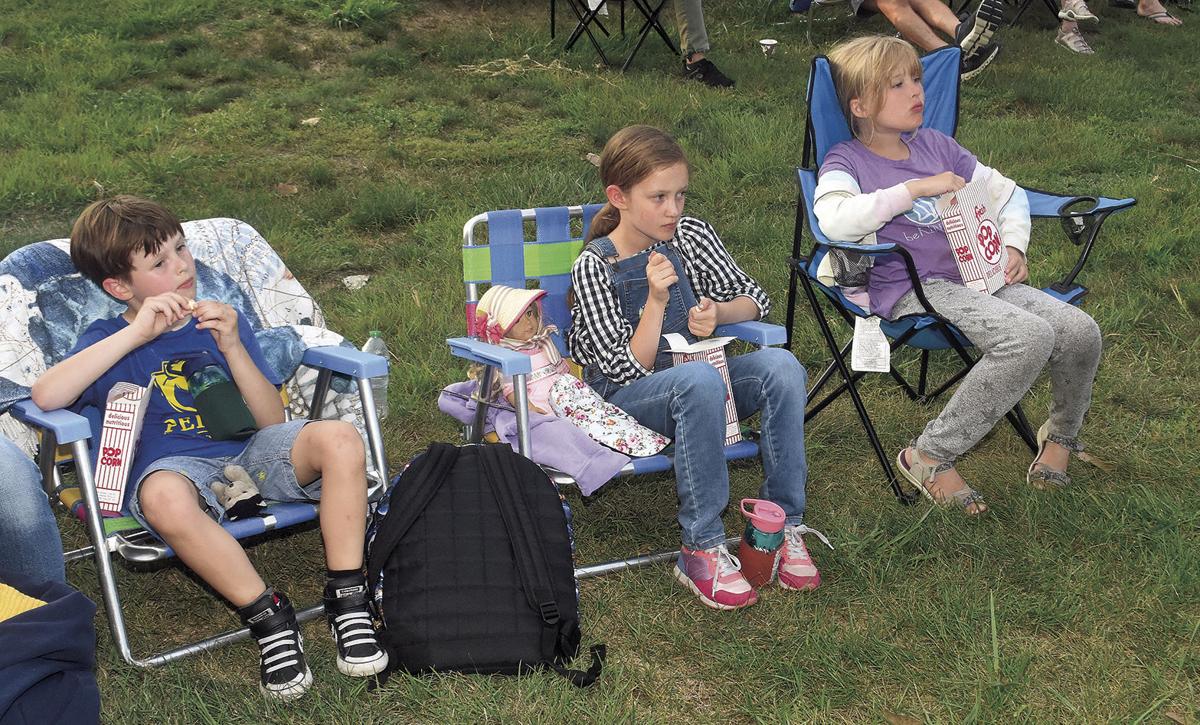 Eames and Lucinda Eckstrom and DEmmylou Monson (from left) prepare to enjoy a movie (“Mune: The Guardian of the Moon”) and popcorn in Harbert Community Park on Aug. 18. 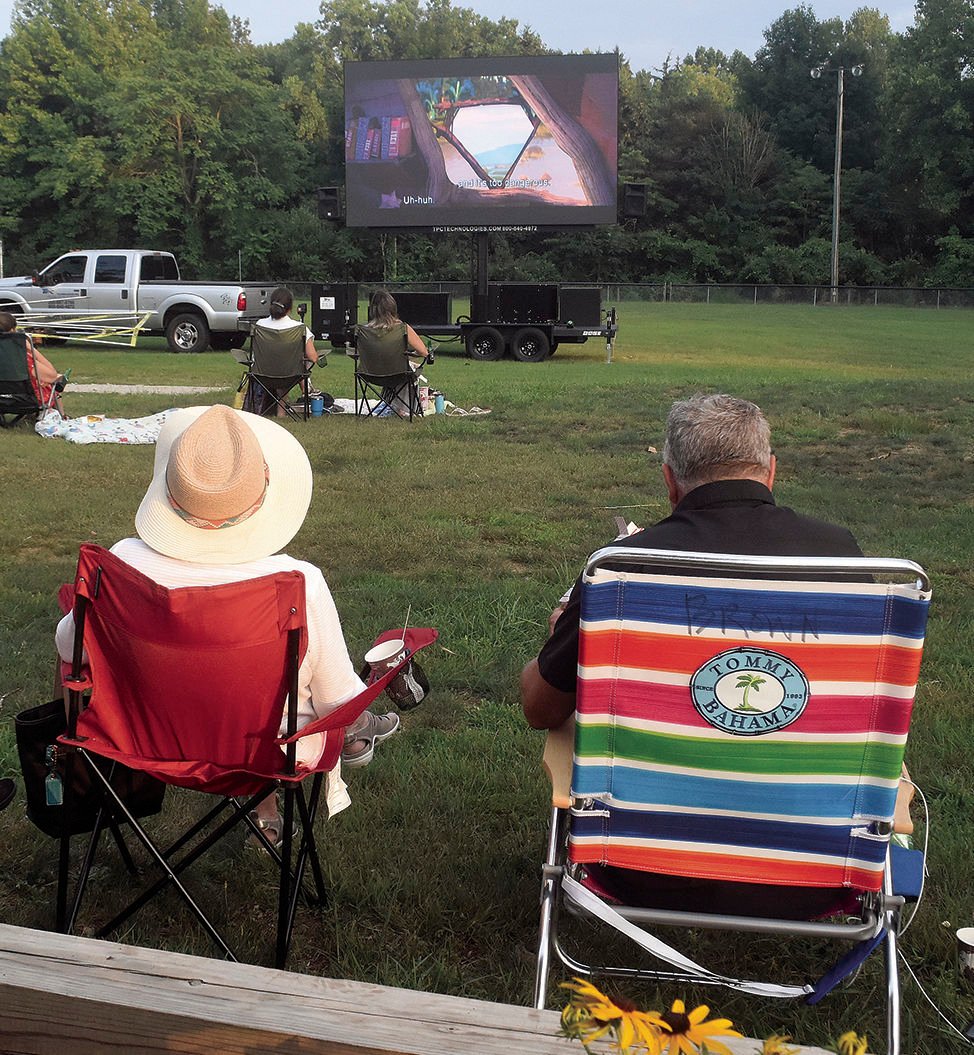 “Mune: The Guardian of the Moon” begins on the big screen in Harbert Community Park. 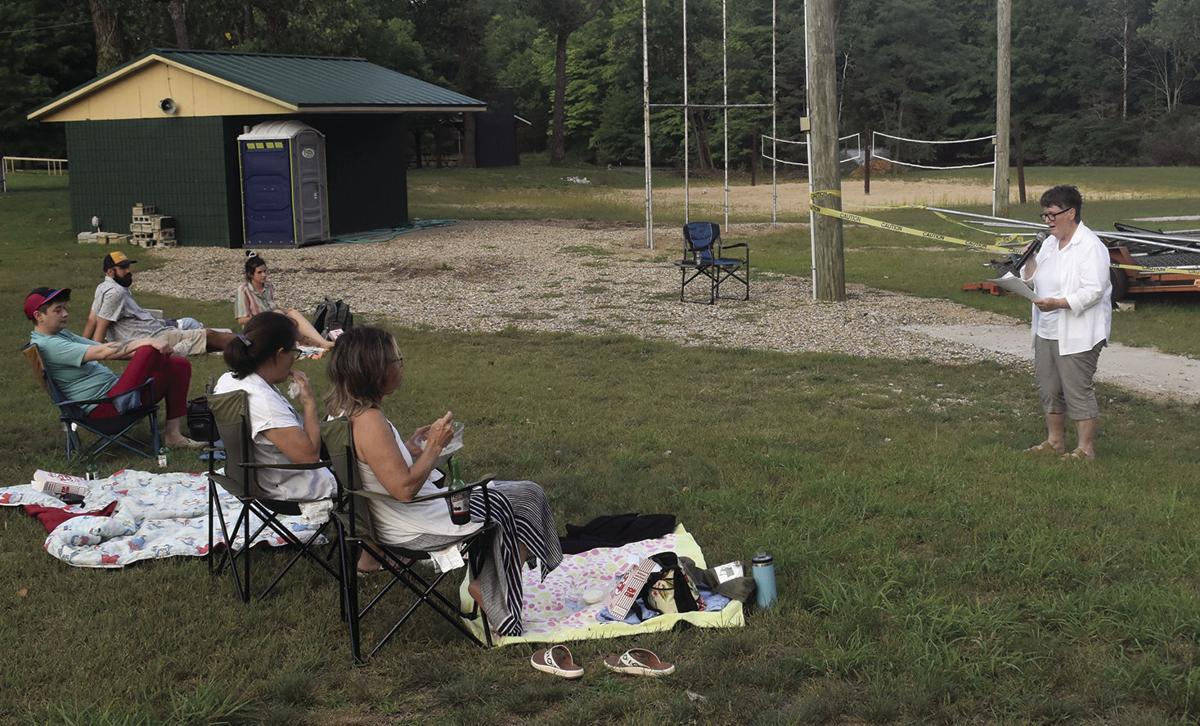 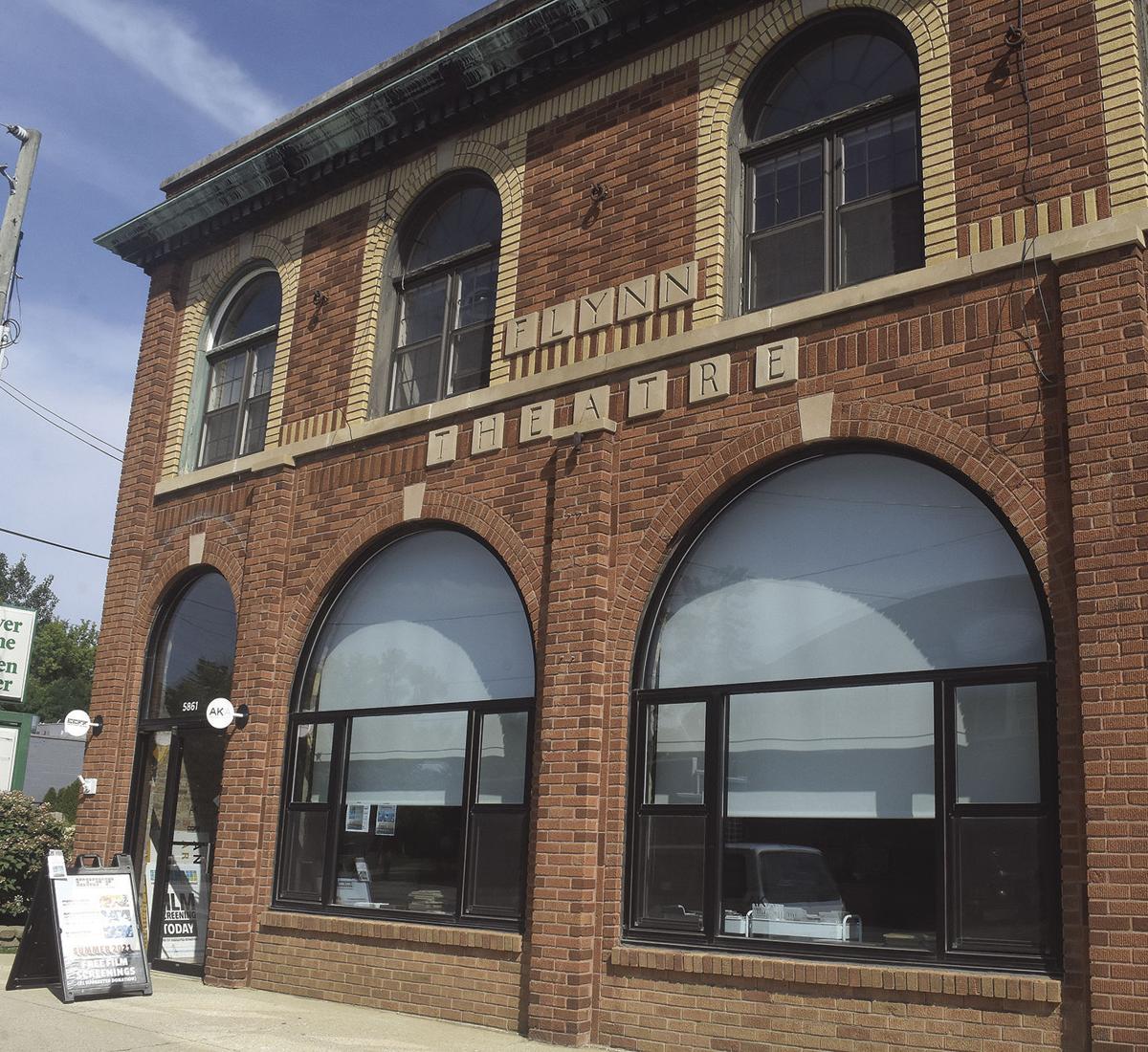 Eames and Lucinda Eckstrom and DEmmylou Monson (from left) prepare to enjoy a movie (“Mune: The Guardian of the Moon”) and popcorn in Harbert Community Park on Aug. 18.

“Mune: The Guardian of the Moon” begins on the big screen in Harbert Community Park.

HARBERT — The first entertainment event held at “The Meadow” area taking shape in the former Little League baseball field at Harbert Community Park was an Aug. 18 screening of “Mune: The Guardian of the Moon” presented on a portable screen by The Coastline Children’s Film Festival.

“I am one of the ones kind of responsible for the fact that you no longer see a baseball field here,” said Chikaming Township Park Board member Garth Taylor while welcoming those attending the event. “Instead there’s a vision of transforming this into a different kind of park – one with walkways that go around it, one with a performing platform down there closer to left-center field. So maybe the next time we come in to watch a movie it will be down there and the screen will be on the performing platform.”

Taylor said a group of volunteers have been working on transforming the field area on Fridays, adding that demolishing the dugouts and outbuildings have been demolished.

“It was a lot of fun swinging that sledgehammer,” he noted.

Leslie Sullivan of the Coastline Children’s Film Festival said the organization was founded 12 years ago, inspired by the 8 1/2 Foundation founded by Tilda Swinton and Mark Cousins “and its mission to make great films available to young people everywhere.”

She said members of the Chikaming Township Park Board and other local officials and volunteers helped make the showing of “Mune: The Guardian of the Moon” in Harbert Community Park possible. She also mentioned another local connection.

“The Film Festival has a new storefront space in Sawyer at the Flynn Theater Building downtown … Please stop by and watch for news for our Halloween events and the March (2022) festival, which is scheduled for run March 18th through the 27th.”

Sullivan added that “Children of the Sea” will screen outdoors at the Benton Harbor Public Library on Aug. 27 at dusk. For more, go to www.coastlinechildrensfilmfestival.com

Taylor said the next Friday volunteer session at the field (Aug. 27) will focus on landscaping, including further work in a cleared area toward the pond to get that area ready for planting grass.

“There are three other areas that need to be thinned out, invasives removed, and vistas cleared for pathways and sight lines. So, please bring loppers, gloves, and anything else you have for getting rid of unwanted brush,” he said. “In a few weeks we will turn to planting.”