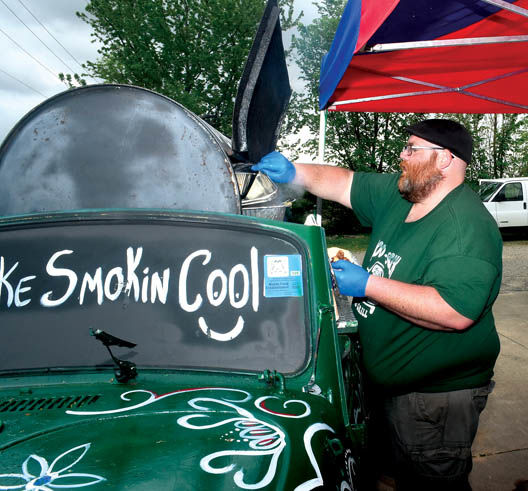 Steve Gargis does some grilling on the Woodstock & Grill “Smokeswagon” in Three Oaks on May 22. 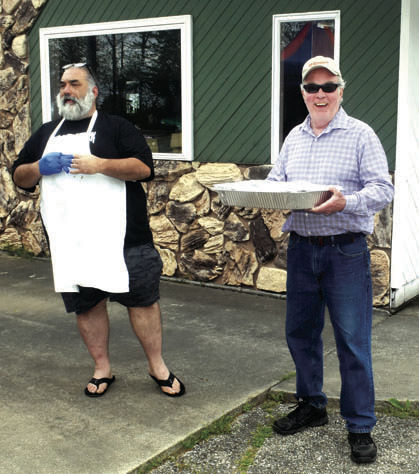 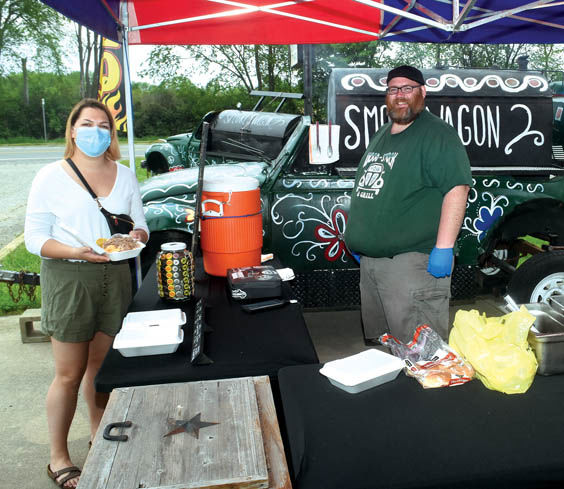 Steve Gargis does some grilling on the Woodstock & Grill “Smokeswagon” in Three Oaks on May 22.

On Friday and Saturday of Memorial Day weekend (May 22 and 23) they were up and running at the corner of Tulip Avenue and U.S. 12 in Three Oaks.

“It will be a learning curve to see how much business we do. Today we’ll probably run out. We’ll do more tomorrow and see how that goes,” Woodstock & Grill owner/chef Tim Carrigan said on May 22.

He said they planned to set up during the week as well and see how it goes.

“We’ll have a different variety almost every day. We’ll always have pulled pork. When the prices get a little bit better we’ll have brisket.”

For the latest offerings, check www.facebook.com/WoodStockandGrill/ or send an email to jmlcatering@gmail.com.

“We’ve got six rigs so we’ll be set up throughout the county as well. We do graduation parties, weddings, farmer’s markets and festivals,” Carrigan noted.

If the Three Oaks site does well, he said there is a chance the storefront there could be opened up down the road.

One of the customers lining up in a socially distanced manner on May 22 was Matt Rauen, who normally enjoys Woodstock & Grill’s food at Watermark Brewery in Stevensville. Rauen said he called the number on a business card he had and found out about the Three Oaks opening.

A May 24 post from the Woodstock & Grill Facebook page stated. “It was amazing seeing everyone again the past couple of days. We have missed you! We had such a great response we sold out both days so if you didn’t make it or want to come back, don’t worry! Hours this week - Tuesday-Saturday 11am-4pm (or until we sell out). You can also buy by the pound.”

Carrigan said the donor cars for the dark-green VW Beetle-based grills (a seventh is in the process of being assembled atop a trailer so it can be towed) have come from locales such as Jackson, Ann Arbor and Warsaw, Ind. And most of have been in pretty rough shape.

“One had a tree growing through it, one had a tree crush the top of it. We look all over the place for them and we find them.”

The original, in service for three years now, was being used in Three Oaks on May 22.

“I had a grill and I had an old Vee-Dub and thought ‘Oh that would be kind of cool.’ So we put it together and did a couple events and it went really well ... Everybody recognizes it now,” Carrigan said, adding that they’re also great conversation starters.

“Everybody has a VW story.”