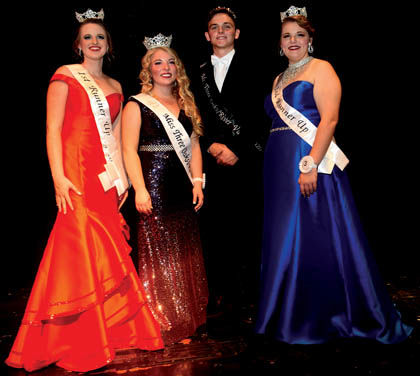 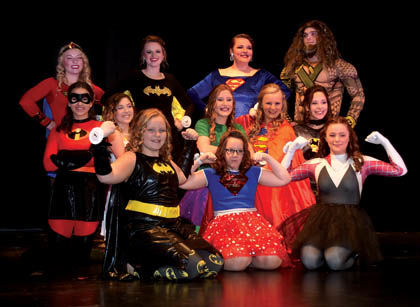 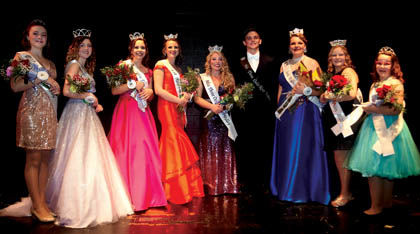 The 2019 court during their farewell dance. 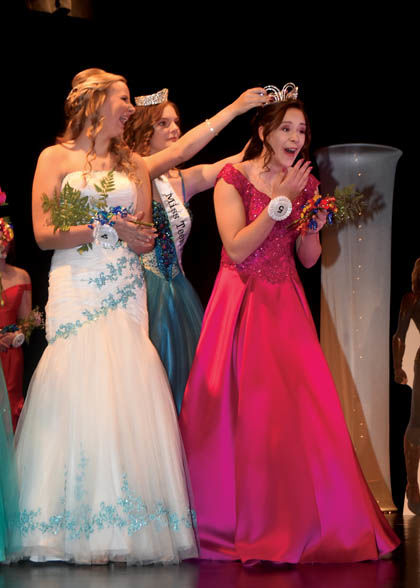 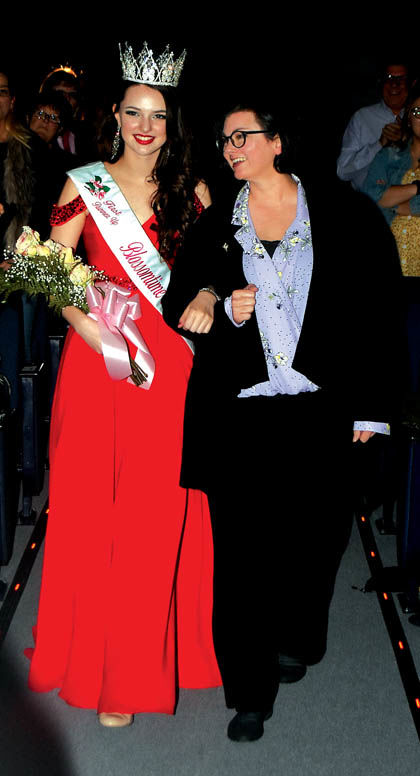 Miss Three Oaks/River Valley 2019 Claudia Moore is escorted by her mom prior to crowning her successor. 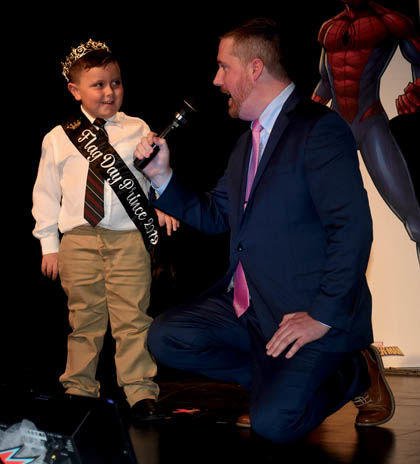 Superheroes on the stage. 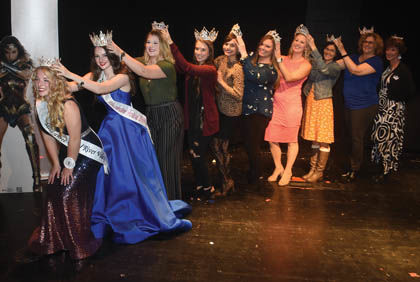 Queens through the years.

The 2019 court during their farewell dance.

Miss Three Oaks/River Valley 2019 Claudia Moore is escorted by her mom prior to crowning her successor.

Superheroes on the stage.

Queens through the years.

Moments after the crowning moment, a tearful Lumley thanked "my amazing family" and others whole came out to support her.

"I've got so many flowers in back!"

The new queen said she was especially looking forward to the Miss Blossomtime Pageant.

"I think it's going to be great experience and really fun."

Lumley noted it's the first time she's entered a pageant.

McCarty said she was "very surprised" to be crowned Miss Teen River Valley, adding that she went out to "have fun and a great experience."

Frazier, a member of the royal court last year as well, said she is "really excited for this year."

When asked what he planned to do with his crown, Mr. Three Oaks/River Valley, Bronson quipped "make it fit my head first."

Also participating in the Miss Teen portion of the pageant were Makena Christ, Taylor Kirk and Macey Springer.

Lumley, a senior at River Valley HIgh School, is the daughter of Jason and Holly Lumley. Her activities include marching and concert band, track and cheerleading, serving as class president, receiving awards in Language Arts and Sceince, volunteering for Apple Cider Century, blood drives, car washes for Prom, Homecoming and Winter Fest. After high school she plans to attend Lake Michigan College and then enroll in a four-year university in Germany before becoming an English teacher.

Bronson, a River Valley High School senior and the son of Charles and Terry Bronson, is active in baseball and basketball, helping at youth baseball and basketball camps, and volunteering at Apple Cider Century. He plans to attend KVCC and Western Michigan University to pursue a Business/Criminal Justice degree before becoming a Michigan State Trooper. He will compete in the March 15 Mr. Blossomtime Pageant.

Norris, a Bridgman High School Senior, is the daughter of JIll and Tom Norris. She is active in softball, basketball, National Honor Society, DECA, Student Senate and Key Club, is on the honor roll and has been recognized as Top Science Student of the Year. After high school she plans to take the National Registry test to become a licensed EMT and work for a local company while attending Ferris or Grand Valley State University to earn a degree in Pre-Medicine and continue onto medical school to specialize in anesthesiology. She is set to be a part of the Jan. 25 Spirit of Blossomtime Pageant.

She said it was exciting to be named Miss Congeniality by her fellow contestants.

Rochefort, a senior at River Valley High School and the daughter of Erik and Amy Rochefort, plans to join the U.S. Air Force after high school to be an air traffic controller or to perform maintenance on C-130 jets. She has had the honor of laying a wreath at the Tomb of the Unknown Soldier, was first chair for the Lake Michigan Youth Orchestra and was a BPA state qualifier.

McCarty, a 14-year-old freshman at River Valley High School, is the daughter of Brian and Kelley McCarty, Her activities include basketball, volleyball, volunteering with the Post 204 Women's Auxiliary and at West Woods of Bridgman. When Lexie grows up she would like to have a career in sports medicine.

Morse is the daughter of Brandy Morse and Matt Forker. She is involved in volleyball, basketball, Science Olympiad, the debate team, riding horses and going to the beach. She would like to be a social studies teacher and/or a Realtor.

Frazier, a River Valley Elementary fifth-grader, is the daughter of Chris and Emily Frazier. Her favorite school subjects are math, reading, science and art and she has won awards for  dance. softball and AR reading. Addyson wants to be a teacher when she grows up.

Ledesma said her year as the first-ever Miss River Valley Junior Teen was "one of the greatest experiences of my life."

"I've met so many awesome people and created memories that will last a lifetime."

Schrader thanked friends and family that have supported her during the past year.

"You've all kept a smile on my face through this year."

After talking about the year she shared with members of both her courts (Three Oaks/River Valley and Blossomtime), Moore told this year's contestants to make the most of the upcoming year.

"You will have amazing friendships and memories. I can't wait to watch."

Emcees were Zack East and Brittney Sherrill (both are River Valley alums and Sherrill was first runner-up to Miss Three Oaks).