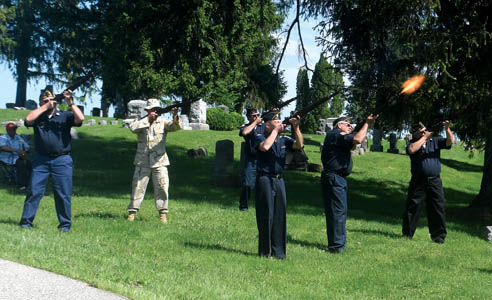 Members of Three Oaks American Legion Post 204 fire a salute to those who gave all defending America’s freedom during a Memorial Day ceremony held May 25 in Forest Lawn Cemetery. 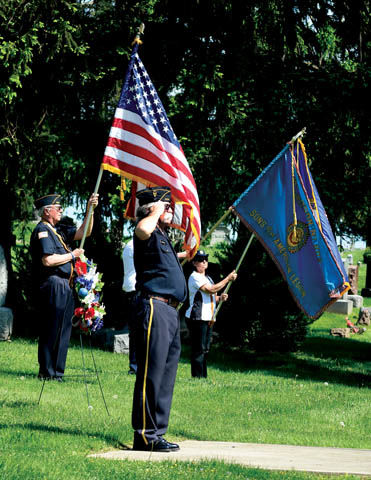 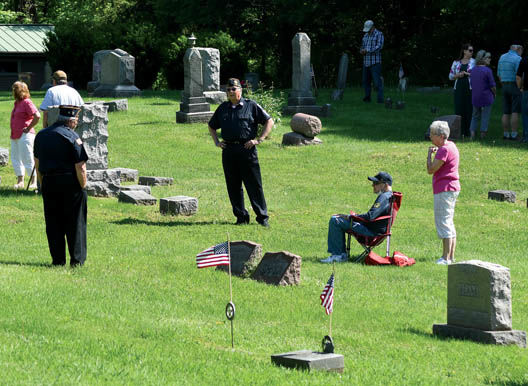 Socializing at a distance in Forest Lawn Cemetery prior to the May 25 Memorial Day ceremony. 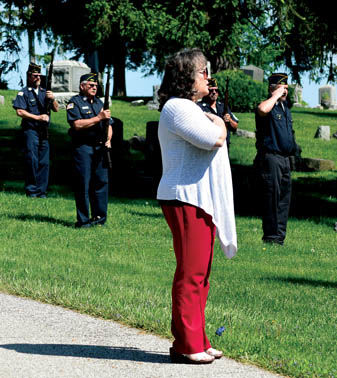 Members of Three Oaks American Legion Post 204 fire a salute to those who gave all defending America’s freedom during a Memorial Day ceremony held May 25 in Forest Lawn Cemetery.

Socializing at a distance in Forest Lawn Cemetery prior to the May 25 Memorial Day ceremony.

THREE OAKS — The traditional Memorial Day service at Forest Lawn Cemetery in Three Oaks was held Monday, May 25, in an abbreviated fashion.

Pastor Rich Zeiger of Real Life Church led off with a prayer that began “Heavenly Father we thank you for the privilege of being here today to honor the dead, to honor their sacrifice and their service.” He later noted that “there is a soldier that has given himself for us. There is a sailor, an airman, a Marine, who has laid down their life in sacrifice for those of us here … May we live up to those ideals, may we honor their sacrifice.”

His wife, Shelly Zeiger, then sang the National Anthem.

Three Oaks American Legion Post 204 Commander Mike Shannon said “As true Americans we come to honor those who have allowed us to be here today.”

“On this Memorial Day we acknowledge that freedom is not free, and remember those who gave their life for the defense of freedom. We owe them the highest regard, respect and honor, and the assurance that their commitment to this nation’s freedom shall never be forgotten.”

Shannon also acknowledged those in attendance who have lost a loved one in service.

“We are humbled by your sacrifice, as we know they are great. And we commend the demonstration of courage and strength you have no doubt shown throughout the most difficult of times.”

He concluded by saying, “We have shown that no one, nothing, nada, can stop us from being patriots in America.”