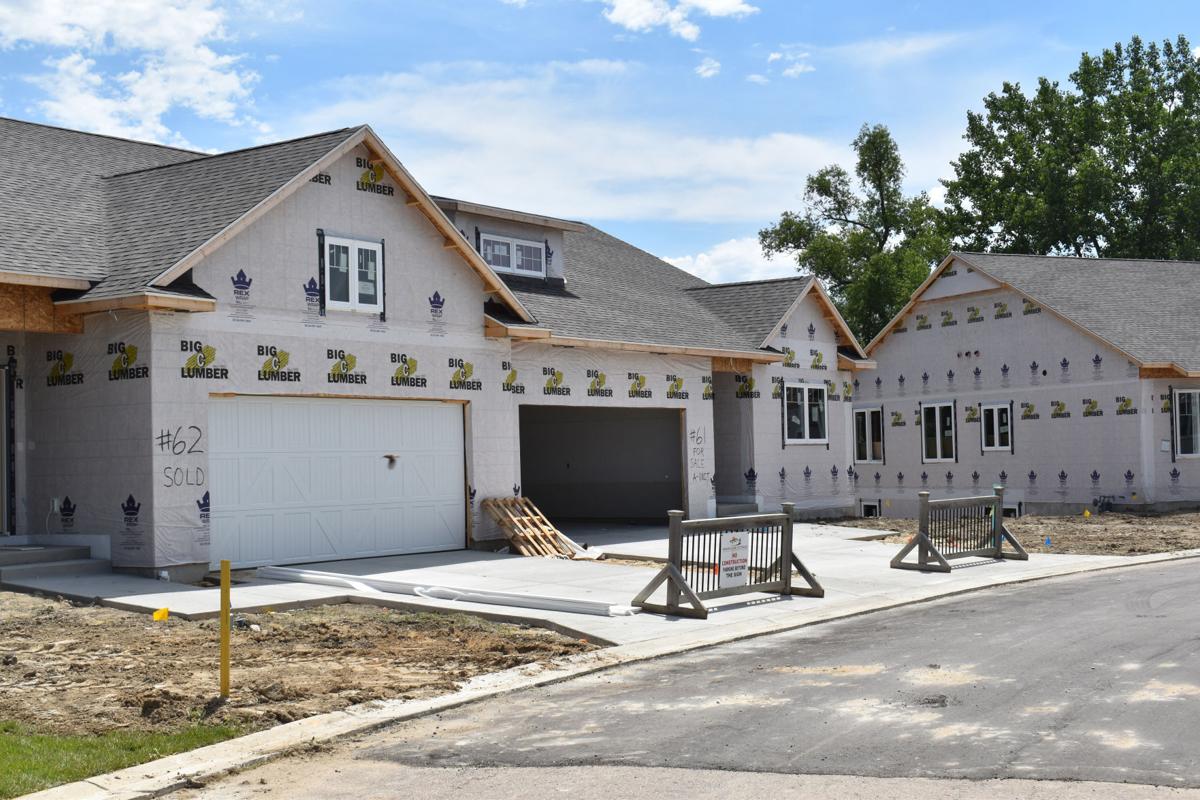 Maiden Lane Cottages is a 55-plus adult community in Lincoln Township, which is being built by Fenner Homes. Fenner said material and labor shortages have made building difficult. 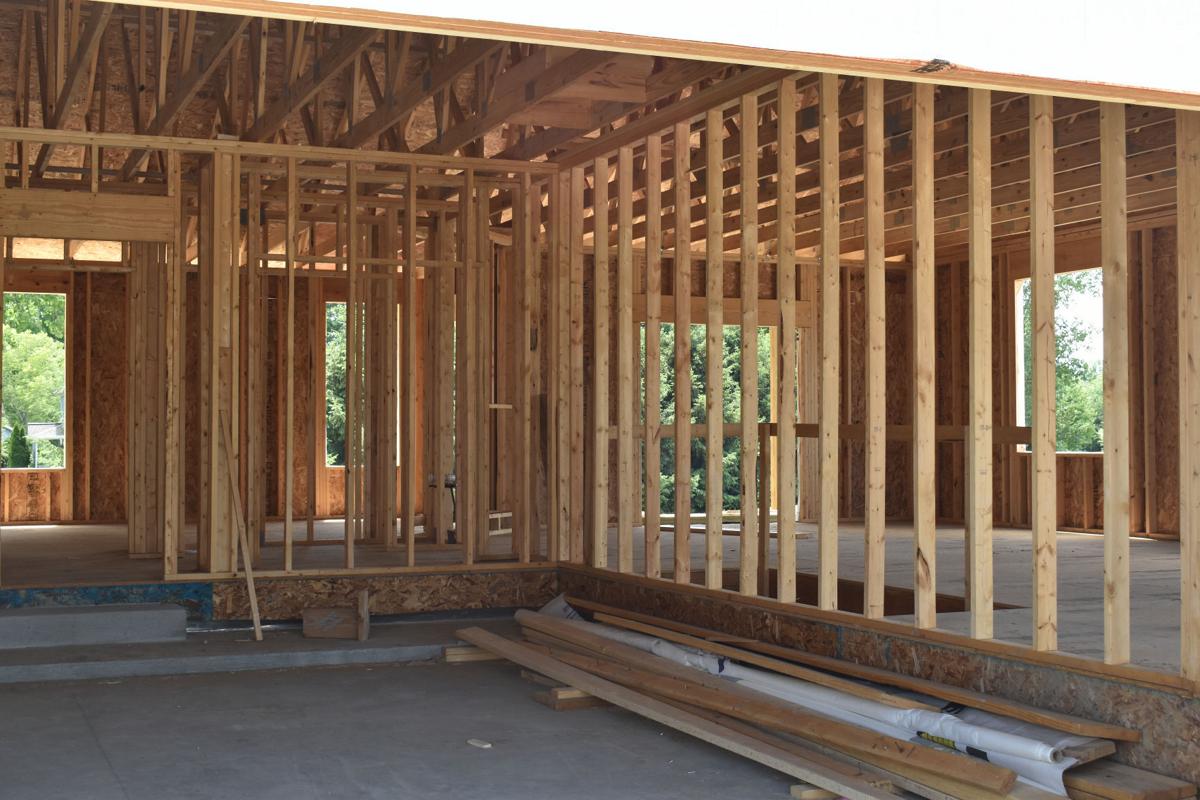 Labor shortages in the trucking industry mean that some shipments of lumber are available, but no one is around to deliver them.

Maiden Lane Cottages is a 55-plus adult community in Lincoln Township, which is being built by Fenner Homes. Fenner said material and labor shortages have made building difficult.

Labor shortages in the trucking industry mean that some shipments of lumber are available, but no one is around to deliver them.

If anyone says they know what’s going to happen within the lumber industry, they’re lying.

According to a recent Wall Street Journal report, after a year of unprecedented growth, lumber futures have dropped 41 percent from their peak of $1,711.20 per thousand board feet.

“It does give us hope that the future lumber prices will start to drift downward,” said Big C Lumber President and CEO Bill Wallace.

Big C Lumber is based in Granger, Ind. with multiple lumber yard locations in Southwest Michigan. Their clientele is largely comprised of contractors who do new home construction and remodeling.

But Wallace is cautious to make predictions.

“Nobody saw it coming,” he said. “Nobody can tell you when it’s gonna stop.”

It’s a potential drop that Baroda builder Joshua Schmidke said he thinks will make customers looking to build more comfortable – but the high prices haven’t scared away any customers.

Schmidke Construction and Contracting LLC does custom homebuilding and remodeling for high-end clients. His customers have not put off projects because of high costs, Schmidke says.

Multiple local builders and lumber yard executives echoed Schmidke’s sentiments: this is the busiest – and toughest – timeframe the home construction and remodeling business has been in their decades-long careers.

And the lumber market isn’t making it easier.

Demand is consistent for all homebuilding materials, said Greg Fenner of Fenner Homes in Berrien Springs. However, lumber has seen the most extreme price increases, as supply has consistently limped behind demand.

Fenner Homes does both custom and speculative homes. The contractor has also built condos, apartments and small businesses.

The source of the supply shortages goes back to the beginning of the COVID-19 pandemic, said Big C Lumber Vice President of Purchasing Bill Kuminecz.

“When the pandemic broke out, a lot of the manufacturers thought the economy in general was going to go in the tank,” Kuminecz said.Fearing the worst, lumber mills scaled way down on production. When demand rose, they were caught off guard. A year and a half later, lumber production has not caught up, Kuminecz said.

Kuminecz said during the height of the pandemic, many mill workers get sick, further slowing production. Like many industries, mills now are suffering from labor shortage.

“It’s not that there aren’t trees to cut down,” said Dale Erny, owner of Erny Builder in Benton Harbor. “It’s that there are no guys to cut the trees down.”

Even at mills where there’s product to ship, shortages of truck drivers mean that suppliers can’t deliver. In order to fill a recent shipment, Schmidke had to pull from two lumber yards.

Lead times are growing for all building materials, and Fenner said materials like windows, light fixtures, plumbing, paint and dry wall are back-ordered for weeks.

The lumber price gains has made it difficult to predict pricing for homes, builders said.

According to Kuminecz, during the worst of the price jumps, Big C could lose money by honoring quotes that were just over a week old. Some of their suppliers wouldn’t give them a price until the time of shipment. These retroactive price increases were at times 10 percent higher than when they originally placed the order.

Schmidke said one of his suppliers upped their price on cedar by 25 percent six weeks after he originally got the quote. The only explanation, Schmidke said, is price gouging.

Although builders like Fenner and Schmidke have been able to navigate this market without losing money, Fenner said many of his peers have gotten stung on jobs, where lumber costs have outpaced what was projected just a few weeks prior.

“The builders are about as fed up as we are,” Kuminecz said.

More than anything else, builders said labor shortages were the biggest hurdle for their businesses.

Wallace pointed to the younger generation’s lack of interest in the trades. “The kids these days don’t feel like it’s the job for them,” Wallace said.

Erny said normally, hourly wages grow by 50 cents yearly. This past year, he raised the hourly wage by $5. It still hasn’t attracted new workers. Erny is 70 years old. In order to get help for a site he was working on, Erny had to call up a friend who is 76 years old.

“I can handle lumber prices doubling. I can’t handle not having skilled labor to do the work,” Erny said. “When I talk to the lumber companies, they tell me the same damn thing.”

Likewise, Schmidke said he gets two calls a week from Chicagoans looking to move or build a second home in Southwest Michigan. In the past, he’d get three or four of these calls a year. Finding workers to staff these projects is impossible.

“Those are two things that shouldn’t coexist,” he said.

Coupled with the materials shortage and high demand, the lack of workers has builders tearing out their hair.

“Now we have twice as much work, we’re trying to do it with half the labor force, because they have left the workforce, and we’re doing it with a broken supply chain,” Fenner said.