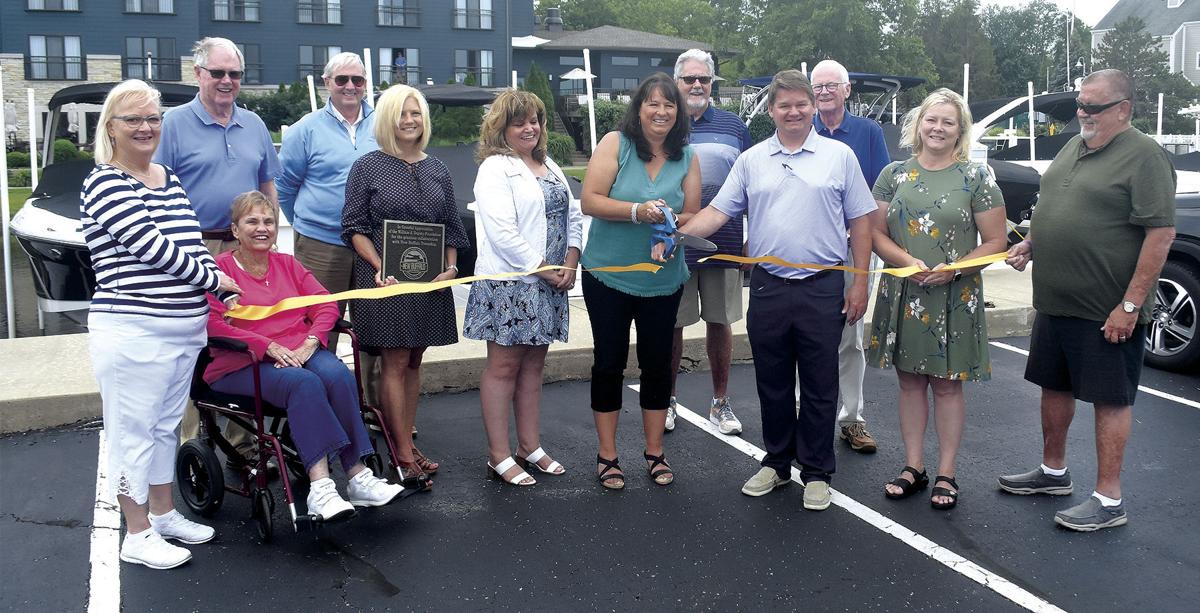 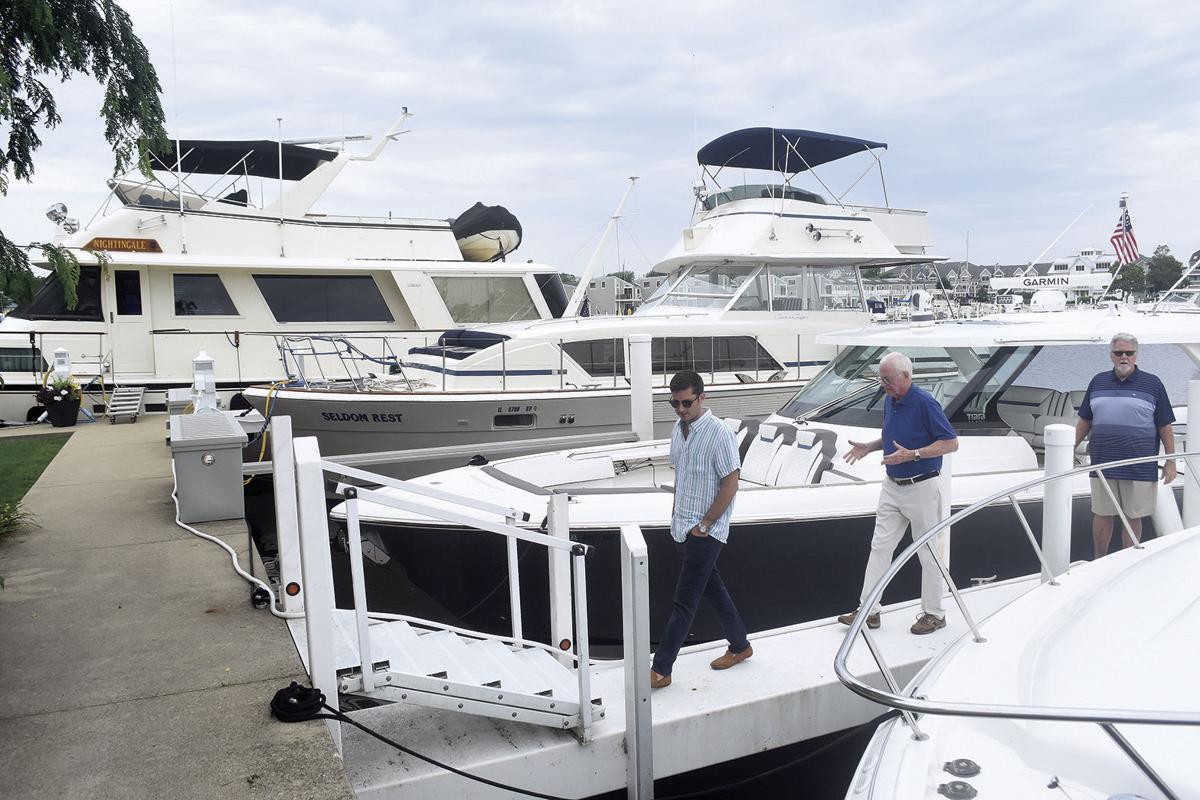 Some of the 26 boats that are docked at Pleasure Isle Marina. 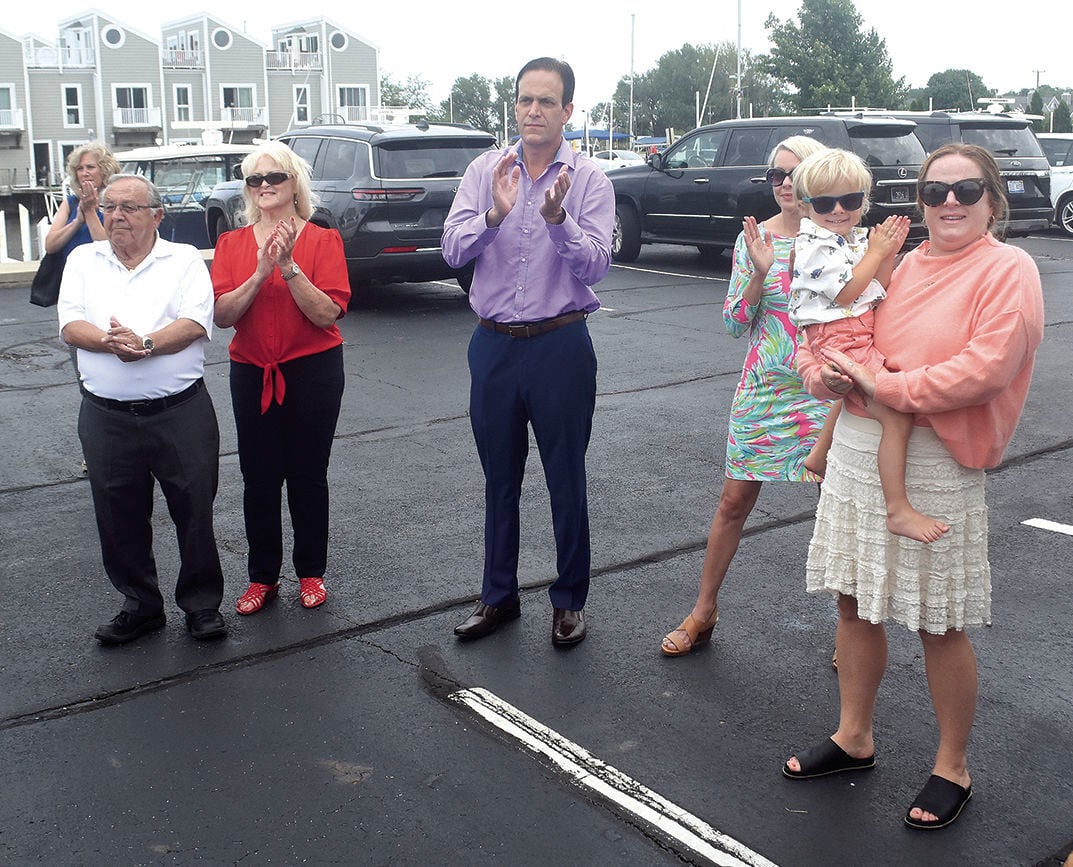 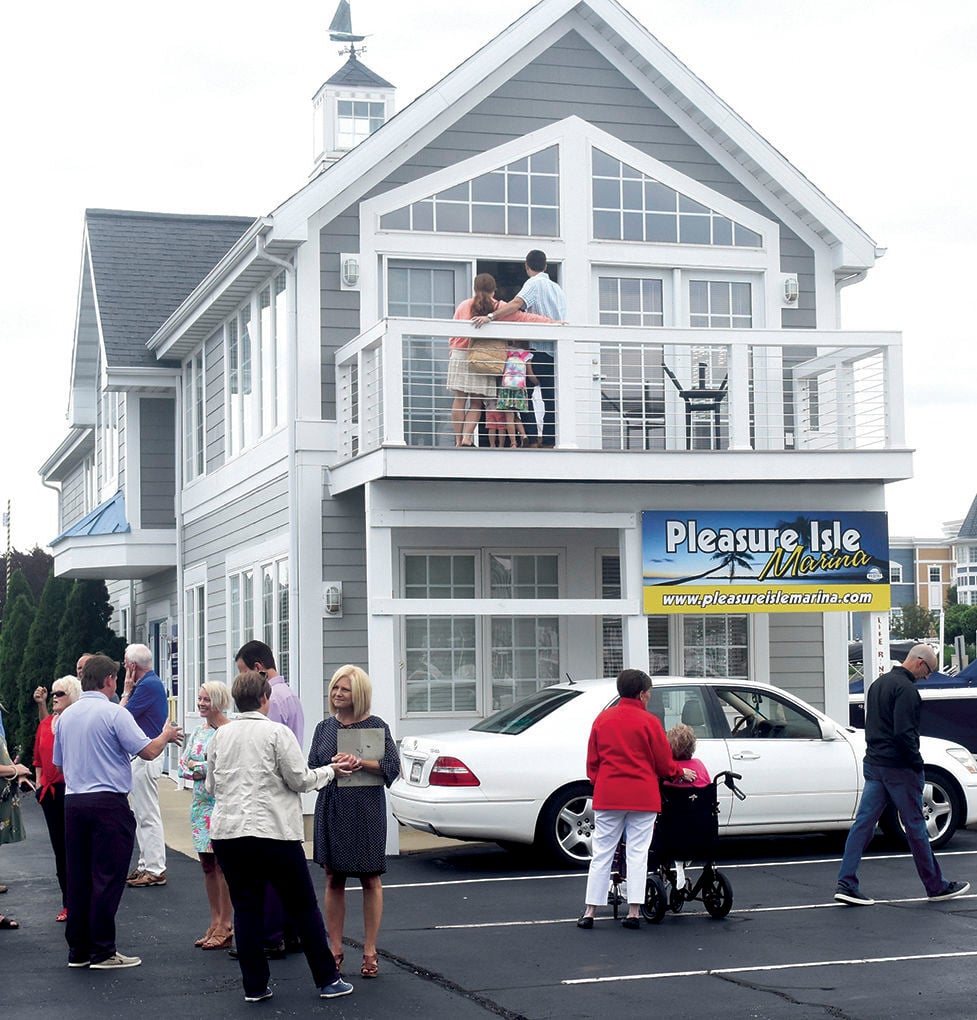 The three-unit building at Pleasure Isle Marina in New Buffalo

Some of the 26 boats that are docked at Pleasure Isle Marina.

The three-unit building at Pleasure Isle Marina in New Buffalo

“We’re here to celebrate a generous spirit in my Uncle Bill, and what he built for the community, and what his vision was,” said John Deputy, speaking on behalf of the William J. Deputy Foundation.

He said Bill would have been 77 years old today (July 10) “so we’re proud and excited to be able to do this today.”

Bill Deputy passed away in 2008 following “a courageous battle with cancer.”

The New Buffalo Township Board finalized the township’s purchase of Pleasure Isle Marina on Dec. 17, 2020, and hired Julie Flick as marina manager during its Dec. 21 meeting.

A boater herself, Flick was the Berrien County Sheriff’s lieutenant who headed the New Buffalo Township patrol until her retirement in June of 2020.

The marina (including 28 boat slips and the first floor of a two-story building on the property) was purchased by the township from the William J. Deputy Foundation for $500,000 (to paid off over six years). The marina’s value has been estimated at $3 million with estimated annual revenues of $136,000.

John Deputy also thanked New Buffalo Township Board members Michelle Heit (supervisor), Judy Zabicki, Patty Iazzetto, Jack Rogers and Pete Rahm “for asking all of the right questions, and for your unbelievable, timely response to our unrealistic timeline and deadline.”

“It was crazy, but I think your unanimous vote really showed us that we found the right partner that shared our vision and what we wanted to accomplish and gave us confidence,” he continued.

Deputy said Heit shared with him that her family has lived in this area for well over 100 years.

“I can see why this area doesn’t want to lose your family.”

He called Flick “a guardian angel that Bill has put here for us to manage this marina,” adding that he is confident she will be a wonderful caretaker of Pleasure Isle Marina for many years.”

“I know that Bill would have thoroughly enjoyed each one of you that I just mentioned because you are people that make things happen, and get things done. You’re not rhetoric and politics.”

Flick said the Marina is a testament to Bill Deputy’s legacy as a sharp businessman and a very generous person.

“I know many years ago Bill, along with the late Bob Hotovy and Arie Donkersloot (who attended the July 10 ceremony), had a vision for a first class marina and the goal wasn’t to be the biggest marina in New Buffalo, but their goal was to be the best marina,” Flick said. “They built a top-notch facility for the boaters here in Harbor Country, and New Buffalo Township would like to continue on that mission.”

She said the first half of 2021 has been spent learning about the marina, thanking Donkersloot for “answering my many, many phone calls and texts as to how the marina runs and operates.”

John Deputy said this is the largest donation the William J. Deputy Foundation has made in its 13-year history.

“It’s significant to our family that we can do something in Bill’s chosen hometown of New Buffalo, at a place that he built really for New Buffalo that gets returned to New Buffalo and will benefit for many years to come with the proceeds. It just all connected the dots and we are so thankful we found the right group of people to work with, and we had the right advisers to work with to make this all happen.”

New Buffalo Township Supervisor Michelle Heit thanked the the William J. Deputy Foundation and the Deputy family one behalf of the Township Board.

“This generous collaboration will benefit New Buffalo Township for decades. Bill’s love for this area is evident and we hope to honor his memory with everything we do with this marina and the proceeds from it.”

“I want to thank the foundation and the Deputy family for coming to us with this offer. We work quickly to do our due diligence, and somehow finalized the sale in a matter of a few weeks.”

Heit also presented a plaque honoring the Deputy Foundation’s generosity that will be displayed at the marina.

Prior to the ribbon-cutting ceremony, Flick said Pleasure Isle Marina has 28 slips with 26 boats since there are vessels at the end of the peninsula that take up two slips.

“We have a mix of day boaters that come to use the smaller ski boats, and then we have the larger boats that you can sleep on and stay on. Some of the boaters have been here for a week now with the holiday.”

Flick said there are two new boaters renting slips at the marina this year – although plenty of others would like to join them.

“We have a very long waiting list,” she said.

Flick said some of the renters have been keeping their boats at Pleasure Isle Marina for more than 10 years.

She has been taking care of the landscaping at the marina, which includes a greenspace with flowers, trees, tables, a grill and a harbor view that all of the boaters can use.

She said the first floor of the Pleasure Isle Marina building is split between a rented office and an air-conditioned space for boaters to use that includes four bath rooms with showers, and a washer and drier. The upstairs is a condo still owned by the William J. Deputy Foundation.

During the ceremony Flick said “first-class WiFI wireless access” will be installed at the marina so boaters can stay there and work. A remote door and security system for the building also are planned.”

She noted that her son was first mate on a charter boat docked in Pleasure Isle Marina last year and he told her “it’s the best marina in New Buffalo.”