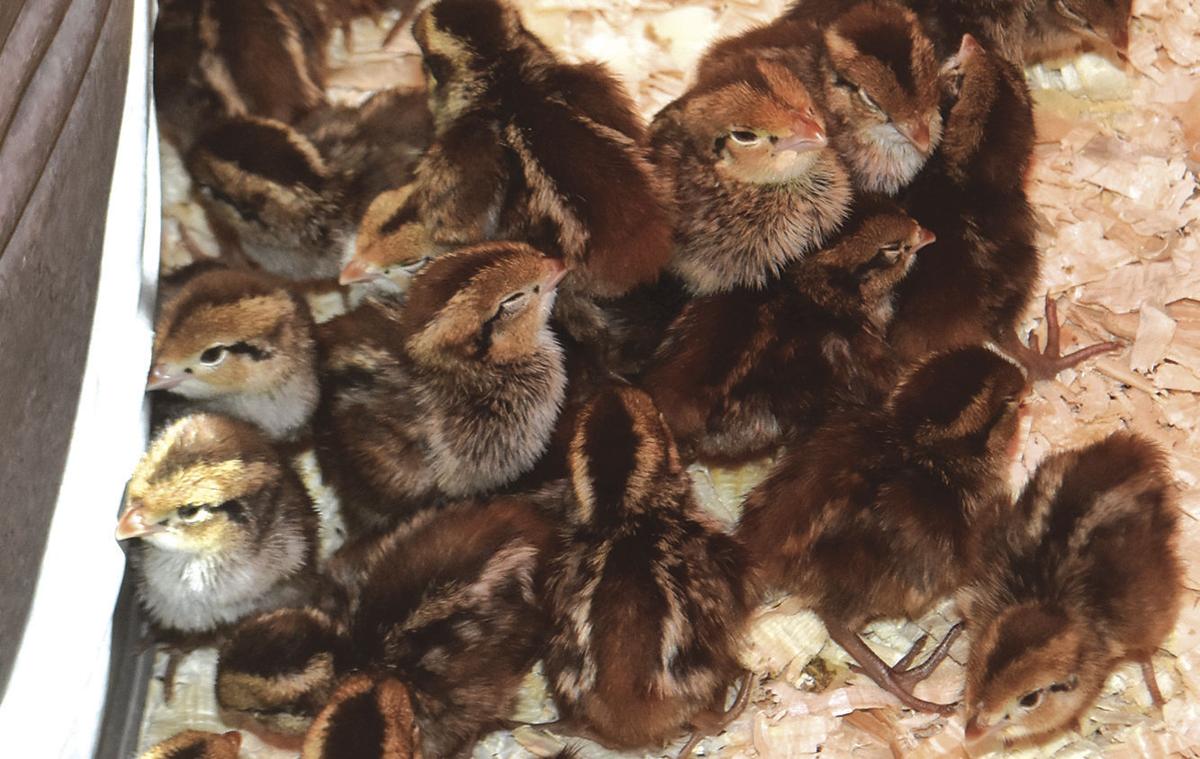 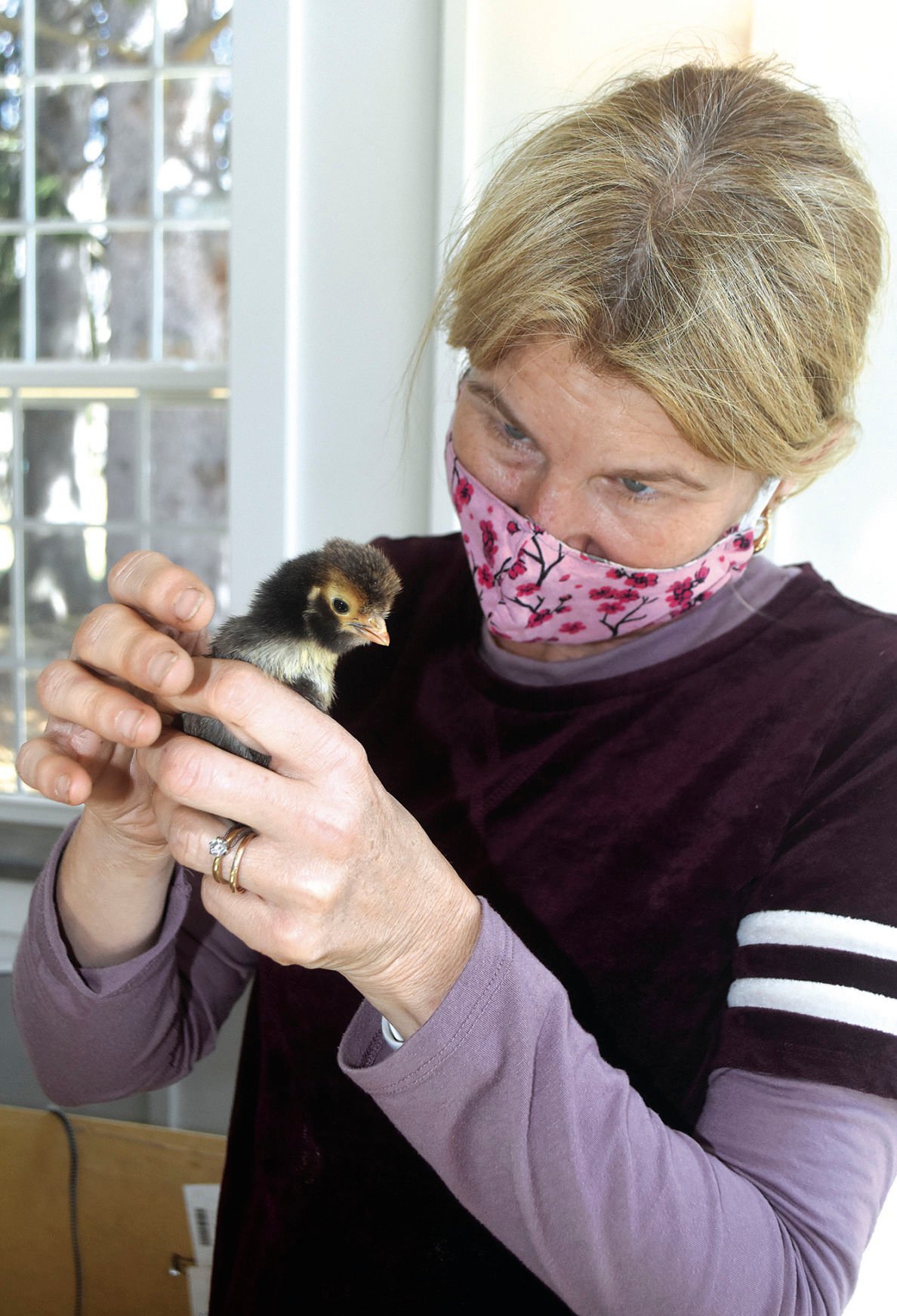 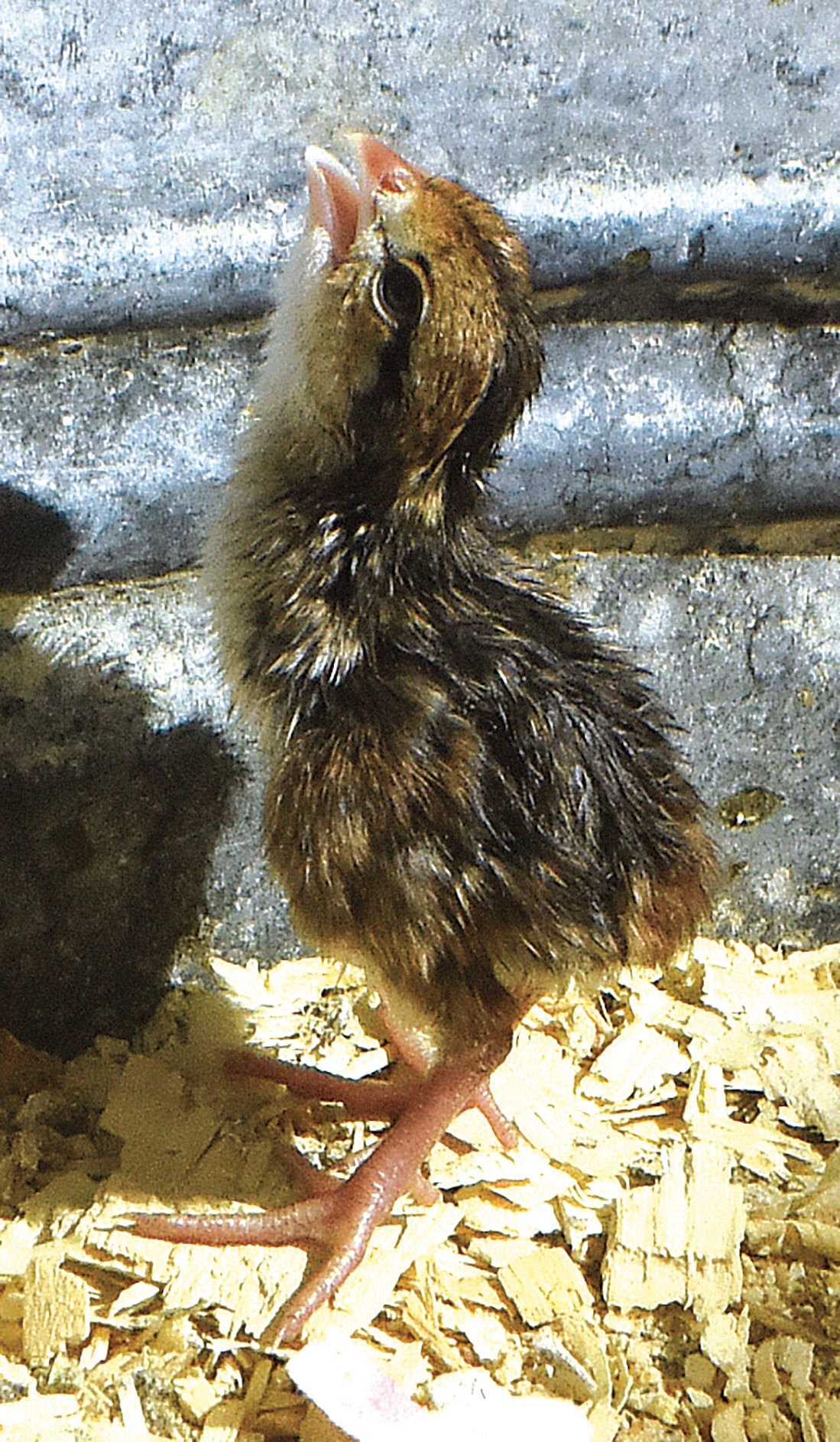 A Northern Bobwhite Quail chick sings under a warming lamp at Goldberry Woods on April 2. 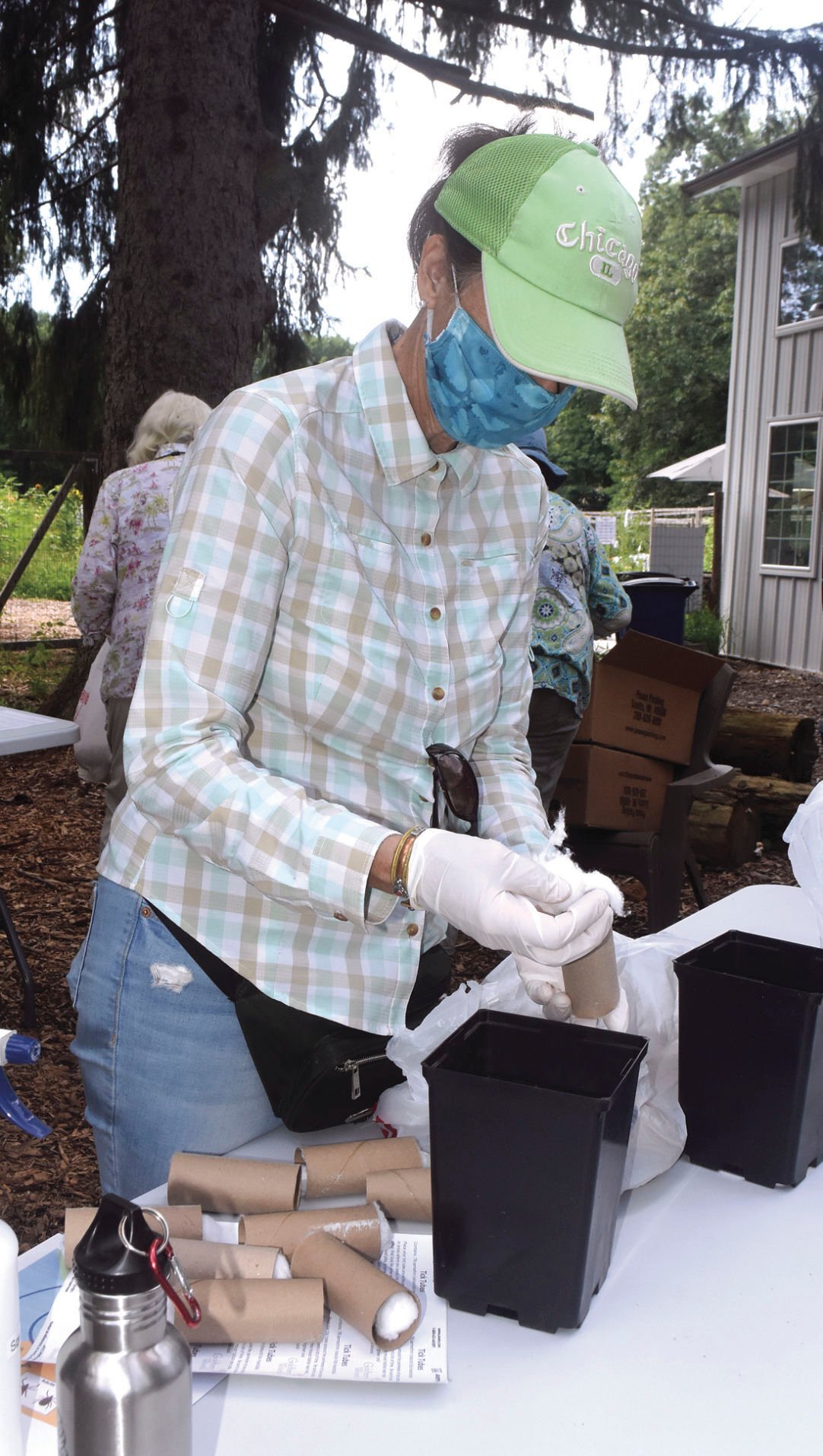 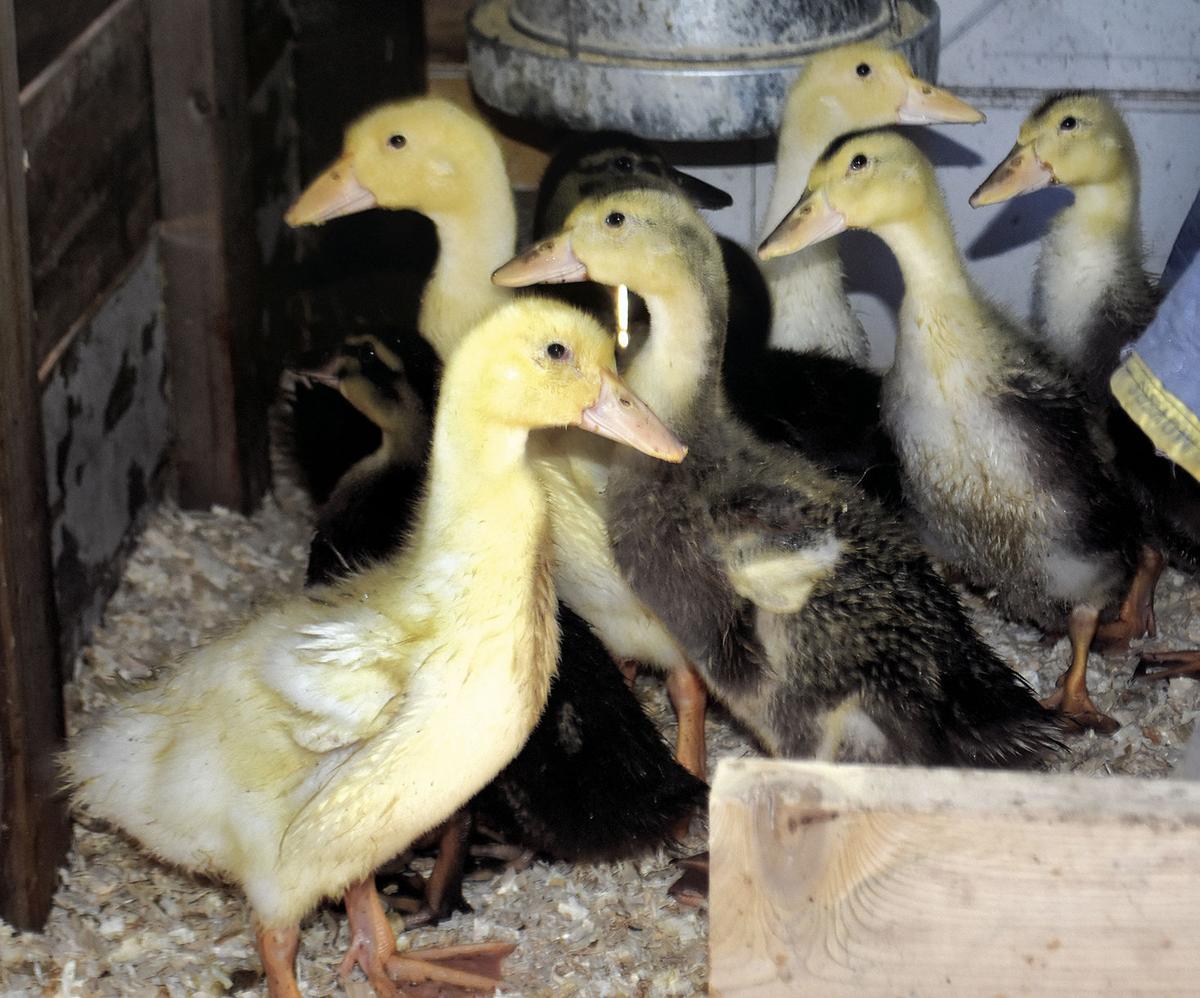 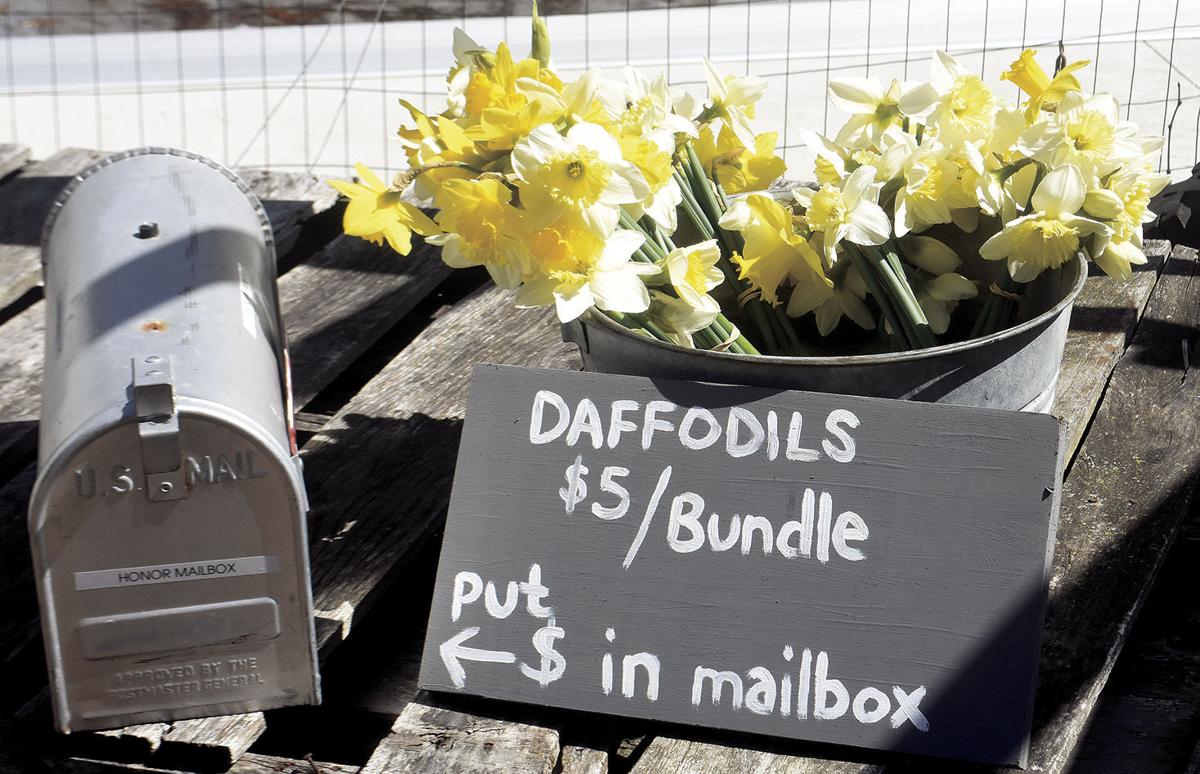 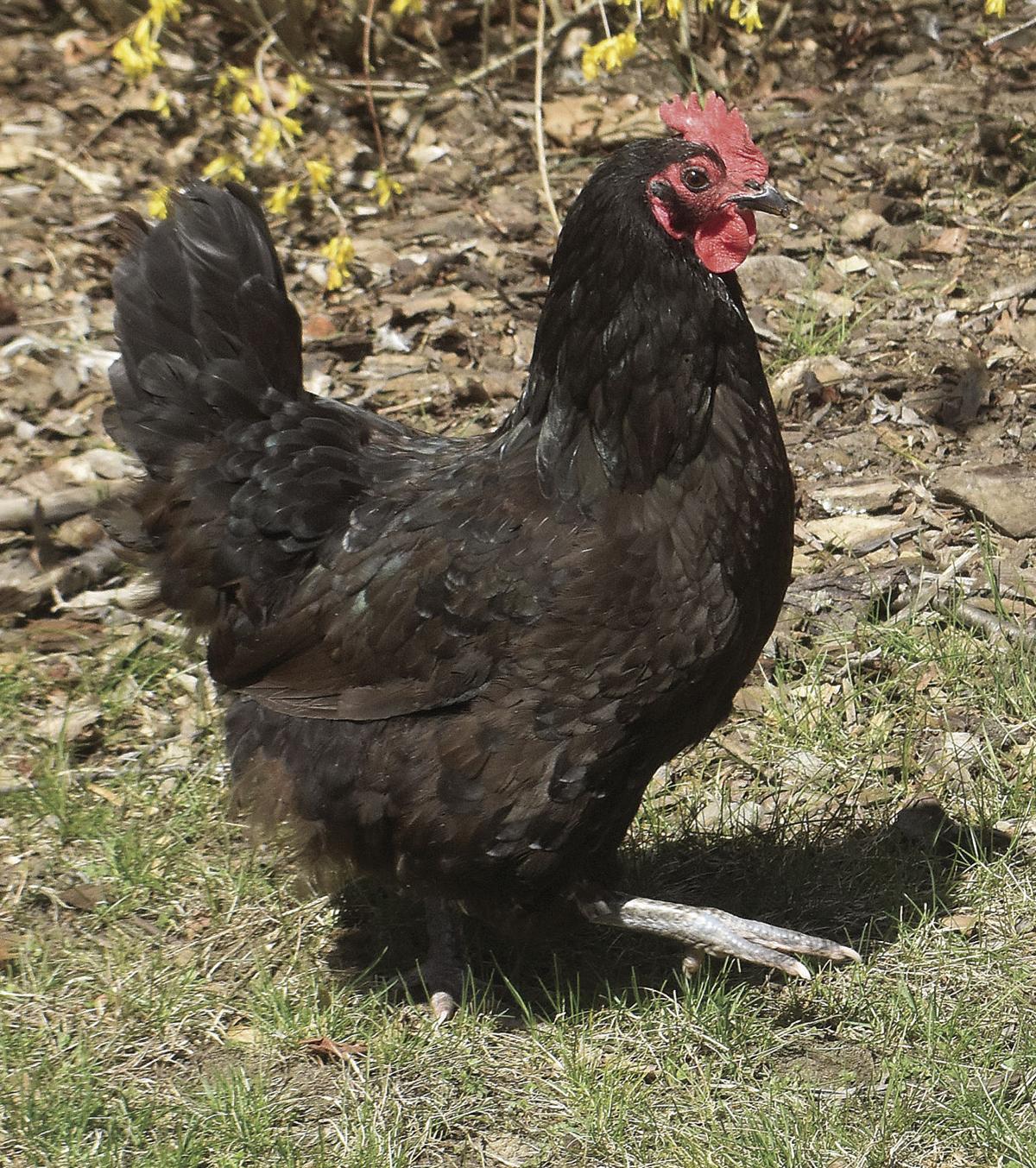 A Northern Bobwhite Quail chick sings under a warming lamp at Goldberry Woods on April 2.

UNION PIER — There are dozens of new (and newly hatched) residents at Goldberry Woods in Union Pier.

More than 40 hatchling Northern Bobwhite Quail are being raised at the Bed & Breakfast/organic farm (located on 30 acres along the Galien River at 9902 Community Hall Road in Union Pier) as part of an ongoing effort to take action against Lyme Disease, which is spread by ticks.

“By releasing Northern Bobwhite Quail, putting out tick tubes, and hosting free Tick Tube Workshops for our community, we are hoping to dramatically reduce our own tick population,” a post on the Goldberry Woods blog states.

Innkeepers Julie and Eric Haberichter have been hosting free Tick Tube Workshops for the community during which cardboard tubes filled with cotton balls treated with the insecticide permethrin are assembled to be placed outside where mice will use the cotton for nesting material. The insecticide, commonly used on horses and dogs, doesn’t harm the mice but kills the tiny nymph-stage ticks that normally feast on them (a single mouse may host up to 150 ticks).

“We put out 3,000 tick tubes on this property,” Julie said, adding that Goldberry employee Brooks Culpepper has become an expert in “thinking like a mouse” to place the tubes.

“We’re giving a nice little flea and tick bath to all the mice on our property,” she said.

Julie Haberichter and her daughter both have battled Lyme Disease (contracted before they moved to Michigan).

She said the Bobwhite Quail project was inspired by the ongoing efforts of field biologist Eric Powers to release the native quail in Long Island which began in 1999 and soon led to a drop in the observable number of ticks.

“Here at Goldberry Woods we are embracing Powers’ passion for fighting the tick population with these ground-nesting birds. It presents an opportunity to not only avoid using chemicals, but also to help return a once widespread species back into the environment,” the blog post states, adding that natural populations of bobwhite quail have declined by 85 percent from 1966 to 2014 due to habitat loss and the introduction of house and barn cats.

Julie said they bought an incubator and recently began the process of raising Bobwhite Quail from eggs.

“We’re hoping to release many of them around June 15th,” she said, adding that they will keep some females and about three roosters to provide eggs for Goldberry Woods’ Farm to Table Breakfasts.

Haberichter said if the 2021 Bobwhite experiment goes well she would like to get more people in the community, including school children, involved in repopulating the area with the ground birds.

Living with the baby Bobwhites under heat lamps is a recently hatched Celadon Coturnix Quail (more are expected to hatch soon). These larger birds, which are not native to this area, will all be laying eggs for meals at the Inn.

Also laying eggs at Goldberry Woods are chickens and ducks, and new additions to those flocks also are growing up in heated spaces at the farm. Among the varieties are (chickens) White Pearl Leg Bar, Red Star, Americana, and Gold Crested Polish, and (ducks) Pekin, Rouen and Silver Appleyard.

“We’re just really starting to get to the point where our organic farm is where we want it to be and we’re starting on management of our woods,” she said.

The Goldberry Woods farm (which includes an orchard) produces a wide variety of produce ranging from peaches, apricots and gooseberries to melons, squash, tomatoes and peppers.

This year we’re adding a lot more cut flowers because we do weddings and retreats here,” she said.

For those not staying at Goldberry Woods some of the yields from the organic garden are available at its market stand, which will soon be based in a converted vintage camper complete with air conditioning.