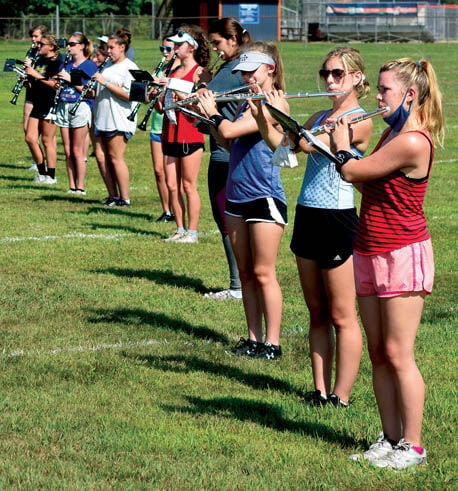 Members of the Spirit of Bridgman Marching Band practice the “We Believe” show during the July 29-31 Band Camp held at Bridgman High School. - photos by David Johnson 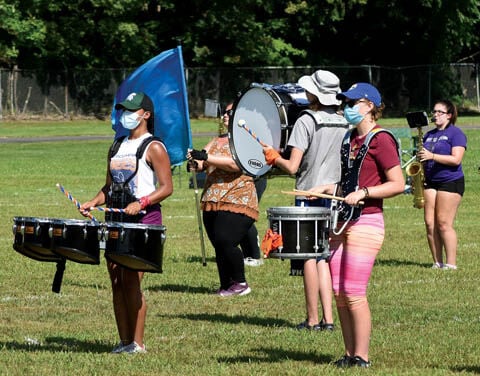 Keping the beat for the Spirit of Bridgman Marching Band on Friday, July 31. 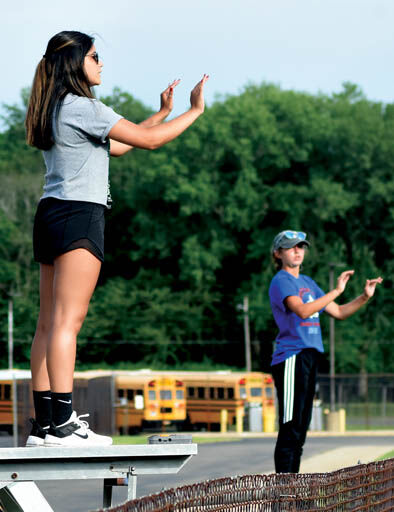 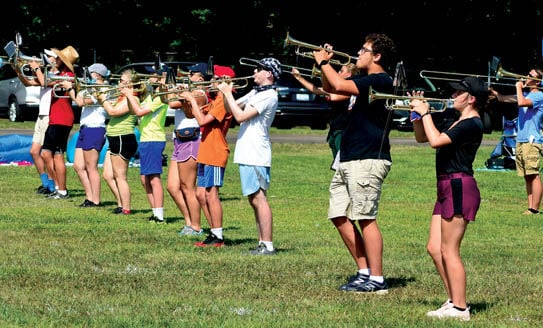 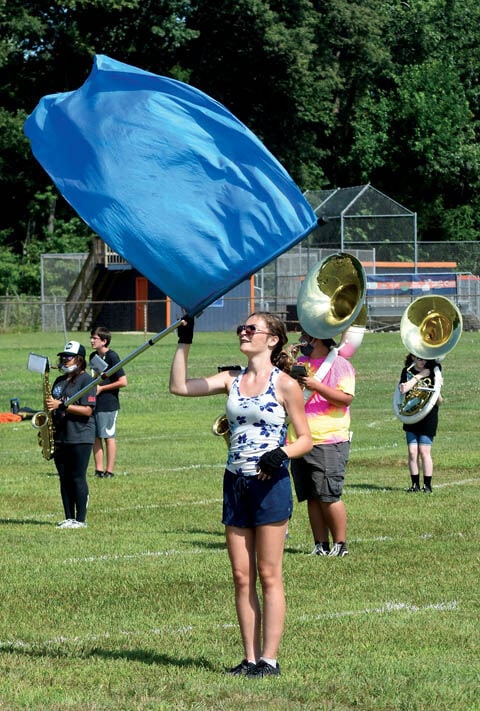 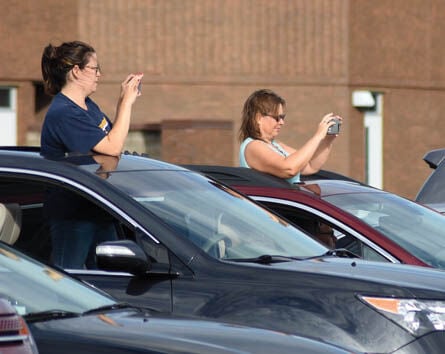 Recording a “We Believe” show performed on the evening of Friday, July 31. 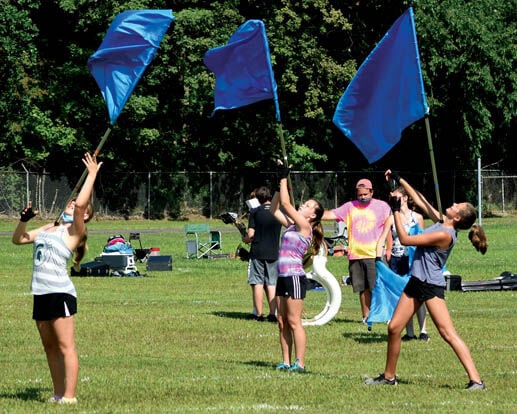 Members of the Spirit of Bridgman Marching Band practice the “We Believe” show during the July 29-31 Band Camp held at Bridgman High School. - photos by David Johnson

Keping the beat for the Spirit of Bridgman Marching Band on Friday, July 31.

Recording a “We Believe” show performed on the evening of Friday, July 31.

BRIDGMAN — Although details of how the fall high school band season will unfold is a work in progress, the Spirit of Bridgman Marching Band took a giant leap into that unknown with a three-day band camp held July 29-31.

Band Instructor Cliff Reppart said the three-day camp has demonstrated to him “how important it is to be together and make music.”

“Even if we go back online in the fall, this has been an oasis in these kids’ lives that have been flipped upside-down,” he said.

Although it was the normal week for Bridgman band camp, Reppart said the traditional five-day, overnight-stay at Tower Hill in Sawyer was not possible in the year of COVID-19.

“Instead of a full week we’ve gone down to three days … It’s a day camp only here at Bridgman High School,” he said.

Reppart said the band’s drill was designed to keep everyone at least six feet apart, and members started learning the drill apart from each other rather than in large groups.

“We have a very detailed safety plan … we’re at band camp with masks and we’re having a great time.”

The Spirit of Bridgman Marching Band’s shortened 2020 show is “We Believe.”

“It’s a hopeful message that we’re going to get through this pandemic and that tomorrow can be a brighter day,” Reppart noted.

The opener is Journey’s “Don’t Stop Believin’” (which the band marched and played twice on Friday evening for groups parents and friends looking on from cars).

“Part of our thought process is that in the fall playing outside in marching band is the safest place for 65 kids to play,” Reppart said, adding that practicing music inside “has different challenges with a group this size and a band room our size.”

Reppart said that as of July 31 schools have been told that marching bands will not be performing at football games. He said marching band competitions “have not been uniformly canceled, but they’re likely to cancel.”

“If we go back (to in-school classes) in the fall, we are going to be looking for creative performance opportunities,” he said.

During the first of two drive-in shows on Friday evening, Reppart said it was probably the coolest weather even for band camp. He also thanked band camp volunteers and staff.