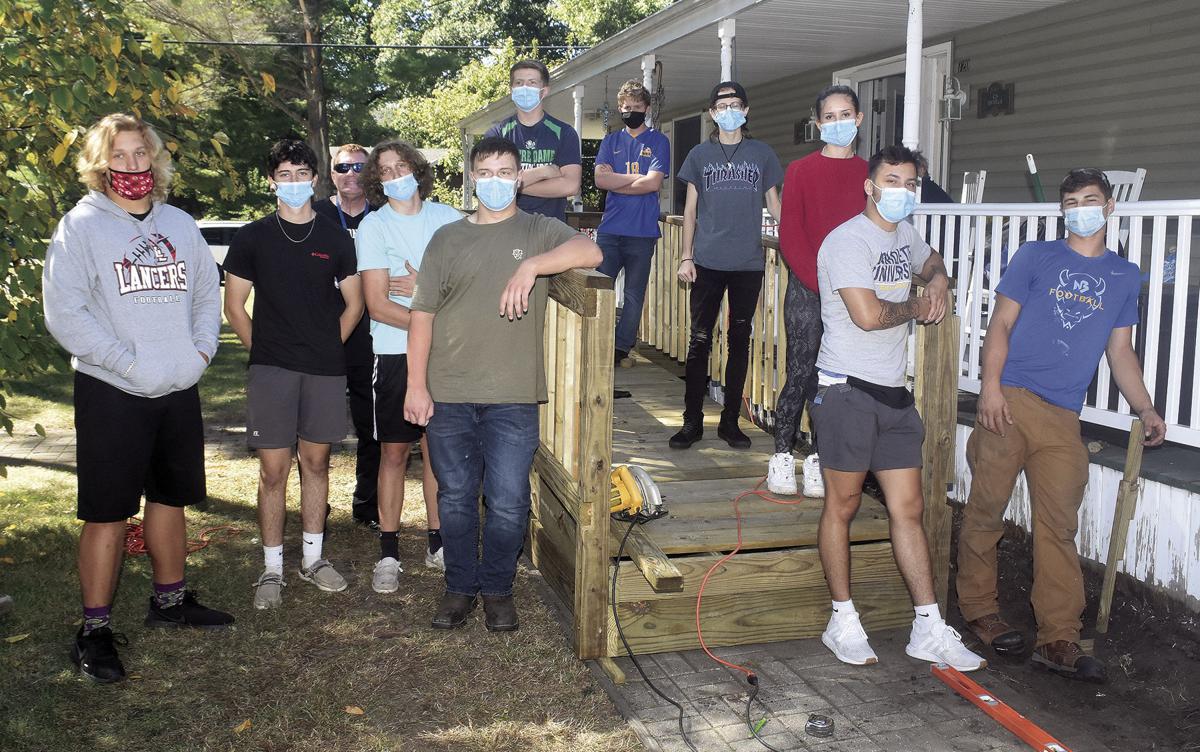 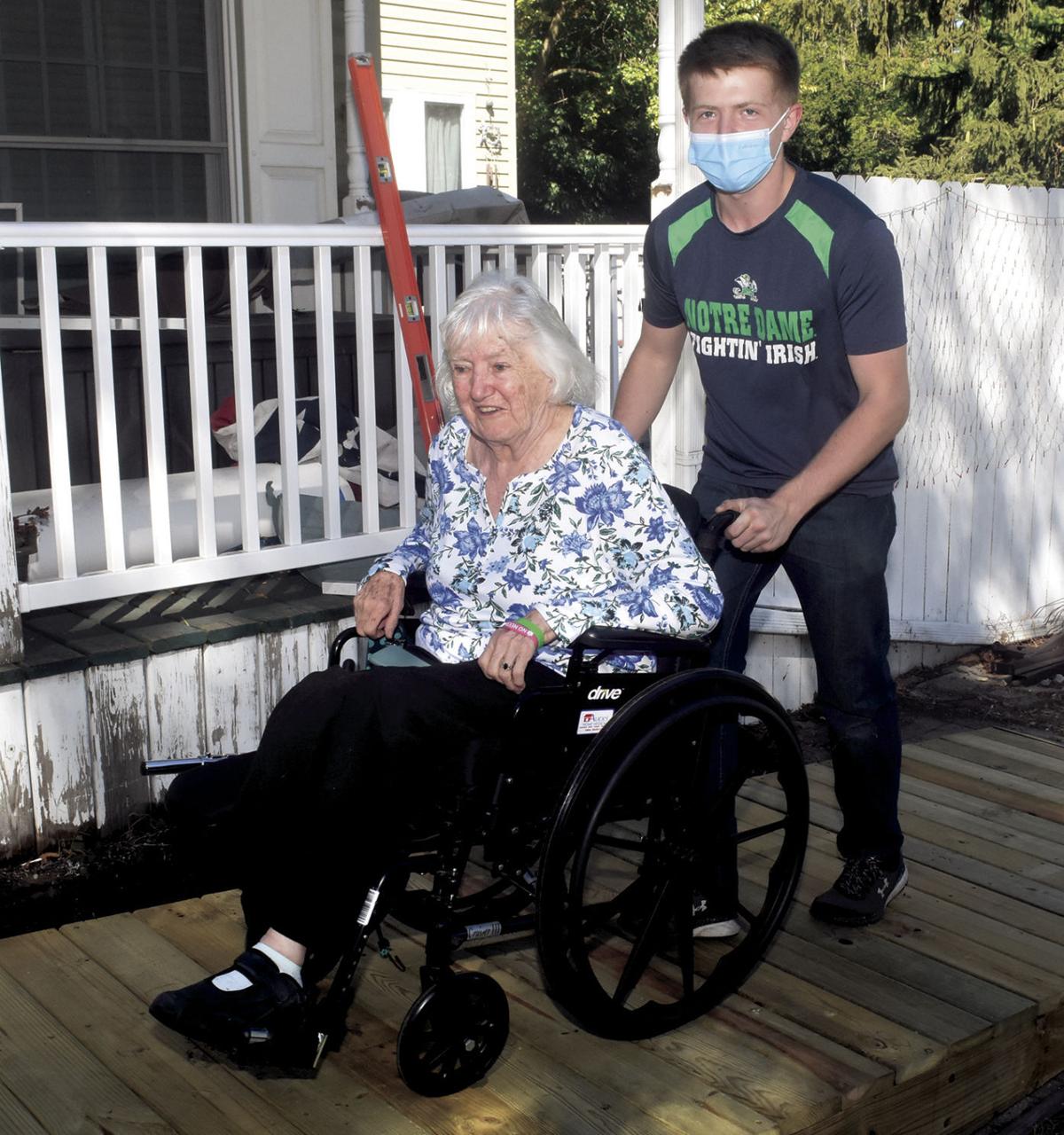 Catherine Baumann tries out the new ramp at her home with help from Building Trades student Matthew Fidler. 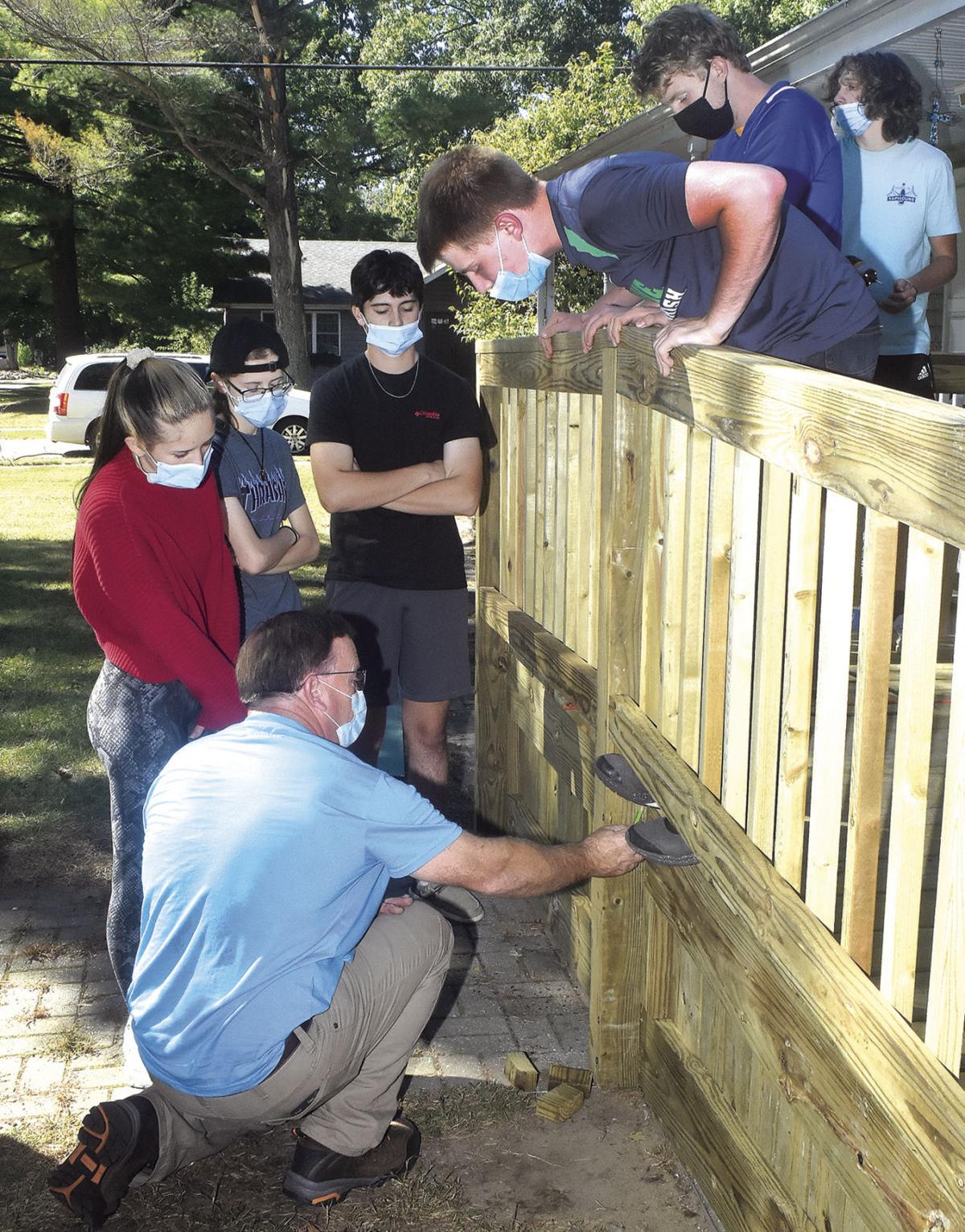 Robert Hughes (front) works on the ramp being installed at a home in New Buffalo while (from left) Nurija Kanaci, Emily Knowlton, Hunter Carrington, Matthew Fidler, Christoper Mejia and Cody Williams look on. 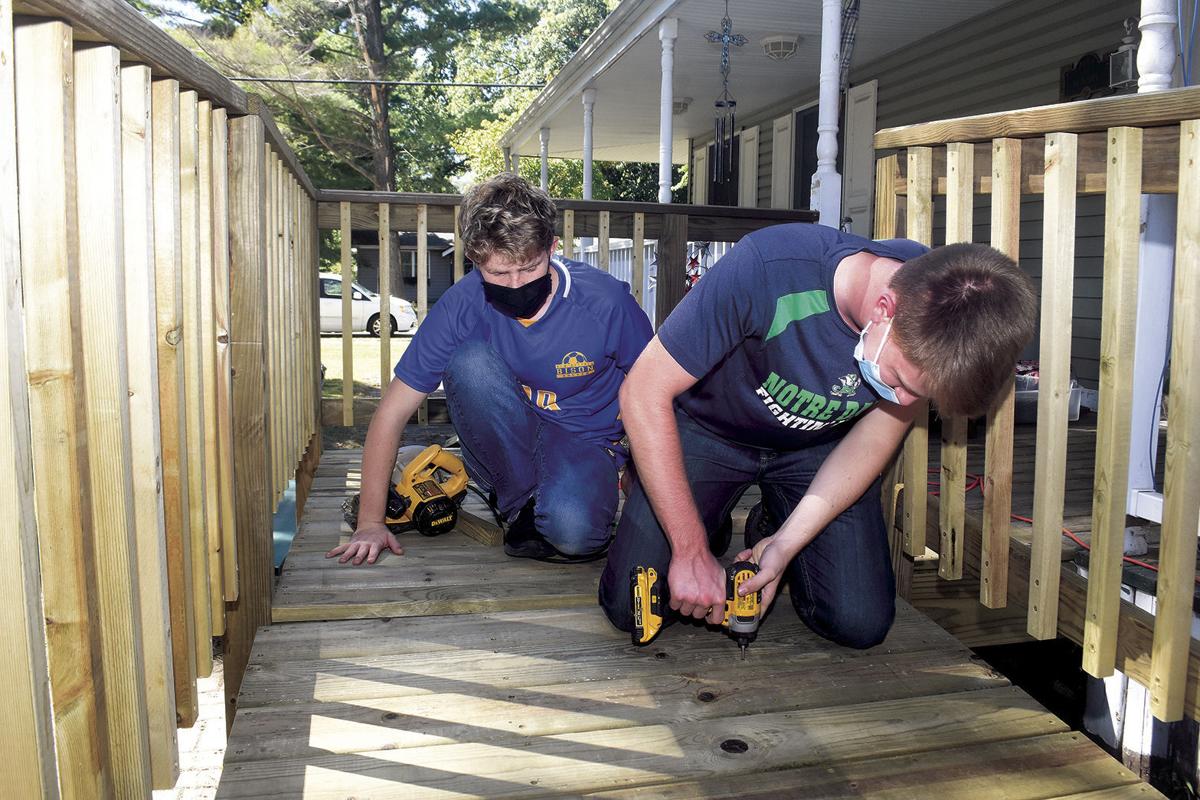 Putting the ramp together.

Catherine Baumann tries out the new ramp at her home with help from Building Trades student Matthew Fidler.

Robert Hughes (front) works on the ramp being installed at a home in New Buffalo while (from left) Nurija Kanaci, Emily Knowlton, Hunter Carrington, Matthew Fidler, Christoper Mejia and Cody Williams look on.

Putting the ramp together.

NEW BUFFALO — Students from the Building Trades program at New Buffalo High School are working to make sure local residents have improved access to their homes.

The effort was spearheaded by local service agency Neighbor by Neighbor after four homeowners (all facing difficulty getting in and out of their houses) called to ask for ramps to be built at their homes.

Leslie said the district recently closed on a donated property on Cody Street where the next Building Trades home will be built, but some excavation work and paperwork is likely to push the start of that project back – so the ramp projects are taking place at the perfect time.

He said the Building Trades Program is looking to construct homes of about 1,400 square feet in the $225,000 price range to provide the area with more needed affordable housing.

Hughes said the Building Trades Program normally builds one house per year from the foundation all the way up to final trim work.

The next step for Neighbor by Neighbor was to find funding for the lumber needed for the ramps. Kohring said Big C Lumber stepped up again to give a discount.

“The Pokagon Fund and Harbert Community Church, as well as private donors, contributed to help cover the $2,600 cost per ramp. The City of New Buffalo Building Inspector gave a break on the permit that was needed for the ramps in the city,” she said.

“It is important for the students to not only learn about building, but how to contribute to their community through doing important projects for people,” Hughes said.

She said Harbert Community Church will be providing partial funding for the cost of materials through its Helping Hands Fund.

A group of students from the afternoon Building Trades class (Garrett DeHaven, Hunter Carrington, Cody Williams, David Fairchild, Matthew Fidler, Christoper Mejia, Emily Knowlton, Nurija Kanaci, Kaden Parmley and Andrew Flick) helped get major components of the first ramp in place on Sept. 28. The ramp had been built in sections and transported to the home in New Buffalo.

Hughes said some of the students are using their experience in Building Trades to go into apprenticeships, trade schools and universities. He said this year’s students also will be observing the new construction going on at the high school, at the adjacent STEAM building, and pavilion.

After the ramp was in place enough to be stable on Sept. 28, Catherine Baumann gave it a joyful test drive (with help from student Matthew Fidler).

“I’m just overwhelmed by this,” she said, adding that both Hughes and her mother were both from Liverpool. “So there seems like a little bit of divine intervention around here.”

Kohring said the remaining three ramps will be installed soon – one at another home in New Buffalo and the other two in Three Oaks Township.

Neighbor by Neighbor connects the vulnerable residents of Southwest Berrien County with resources and services to address immediate needs, while facilitating greater independence through targeted programs and services. The organization also mobilizes the community to build networks of mutual service and care through volunteer participation. For more information, visit neighborbyneighbor.org or call 269-225-5792.

Kohring said Neighbor by Neighbor has been dealing with an increasing number of homeless people in the area recently, adding that she is concerned that rent increases at a local manufactured home park will add to the problem.