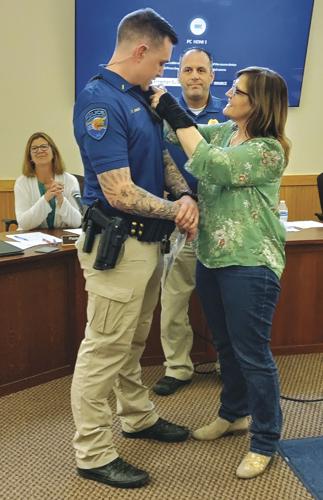 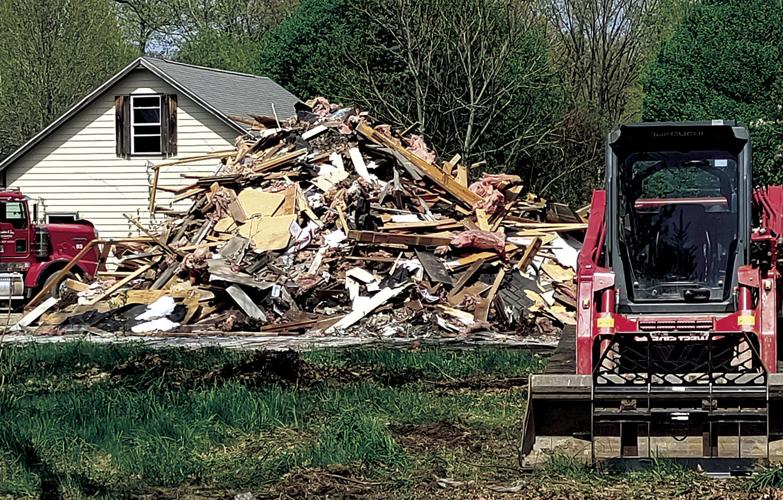 The former Riviera Gardens building in Union Pier on May 12 after being demolished to make way for the Union Green development.

The former Riviera Gardens building in Union Pier on May 12 after being demolished to make way for the Union Green development.

HARBERT — The Chikaming Township Board during its May 12 regular meeting unanimously approved a library services agreement that keeps the current three facilities open to local residents.

The board also declined an offer of an undeveloped property to be used as a park in Union Pier, and heard many opinions regarding the Union Green development in that same community.

Township Supervisor David Bunte presented a revised one-year library services agreement beginning July 1, 2022, and ending June 30, 2023, that he said would have the “library services of all three (Bridgman, New Buffalo and Three Oaks) … actually work jointly – our residents would not to have to pay a service fee for each library. Also, the $25 card if they were to get it in New Buffalo or Three Oaks, you could use either of those libraries and also the Bridgman Library.”

Bunte went on to note that penal fines will continue to be split between all three libraries and the township will pay each institution $10,000 for the year.

Once the new agreement ends, Bunte said township officials would decide the next steps, which could include “a voter referendum for the public to decide on whether or not a millage would be associated with our residents’ for any library services.”

He said all three libraries had agreed to the tentative agreement.

Board Trustee Rich Sullivan asked if Chikaming residents were to get their library card in Bridgman (which is not charging a $25 non-resident fee), would they have access to “the full use of the library and the reading room” (including reciprocal borrowing) at the New Buffalo and Three Oaks libraries?

“I want it in our record that we are telling our people if you go get a card in Bridgman, you positively are allowed to go to New Buffalo or Three Oaks and use their services,” he said

Bunte said he is positive that the scenario laid out by Sullivan is allowed under the proposed agreement.

Township Board members also expressed the hope that the libraries will keep track of how many Chikaming residents utilize their services for the year.

After several members cited restrictions such as naming rights, the Township Board voted 5-0 to refuse an offer by Alan Witt to donate a quarter-acre parcel located at the northeast corner of Berrien and Isobel streets for use as a public park. The township also plans to send a letter of appreciation for the offer.

“I just think that some of the conditions that are imposed here are more than the township can handle,” said Treasurer Liz Rettig. “We are stretched on our budget to the limits as it is … Any piece of property is going take future money.”

Sullivan said he feels there are too many unanswered questions and too many strings attached.

Bunte said the long-term financial implications have to be taken into account despite supporters of the proposed park saying they will donate time, effort and money.

The Chikaming Park Board voted 4-3 in favor of recommending the township accept the donation during its April meeting.

Speaking in favor of accepting the donation was Park Board member Steve Ellis, who said local experts have spoken highly of the quality of trees and the site. He also said community support is strong as evidenced by the “many letters” he has forward to township officials.

Leah Sherman, who said she has lived across the street from the proposed park site for 25 years, mentioned “the importance of that natural habitat both to the animals in the area and to the people.” She later said “I don’t know if there will be a piece of land available in Union Pier for that to ever happen again.”

Rich Augustyniak, another neighbor of the parcel, began his public comments by mentioning that a park would mean strangers would be walking around near his back yard, forcing him to install a fence. He then said he has been trying to get the property sold to his daughter.

Some of those speaking against the park proposal mentioned concerns over deeded beach rights being infringed upon by visitors to the park.

Several speakers also mentioned their opposition to a basketball court at the site.

The Township Park Board during its Nov. 22, 2021, meeting had agreed to reject the inclusion of a Bank-Shot Basketball court from the proposed land donation.

The board on May 12 officially approved the promotion of Police Sergeant Brandon Jones to the rank of Lieutenant.

“He’s done such a great job that I’d like him to be my right-hand man,” said Police Chief Todd Taylor, adding that he trusts Jones to the run the department if he’s away or unable.

And the Township Board on May 12 tabled taking action on the following proposed changes to corridor standards language of the Union Pier overlay zoning district as recommended by the Planning Commission: “Residential may be allowed in the rear 50 percent of the floor, however the front 50 percent must be for commercial use for buildings along Red Arrow Highway;” and “Commercial first floor shall extend for the entire width of the front of the building as viewed from Red Arrow Highway.”

The existing language does not specify Red Arrow Highway in the first sentence and ends the second sentence with “as viewed from the adjoining public street.”

During public comment the idea of making more extensive changes to zoning rules with an emphasis on limiting allowable density was raised.

Sullivan read a letter from former Planning Commission member Grace Rappe which included her assertion that the proposed amendment to the zoning ordinance would facilitate a development in the Union Pier Corridor District “that is inconsistent with the Chikaming Master Plan, the Chikaming Zoning Ordinance and the expressed desire of Union Pier residents.

The public comment portions of the May 12 meeting focused heavily on the Union Green condominium development, which received site plan approval from the Planning Commission on May 4. These included:

Barb Price said she doesn’t think the Union Green project would have “brought out a storm” if it was more in keeping with two neighboring developments along Goodwin Avenue.

Pijus Stoncius claimed that the Union Green development violates state building codes and asked the Township Board to vacate or rescind the Planning Commission’s approval immediately.

Basia Klincewicz said ”You’ve got a whole bunch of people in Union Pier right now angry and grieving for their neighborhood,” before finishing her three-minutes of allotted time by observing a moment of silence.

Fran Wersells said she believes the Planning Commssion’s review of the Union Green proposal was cursory and superficial.

Suzanne Koenigsberg said she was “very disappointed with the leadership of the township for allowing this project, Union Green, to proceed.” “This project offers absolutely no benefit to our community, none, in terms of what we value most here – the quiet, the absence of car and people congestion, and the absence congestion art our beaches.”

Also on May 12, the Chikaming Township Board:

Received a report from County Drain Commissioner Christopher Quattrin on the Tiffany Drain project in the Lakeside area which local residents have petitioned to have done. Although he said the petittonscame back quickly, Quattrin said getting all of the required easements can be a lengthy process. The Township Board then approved the petition. The next step is a board of necessity meeting.

Approved hiring Laura Hooker as as a part-time Medical First-Responder for the Fire Department (she has 16 years of EMT experience).

Agreed to apply for Michigan Townships Association grants that would be used to acquire Watchguard cameras for the Police Department (at a cost of about $3,000 for two cameras).

OK’d fireworks applications for displays at Woodlawn Beach on July 2 and Chikaming Country Club on July 3.