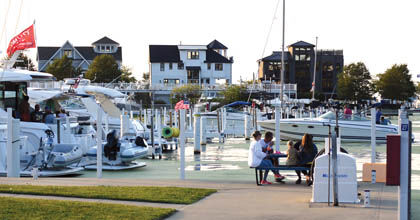 A view of the New Buffalo Transient Marina on Saturday evening, Sept. 5. 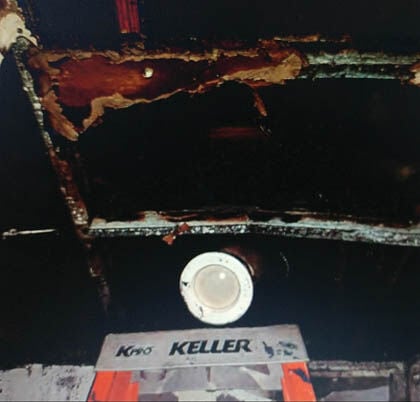 A view of a damaged ceiling inside the New Buffalo Transient Marina building. 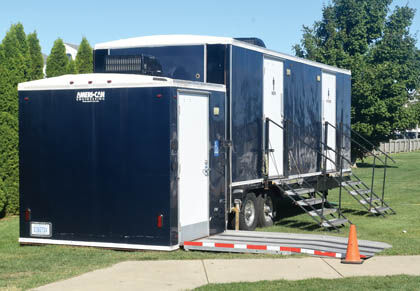 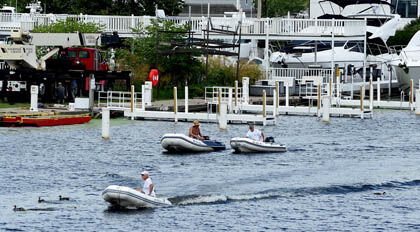 A view of a section of the New Buffalo Transient Marina in mid-July when raised and renewed docks were being installed.

A view of the New Buffalo Transient Marina on Saturday evening, Sept. 5.

A view of a damaged ceiling inside the New Buffalo Transient Marina building.

A view of a section of the New Buffalo Transient Marina in mid-July when raised and renewed docks were being installed.

NEW BUFFALO — The New Buffalo City Council approved having temporary rest rooms and an office trailer set up at the city's Transient Marina through Oct. 15 during a special meeting held Wednesday morning, Sept. 2.

The marina's office building, which also contains rest rooms, was damaged in an Aug. 27 fire.

According to a property claim/incident report filed by the city with the Michigan Municipal Risk Management Authority (MMRMA): Witnesses noticed smoke coming from the roof vents of the marina building at approximately 0800 hours (8 a.m.) on 8/27/20. They called 911 and when Fire Department arrived, the found an active fire in the ceiling/attic of the building. They extinguished the fire and controlled damage to the property. PD (police department) witnessed an obvious burnt ceiling exhaust fan in the men's bathroom that was the cause of the fire.

The City Council voted 4-0 on Sept. 2 to have Joy's Johns or United Rentals provide the rest rooms and office (contingent on being able to have the facilities in place by Labor Day weekend, which board members agreed would be the busiest and most important period of the six weeks).

During a Sept. 3 Parks/Harbor Commission meeting, Parks Director Kristen D'Amico said the staff at the marina were using the office (which was ventilated via screens on both sides as of earlier that day) to field phone calls and make reservations without letting anybody else in.

"We managed to get power to the office and power to all the pedestals (at the boat slips), so we have shore power and water," she added.

D'Amico said the rest rooms are nice and spacious, although there are no showers (a detail she said is noted on the DNR website where boaters register).

It was noted during the Sept. 2 meeting that MMRMA has agreed to provide temporary restrooms and an office trailer at the marina until October 15, 2020, with the costs being reimbursable through the insurance firm.

The cost of the office trailer was not available during the meeting, although it was noted that that too would be reimbursed by insurance.

Speaking during the Sept. 3 Parks/Harbor Commission meeting, City Manager David Richards said he had not heard what happened with the portable office.

"I don't see one there … fortunately it's close to the end of the season," he said. "I would like to get the office, we're going to keep working on it."

The property claim/incident report filed with MMRMA cited the following damage from the Aug. 27 blaze: Fire in ceiling and attic of building and water damage from Fire Department putting fire out. Ceiling of bathroom burned/destroyed, burnt roof trusses, smoke damage.