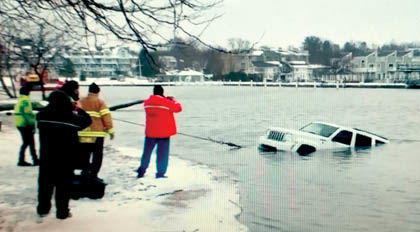 A Jeep is pulled from the Galien River near New Buffalo's public beach on the morning of Saturday, Jan. 18. 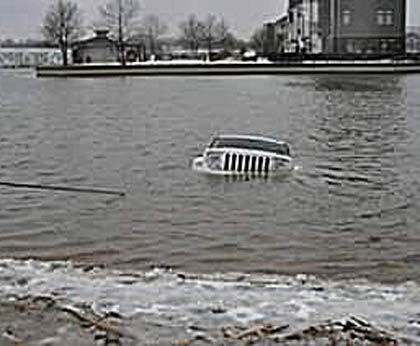 Emerging from the depths.

A Jeep is pulled from the Galien River near New Buffalo's public beach on the morning of Saturday, Jan. 18.

Emerging from the depths.

NEW BUFFALO — The New Buffalo City Police Department released the following information on a Jeep that was removed from the Galien River near New Buffalo's public beach by Roger's Wrecker Service on the morning of Saturday, Jan, 18:

Last night (1/17/2020) around 7 p.m. Officers were dispatched to a water rescue near the City Beach. Officers arrived on scene and found that a subject was traveling on Marquette and failed to make the turn onto Whittaker Street, proceeding straight over the sidewalk and sand area, and into the Harbor.

The driver (and sole occupant) was able to escape the vehicle, and was assisted to shore by witnesses on scene.

Alcohol is considered to be a factor in the accident and no serious injuries were reported.