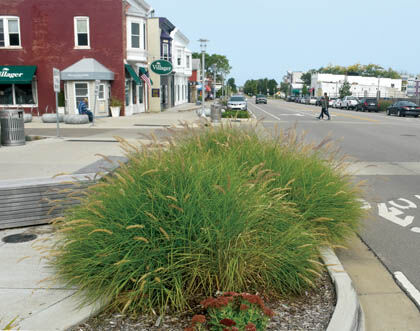 Plant beds are a major component of the downtown New Buffalo streetscape, which made its debut two years ago. 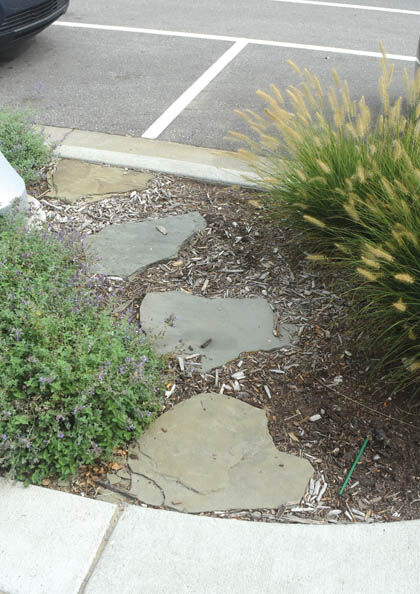 Some of the existing stepping stones designed to keep people from trampling plants in downtown New Buffalo.

Plant beds are a major component of the downtown New Buffalo streetscape, which made its debut two years ago.

Some of the existing stepping stones designed to keep people from trampling plants in downtown New Buffalo.

City Manager David Richards said city officials have noticed that some of the foliage in planters downtown looked looked to be struggling while others were "doing wonderful," adding that there also are bare spots in portions of the two-year-old streetscape project.

Tony McGhee of Abonmarche said some of the plants didn't take as expected, adding that Nature's Way is replacing those for free. He said the rest of the issue is the result of "people trampling through."

McGhee said after spending some time downtown observing how people are moving and where they are cutting through, the recommended changes include adding some stone blockages and walking paths through plant beds, and replacing plants that have been destroyed by pedestrians (with more plants than the original plan).

"This isn't like an every two year thing you would expect to do. This should get you in good shape … for several years down the road," he said.

Kathy Burczak, senior landsape architect with Abonmarche, said the many of the colorful plants put in two years ago can't take a lot of trampling (which she witnessed during a weekday visit).

She said the proposed plan to improve the situation includes boulders in areas at the edge of plant beds close to the sidewalk, steppers and adding more lush plantings including taller grasses and flowering hibiscus.

Richards said the estimated price of $9,384 is a "cost we need to consider."

"We certainly can't continue with it looking the way that it does. We have large areas where there is just bare ground," he said.

Burczak said hopefully people will respect the plants when the steppers are in by going an additional five to ten feet.

"I think it's partly an education process that the public needs to understand … any new plantings, let them get established and take that extra minute and walk an additional five steps around them," she said.

Burczak noted that some plants have been replaced after the last two winters due to first a polar vortex and then very little snow cover. She said the hot summer of 2020 also has been hard on some of the plants.

DDA members also talked about ongoing efforts to have AT&T take steps to improve cell phone reception in the city. Richards said he hasn't heard anything new since sending an email in early August.