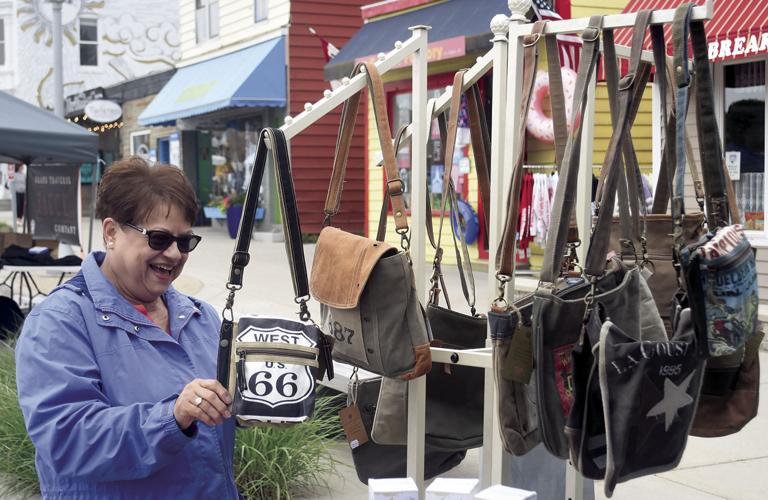 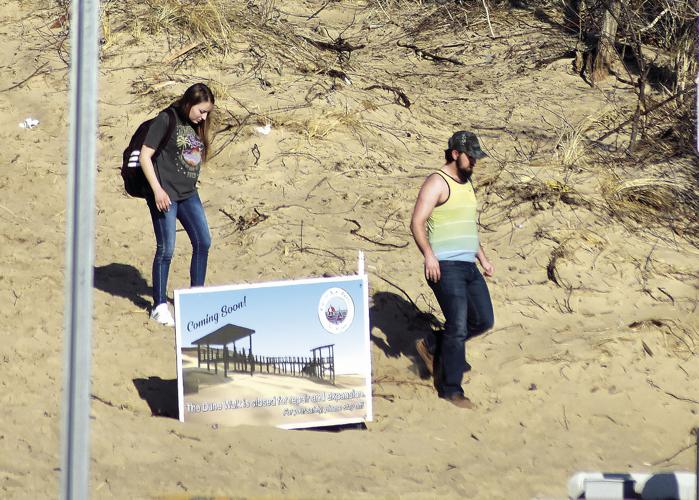 The future entry point of the New Buffalo Dune Walk.

The future entry point of the New Buffalo Dune Walk.

NEW BUFFALO — The Buffalo Farmers Market will be setting up in a new location this year.

During its March 21 regular meeting the New Buffalo City Council approved an application request from the New Buffalo Business Association (NBBA) to hold weekly markets in a lot at 114 East Mechanic St. (across the street from the Victorian Inn).

“A majority of our brick-and-mortars do not wish to have the street closed, parking spaces blocked off, or tents blocking their storefronts,” the statement continued.

So the NBBA reported that the “under-utilized parking lot” at 114 East Mechanic St. (across the street from the Victorian Inn) has been chosen for the 2022 market.

Gary Wood, a member of the NBBA Board, said a major factor in making the site change was less work for cart workers in areas such as sign delivery, parking enforcement and car removal.

“Leaving North Whittaker open to vehicles helps our businesses … our visitors will not get confused on how to get to the public beach,” he said, adding that some motorists have driven through the market when the road was closed.

During the public comment portion of the meeting, Glenn Logan talked about the need for dredging the boat channel in the harbor using the emergency dredge fund, and if necessary hiring a local contractor if permits aren’t approved in a timely manner.

At the conclusion of the meeting, even though the city has been seeking state dredging permits since late summer 2021, Mayor John Humphrey said the lead times to obtain permits are twice what they used to be.

“If we can figure out an emergency solution, we’re all for it,” he said.

Also during public comment, Dan Leung asked the City Council to reopen the bidding process related to his application to run the concession stand at the public beach.

Leung said he ran the concession in 2021, taking over the last year of a three-year contract originally awarded to Dustin Harvey/New Buffalo Beach Club.

Leung said his intention in taking over as the New Buffalo Beach concessionaire was not for it to be a one-season venture.

“My plan and desire is to be able to continue into 2022 and 2023 as I had submitted a bid for last Fall. I want to be a part of the community in contributing to what makes New Buffalo a great place to be at, and to provide a place where locals and guests can be proud of,” he said.

Leung said he was disappointed when he saw that Kona Ice was chosen for the beach concession, noting that he was told not to include a bid amount in his application.

“I noticed that in the bid application with Kona Ice offering $2,500 for the first year and $3,500 for the second year. I was surprised that the city would accept a lower amount than what I was charged for my for season at $4,000. I was prepared to offer a bid amount of $5,000 for each of the upcoming seasons.”

Leung said he asked the city manager why he was not chosen and was told the parks director had recommended that Kona Ice be given the contract.

Humphrey said the recommendation for the beach concession is related to “people were looking to make a change this year,” adding that he knows Leung had nothing to do with the first two years of the contract.

Leung also said his hours (which last summer included being open from lunch time on the weekends and after 1 p.m. on weekdays, weather-permitting) compare favorably to the projected schedule for Kona Ice.

Humphrey said the current projected concession schedule “was an oversight by us.”

“We’ve talked about increasing their hours,” he added.

Humphrey recommended that Leung investigate other opportunities in local spaces where some sort of business could be located.

And the City Council on March 21 approved awarding of the Dune Walk Restoration Phase II contract to TJM Services, LLC, in the amount of $868,728. The city has received grant funding in the amount of $440,000 to offset initial construction costs.

In other March 21 City Council matters:

• Mike Iazzetto was recognized for 30 years of service as a firefighter.

• After being contacted by the NBBA about its plans to sponsor a fireworks display, the council approved a July 2 show by Pyrotecnico Fireworks, Inc. The cost of the fireworks display is $15,000.

• The council was informed by Parks Director Kristen D’Amico in a written report that the boat ramp will open mMid-March with a new cashless system in which season passes or daily launch fees will be paid for at a new kiosk.

• The council agreed to suspend any new construction of residential dwellings in the General Commercial zoning district until December 31, 2022, while a zoning ordinance review and update in under way.

• Council members were told by Pokagon Fund Executive Director Dan Petersen that the Fund’s Vision Program is continuously accepting applications for youth (9 months through 18 years or the senior year in high school) and seniors (adults 50 years of age or older). The program provides a free routine vision exam and prescription glasses for eligible individuals. Details are available on TPF’s website.

• City Council members accepted a proposal from Abonmarche for the preliminary engineering for the Municipal Marina Utilities Project in the amount of $67,300.

• During public comment Carie O’Donnell accused the city council of “promoting conflict over compromise in our community” before leveling a series of accusations at Humphrey before the mic was cut off and she was escorted out.