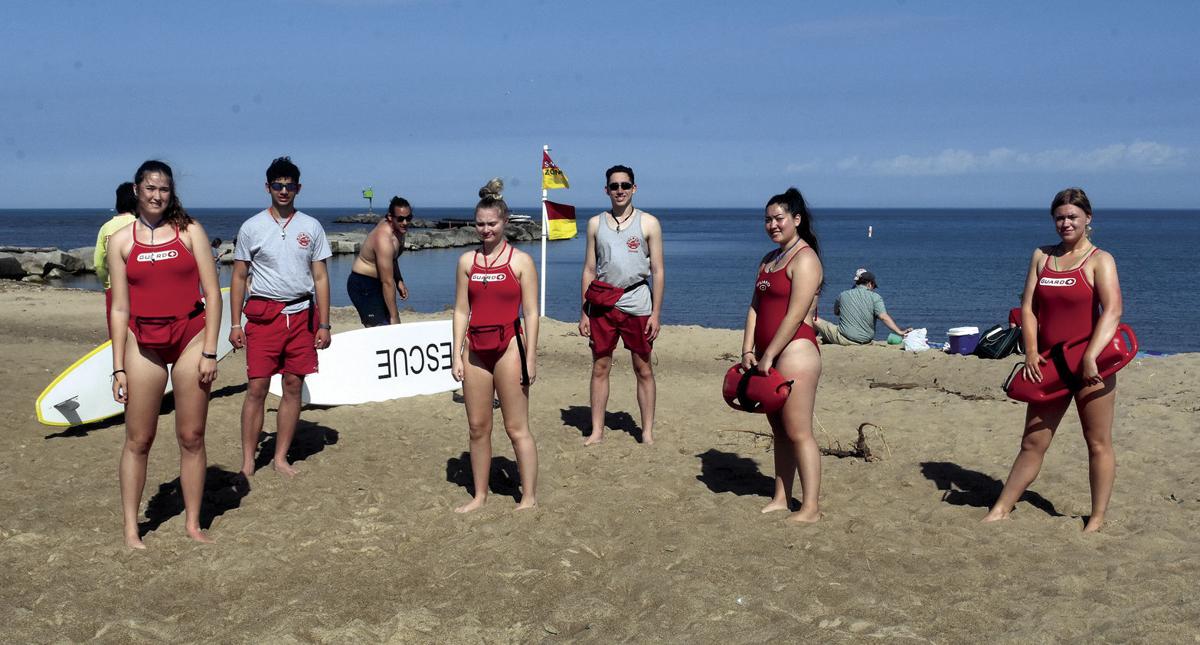 Members of New Buffalo’s 2020 lifeguard crew on the public beach. 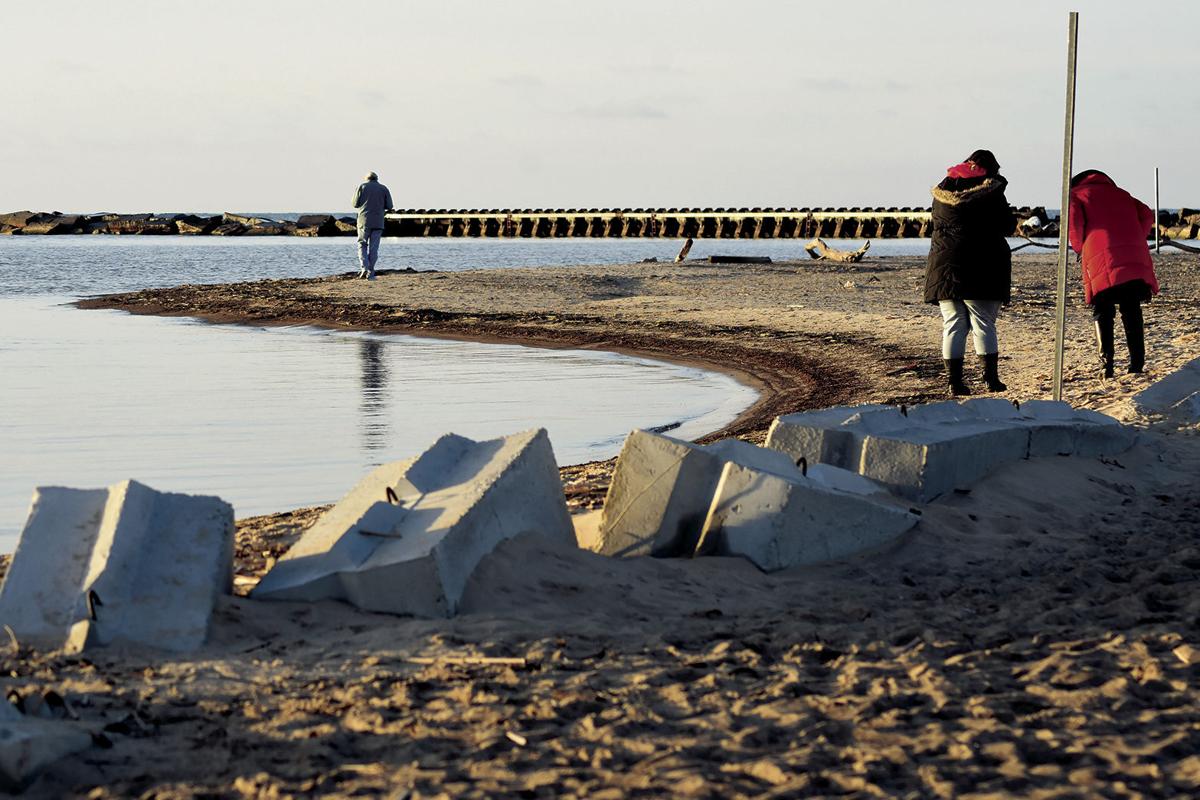 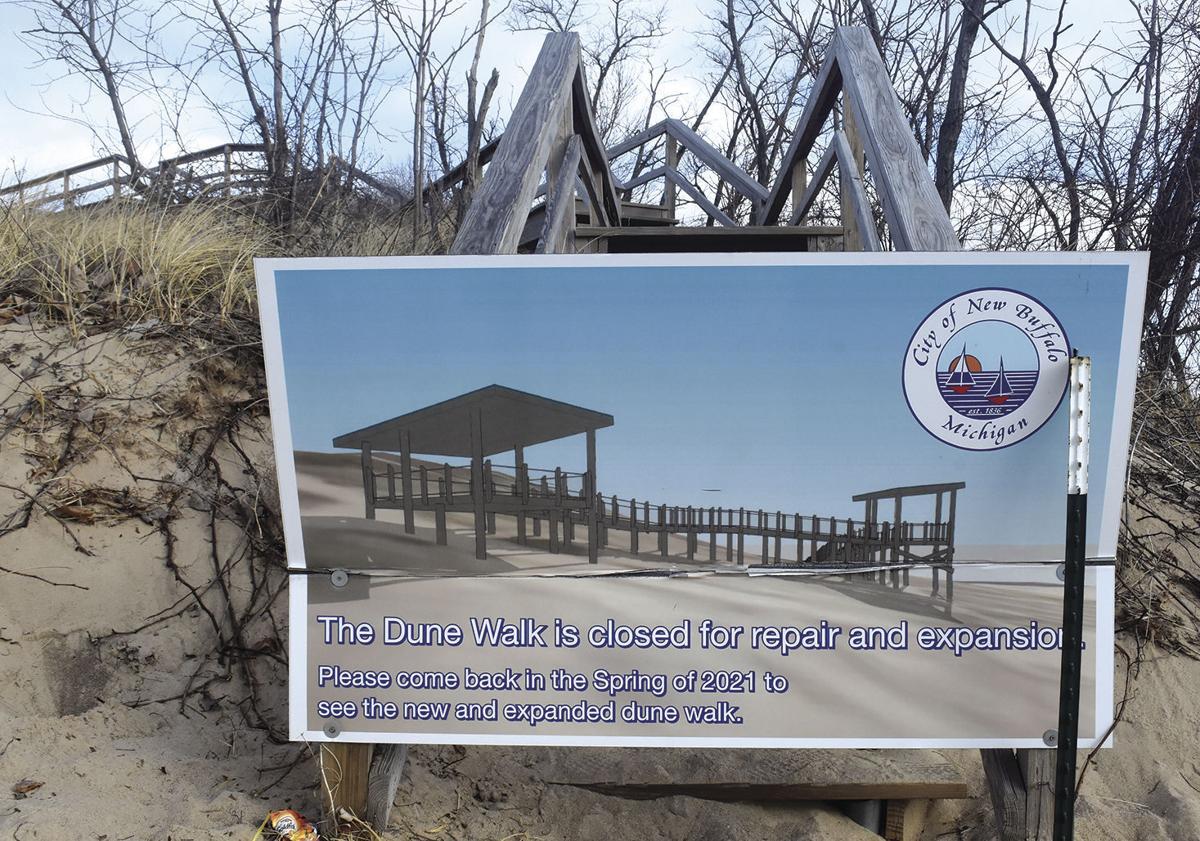 Members of New Buffalo’s 2020 lifeguard crew on the public beach.

NEW BUFFALO — Members of the New Buffalo Parks/Harbor Commission got an update on progress toward building a lifeguard crew for the summer of 2021 during its Jan. 7 regular meeting.

Nora Howe (a member of the city’s nine-member Lifeguard Committee) delivered a report on plans for the summer of 2021 to keep “the New Buffalo beach safe.”

Howe said New Buffalo Parks Director Kristen D’Amico had seven lifeguards plus two-part-timers last summer and is currently working on a budget proposal for this year which ultimately will be decided by the City Council. She later said the goal is to get the same size staff as last year.

New Buffalo Mayor John Humphrey said “I’ve been following this and I am very much in favor of everything I have seen.”

“We have four returning lifeguards at this point (including head lifeguard Nate Carlson) and hopefully five,” Howe said, adding that more are being sought through the Indeed and Handshake websites.

She said there was a lifeguard shortage last year. But with so many beaches closing during the pandemic it’s a little bit easier.

She said getting certified has become a challenge for lifeguards since so many pools are closed.

Howe noted that last year Lake Michigan had 56 drownings, one at New Buffalo’s beach in the early evening when lifeguards were no longer on duty.

She said New Buffalo’s public beach was more crowded than ever last summer partly due to the closing of public beaches in Chicago and Indiana.

Howe said the Lifeguard Committee has worked well together, adding that former City Manager Dave Richards (who passed away on Dec. 12) who was “very supportive the last two years.”

In another Jan. 7 matter, Don Stoneburner said he is concerned about locating a section of the proposed Marquette Greenway Trail along Willard Street because of the high level of traffic off U.S. 12 in the summer on busy weekends.

Tony McGhee of Abonmarche said it took a while to work out an agreement with Amtrak for a plan to site the Greenway between the state line and New Buffalo, adding that the Willard Street route in the city is being looked at due to the existing sidewalks there. He said other roads that lead from U.S. 12 to Mechanic Street also are being looked at.

“We have to have sidewalks whatever road we go down,” he said.

Acting City Manager Rich Killips noted that Berrien Street has existing sidewalks in that area and could be an alternative route.

Prior to the official start of the meeting there was some discussion about the appearance of lower Lake Michigan levels, and it was noted those levels currently are down about six inches from the recent near-record high. Although the waters could rise in the spring if there is a lot of rainfall, the lack of ice on the big lake is likely to result in increased evaporation which could further reduce water levels.

The Detroit District of the U.S. Army Corps of Engineers reported the following on Jan. 8: Since December 8th, water levels on Lakes Superior and Michigan-Huron have declined 3 inches and that January 8th projected levels for Lakes Superior and Michigan-Huron are 6 inches below last year. In the coming month, the forecast projects Lake Superior to decline 3 inches, Lake Michigan-Huron to decline 1 inch, and Lake Erie to rise 1 inch (for some examples, see More of the Shore photos in the News section of this website).

In other Jan. 7 Parks/Harbor Commission business:

Humphrey said the concrete blocks at the public beach that have sunk into the sand due to high-water events will soon be removed and relocated to alter the overall orientation of the protective structure. Killips said the sunken blocks will be used to reinforce the corner of the lot that has been damaged by high waters in the nearby river.

D’Amico said trailers belonging to vendors that rent kayaks at the boat launch and operate the food concession at the beach will be removed in the near future, adding that they can return during the summer and will have to come off city property again when the 2021 season is over.

Commissioners were given an update on the process of plans to repair the municipal marina building (which was damaged by a fire that started in a bath room last summer) which involves getting bids sent out and awarding the project over the next few months with a goal of having the facility open in time for the boating season. It was later noted that upgrading electrical service, adding air conditioning and other upgrades are planned.

The Commission received an update on the planned reconstruction of the Dune Walk at the public beach. McGhee said a grant from the state is expected to be received soon and if work is still going on in May and June it shouldn’t effect parking or the lakefront.

In her report to the Commission, D’Amico said the city is currently waiting on the final contract from the state Land and Water Conservation Fund (source of the grant funding the project), adding that the bid package is ready and expected to go out on Jan. 15.

“Once we have the final go ahead from LWCF we can go out for bid, get the contractor selected and commence work on the dune walk. As of now, we are anticipating the project to be fully completed by July,” she wrote.

It was noted that the parks millage was renewed in November renewed and Don Stoneburner asked members to prepare ideas and suggestions involving projects for the next meeting. D’Amico said there are plans to re-stripe and re-seal the boat ramp lot this year.