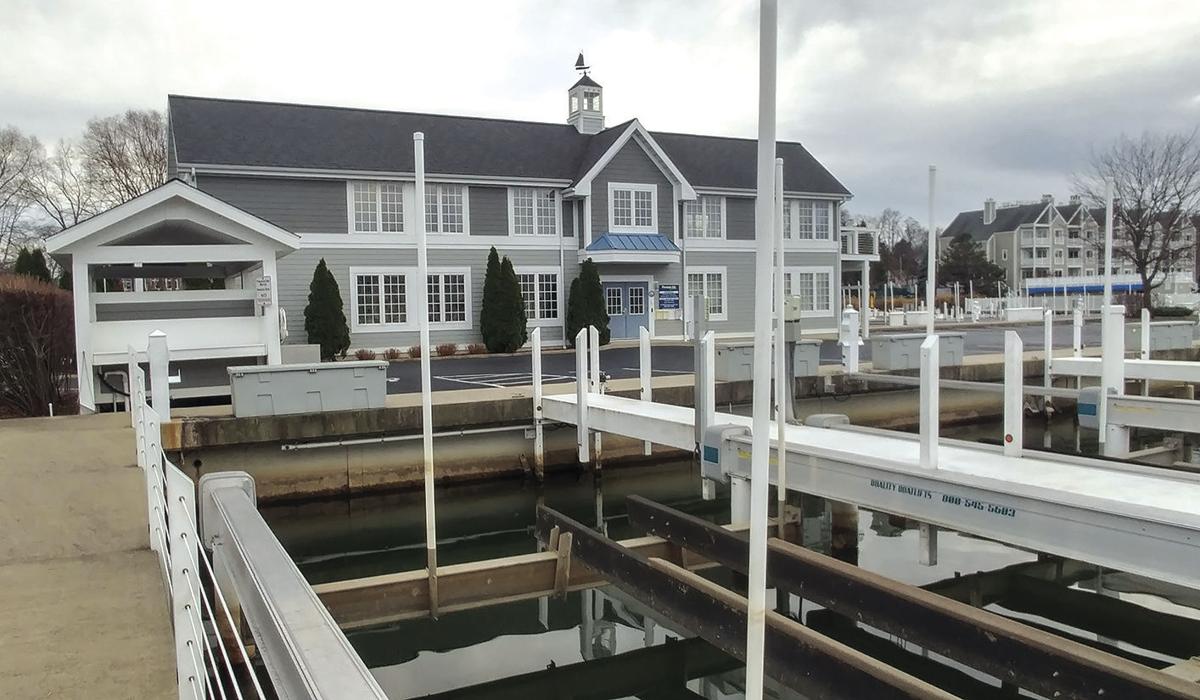 A view of the Pleasure Isle Marina building and two of its 26 boat slips in New Buffalo’s harbor. 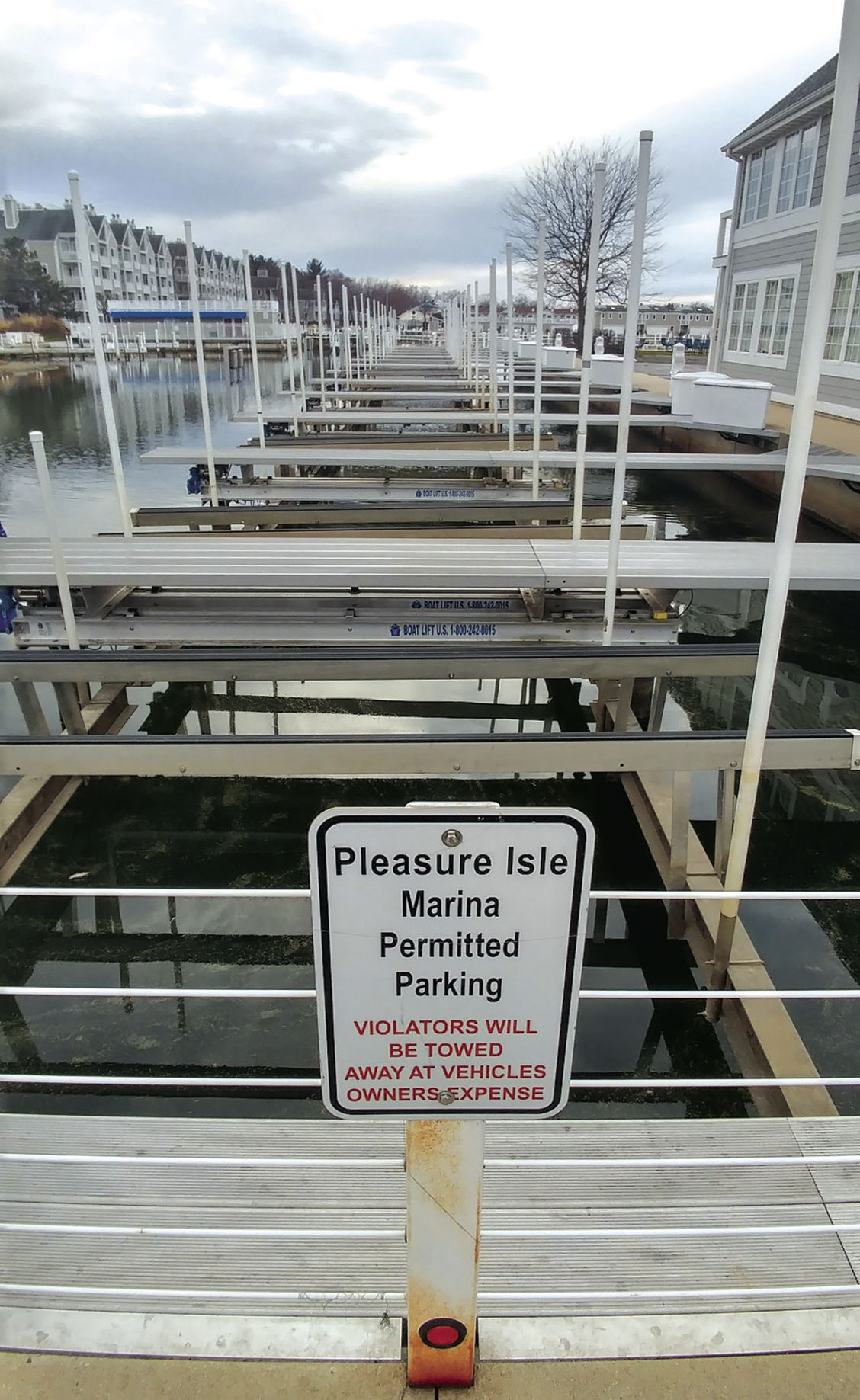 Some of the 26 boat slips in New Buffalo’s Pleasure Isle Marina.

A view of the Pleasure Isle Marina building and two of its 26 boat slips in New Buffalo’s harbor.

Some of the 26 boat slips in New Buffalo’s Pleasure Isle Marina.

The board unanimously approved a conditional agreement to purchase the marina (including 26 boat slips and the first floor of a two-story building on the property) from the William J. Deputy Foundation for $500,000 (to paid off over six years).

“We’re very grateful for this very generous offer by the Deputy Foundation,” said Township Supervisor Michelle Heit, adding that if the board accepts the offer they will make sure it’s a “wonderful tribute to William J. Deputy.”

John Deputy spoke on behalf of the Foundation, founded by his uncle William J. “Bill” Deputy shortly before his death in 2008 following “a courageous battle with cancer.”

He noted that this offer represents “the largest gift that the Bill Deputy Foundation wold have donated in the 12-year history. So it’s very meaningful to us to be able to do this.”

“It was their vision to build the premier marina in New Buffalo. They didn’t want to be the biggest, but they wanted to be the best.”

He talked about his uncle’s long association with his adopted home of New Buffalo which included a lifelong love of boating, membership on the local Harbor Commission and the New Buffalo Yacht Club, serving as a mentor who helped put local kids through college, and as a philanthropist who supported parks.

John said members of the Deputy family decided that offering the marina to the local community was the best way to honor Bill’s memory. He said Pleasure Isle Marina is “a very successful operation which will benefit the New Buffalo community for many years to come.”

He said the marina’s boat slips were fully leased in 2020, adding “we expect it to be fully leased in the year 2021.” It was later noted that there is a waiting list and people representing more than half of the spaces have already signed up for the coming year.

“We feel like next year we’ll be fully leased,” John said.

Deputy also noted that some of the boat slip renters are local citizens.

“This marina will provide an economic benefit to assist with the continued investments in your parks and the recreational areas throughout the community,” he said.

Heit said the proposal is “somewhat of a donation, but it’s a complicated way that we have to do it.”

The Foundation will sell the renovated second floor of the two-story building on the property separately as a two-bedroom, two-bath, two parking spaces condominium, with that unit’s owner and the township then forming a two-member association to deal with issues like capital improvements and general maintenance items. Deputy said there also are four separate bathrooms each with a sink, shower and toilet to serve the slip renters and the first-floor office.

The Township will have six years to pay off the $500,000 to the foundation (for a marina said to have an estimated value of $3 million). Heit noted that the revenue from the 26 boat slips (estimated at $136,000 annually plus $1,000 a month from a business that has leased the first floor of the building for the last six years) are expected to cover those payments (due June 1 each year) despite property taxes of nearly $20,000 a year and some maintenance/upkeep costs.

If owning the marina just isn’t working out for the township, Heit said the Foundation has agreed to buy it back at 90 cents on the dollar. “We want this to work,” John Deputy noted, later saying the Foundation will do everything it can to ensure a smooth transition.

Heit said revenues for the township over the first 25 years of the agreement are estimated to total at least $1 million. For that time period the township is required to used the money for parks, recreation, waterways and related programs (Deputy noted that funds can be built up over time and attached to matching funds and grants). After 25 years the township can designate proceeds (which Heit estimated at a minimum of $3 million) for any public uses it deems appropriate. The property cannot be sold until 75 years have passed.

Heit said Tony McGhee of Abonmarche and Mike Morphey also have taken a look at the marina and both “had no concerns” and were “very impressed.”

Township Attorney Michael Homier said there are still some issues such as ensuring the facility is ADA-compliant that will require “some fine tuning” between lawyers from both sides.

He said making the tax-deduction deadline of Dec. 15 that the Foundation is hoping to make is “going to be tight.”

From a legal standpoint he said the township has the right to own property in the City of New Buffalo.

Wording of the resolution (which Homier said was drafted to allow the Township Board to conditionally approve the sale, purchase and donation agreement on its “material terms” such as the purchase price, with legal details to be reviewed and approved by counsel before the supervisor and clerk are authorized to approve documents to close the transaction) as passed 5-0 by the Township Board on Nov. 30 follows:

WHEREAS, the Bill Deputy Foundation (“Foundation”) has approached the Township about real property in the City of New Buffalo known as the Pleasure Isle Marina, which property is located on navigable waters and includes boat slips, parking, a two-story building, and related improvements, and which property is more particularly described in Exhibit A (“Property”); and

WHEREAS, the Property is currently owned by Onex Properties, LLC, an entity related to the Foundation; and

WHEREAS, the Foundation has requested that the Township consider purchasing the Property at a price of $500,000, which is below fair market value, with the difference in value between the purchase price and the fair market value being treated as a donation to the Township (the “Material Terms”); and

WHEREAS, the purchase and donation would be subject to certain other terms and conditions as set forth in the proposed Sale, Purchase and Donation Agreement and the proposed Promissory Note attached as Exhibit A (collectively, the “Agreement”); and

WHEREAS, the Township believes that acquiring and operating the Property will serve a public purpose and that such acquisition is in the best interest of the public health, safety, and welfare.

“This resolution does not necessarily commit you to lock, stock and barrel to purchasing the property,” Homier said prior to the vote. “There are a number of details that we still have to iron out in terms of the agreement, and provided that we can get the title work and get to close by the 15th.”

Township Clerk Judy Zabicki noted that the township didn’t jump into the deal lightly despite the details coming together in a short amount of time.

“It’s been a busy week and we’re doing our due diligence,” Heit added.