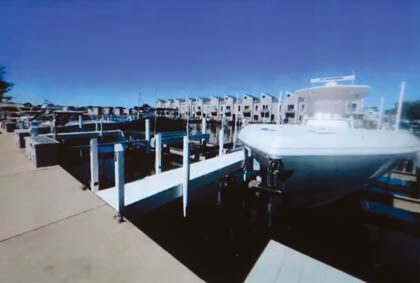 A view of some of the boat slips at Pleasure Isle Marina. 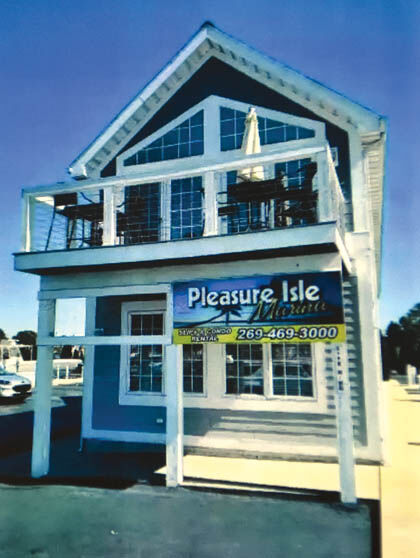 The building at Pleasure Isle Marina.

A view of some of the boat slips at Pleasure Isle Marina.

The building at Pleasure Isle Marina.

NEW BUFFALO — The City of New Buffalo is gaining a marina.

Mayor Lou O’Donnell IV announced during the Monday, Sept. 21, City Council meeting that the William J. Deputy Endowment Fund is making a “quite substantial” donation to the city in the form of the entire Pleasure Isle Marina, which is located near the city’s 32-slip municipal marina and has an assessed value (minus an onsite condo) of $3.1 million.

O’Donnell said representatives of the William J. Deputy Foundation recently met with council member Bob Spirito, City Manager David Richards and himself regarding the donation. He said the Foundation was a partner in the Pleasure Isle Marina and bought out the other owners earlier this year.

In addition to 26 state-of-the-art boat slips (13 of them 30 feet and an equal number 40 feet), O’Donnell said there is a building on site that includes an office, bathrooms, benches, locker facilities for those who rent the slips (“or if there were ever transient slips in the future”). He noted that the slips are currently rented.

O’Donnell said the second-floor and part of the first level of the building will be sold off as condominiums, with the rest going to the city.

He added that 16 of the boat slips feature automatic lifts that can get vessels clear of the water. Other amenities of the marina include parking and a gated set-up.

John Deputy of the William J. Deputy Foundation said Pleasure Isle Marina was developed in the early 2000s by Bob Hotovy and his uncle, Bill Deputy (along with partners Arie and Ronnie Donkersloot), with the goal of being the best.

He said Bill Deputy, who passed away in 2008, was actively involved in the Harbor Commission and the New Buffalo Yacht Club, and helped put several local students through college.

John Deputy said the marina was donated to the city honor Bill’s legacy.

“Pleasure Isle Marina is a successful operation which we feel will benefit the New Buffalo community for many years to come,” he said.

O’Donnell said an official acceptance of the donation and some sort of groundbreaking are on the horizon.

• The council decided to advertise a part-time Code Enforcement Officer position, with a final decision based on the response.

• Voted for a paving contract with Black Top Specialist to make roadway improvements to North Whittaker Street between the bridge and beach parking lot designed to address the damage done to the roadway from previous standing water and create a means to shed storm-water from the roadway to the adjoining park area. The company’s bid was $35,000.

• Were told by O’Donnell that the Marquette Greenway project “is not dead in the water,” but will require easements from the Amtrak right-of-way south of the city.

• Agreed to seek bids on repairs and rehabilitation of the city’s 300,000-gallon water tank at the water plant.

• Appointed O’Donnell and Richards to an exploratory committee that will look into forming an area recreational authority.