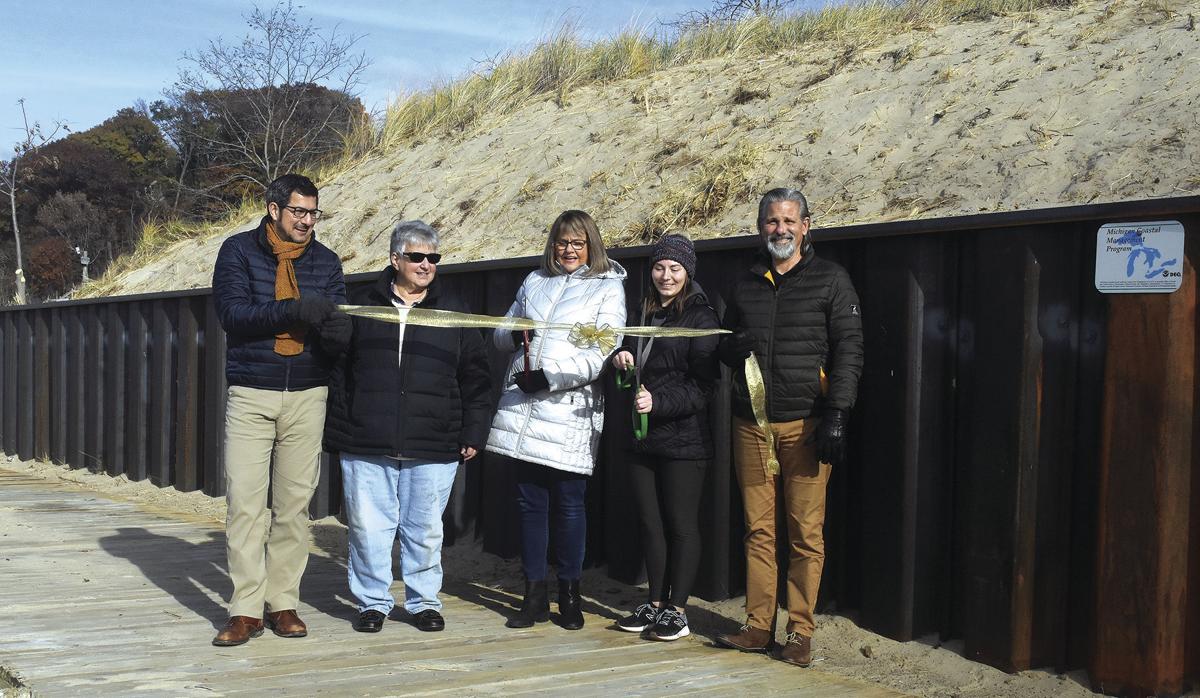 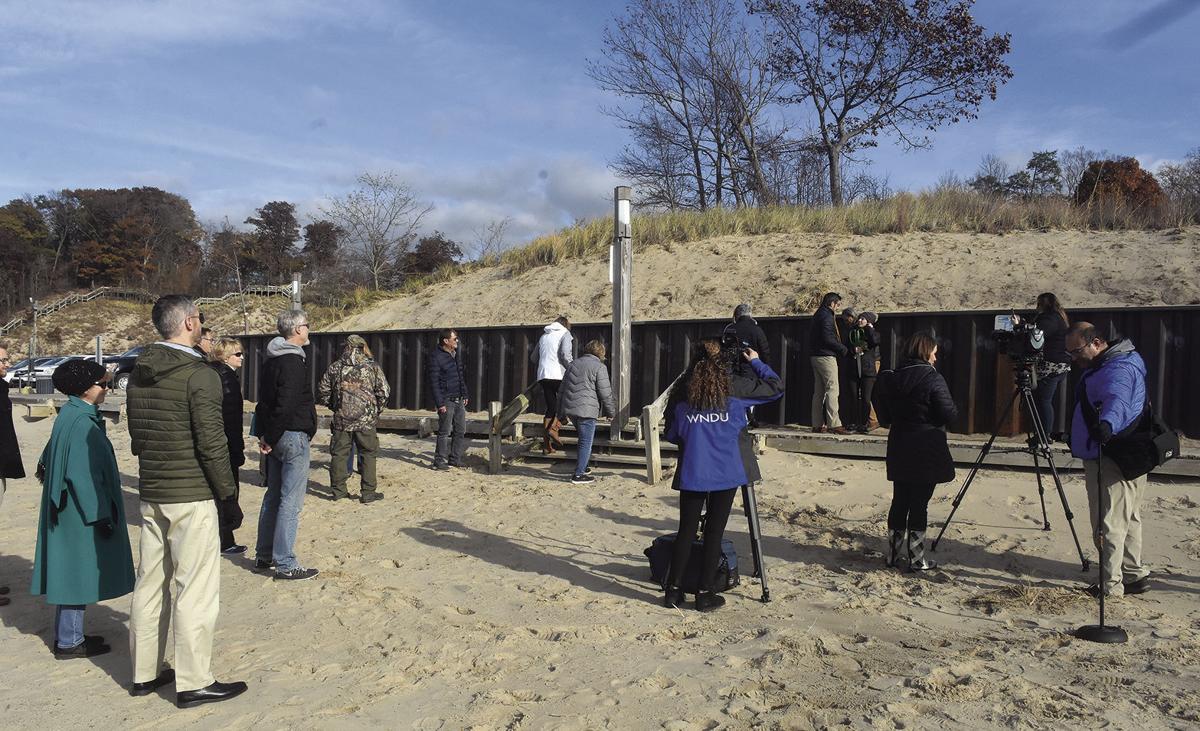 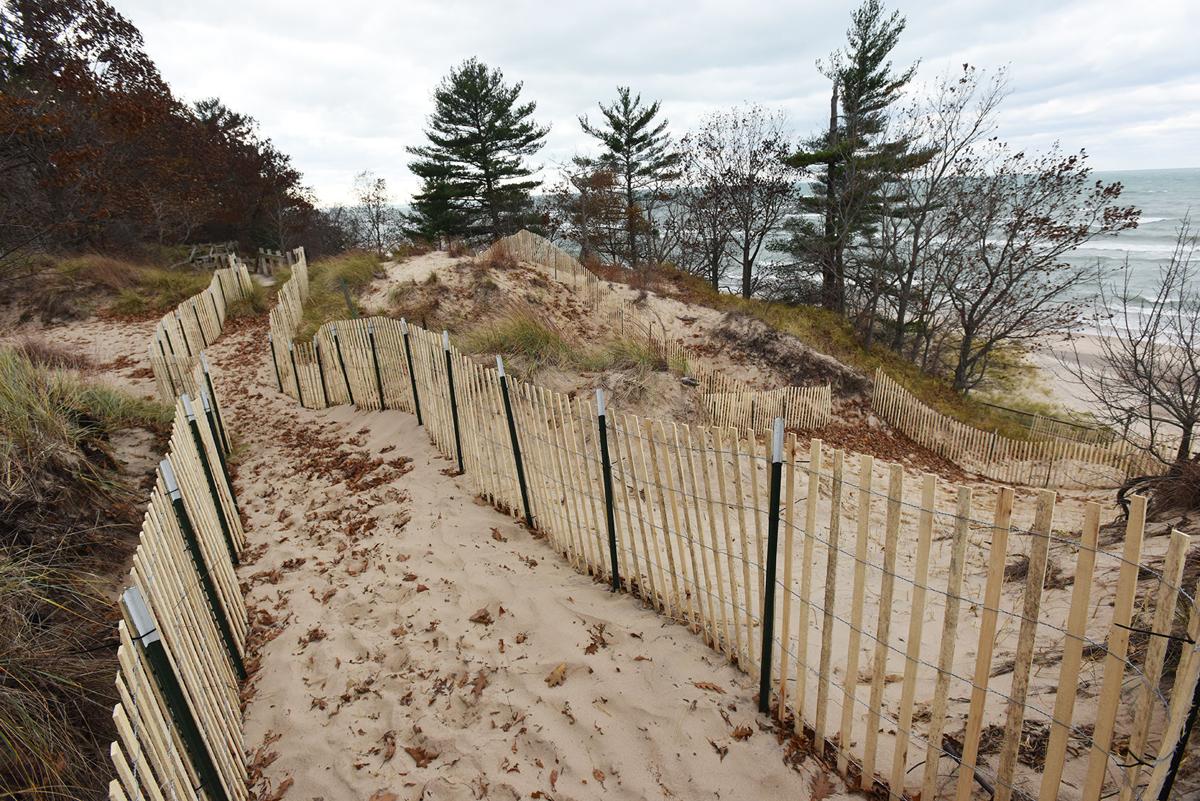 Dunes are being stabilized as part of a new project at Weko Beach in Bridgman. 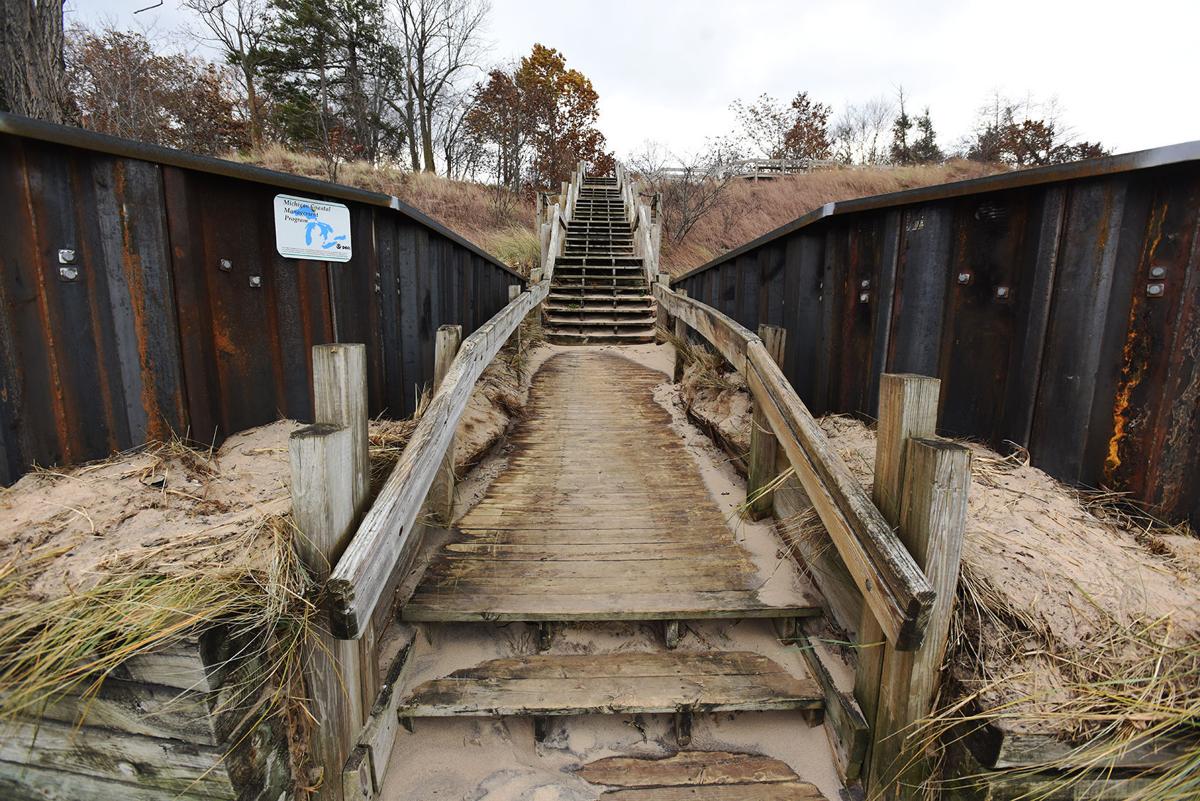 Dunes at Weko Beach had a retaining wall and plantings added as part of a recent project. 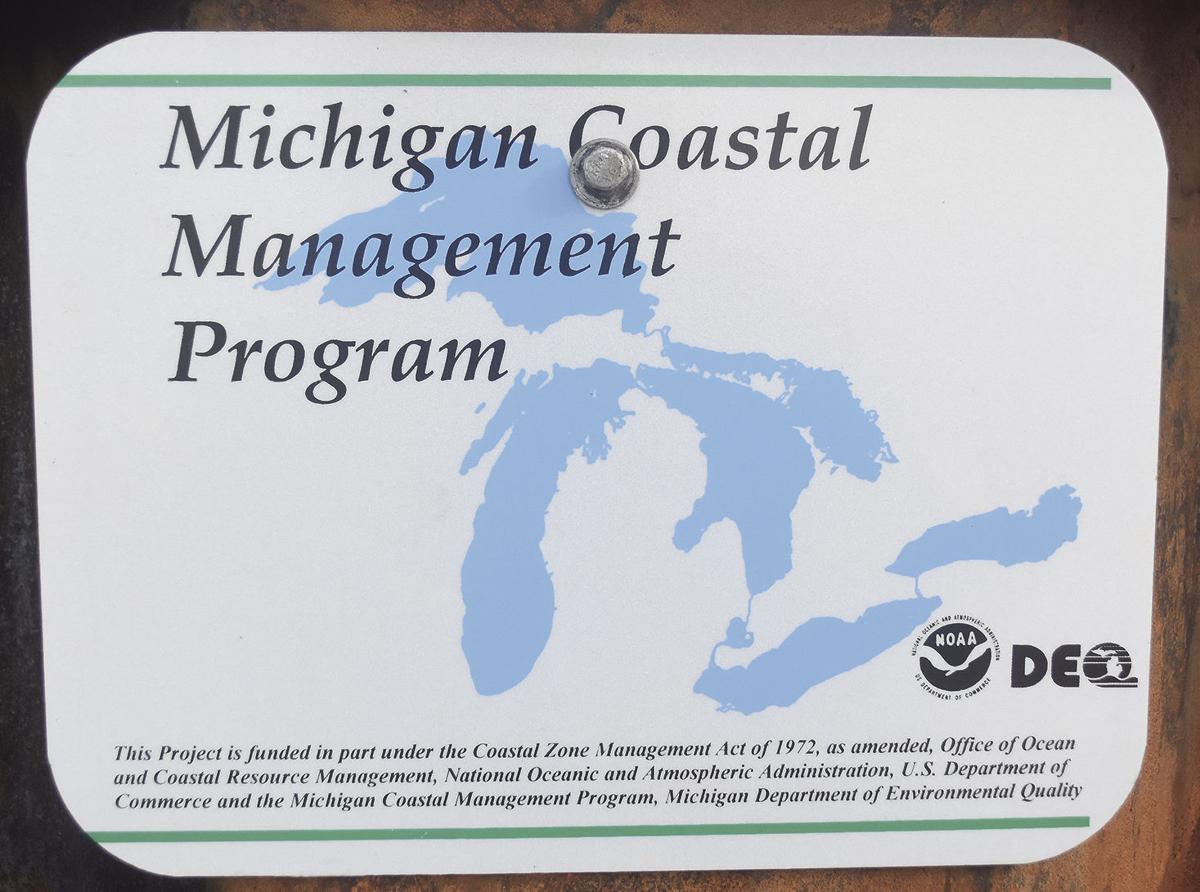 Dunes are being stabilized as part of a new project at Weko Beach in Bridgman.

Dunes at Weko Beach had a retaining wall and plantings added as part of a recent project.

BRIDGMAN — The completion of a new retaining wall at Weko Beach was celebrated by Bridgman officials on Friday, Nov. 19.

The city of Bridgman received a Michigan Coastal Management Grant from the Department of Energy, Great Lakes and Environment (EGLE) and the Water Resources Division to replace a failing wooden wall with a steel structure to separate a boardwalk from the dune that rises above it.

A well-attended ribbon-cutting ceremony took place on the afternoon of Nov. 19.

Abonmarche Consultants offered to write the grant, given that if the city received it, the city would use Abonmarche’s services. Abonmarche applied for the grant in August 2019, and the city discovered it had received the $75,000 matching grant from EGLE in December 2020.

Construction began and ended in October of this year. Triple D Excavating was the contractor, Ball said.

The repairs were dearly needed, Ball said. The boardwalk was starting to be obscured by sand.

“Now you can actually walk the boardwalk with ease,” she said.

In addition to a long stretch of retaining wall on the south beach that was replaced, the project also included a small portion by the south staircase using sheet piling and the planting of dune grass to help stabilize the dune.

“It was getting ready to collapse basically,” Ball said. “It had to be done.”

The retaining wall’s poor condition was mostly because of age, which Ball estimated to be at least 20 years old.

“It’s an accomplishment in my line of work to see a grant from start to finish, so it’s exciting for me,” Ball said. “But then, just in general, the city of Bridgman, to receive the grant from the state to help us out, that’s just exciting.”

Since the city received and executed this grant, Ball said it will help the city’s standing when going for future grants.