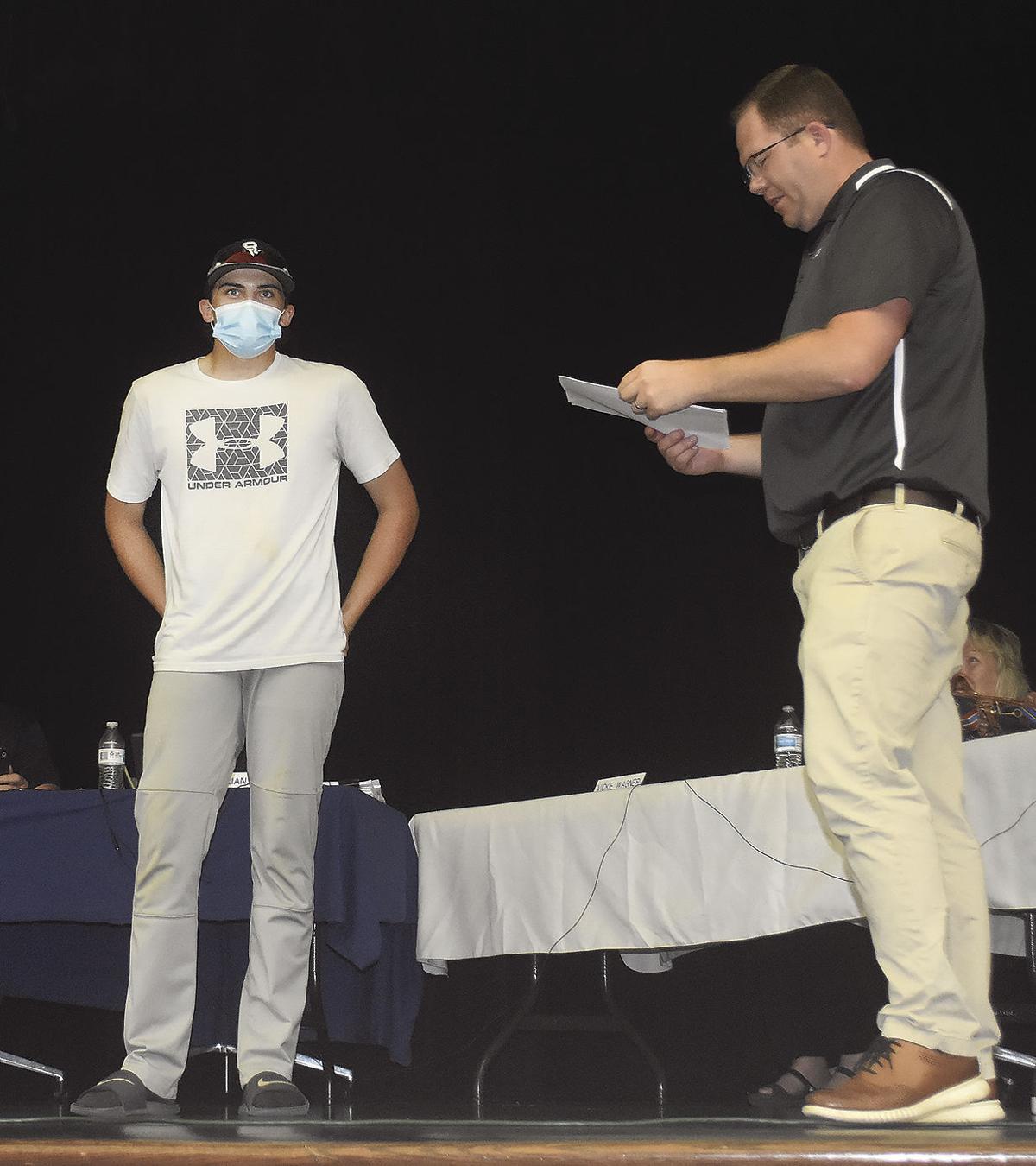 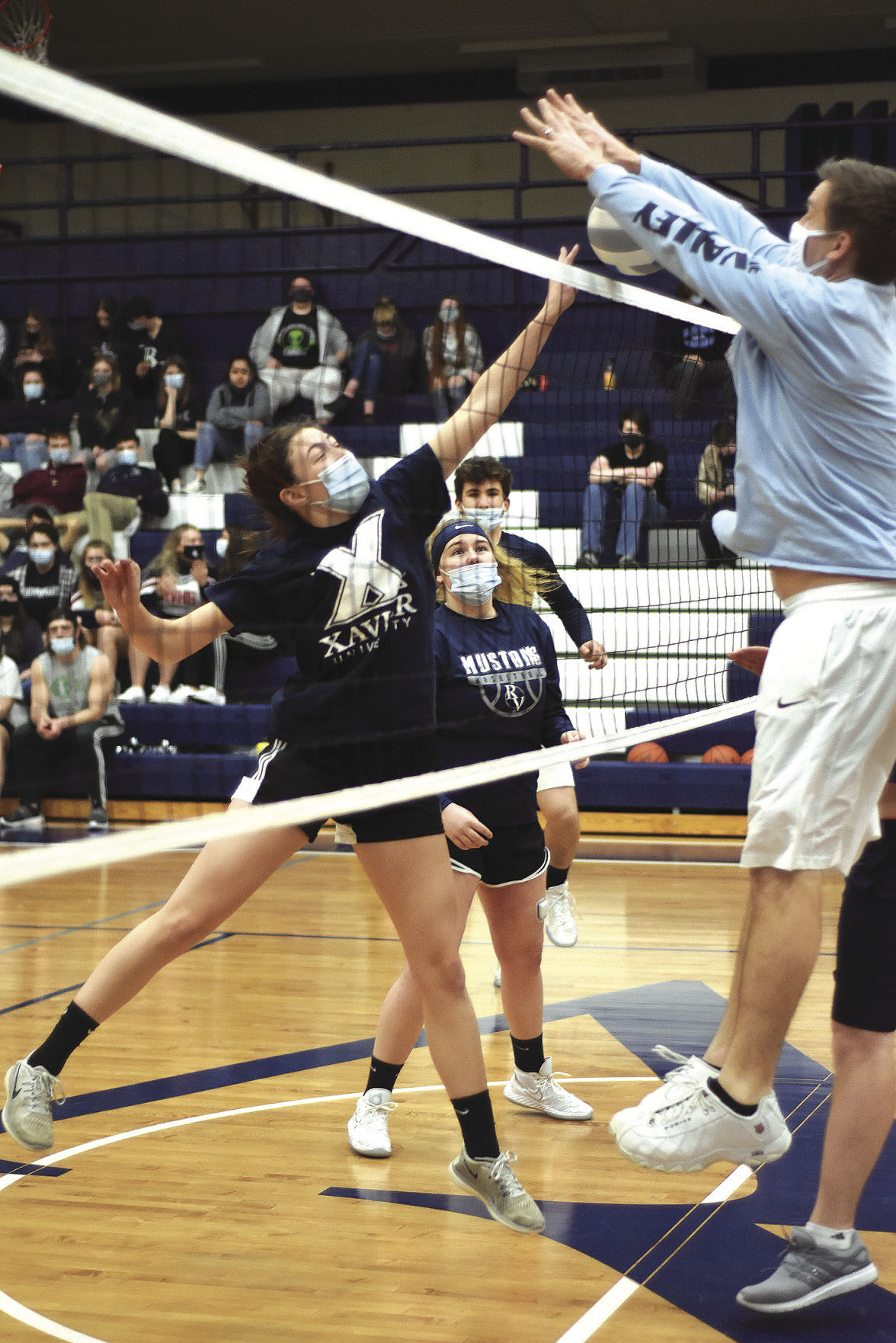 THREE OAKS — The River Valley Board of Education chose a new Middle/High School principal from the district’s current staff during its Monday, May 24, regular meeting.

“Pat Breen’s been an unbelievable mentor, and a colleague and a friend. I’ve learned a great from him,” said Ryan Portenga of the man he will succeed as River Valley Middle/High School principal.

“Between Mr. Breen, our staff, our students and our community I am just extremely excited about the prospects moving forward, and I am honored to be in this role,” Portenga said.

Breen said he will stay at RV until the end of the current school year and participate in the 2021 graduation ceremony before heading to the Constantine district to serve as high school principal. He has been at River Valley Middle/High School for eight years – the last four as principal. Breen previously served as assistant principal and athletic director – the same position Portenga has held during his two years at River Valley.

Breen said he is very sad to leave the River Valley district.

“A piece of my heart will always be here,” he added.

Breen noted that Jim Wiseley, the assistant principal/athletic director at River Valley before Portenga, is the current superintendent of the Constantine Schools.

An agenda for a special May 26 board meeting sent out Tuesday morning, May 25, included the following item: “Closed Session to Consider Written Attorney-Client Privileged Communication Exempt from Disclosure or Discussion – RE: Superintendent Resignation”

That issue was not mentioned during the May 24 meeting except when a member of the public asked where the superintendent was.

Also on May 24, the Board Education voted 7-0 to deny a May 11 motion for reconsideration from attorneys representing Heidi Clark asking board members to either reinstate Clark as Chikaming Elementary principal or conduct a new meeting on the issue. The board instead agreed to re-affirm its April 19-20 decision to terminate the employment of Clark as principal by approving a resolution that included the following language: “Mrs. Clark failed to be entirely truthful on at east two occasions when acting on behalf of the district in her capacity as principal.”

Several board members spoke on the subject prior to the vote.

Phil Bender said “many hours of research and study were undertaken by each of the board members,” adding that due to measures taken to protect Clark’s privacy rights no information was forthcoming form the board.

“As a result Mrs. Clark and her supporters were able to control the narrative for over two months.”

Jennifer Alderink asked “What does moving forward look like? … None of us know right now.”

“This whole situation has been extremely difficult for everybody involved,” said Mike Ehlert.

“Contrary to what some people think, I didn’t make any decision prior to that meeting on the 19th.”

Gail Freehling said she doesn’t believe the district should ever get involved in a custody battle “that’s so contentious to start off with.”

“I don’t believe that any of us asked for this and nobody enjoyed this, and I just hope that we can move forward and heal,” she said.

Nikki Springer said the April 19-20 vote was “the hardest decision I’ve ever made.”

“Heidi was my daughter’s teacher, she was my other daughter’s principal. When my father passed away she was at his funeral to support my daughters.”

Earlier in the meeting during the public comment period, several members of the public spoke in support of reinstating Clark as principal.

Rebecca Burnette said “the board still holds the power to recognize and rectify their misjudgment and make the situation right by overturning their previous ruling, and for holding the superintendent accountable for mishandling the situation.”

Rachel Lang also asked the board to reconsider its decision on terminating Clark.

Erica Pinette said she feels school board members need to be held accountable.

“I do believe that policy was violated in that meeting, specifically with information security and confidentiality, and the disciplinary action is the same as what Mrs. Clark was held too.”

During a report on the district’s Finance Committee, Bender said the idea of housing all of the district’s students in a “first-rate educational facility” at the site of the current Middle/High School could be achieved without raising taxes due to the availability of federal funds as seed money, and the more than $600,000 in annual savings from not having to operate the Three Oaks and Chikaming elementary campuses.

“There would be modifications, there would have to be additional construction, and we would not have to go to the taxpayers for a single penny,” he said, adding that the total cost of the project is estimated at around $8 million and it could be ready for students in 2022-2023.

Bender later noted that the Three Oaks building is 70 years old, the Chikaming facility was built 64 years ago (and includes a boiler that could go out at any time). Even the Middle/High School is over 50 years old.

“We will want input of course from the community,” he concluded.